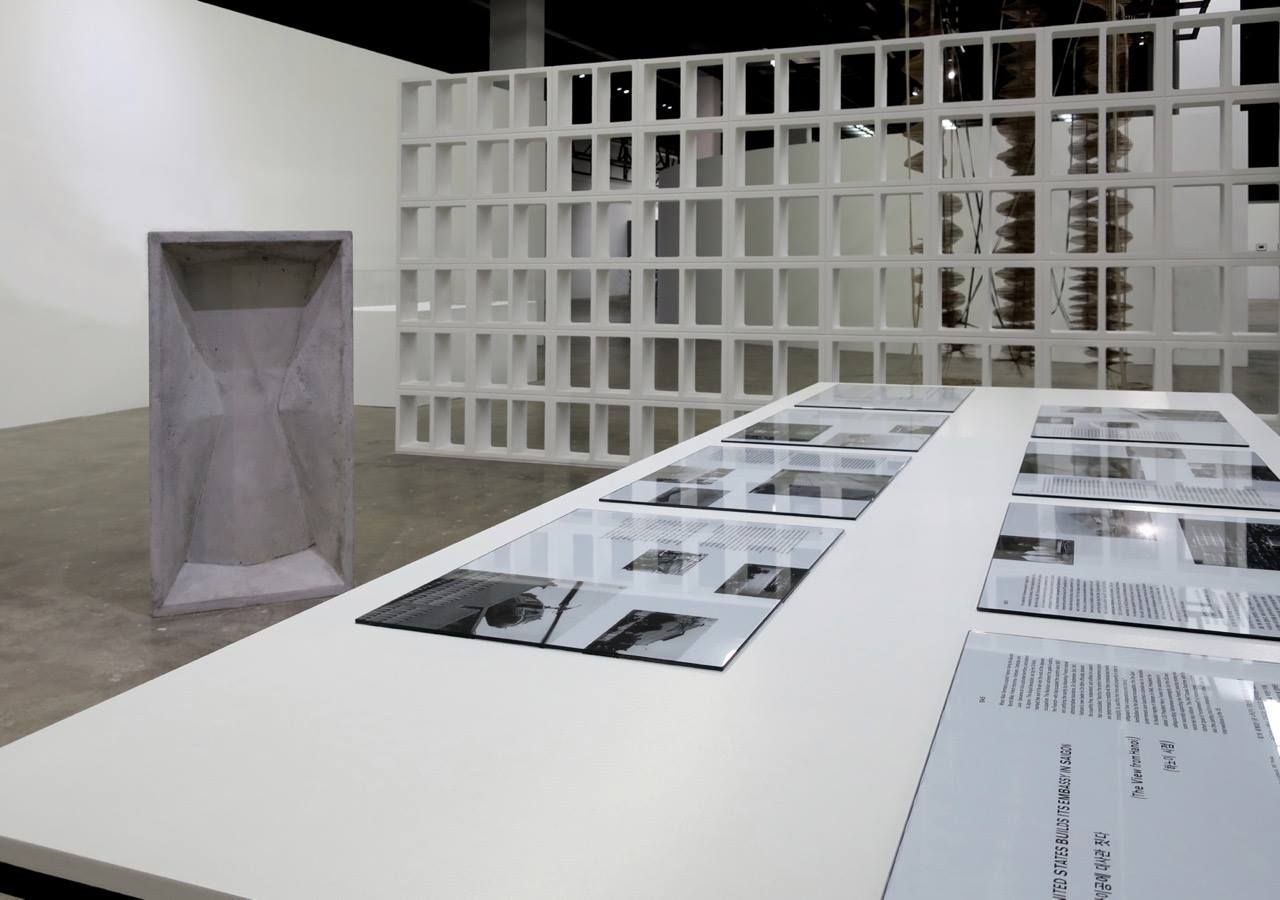 Saigon Case Study an installation by Terence Gower is showing at the Gwangju Biennale. This installation is the third in a series based on Gower's research into US embassies built during the #ColdWar: #Baghdad, 1960; #Havana, 1953; and now #Saigon, 1967. The 1967 US embassy in Saigon (now Ho Chi Minh City) was an instrument of US Cold War “free world” rhetoric. The 1954 #GenevaConvention established a #Vietnam newly independent from colonial France, and introduced a north-south administrative division to be removed through a national general election and reunification in 1956. The socialist government of #HoChiMinh was widely expected to win that election. The US chose to disregard the Geneva Agreement and to support the development of an anti-communist state in the south, in keeping with the “containment” policies of the #TrumanDoctrine. Diplomatic recognition and the construction of an embassy were the first steps in this legitimizing process. Saigon Case Study is built around two opposing historical narratives—The View from Hanoi and The View from Washington—compiled from the artist’s research and running through a set of four digital prints with identical layouts and illustrations. Each narrative advances its own interpretation—including a distinct nomenclature—of events in the long Vietnam conflict of the #1960s and #70s. The delicate tissue between these two narratives is the skin of the US embassy building itself: a concrete lattice facade and a sculptural perimeter wall, both penetrated in the 1968 #MauThan General Offensive and Uprising (known as the Tet Offensive in the US). These concrete membranes are the models for the installation’s two large-scale sculptures.