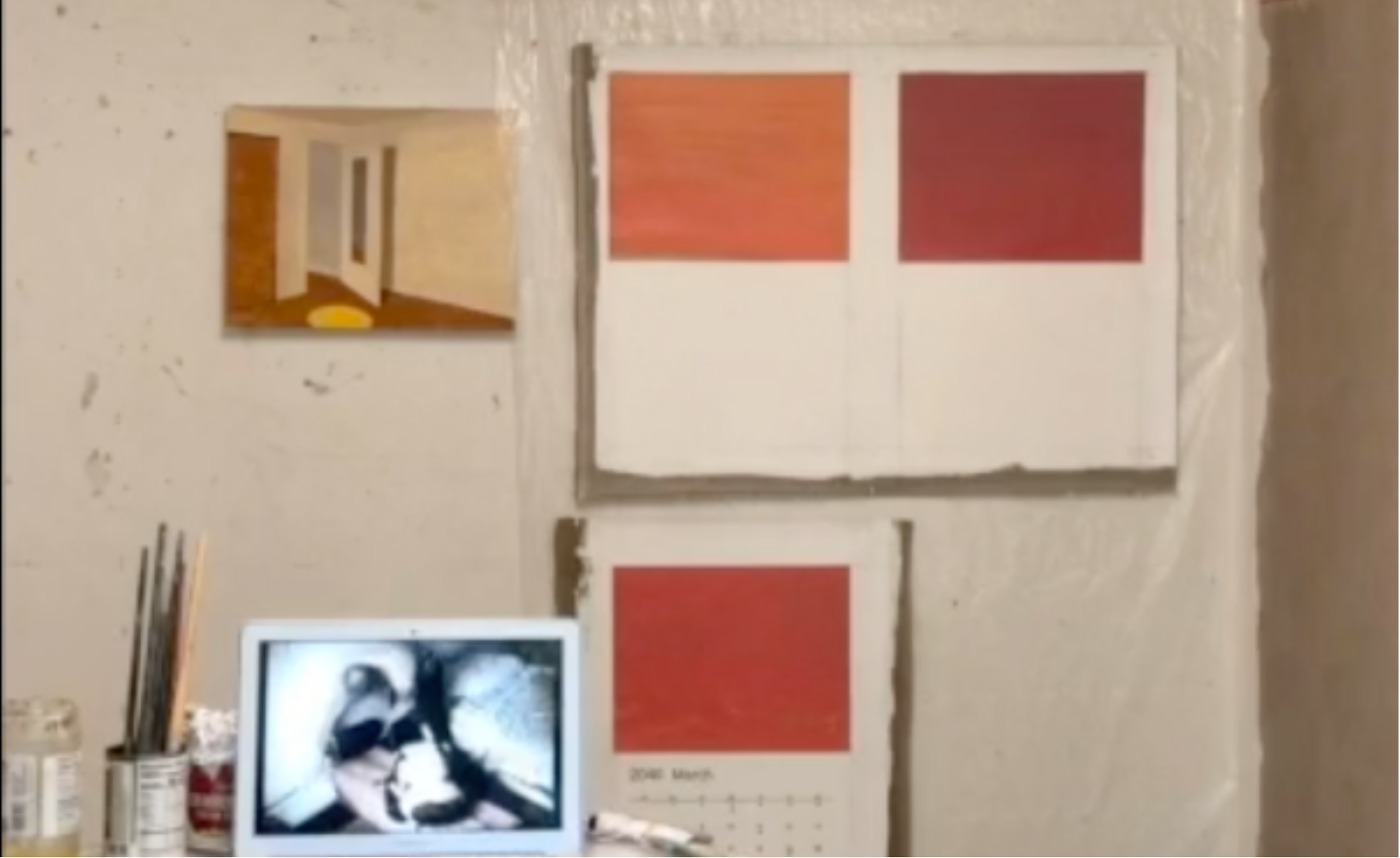 In the video of Roger White´s studio, a laptop is playing footage from a performance documentary: “Tehching Hsieh’s One Year Performance (Outdoor Piece)” from 1981. It’s the one where he vows to never set foot inside any structure for one year, and so becomes voluntarily homeless in New York City. Roger White thought it was an appropriate counterpoint to the idea of the studio (the most interior of interior spaces) at a time when we’re all stuck indoors. The excerpt happens at the beginning of the documentary, when the artist leaves his apartment and is greeted on the street by well-wishers—a beautiful moment!