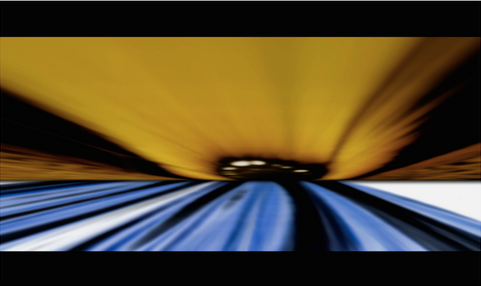 Pablo Vargas Lugo presents Atlas at the Museo Universitario del Chopo, a video made from the Star Gate sequence, which constitutes the climax of 2001: A Sapace Odyssey (1968), by the American filmmaker Stanley Kubrick. The dormal patterns of the wings of around 25 different species of butterflies are the central motif of Vargas Lugo's video. Atlas roughly traces the sequence of Kubrick's film in its times and rhythms, reproducing some technical aspects. In collaboration with the film photographer Rafael Ortega, the artist filmed the patterns on a set designed for macro photography, in which it was possible to make precise paths of the wings. Likewise, the musician Juan Cristóbal Cerillo created an original composition for this work.