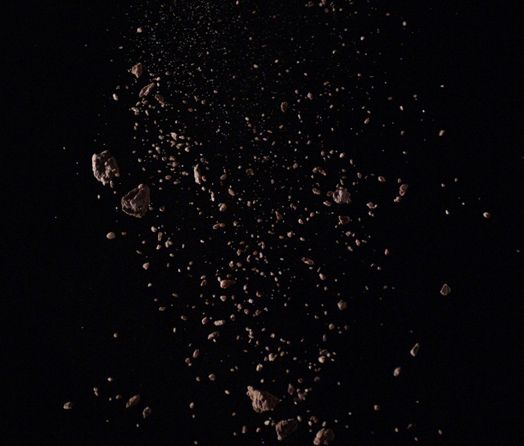 We are pleased to announce that “A World Undone” (2012) by Nicholas Mangan has been acquired by Tate and the MCA Australia as part of the International Joint Acquisition Program supported by Qantas.

The action was filmed with a camera that captures movement at a speed of 2500 frames per second, a metaphor for a worrying and inevitable future.

“The airborne dust elicits an image of the earth’s crust dematerializing, a rear vision view of the earth’s becoming; an inverted cosmos.” - Nicholas Mangan