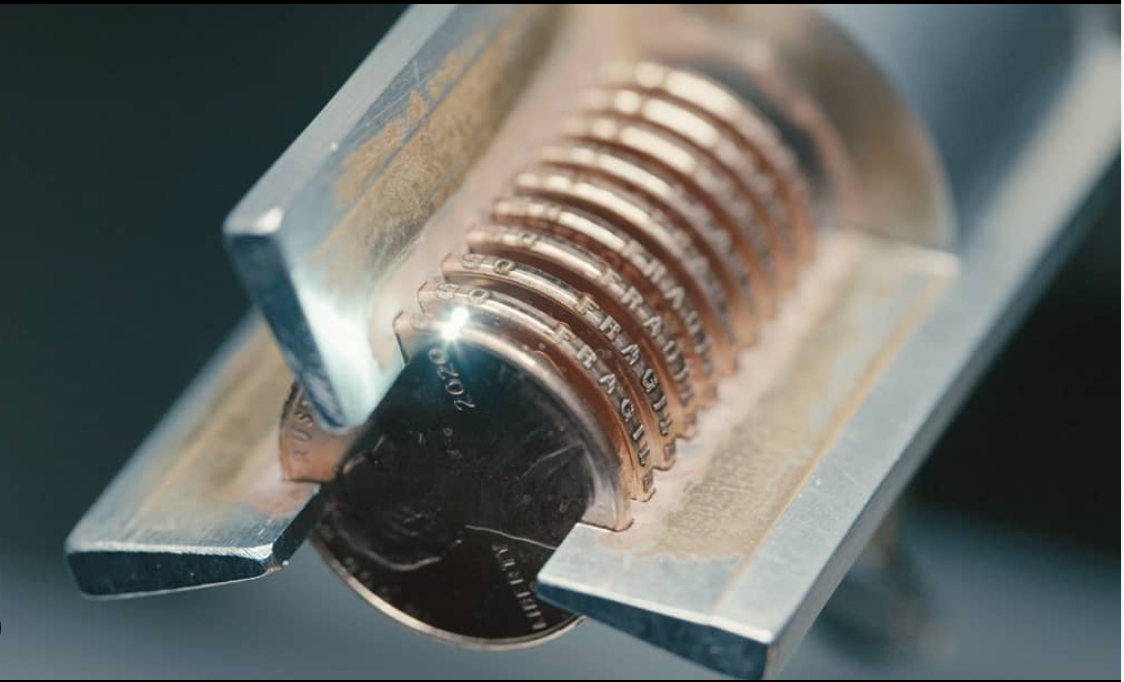 The public art project named “Tender” and the homonymous film made by Jill Magid will be presented at the exhibition “Jill Magid. Tender: Balance” at The Renaissance Society, Chicago from April 10 to May 23.

“Tender” functions as a monumental sculpture that freely circulates amongst the population. 120.000 US Mint pennies were engraved with the phrase “The Body Was Already So Fragile” and were then disseminated into America’s economy. Taking NYC bodegas as a starting point, the pennies have since then continued their dispersion via human and financial flows, imitating the spread of COVID19.

“Pennies are small, promiscuous, national monuments. The coin’s smooth edge - the only surface bare of government propaganda - was ripe for intervention. I added an ambiguous phrase which speaks to the physical and economic vulnerability of the moment. Tender pennies enter the local economy quietly, and travel like rumor.”