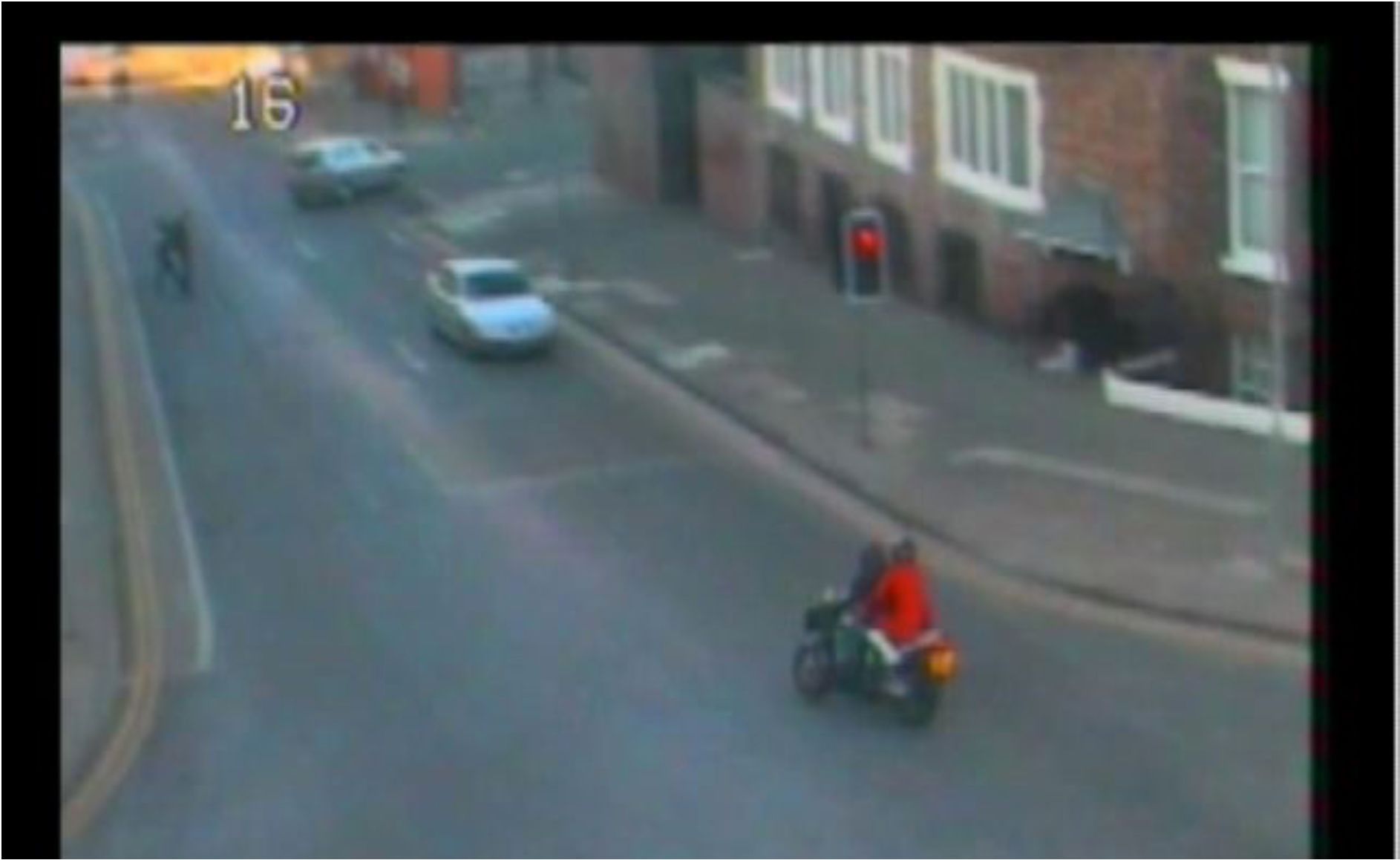 The video should be watch with the sound on.
In 2004, Jill Magid spent 31 days in Liverpool, during which time she developed a close relationship with Citywatch (Merseyside Police and Liverpool City Council), whose function is citywide video surveillance.
The videos in her Evidence Locker were staged and edited by the artist and filmed by the police using the public surveillance cameras in the city centre. Wearing a bright red trench coat she would call the police on duty with details of where she was and ask them to film her in particular poses, places or even guide her through the city with her eyes closed.
Unless requested as evidence, CCTV footage obtained from the system is stored for 31 days before being erased. For access to this footage, Magid had to submit 31 Subject Access Request Forms – the legal document necessary to outline to the police details of how and when an ‘incident’ occurred. Magid chose to complete these forms as though they were letters to a lover, expressing how she was feeling and what she was thinking.