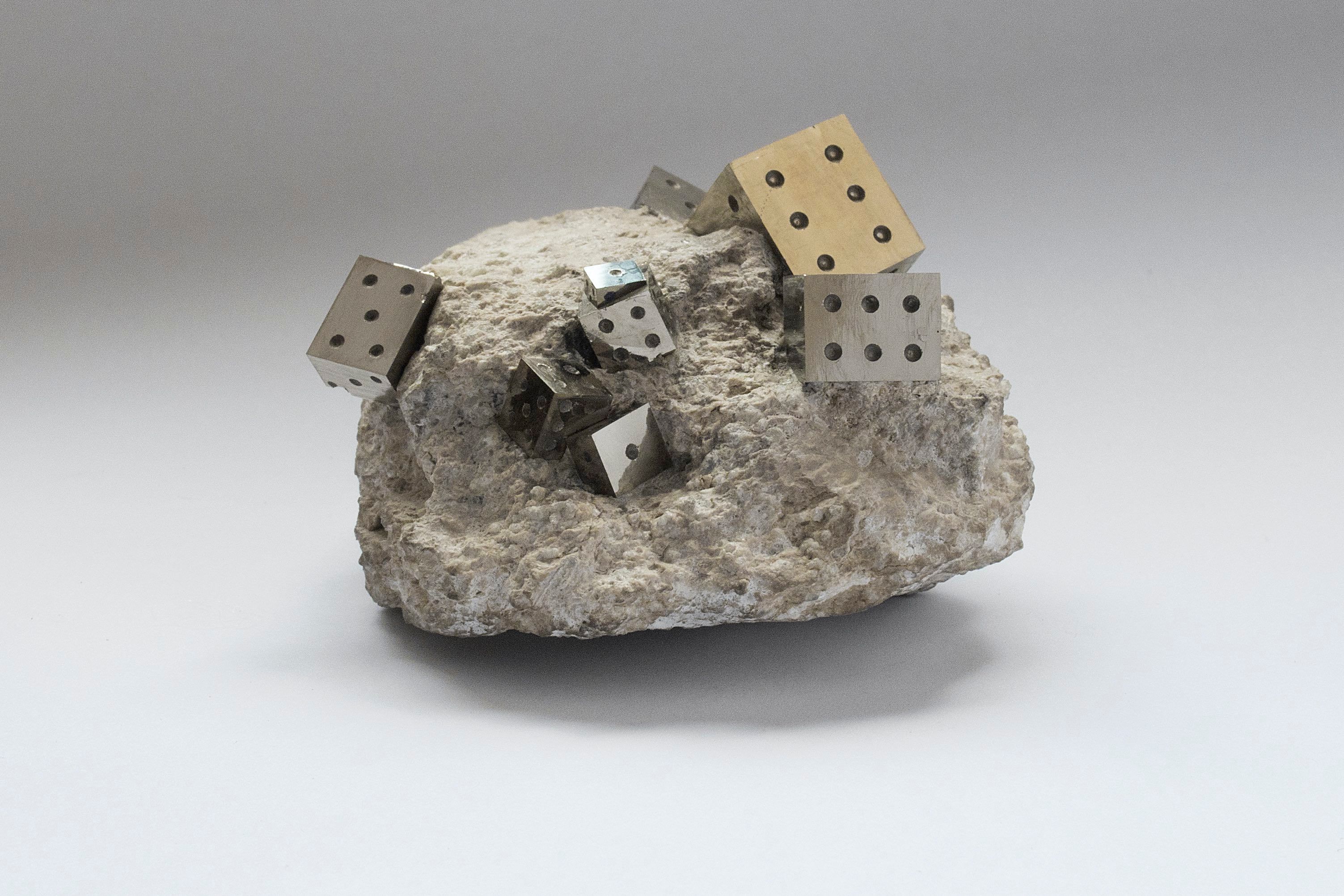 We are proud to announce Negative Knots, Étienne Chambaud's solo exhibition at La Kunsthalle Mullhouse in France. For this exhibition Chambaud builds connections between the ruins of a zoo cage with a series of objects, structures, collages, paintings and videos. Negative Knots is a quasi-fractal exhibition. It is made up of several layers of exhibitions that share the same space or compete for it. Neither a simple addition nor a subtraction of one by the other, suggests a more complex combination that is not revealed a priori. They act as many parallel dimensions, sometimes facing each other, sometimes overlapping, merging or coinciding, creating a common space or, on the contrary, mutually excluding and coexisting without shared limits. Étienne Chambaud's work could be described as an "Ecology of Separations", an ongoing investigation on frontiers and frontiers between forms, objects, gestures and discourses. In his work, various spaces, scientific fields, capture modes, conservation and transmission merge, overlap or intersect.