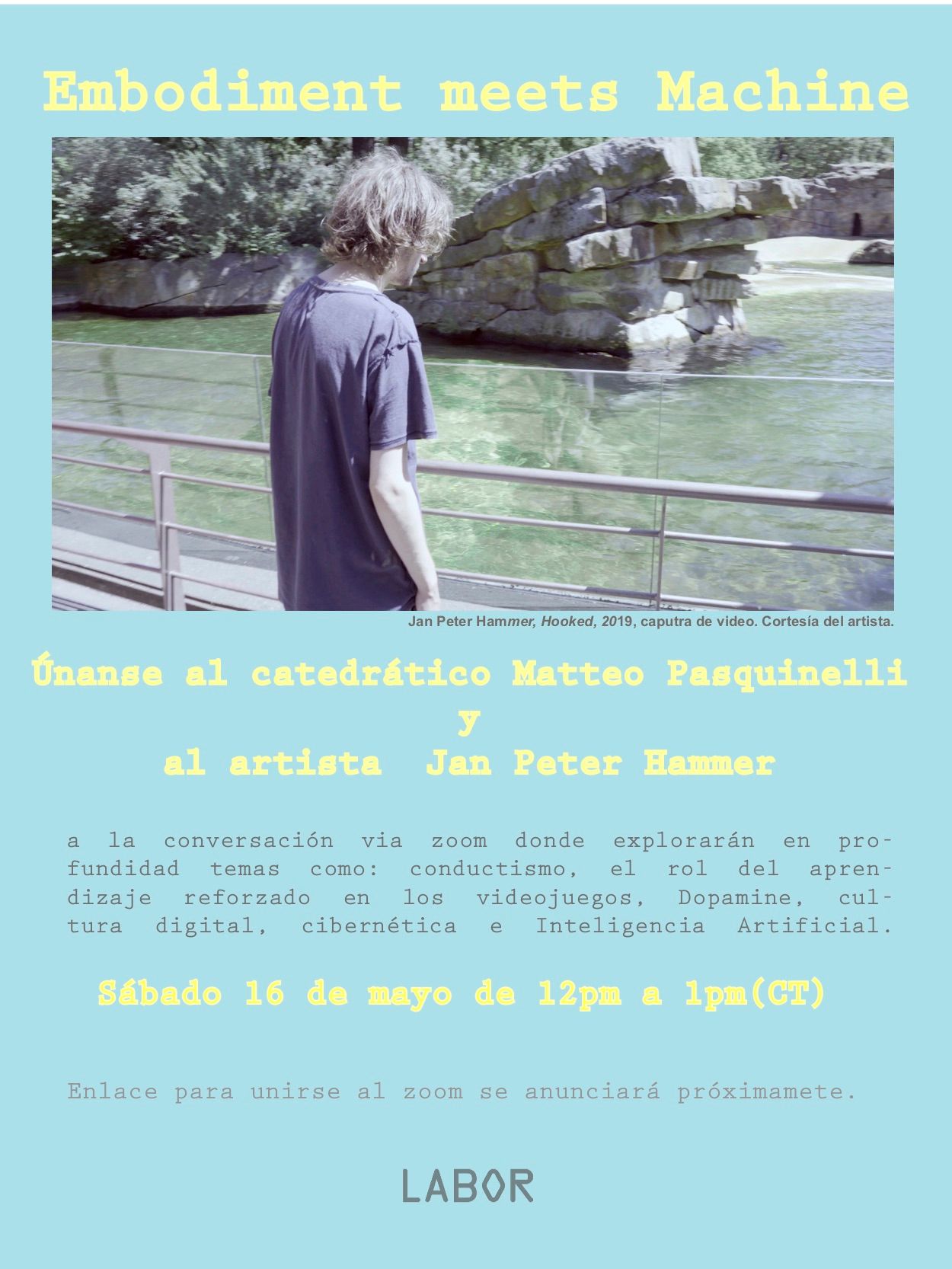 We invite you to join us via zoom on Saturday 16th May, from 12pm to 13 pm (CT) through the following link: https://us02web.zoom.us/webinar/register/WN_LabdPmTPSjyAN_xTApFl6Q
During his research for his video work Tilikum, named after an orca, held in captivity at SeaWorld Orlando for 34 years, Jan Peter Hammer came across the story of Daniel P. Dukes, a 27-year-old homeless man, who’s dead body was found in Tilikum’s basin, in 1999. Two year before, Dukes had been arrested when breaking into the mansion of Richard Gerriott, the inventor of the legendary computer game ULTIMA. After this incident, Gerriott, speculated, that in doing so, Dukes had confused real life and the fictitious world of the game. Hammer’s video work Hooked (previously titled Dopamine) revolves around Gerriott’s conjecture, drawing connections between Dukes’ presumed delusional life in the 90s and today’s fusion of virtual and real life through video games and social media. Along those lines, Matteo Pasquinelli and Jan Peter Hammer will further explore topics such as: behaviourism, the role of reinforcement learning in today’s video games, Dopamine, digital culture, cybernetics and AI.
Jan Peter Hammer was born in Stuttgart and currently lives and works in Berlin, Germany. He creates films and performances that highlight the interrelation between literature and film, a concept he finds fundamental for the development of contemporary artistic practices. The first pieces by Jan Peter Hammer focused on environments and objects endowed with a fantasy character. However, after the financial crisis in 2008 his work is committed to a political discourse.
Matteo Pasquinelli is professor in Media Philosophy at the Karlsruhe University of Arts and Design, where he is coordinating the research group on Artificial Intelligence and Media Philosophy KIM. For Verso Books, he is preparing a monograph on the history of AI provisionally titled The Eye of the Master."