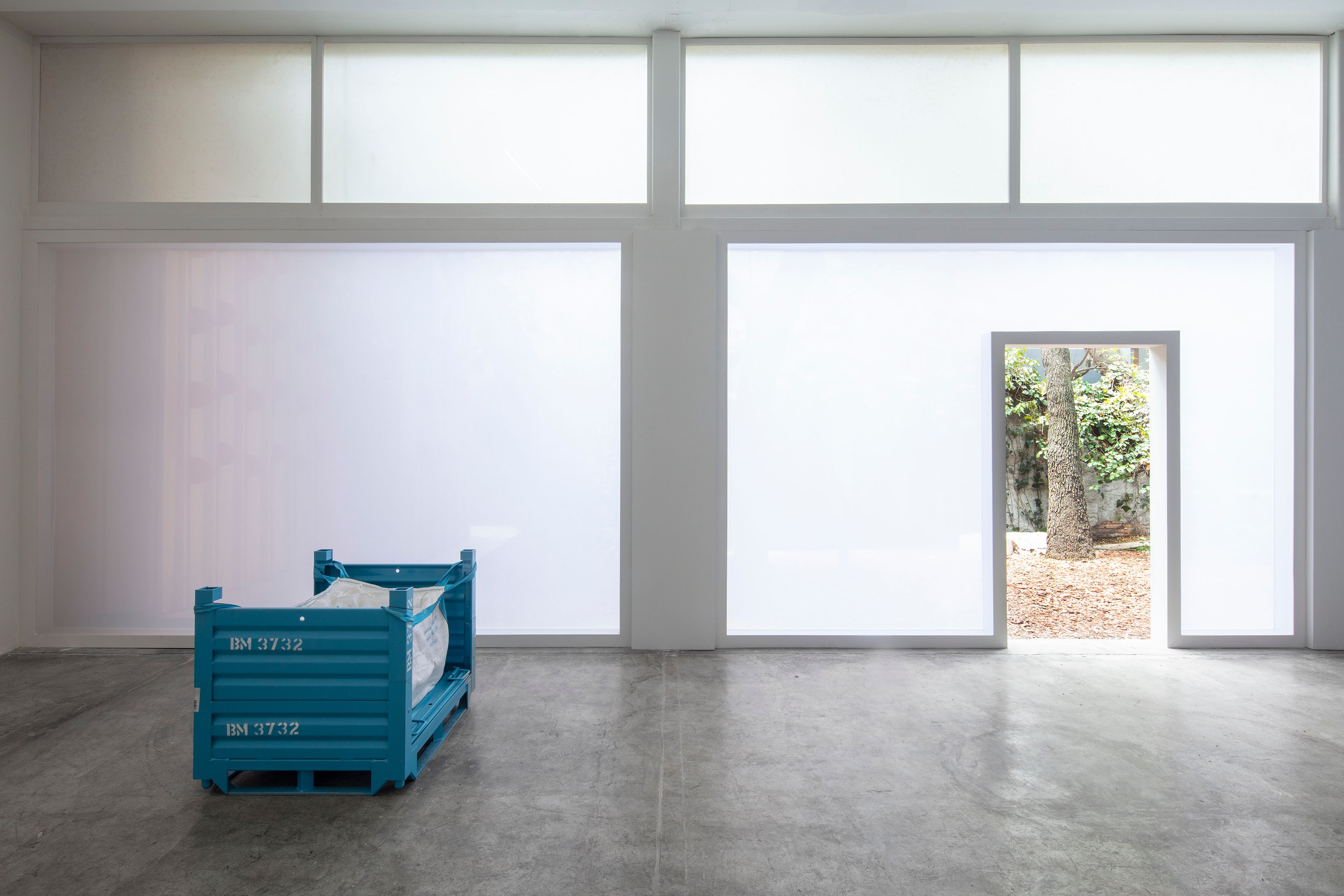 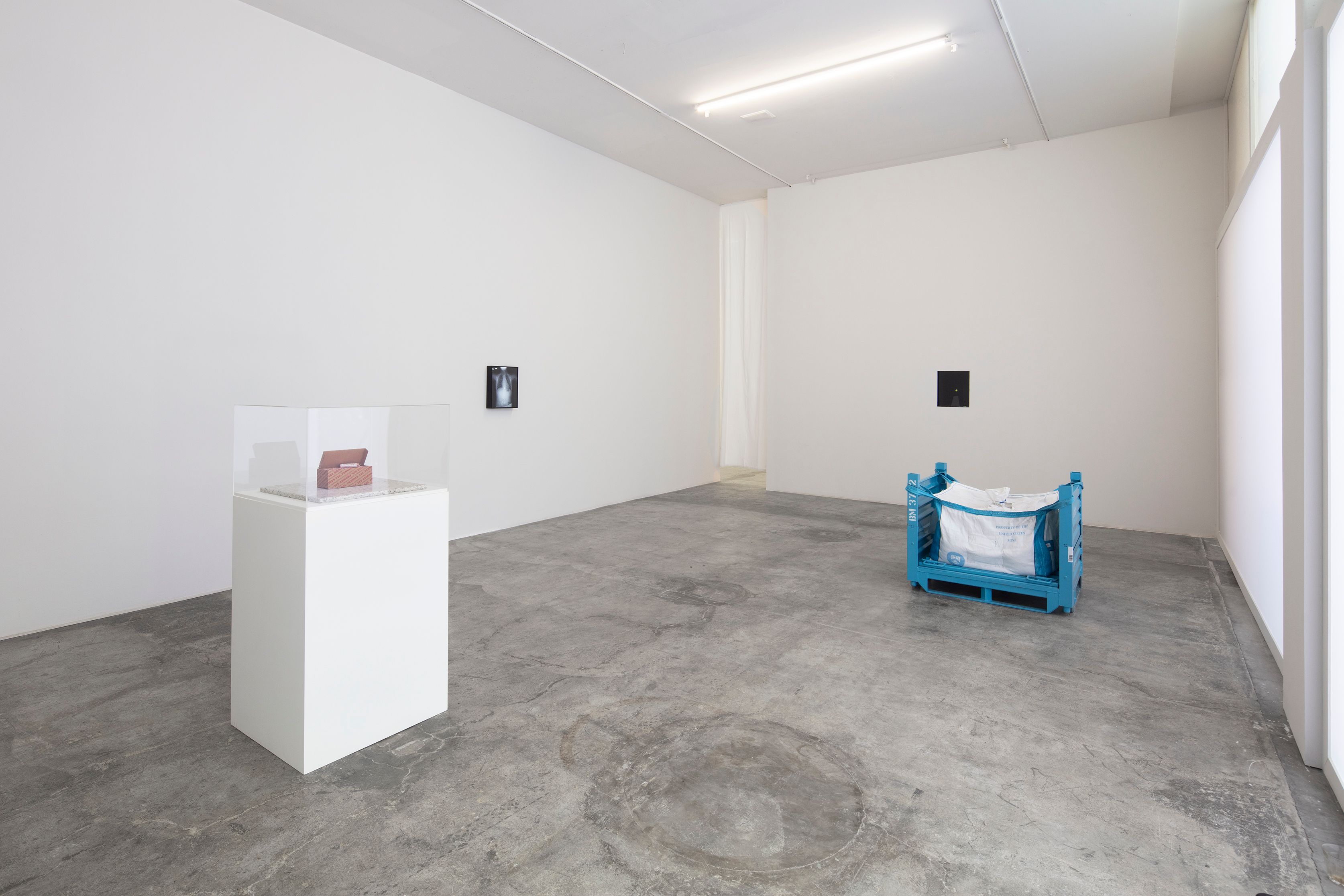 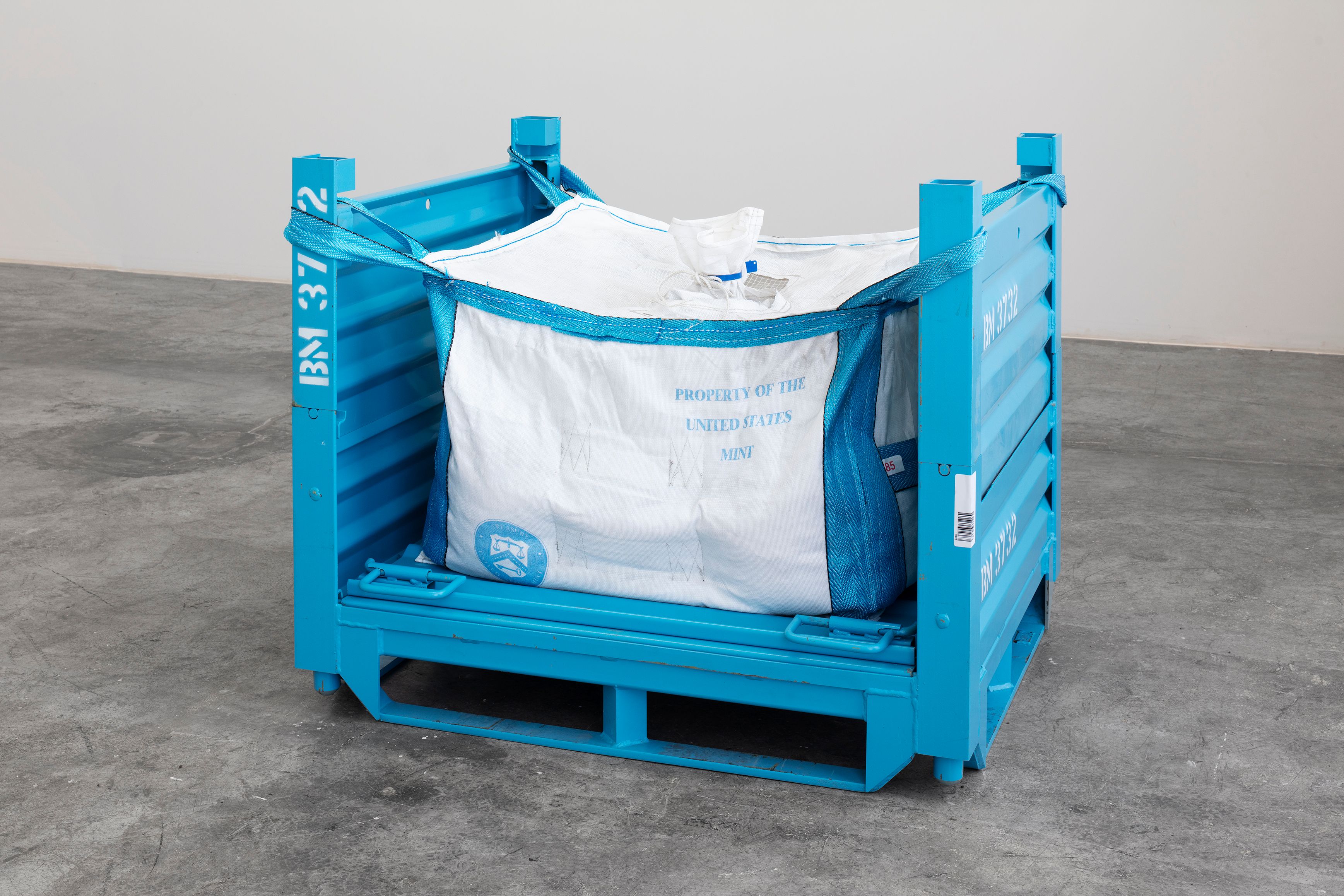 Magid was especially struck by the way public figures weighed the loss of human lives against the supposed costs for the economy.

Labor is delighted to present: “Tender”, a solo exhibition by Jill Magid. “Tender”, a traveling exhibition that takes on new forms with each iteration, has been shown at The Renaissance Society in Chicago, The Modern Art Museum of Fort Worth and as a live film and sound installation presented by Creative Time at Dime Savings Bank of Williamsburg in New York.

In each of her in-depth projects, Jill Magid( Bridgeport 1973) becomes intimately involved with different systems or structures of authority, whether government bureaucracies, a secret service agency, or the guardians of other artists’estates. Gaining access through existing loopholes or contact with people on the inside, she follows the rules of engagement with each institution and draws out their internal logics. In a way, she becomes a stand-in for any person trying to navigate something much larger than themselves. As the pandemic began, the complex relationships between individuals, groups of people, institutions, and deeply rooted systems quickly came into stark relief. Magid was especially struck by the way public figures weighed the loss of human lives against the supposed costs for the economy. Against this backdrop, she began developing a project that would take multiple forms, all centering on the circulation of pennies, but unfolding with different durations and degrees of visibility.

Magid’s exhibition follows the movement of pennies and some of their afterlives reflecting her unique approach as an artist. The exhibition has aspects that are intimate and poetic while also observing broader systems around us, in this case the intertwining of the economy and the lives of individual people. Thinking about different forms of vulnerability and various traces left behind, the works in the show bring out hints of absence and loss as they follow the flows of circulation on both a small and large scale.

Grounding the works in the exhibition, Magid’s film, “Tender Balance”, (2021) begins behind the scenes at the U.S. Mint and coin distribution networks, as huge volumes of pennies are packaged and sent out into the world in armored cash-in-transit trucks. The sound design and score play a vital role in the film and are an active presence throughout the exhibition, permeating the space left open in the rest of the installation. In footage filmed during the pandemic in New York, where Magid lives, the film also finds haunting echoes with the refrigerated morgue trucks that appeared outside hospitals. A reminiscence of this sterile environment is brought to the gallery through the intervention of a scrim screen, which divides the cold, florescent light inside of the gallery from the sunlight in its exterior garden. This cool, distorted space echoes the feeling we all lived through while isolated indoors during the quarantine.

On the far wall of the main gallery, an x-ray shows a foreign element in a young boy’s chest, capturing the accidental passage of a swallowed penny through the artist’s son’s body. On the floor is the new work, “5 Centavos de Peso Mexicano / U.S. Mint Bulk Bag” (2022), specifically designed for the Mexican context, consisting of a metal skid (on loan from the Banco de Mexico - Fabrica de Billetes) uncomfortably supporting a ballistic bag (on loan from U.S. Mint), partially filled with 5 centavos de Peso Mexicano, the lowest value—and rarely still used—Mexican currency. In a display case, Magid presents a set of “pattern pennies,” which reimagine the U.S. government’s 1942 prototypes for glass pennies, including some made with uranium—an aborted wartime experiment while copper was being diverted to defense production. (Today only twelve of the original coins are known to exist.) At the time, workers carried the glass pennies in their pockets to test out how they would stand up to wear, a gesture that Magid has repeated with hers.

In Magid’s film, some of the pennies changing hands have a phrase laser-engraved on their edges: “THE BODY WAS ALREADY SO FRAGILE”. These glimpses of the marked pennies connect Tender: Balance back to the first manifestation of her larger project: a monumental but nearly invisible public artwork, “Tender”, produced by Creative Time in New York in fall, 2020. The project is represented by the sculpture near the gallery entrance, “Tender Box,” (2021) 50 rolls of 2020 edge-engraved U.S. pennies, custom-printed coin wrapper, cardboard. For “Tender”, Magid acquired 400,000 uncirculated 2020 pennies, the volume of a standard bag from the U.S. Mint. On 120,000 of these pennies, she engraved the edge with the phrase mentioned above. (This amount, $1200, is equal to the first stimulus checks sent out by the U.S. Treasury as part of The CARES Act.) Magid then introduced these pennies into circulation through transactions at bodegas throughout New York. As they are used and exchanged over time, they’re likely to stay in circulation for forty ye 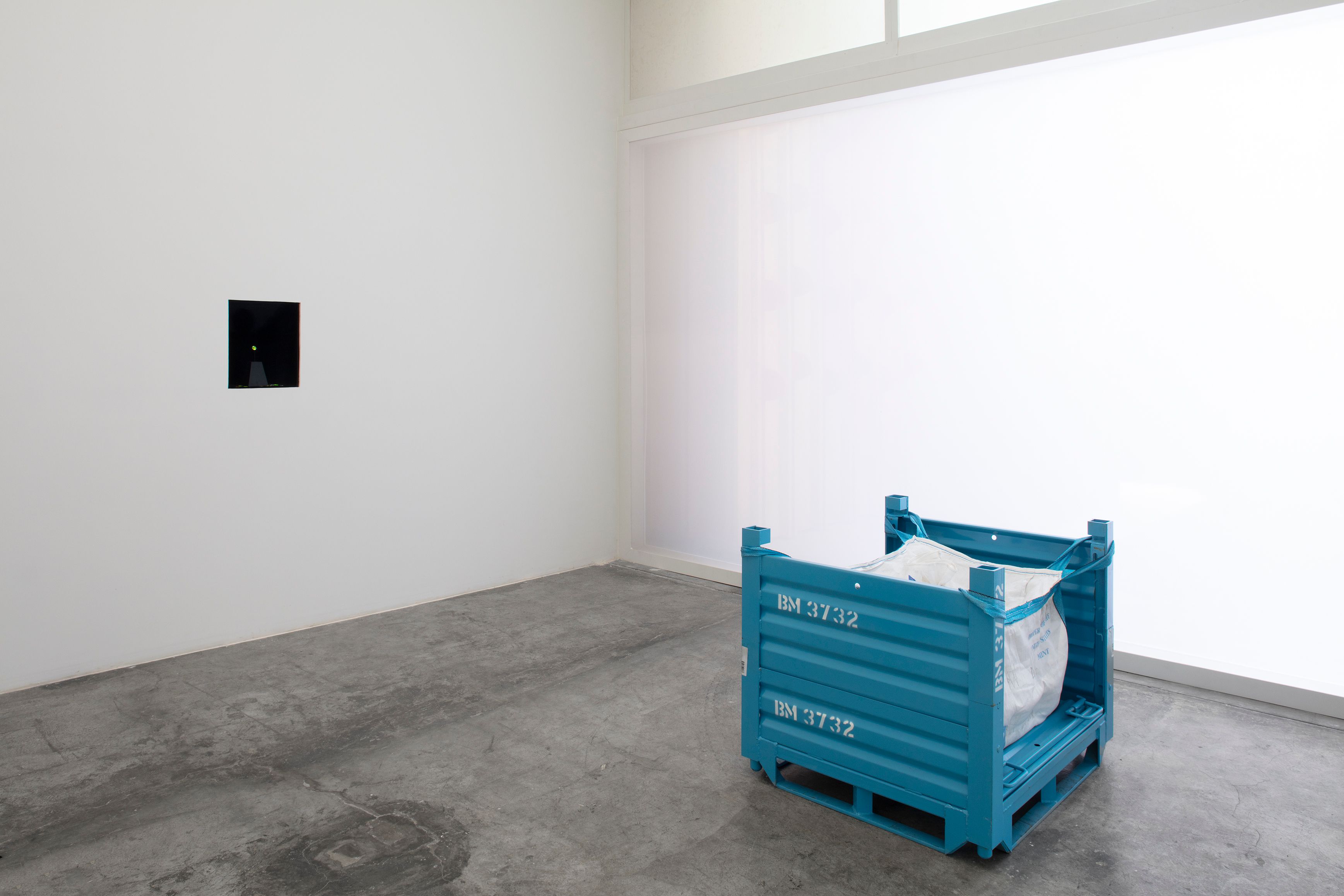 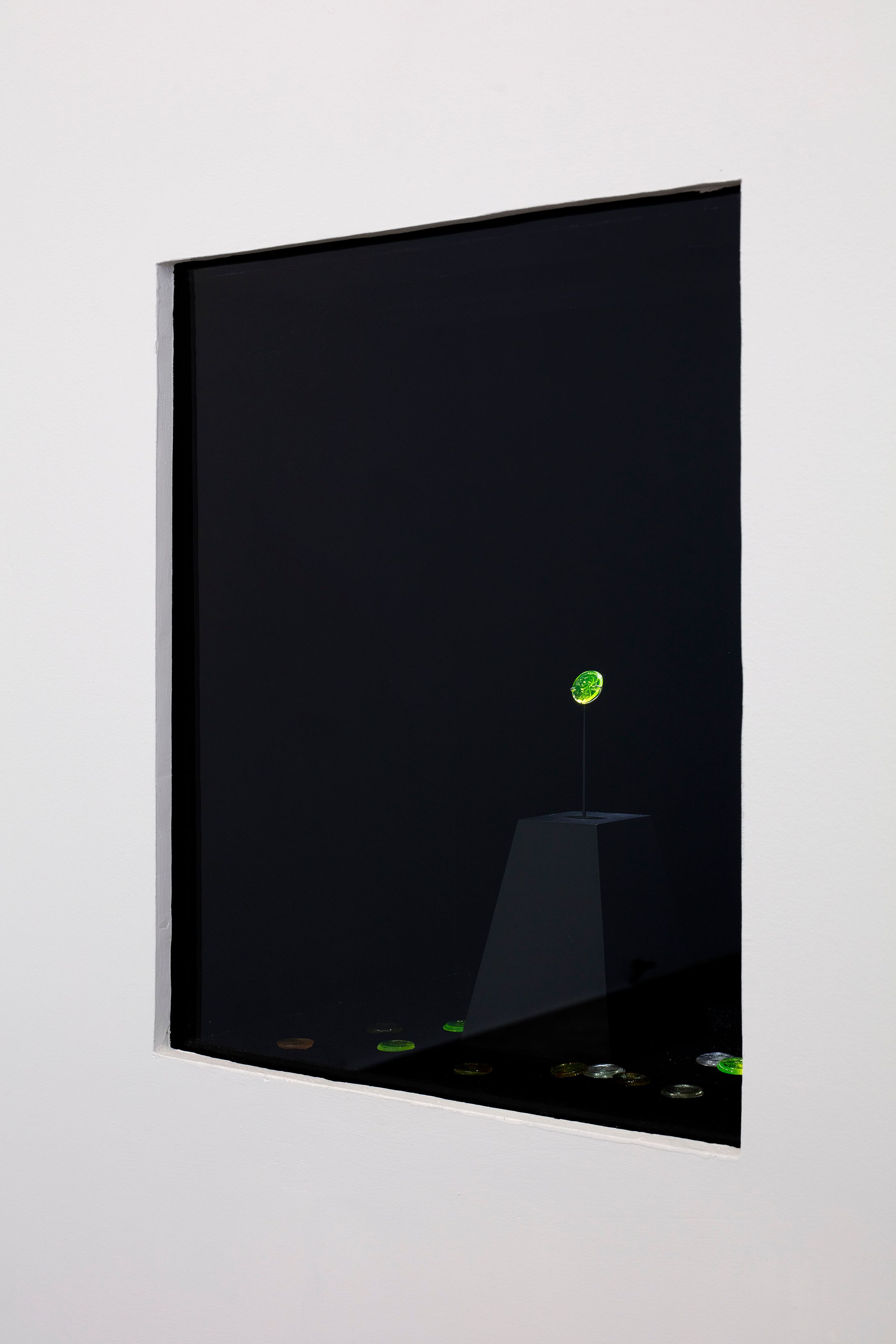 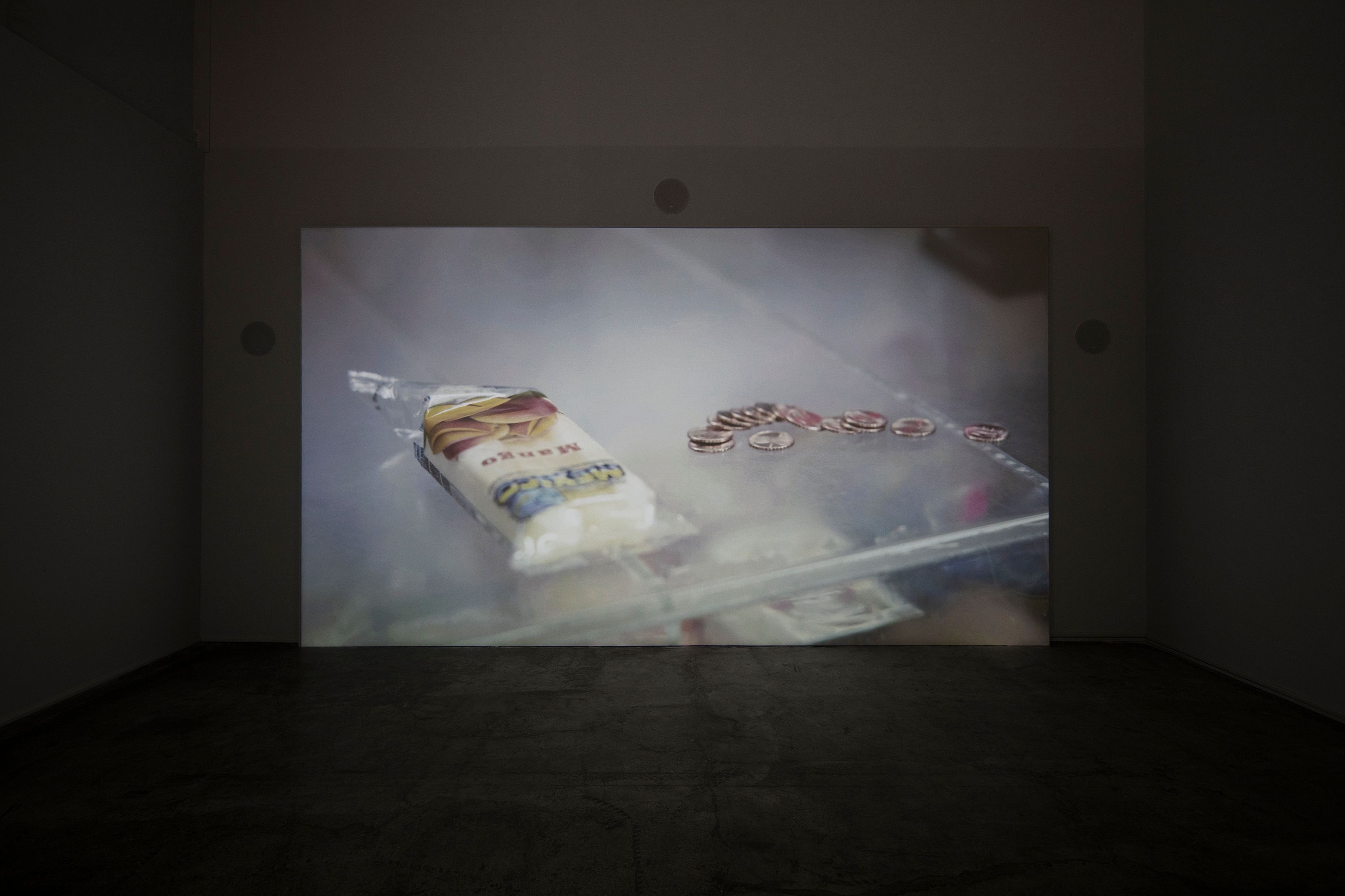 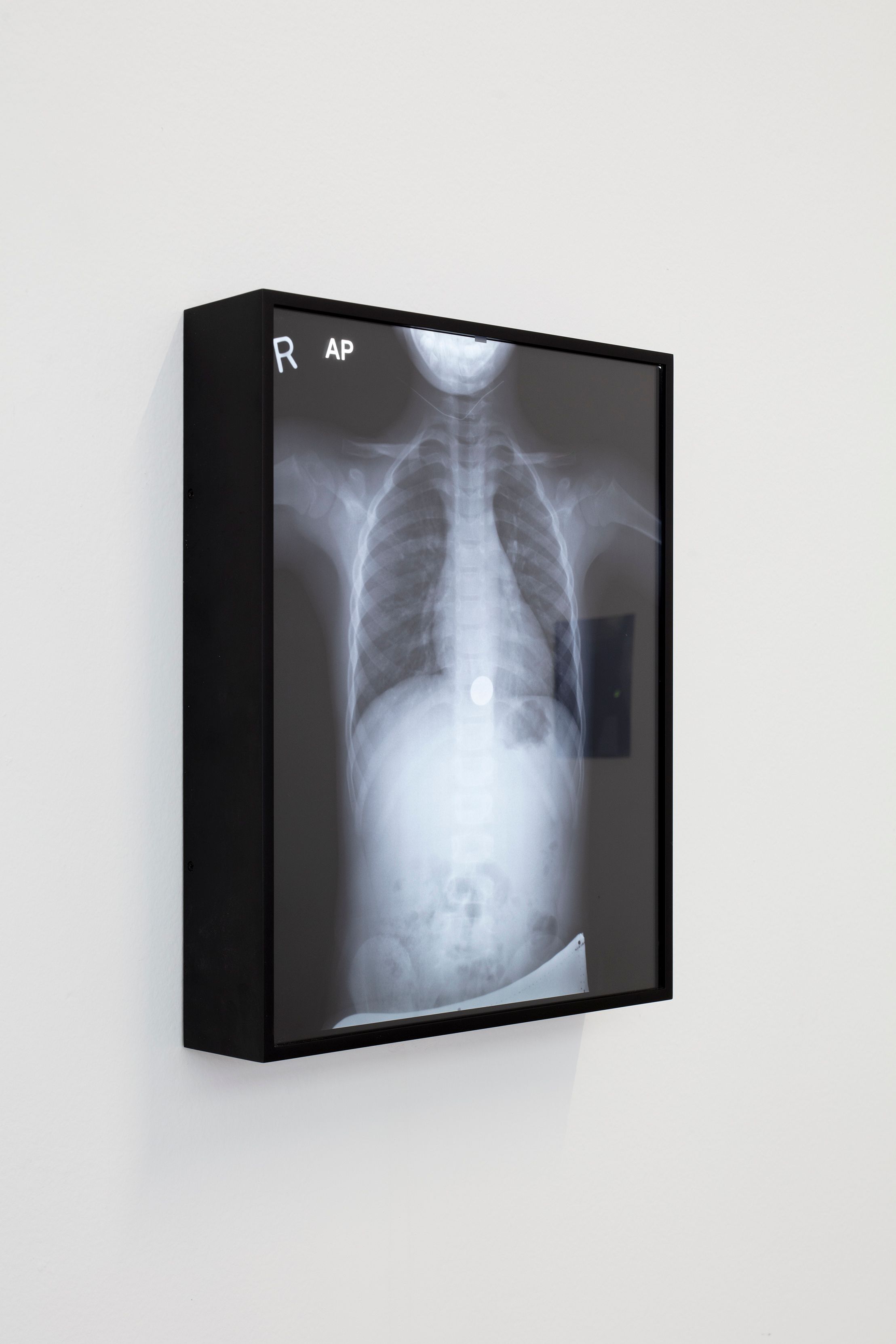 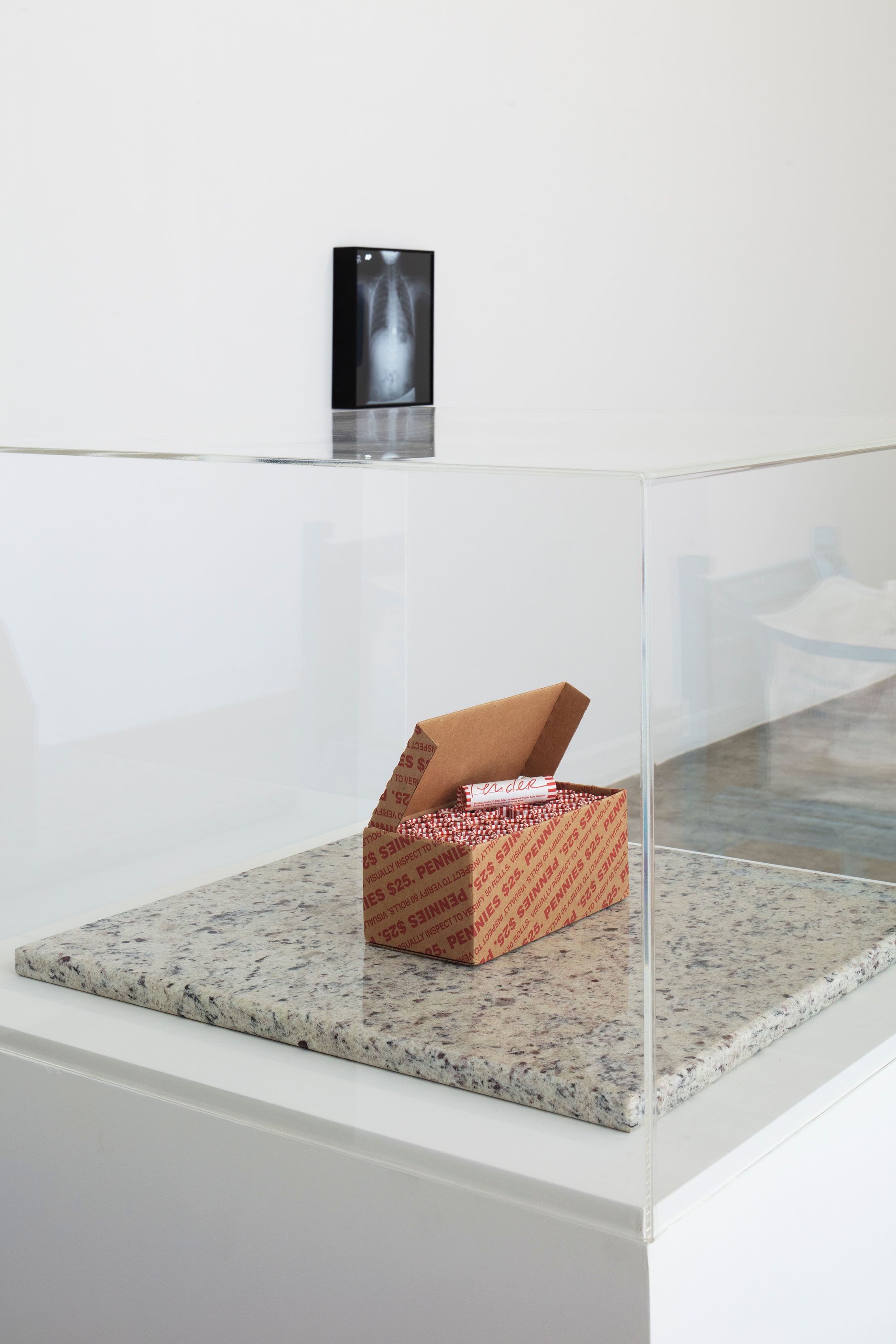 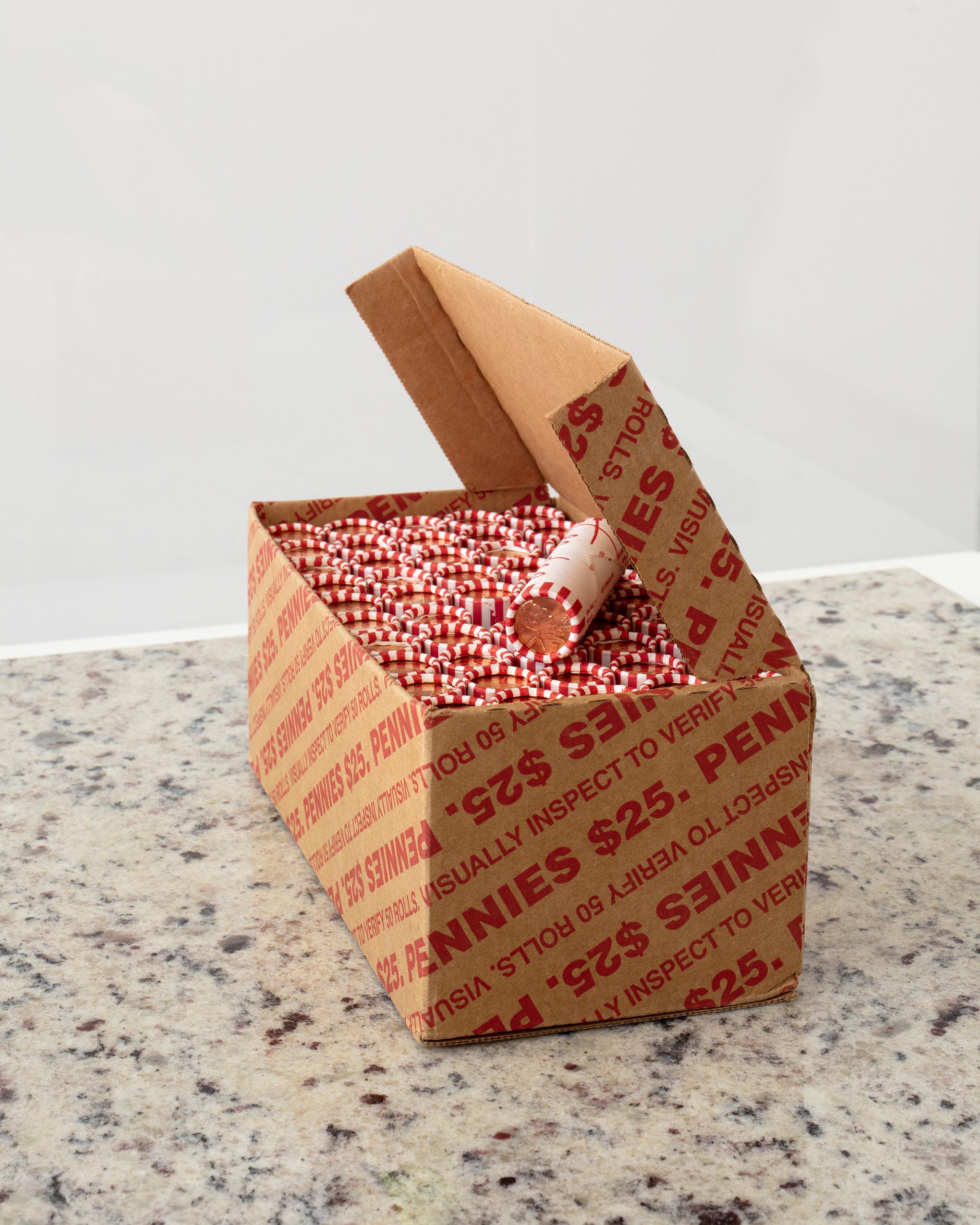