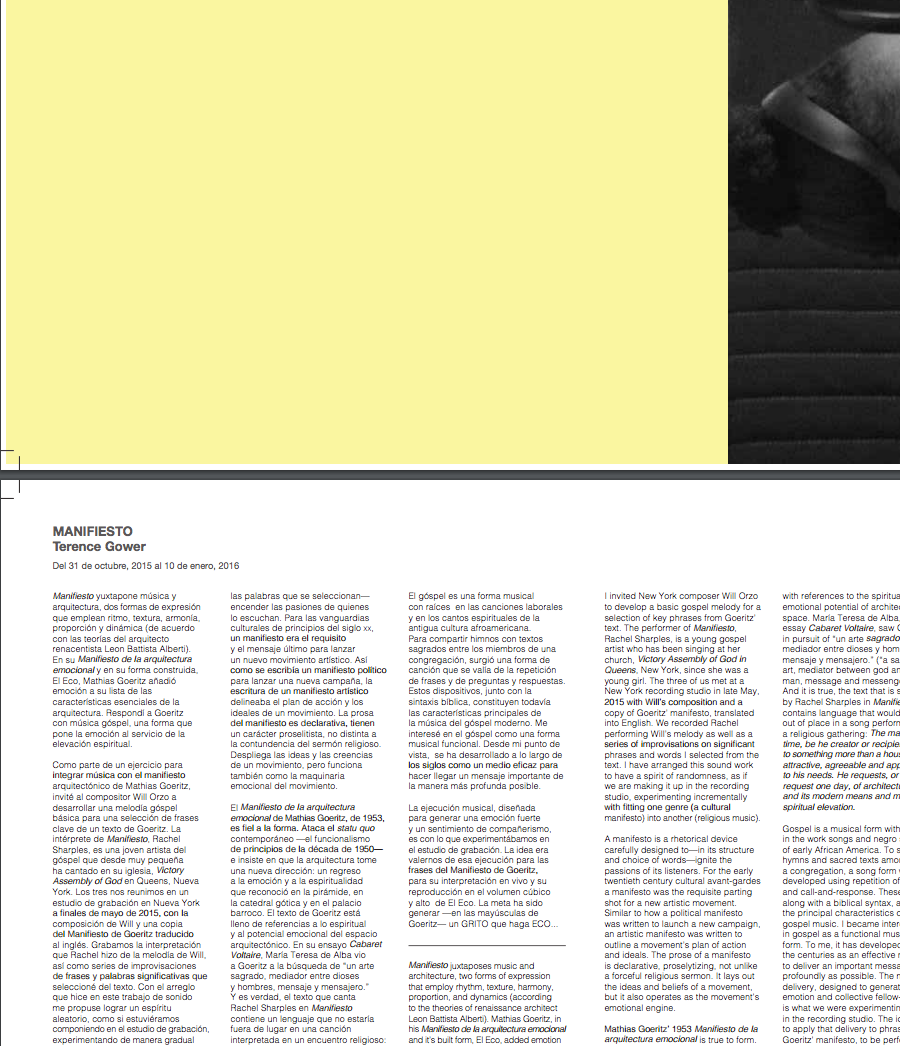 A manifest is a rhetorical device designed carefully - both by its structure and by the words selected - to ignite the passions of those who listen to it. For the cultural avant gardes of the early twentieth century, a manifesto was the requisite and ultimate message to launch a new artistic movement. Just as a political manifesto was being written to launch a new campaign, the writing of an artistic manifesto outlined the plan of action and the ideals of a movement. The prose of the manifesto is declarative, has a proselytizing character, not unlike the forcefulness of the religious sermon. It unfolds the ideas and beliefs of a movement, but it also functions as the emotional machinery of movement. In his Manifesto of Emotional Architecture and its Constructed Form, The Echo, Mathias Goeritz added emotion to his list of essential architectural features. Terence Gower responded to Goeritz with gospel music, a form that puts emotion at the service of spiritual upliftment.