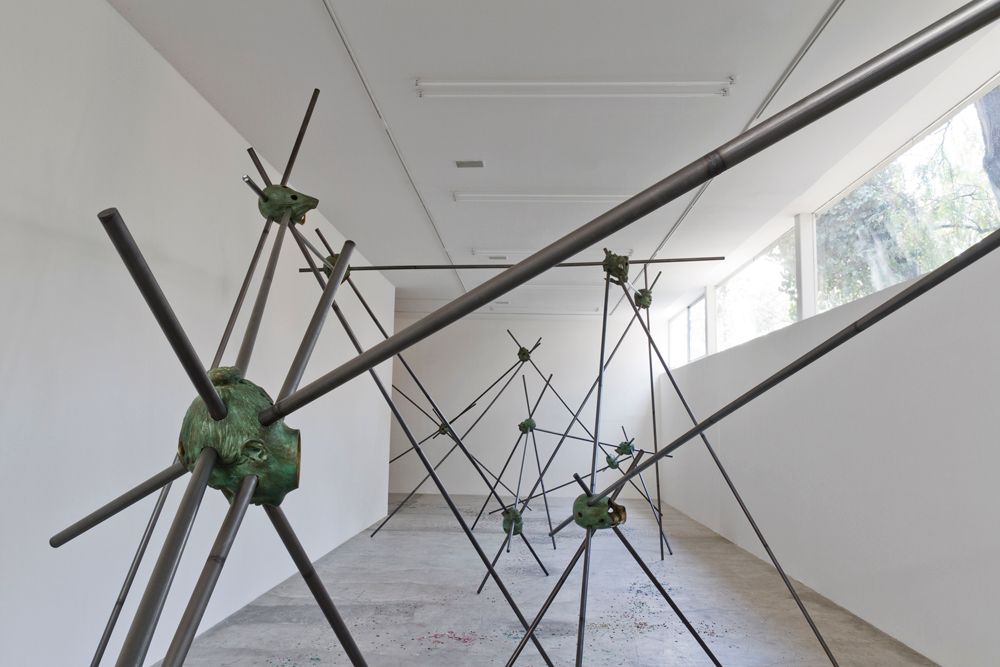 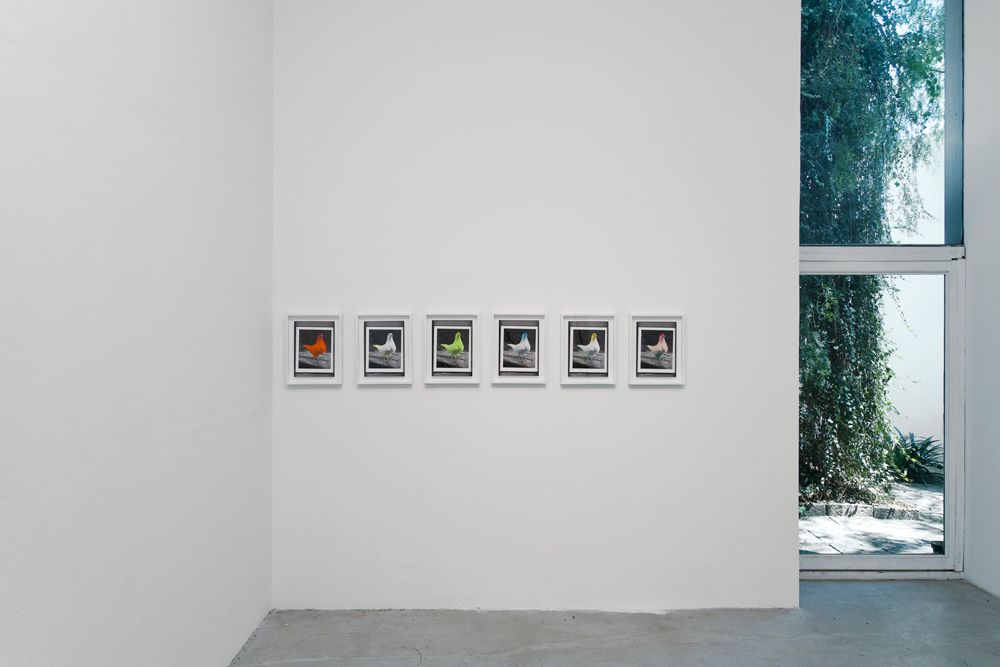 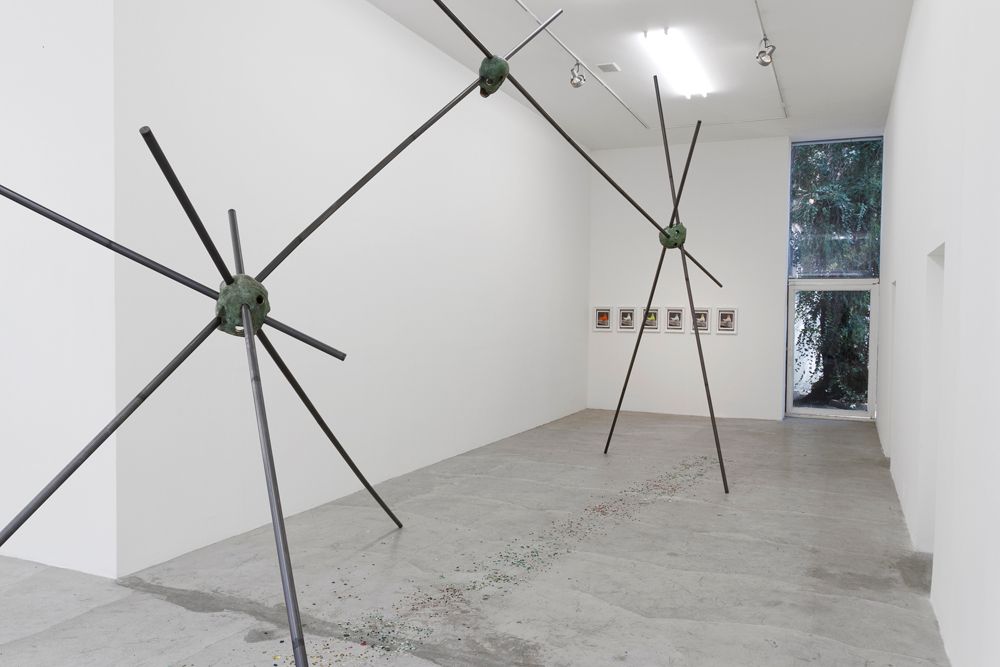 The Naked Parrot, the first addressee of the eponymous exhibition at Labor, is a modern chimera, a being fully constructed from the outside. Here this construction is not based on mythological grounds or scales, but on the very process of creation of figures that we inherited from modern machines such as the zoo and the museum. Domestication and conservation are indeed stitching techniques that endlessly attempt to heal the wound of the cuts their very existences are based on. The Naked Parrot is thus an assemblage of exogenous intentions collapsing on their sutured understandings and misunderstandings: the idea of a human talking animal in a falling pigeonhole.

To be naked, to lay bare, the parrot had to be dressed up by this theater of the outside. What is laying bare if not precisely this deluded work: the private seriousness within the beaming positivity of deceit? — The only way to fabricate truth out of error.

In the exhibition space, a self-supporting structure with no fixed shape has emerged: the Fractal Zoo. It is composed of abandoned and forgotten bronze human figures crossed over by industrial beams. On this fragile yet massive structure built as an arrested fall, between the plinth and the cage, the farm and the theater stage, birds have lived, yet are gone. What remains of them in the show are sketches of their feathers unaddressed expressions and traces of their induced colored feces. 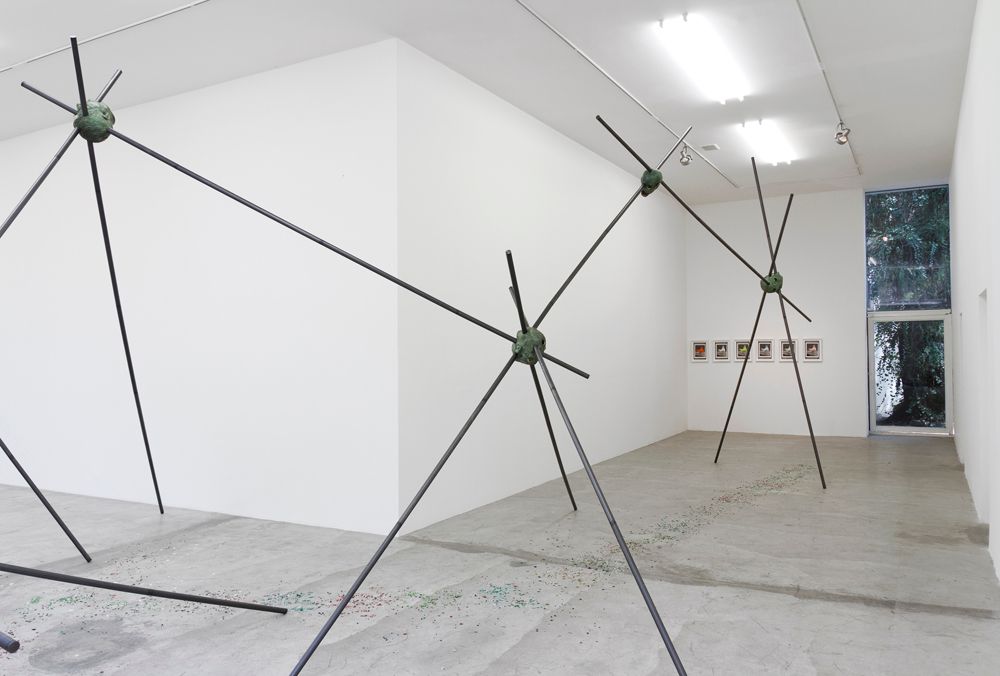 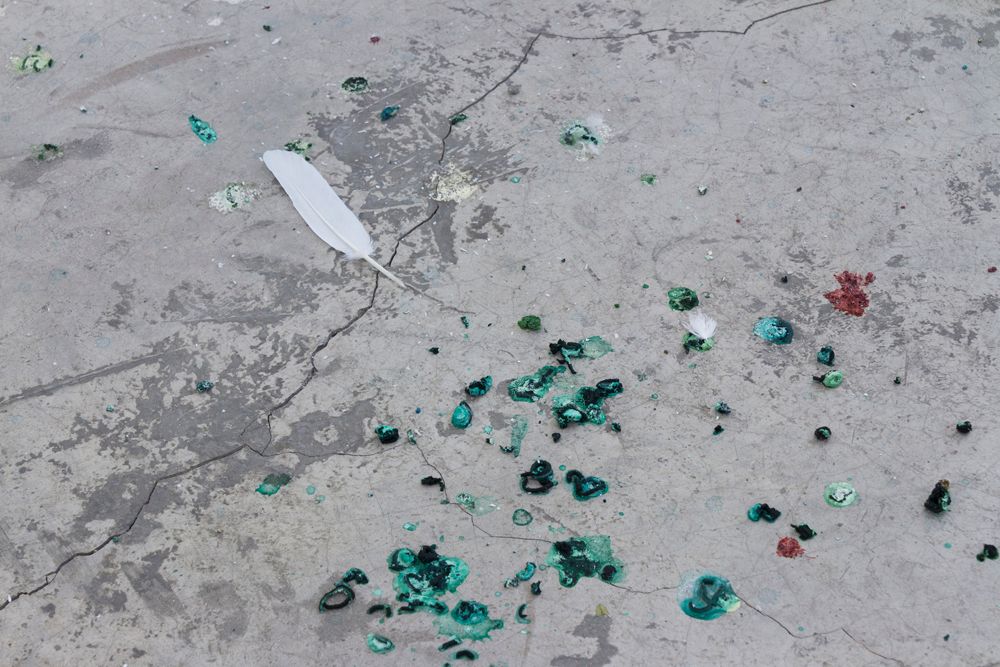 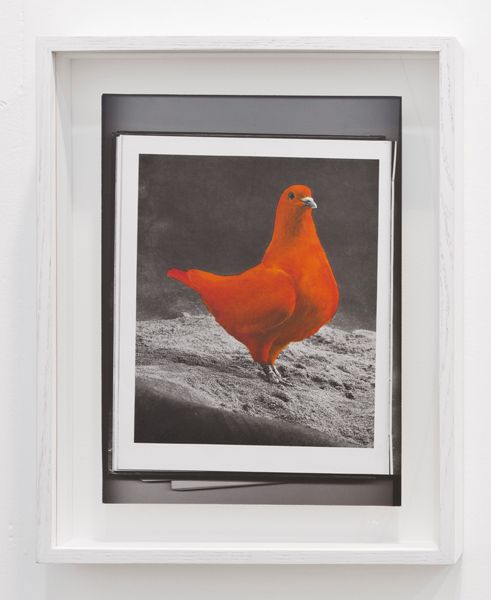 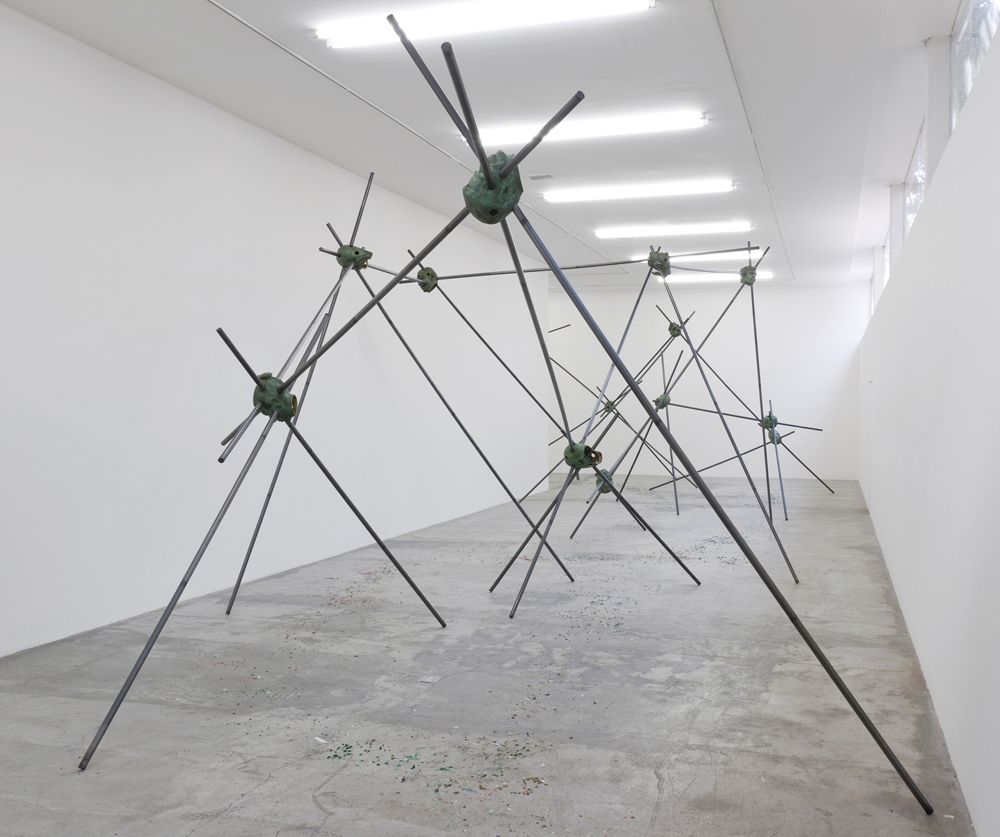 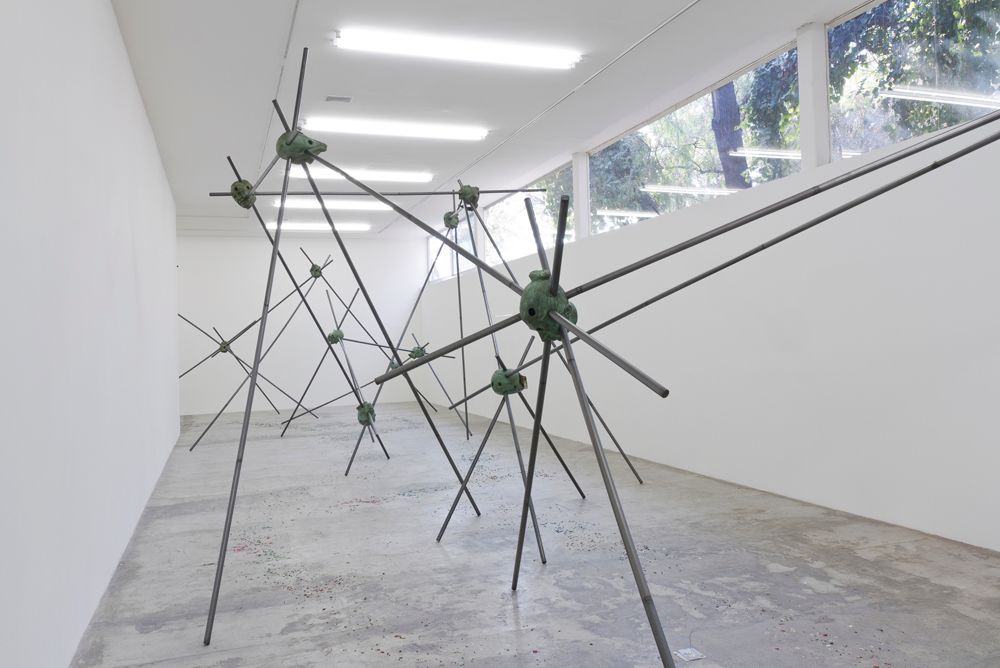 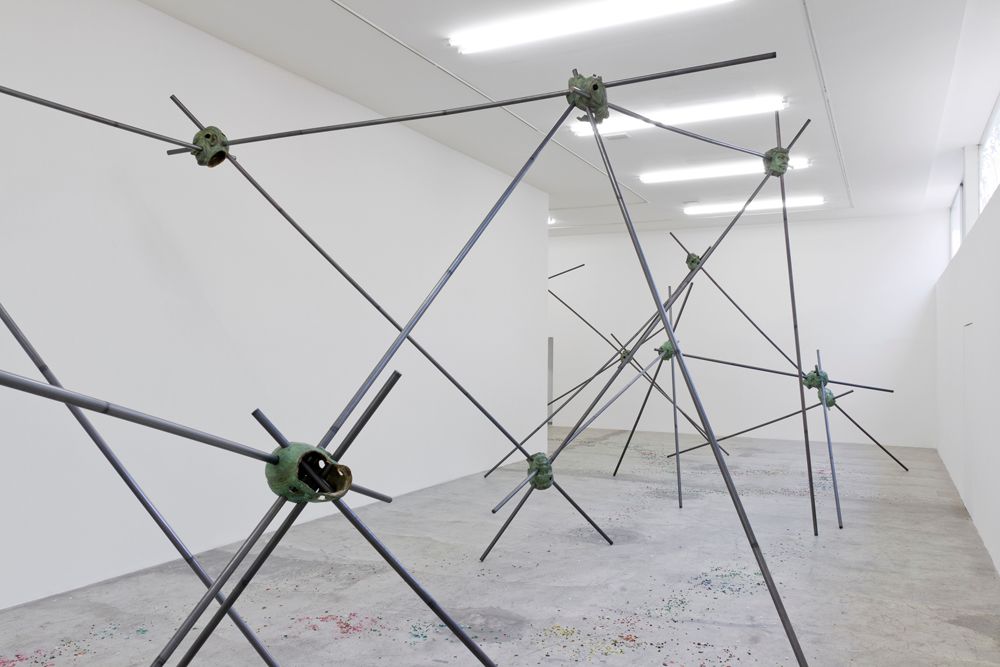 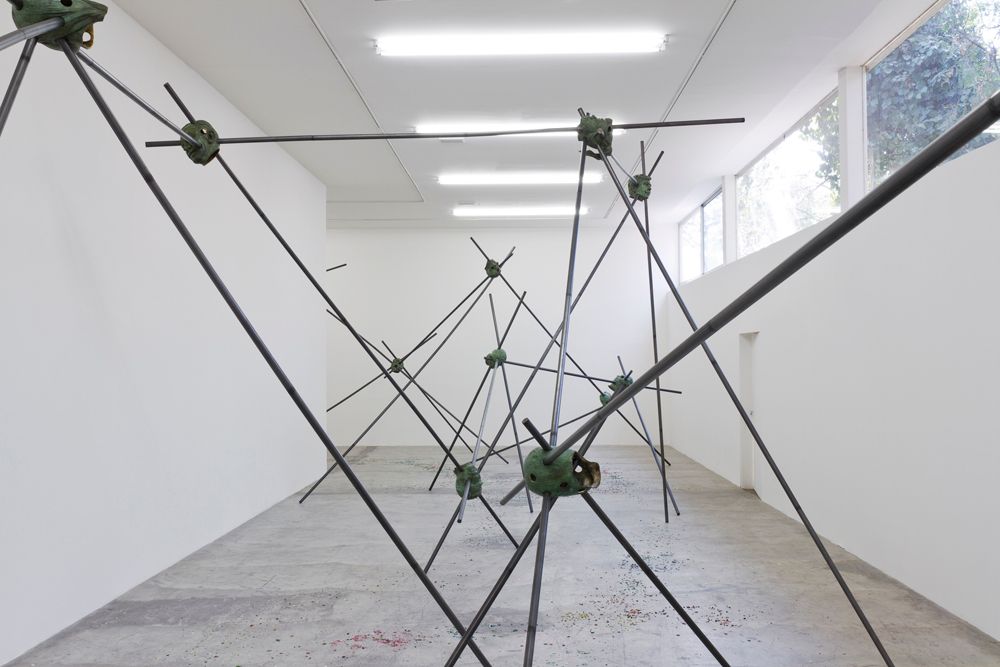 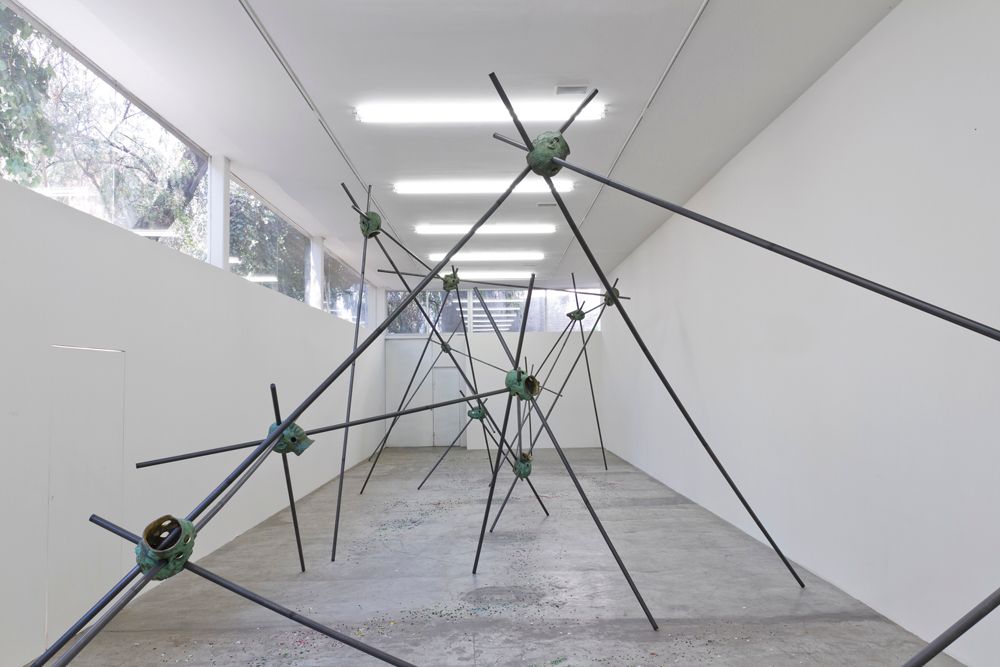 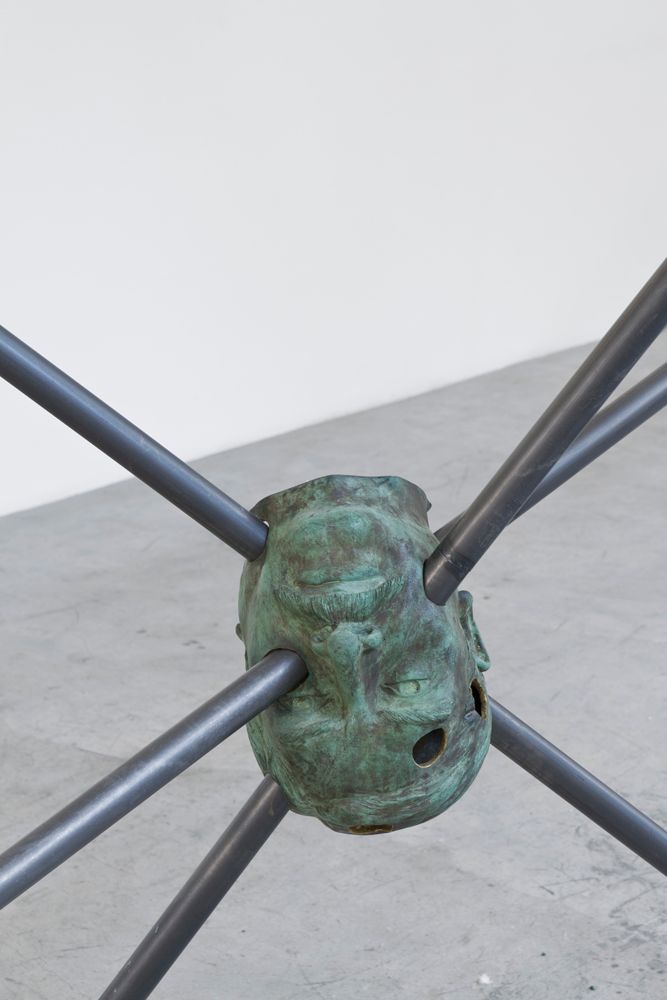 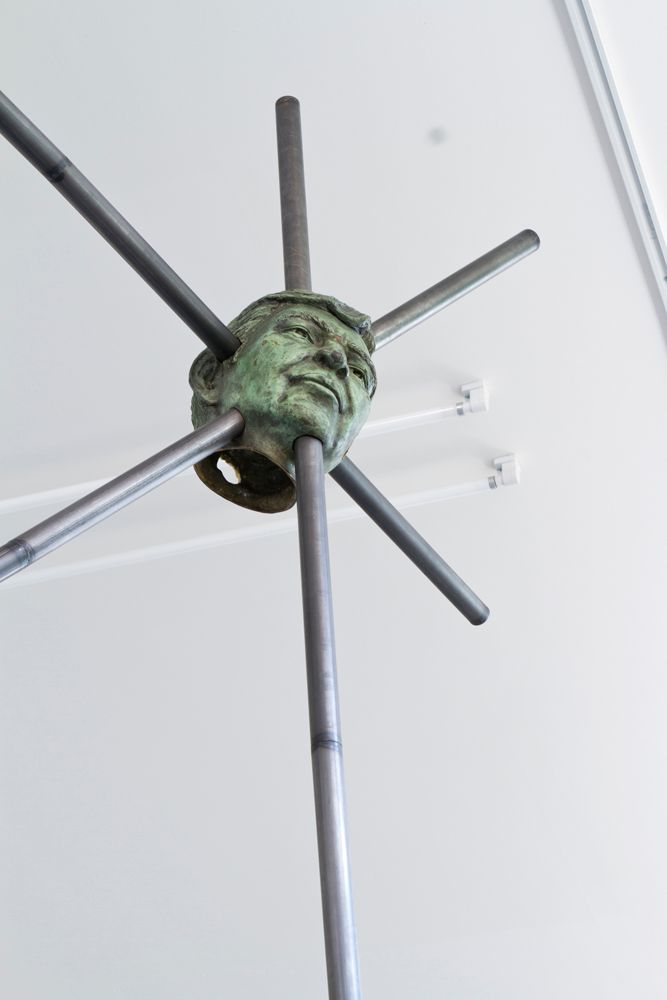 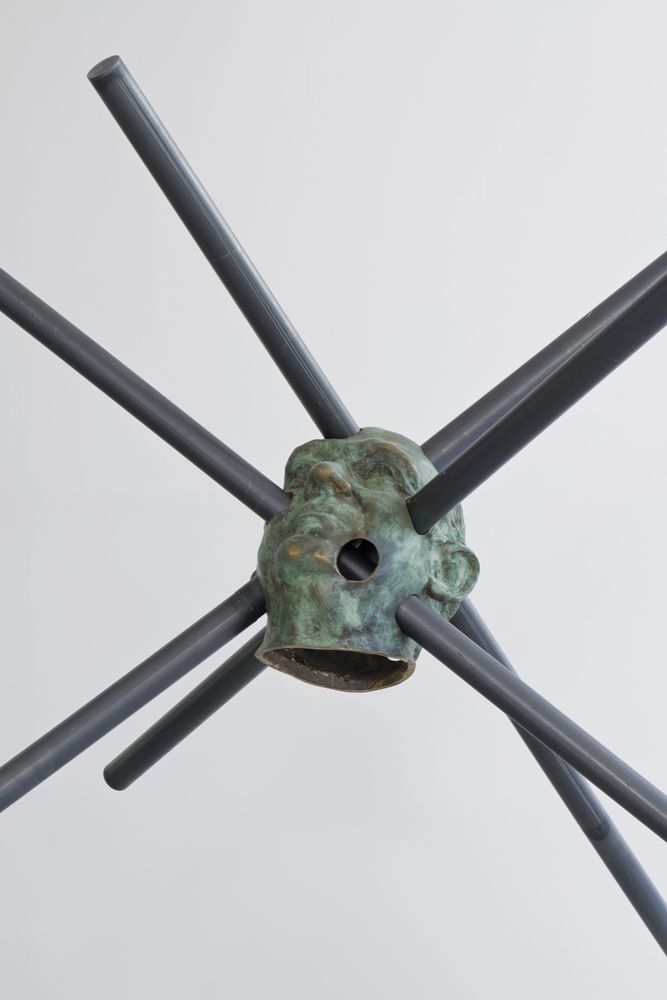 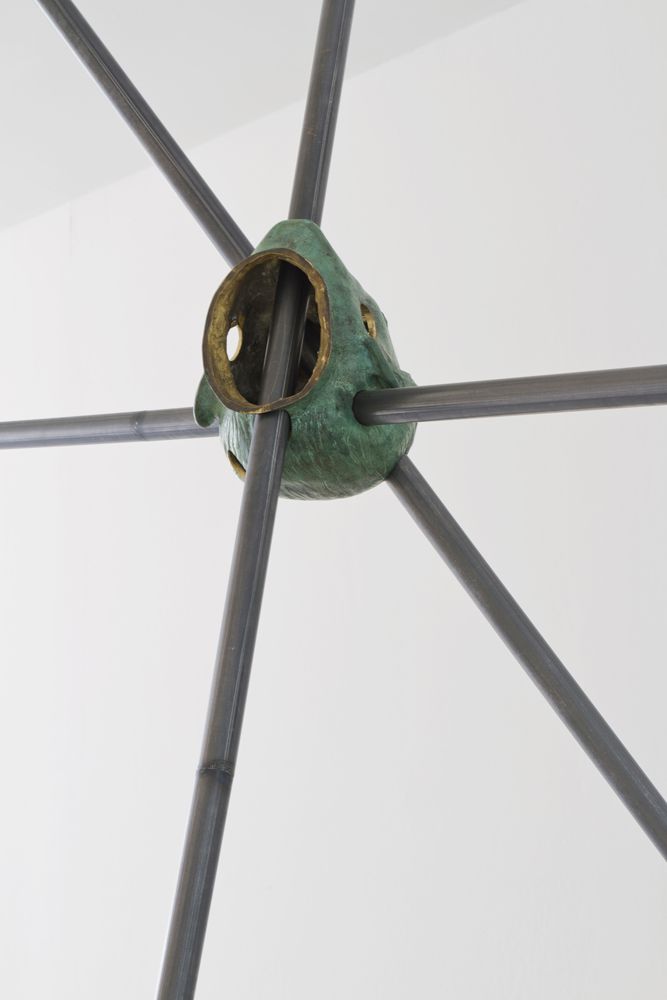 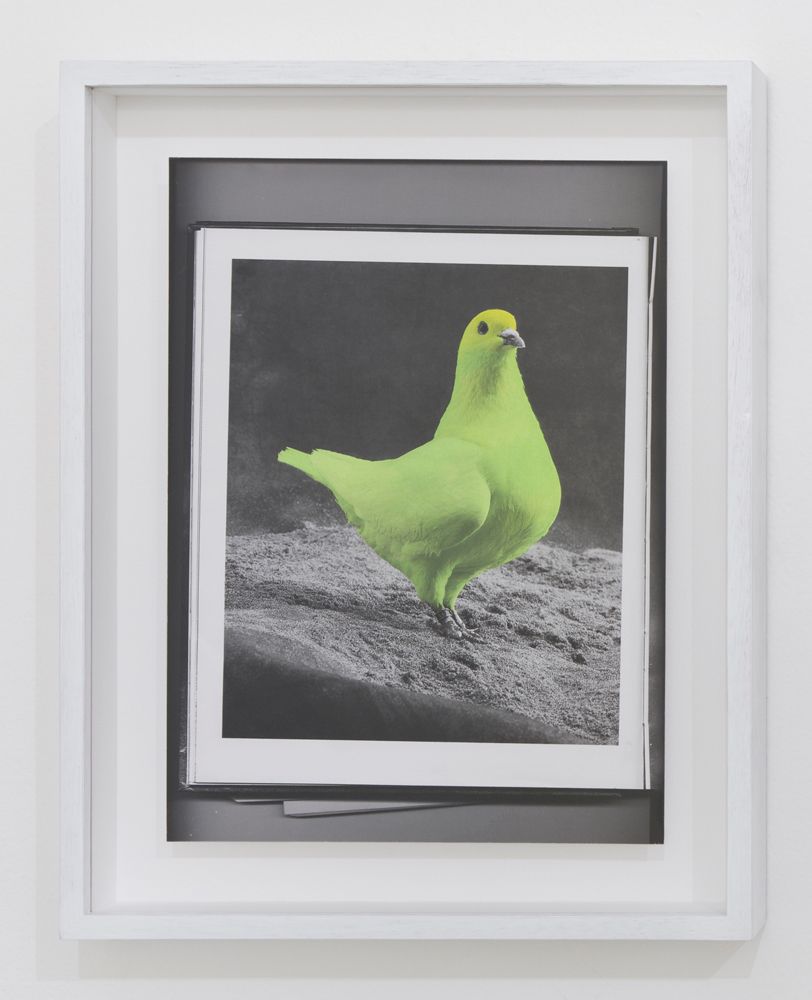 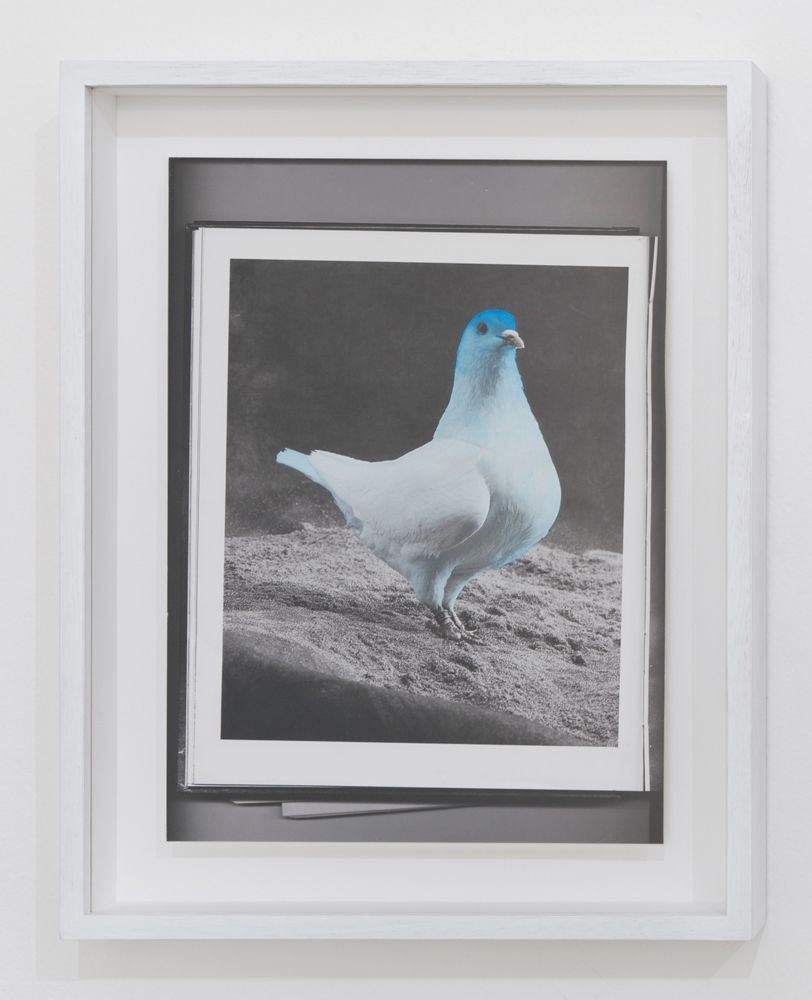 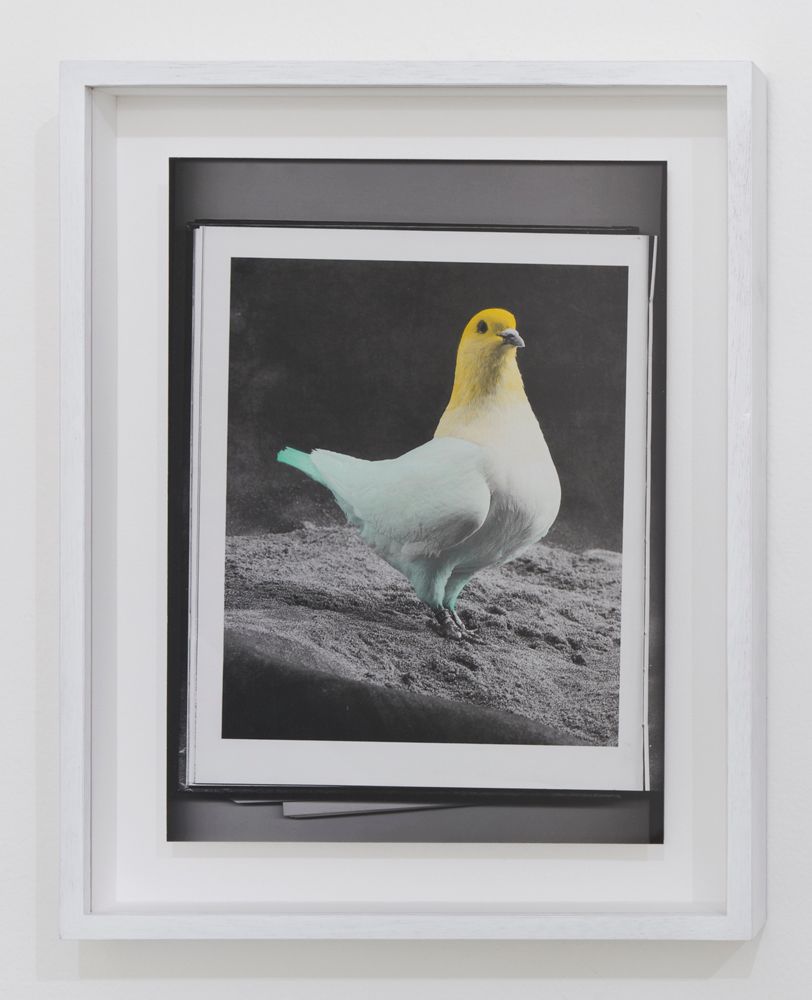 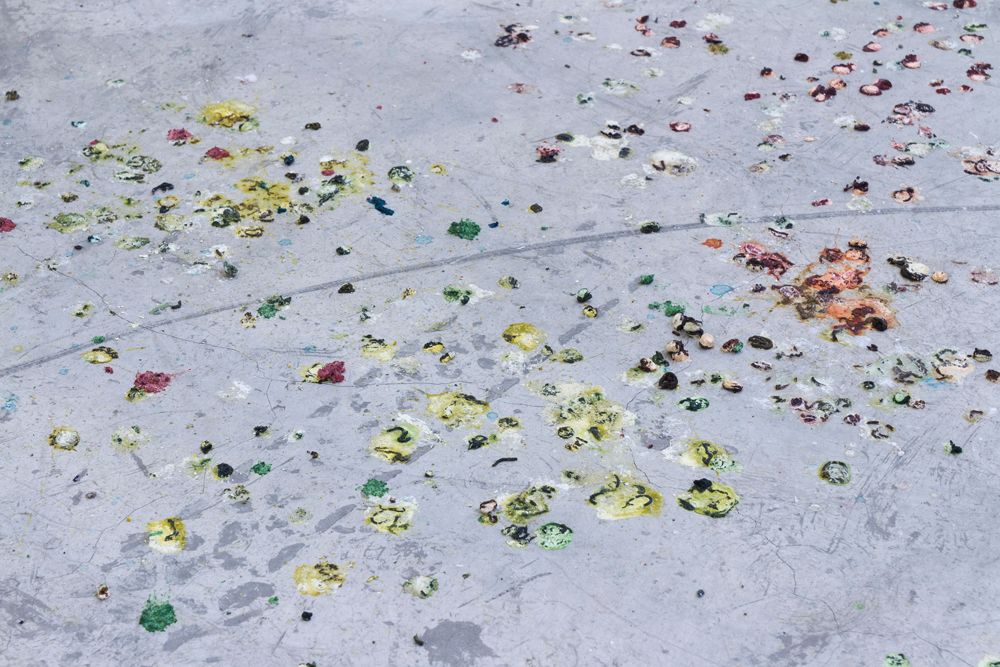 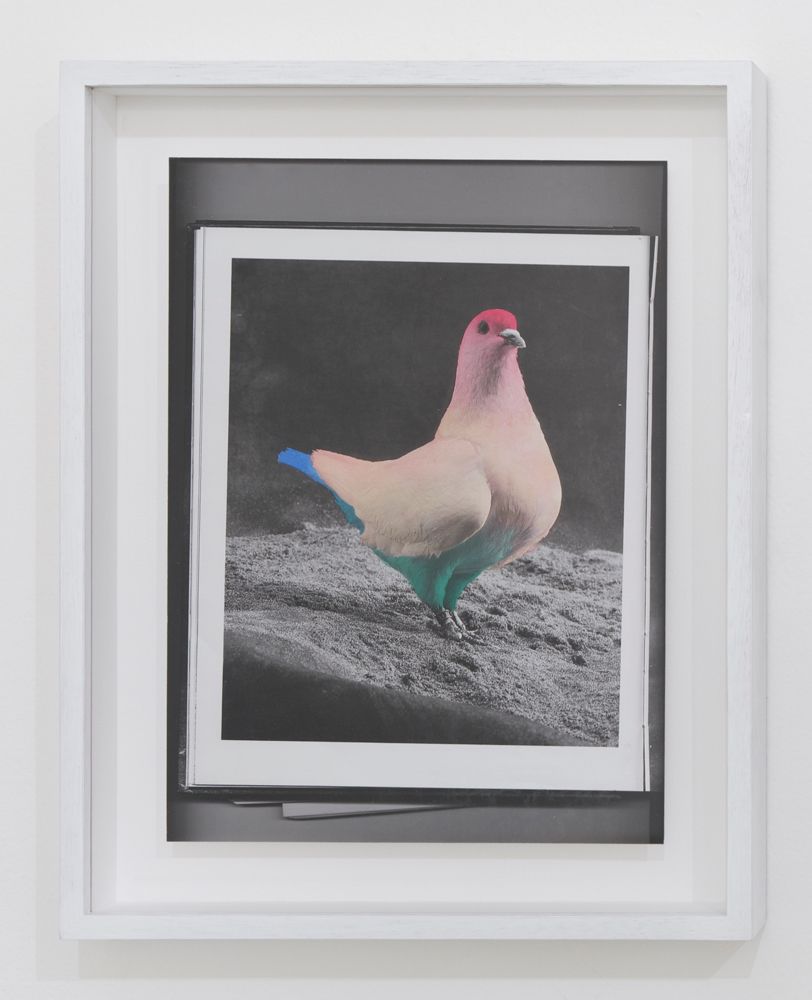 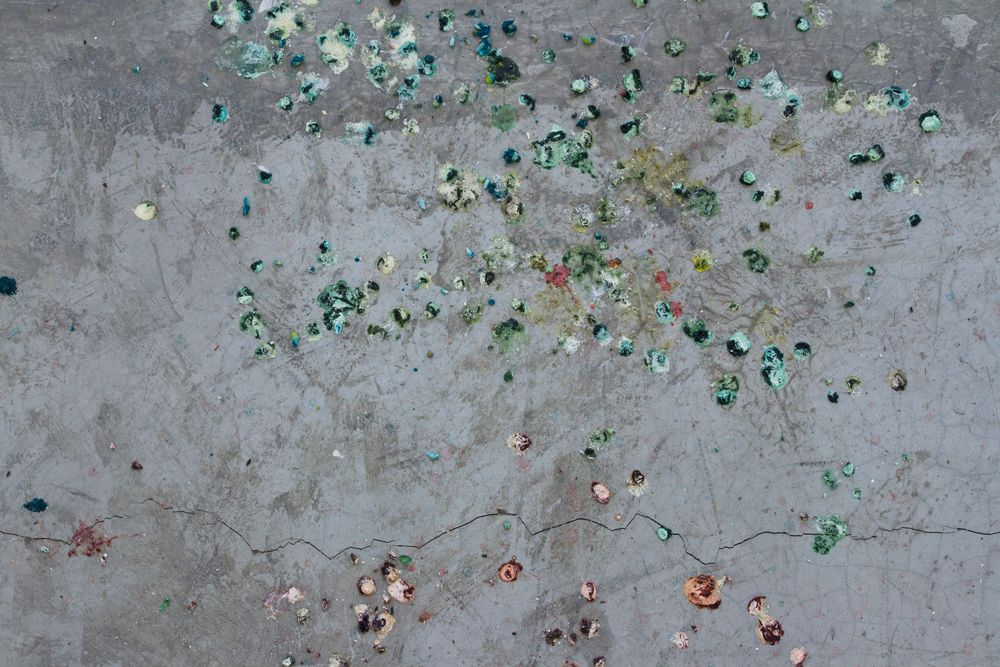 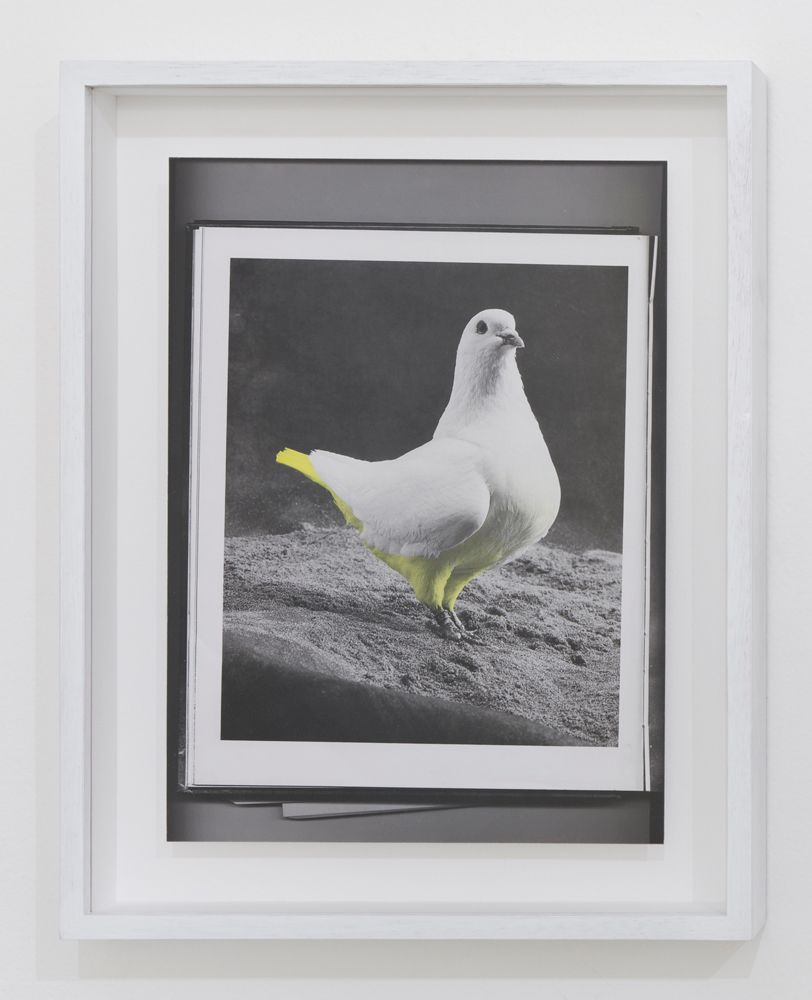