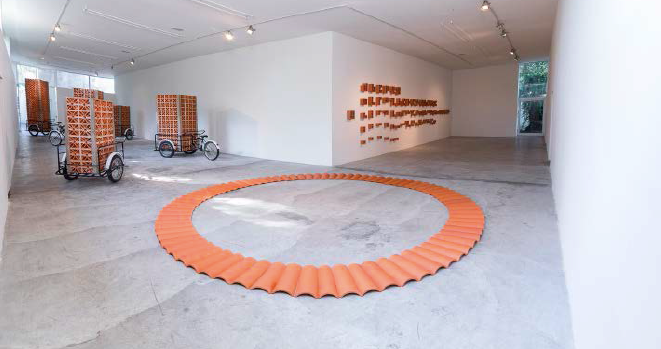 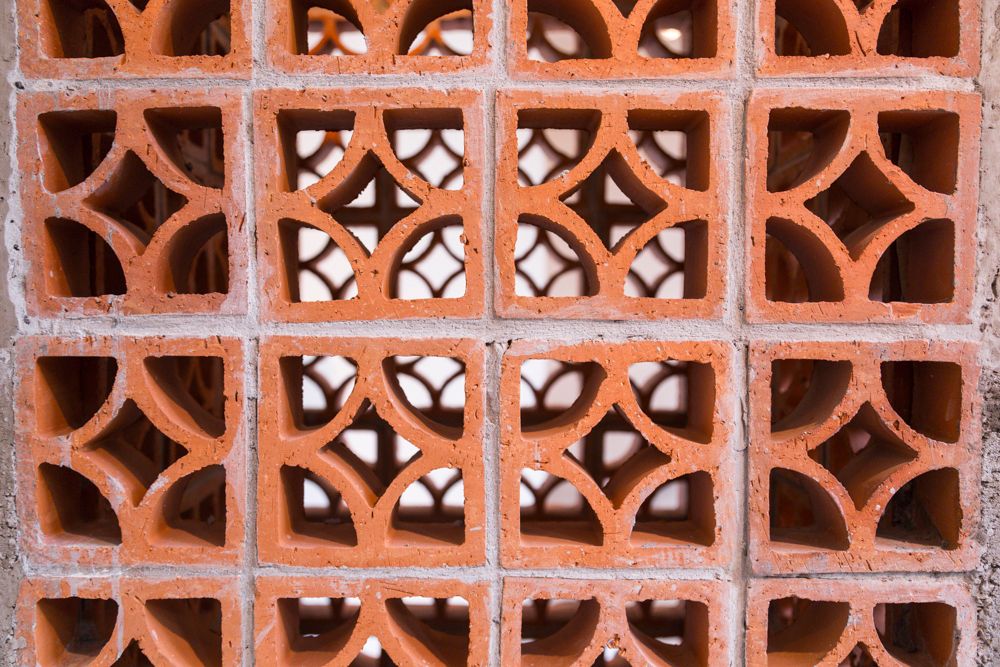 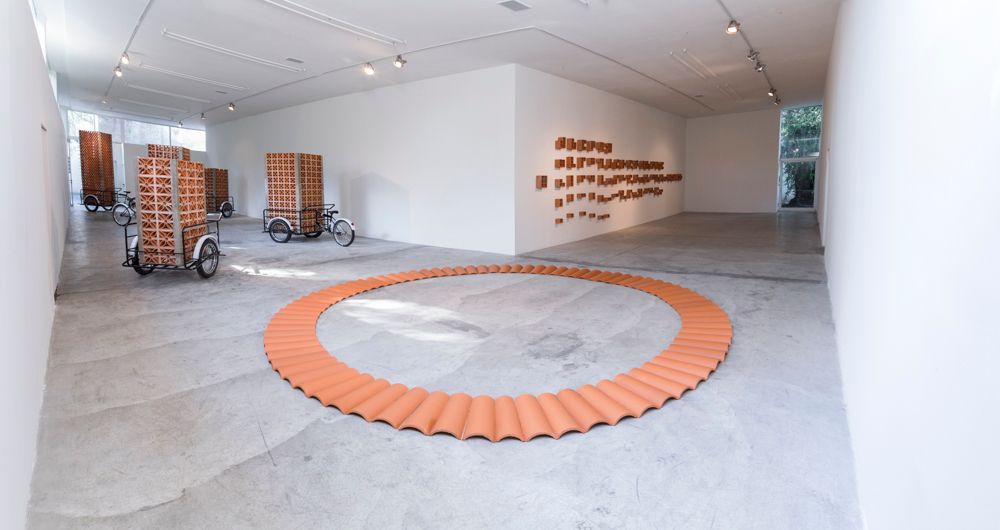 From a tense clothesline hang the family sheets as they sway with the wind’s come and go. On their white tissue dance the shadows of geometric shapes. Circles within large square and small triangles move in their arabesque progression to the rhythm of the urban breeze. This sunny zotehuela surrounded by latticework, a space typical of social housing in newly urbanized Mexico during the 70s, is the memory that for Héctor Zamora (Mexico City, 1974) became a body of work based on the observation and tracking of its basic architectural elements.

The advent of social housing projects in Mexico is historically expressed through paradigmatic examples such as the Multifamiliar Alemán (1948), or the Conjunto Urbano Tlatelolco (1949), both designed by Mario Pani in close concordance with the ideas that Le Corbusier applied in the Cité Radieuse.

For Zamora, witness of the transformations of the modern in México, the latticework rises beyond reminiscence as a formal, distinctive element, traditional in origin but characteristic of an era in which architectural practice was linked to improvement in quality of life. Whether in countries under post-revolutionary construction, such as Mexico; in the process of post-war reconstruction, such as France; or in the way of reinvention, as in Brazil, architecture responded internationally to the alleged needs of the future.

This architecture, half a century after being projected by individuals, transformed, transferred and mutated following the identity of the people who inhabit it. From India to Istanbul, São Paulo to México City, Héctor Zamora recognized in units such as lattice the symptoms of the unstoppable march of the present.

The title of the exhibition refers to a dual space of possibility in which the test function of the essay, as complement of the theoretical studies, enriches itself by the nuances introduced by Deleuze with the concept 'anexact' to the classical dichotomy —bound to the modern architectural tradition according to Reiser+Umamoto— of the exact- inexact. The anexact as a space of rigorous experimentation is thus established as the axis of the artist’s praxis and philosophy.

It is within this framework that Zamora developed a series of explorations of hardened mud brick lattice. In works like 6 from the Potencialities series and ViBo the basic element is deconstructed to function beyond its utilitarian usage and therefore uncover its semantic possibilities. The ancestral construction cell, geometric yet imperfect, unfolds into 63 new pieces that are rhythmically arranged onto the gallery wall. This new configuration of its form and physical presence is built in the — anexact— space between the formality of the grid and haphazard freedom, the discipline and anarchy, the domination and emancipation. 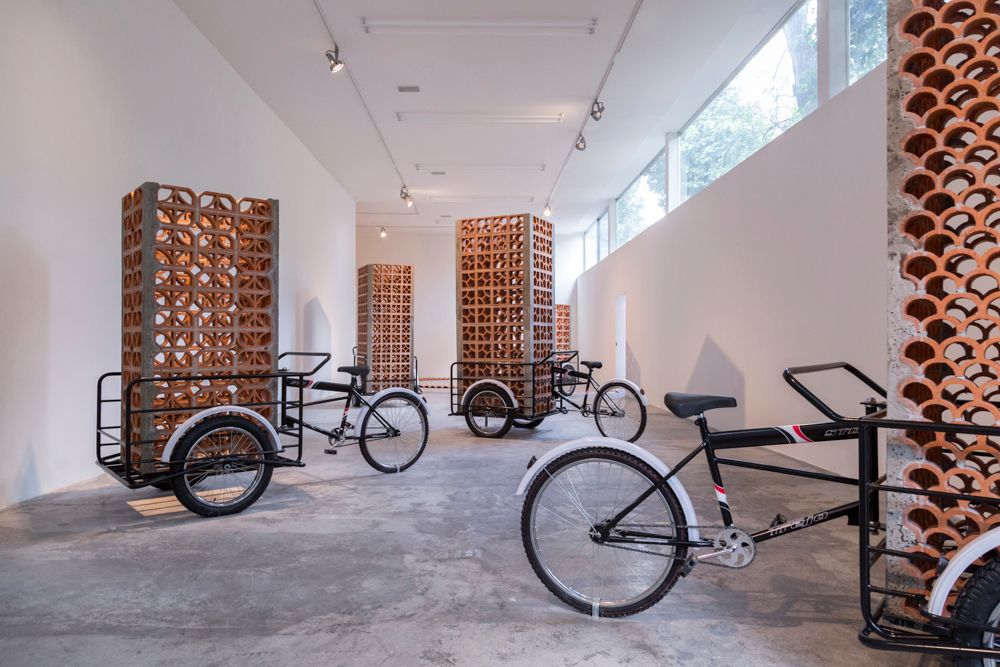 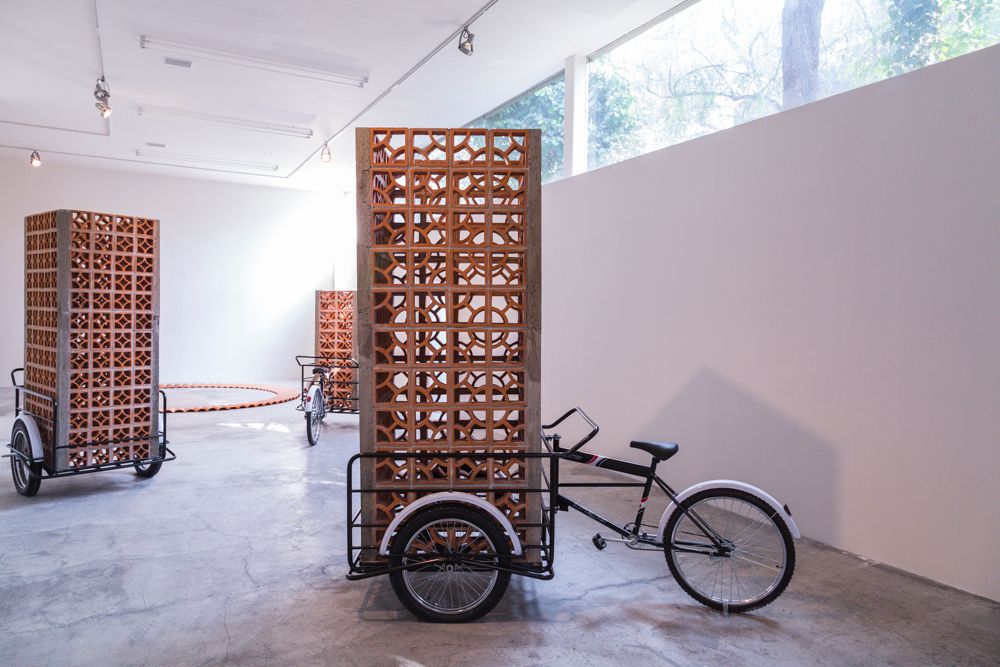 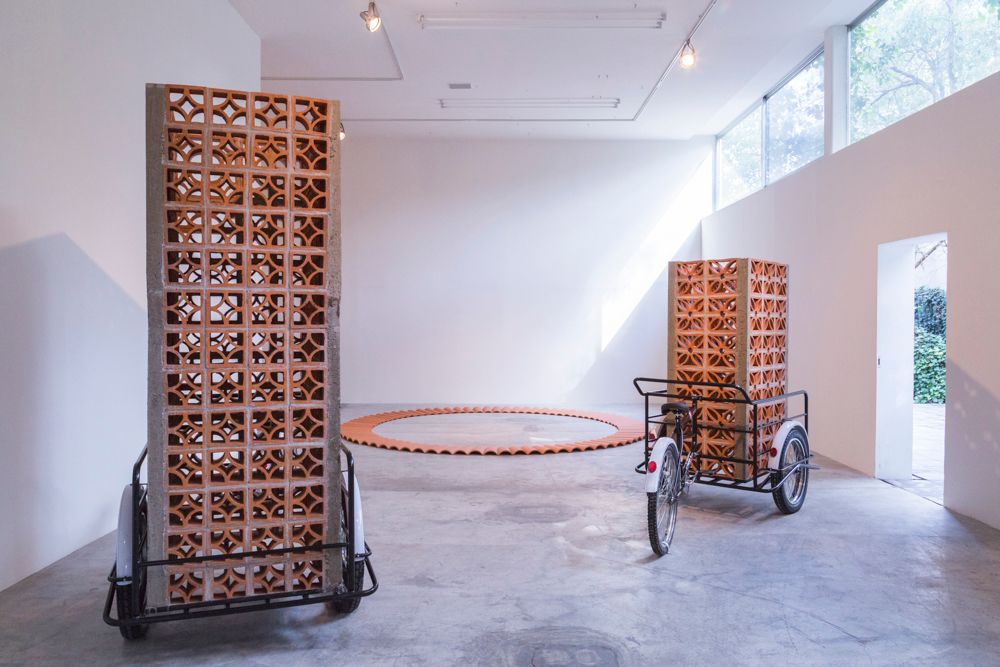 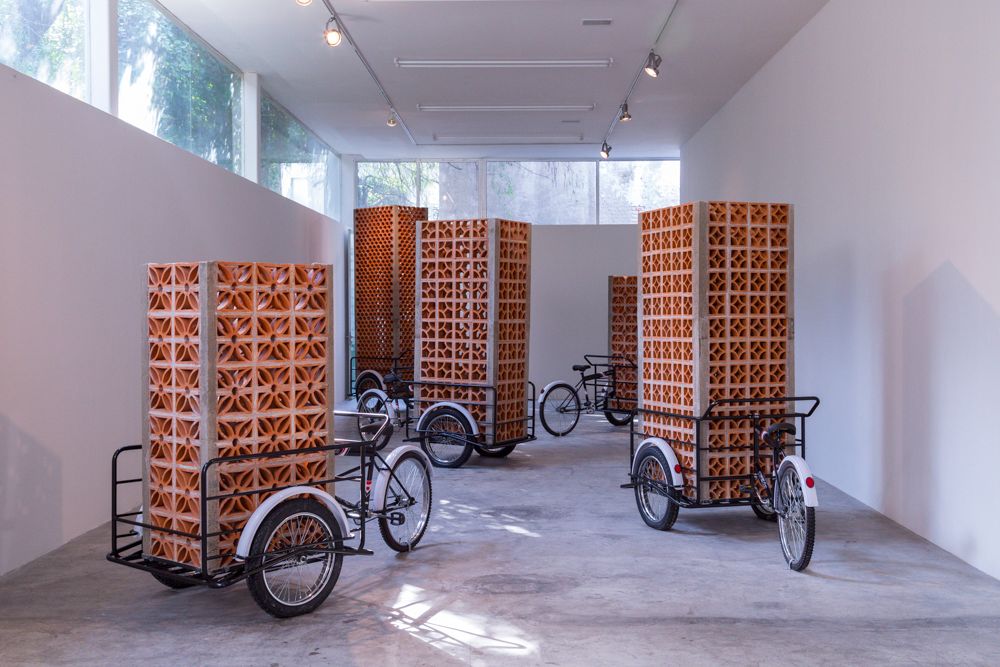 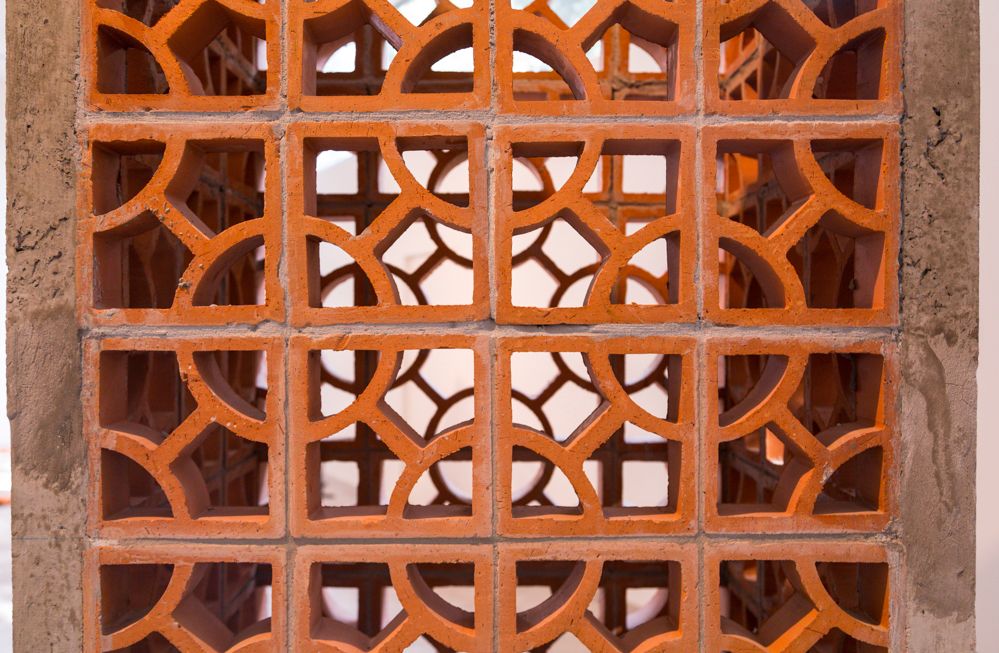 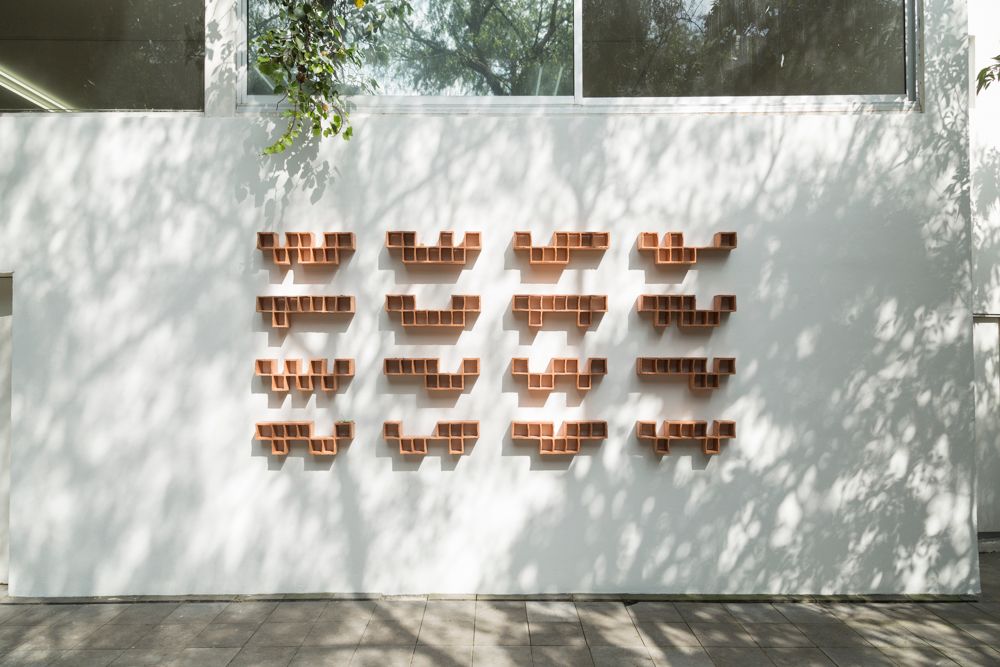 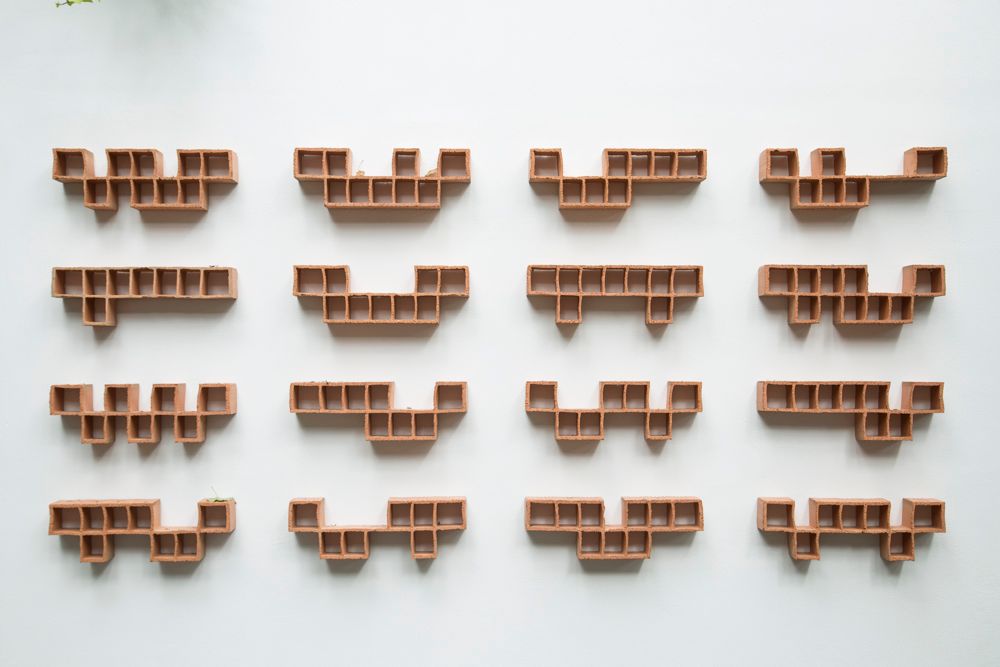 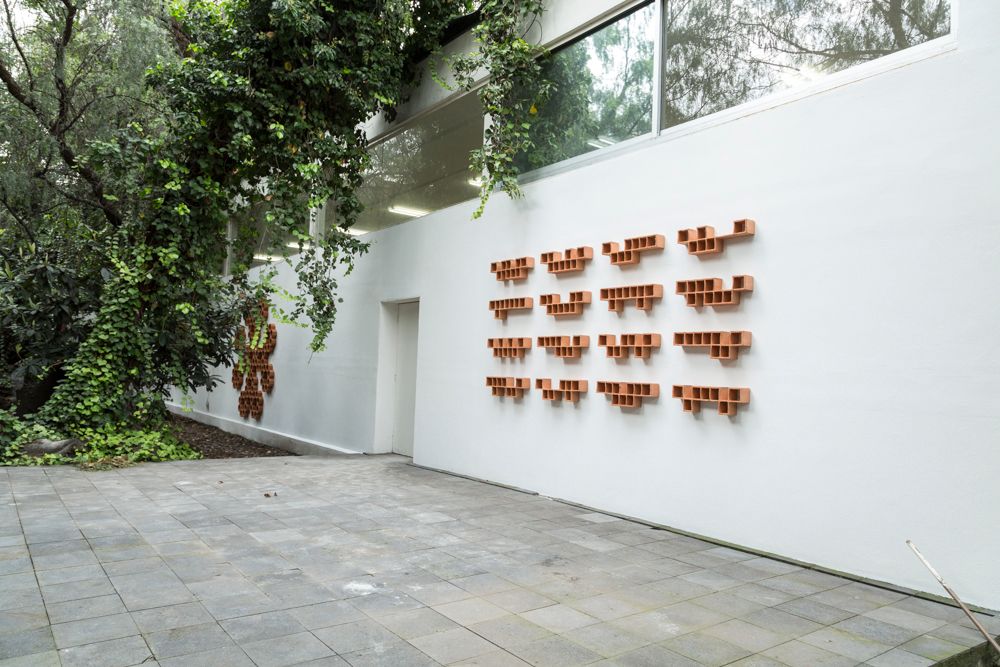 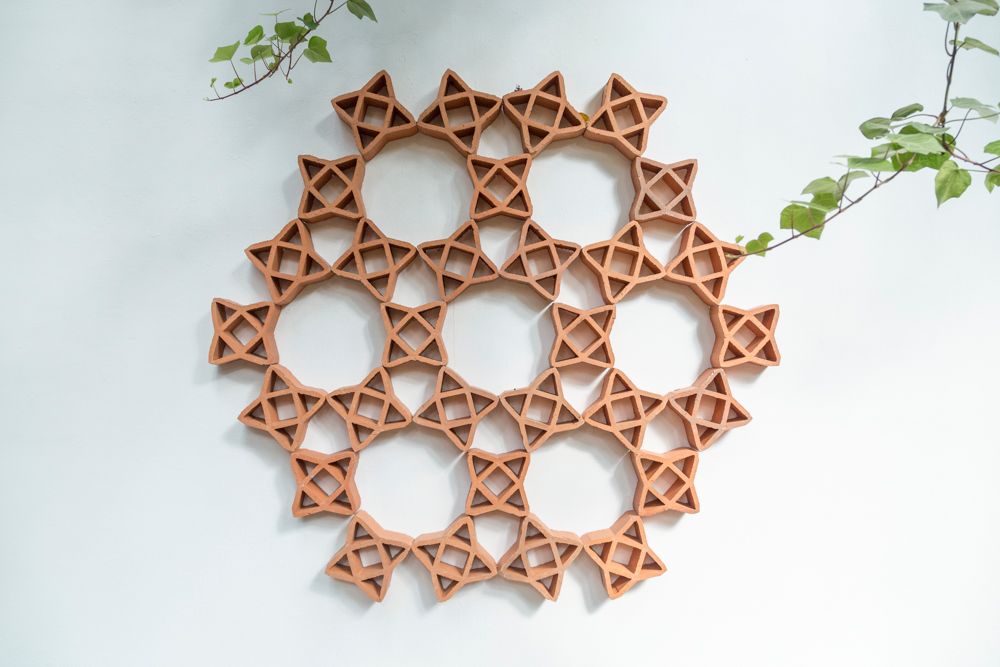 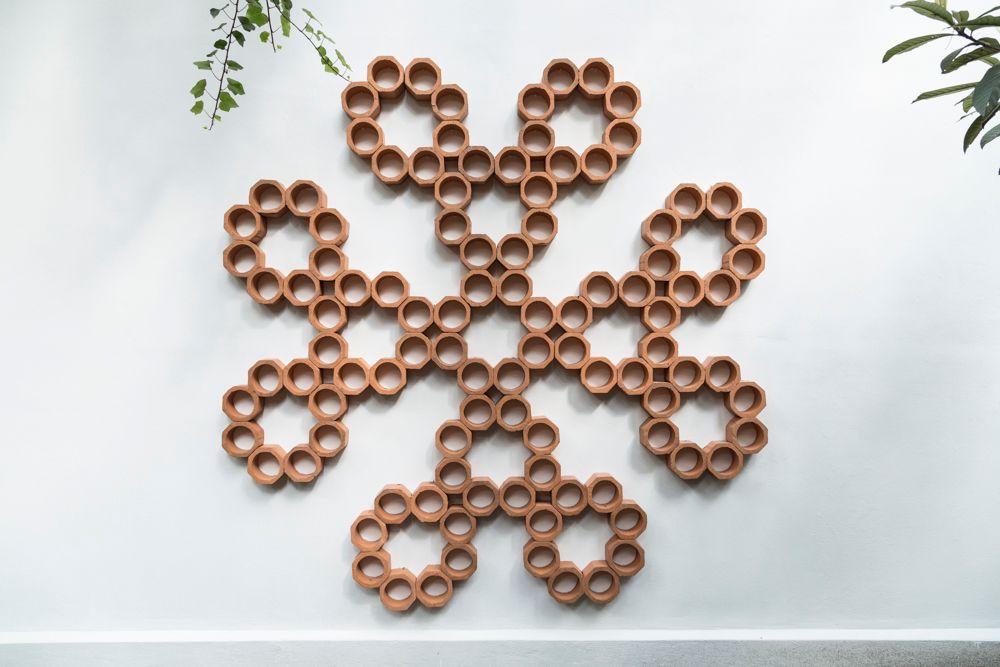 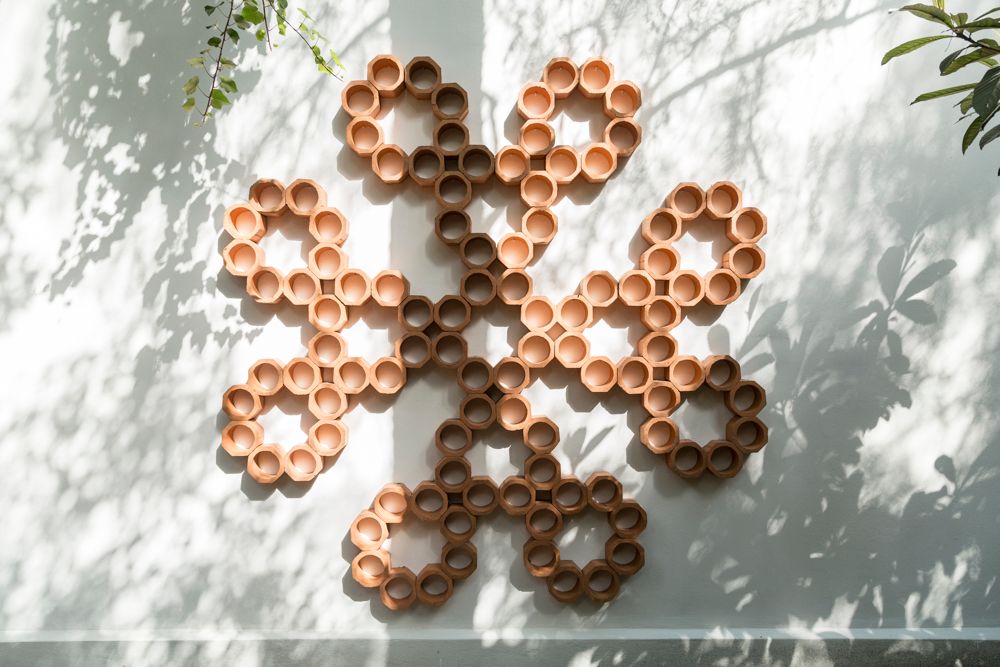 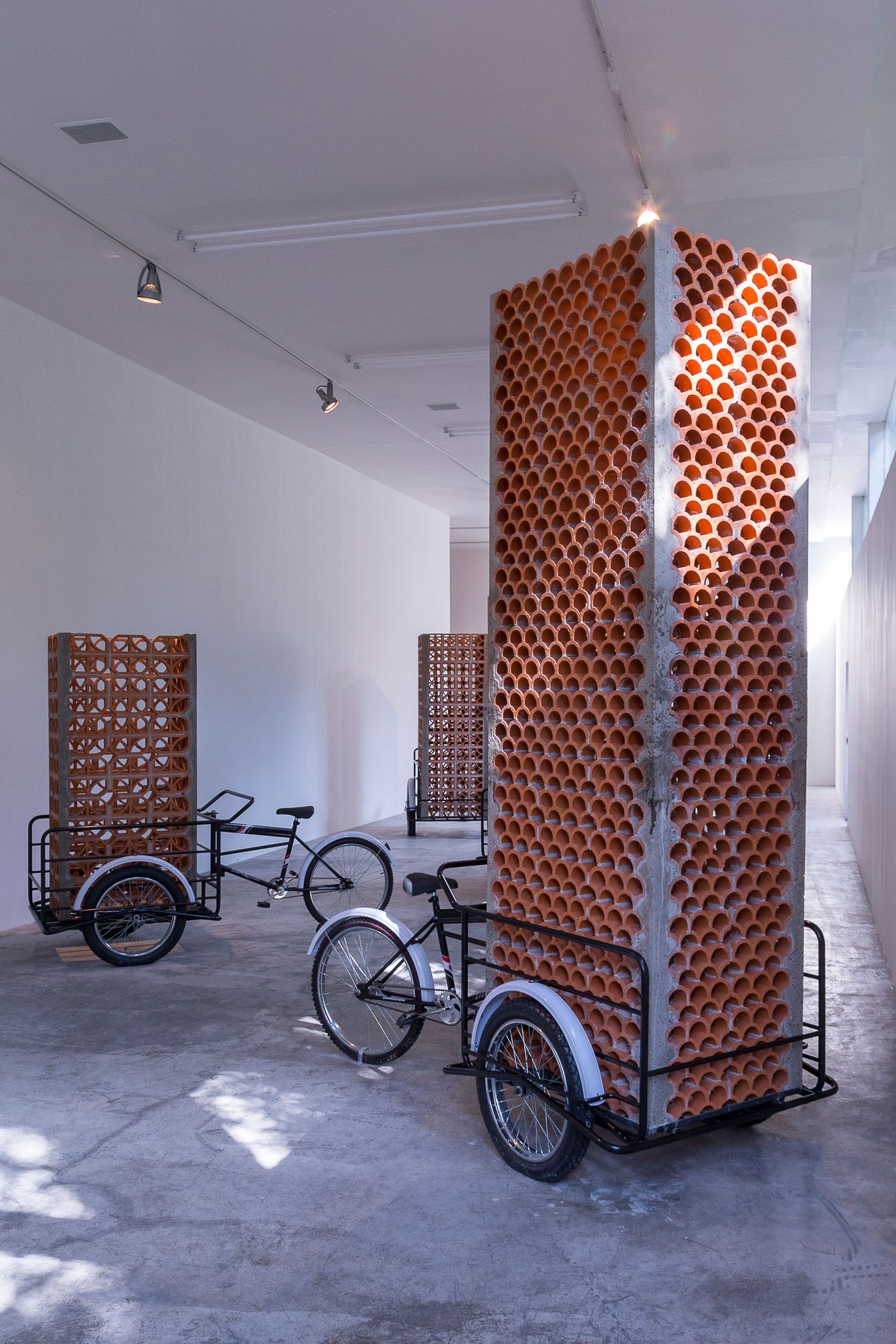 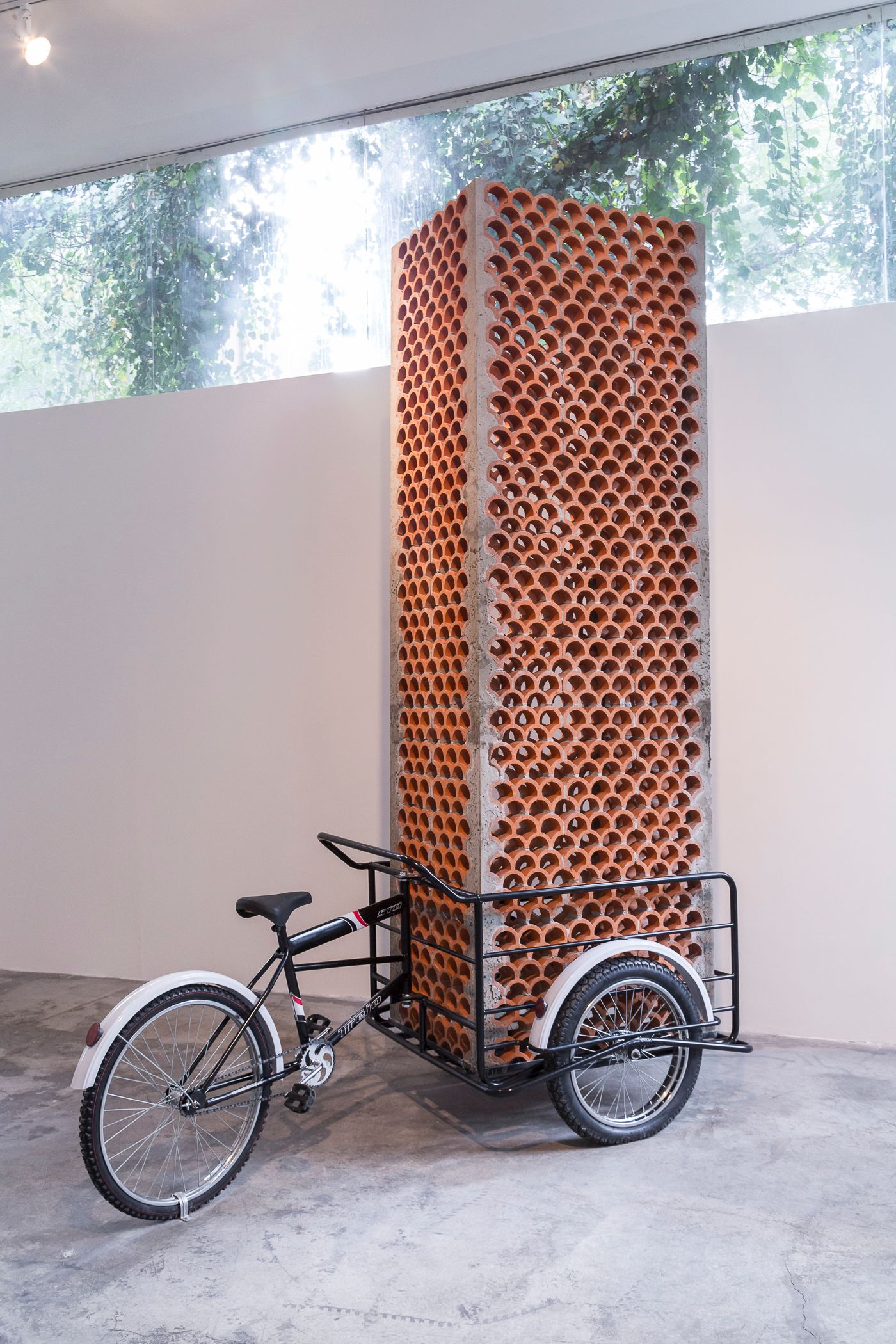