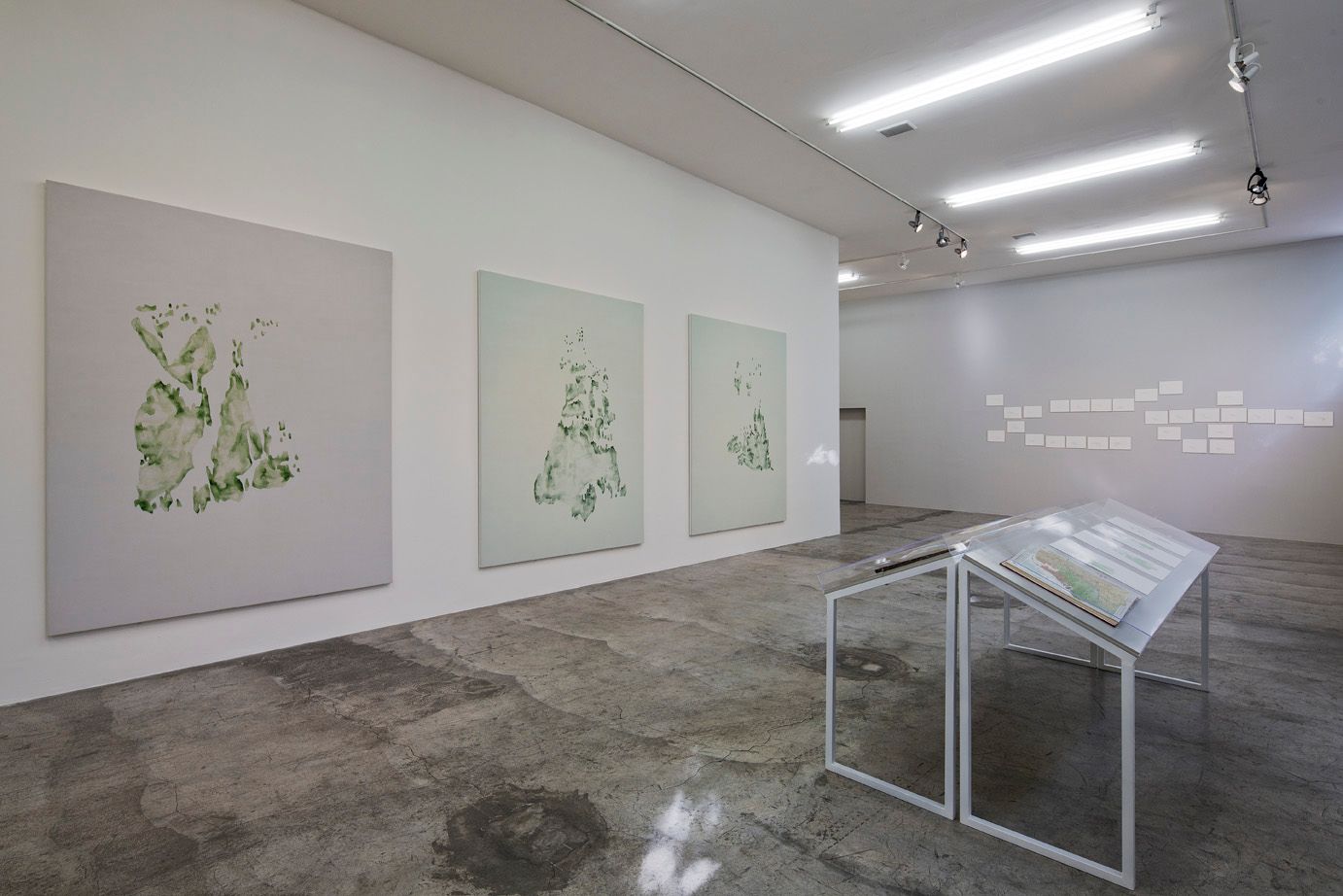 On Glaciers and Avalanches

Again, Kopelman sets her eyes on the glaciers, as she did for her first show at Labor, 50 meters away or more (2010), but this time she does so trying to grasp them in their relationship to avalanches. If her first encounter, in 2010, was a direct confrontation with the landscape and a reflection on the attempt on its representation, this time the relationship with the glaciers is filtered through the link that the artist has established with the scientists she traveled with, and through the understanding of their methods and hence of these ecosystems.

The origin of the landscape as something beautiful, worthy of representation, could be dated back to in the sixteenth century, with the paintings of Joaquim Patinir. Its subsequent exaltation takes place in the eighteenth and nineteenth centuries, when artists dare to leave their ateliers to go, finally, to encounter the outside and around them, drawing 'natural'. In On glaciers and avalanches, Kopelman centers her attention on a meticulous documentation of the Swiss glaciers, which are clearly her main reference.

During her research in Switzerland, Kopelman wanted to learn about the phenomenon of glaciers, so she collaborated with scientists and specialists who helped her better understand the complexity of their behavior, gaining the ability to read these giant ice masses, and learn the how they are studied and cataloged in analytical terms by scientific institutions, specifically, the World Glacier Monitoring Service (WGMS) and the Swiss Federal Institute for Snow and Landscape Research (SLF).

In Gorner glacier from on top the artist partakes with us her dissection, by drawing, of the natural world to which she exposes herself, tracing with detail small sections of the glacier as if they were pieces of a puzzle that, when put together, take us to the vastness of the landscape. In View from Grosser Aletsch the color palettes of grays and blues are mixed showing us another way to look at the force of this endangered natural phenomenon. 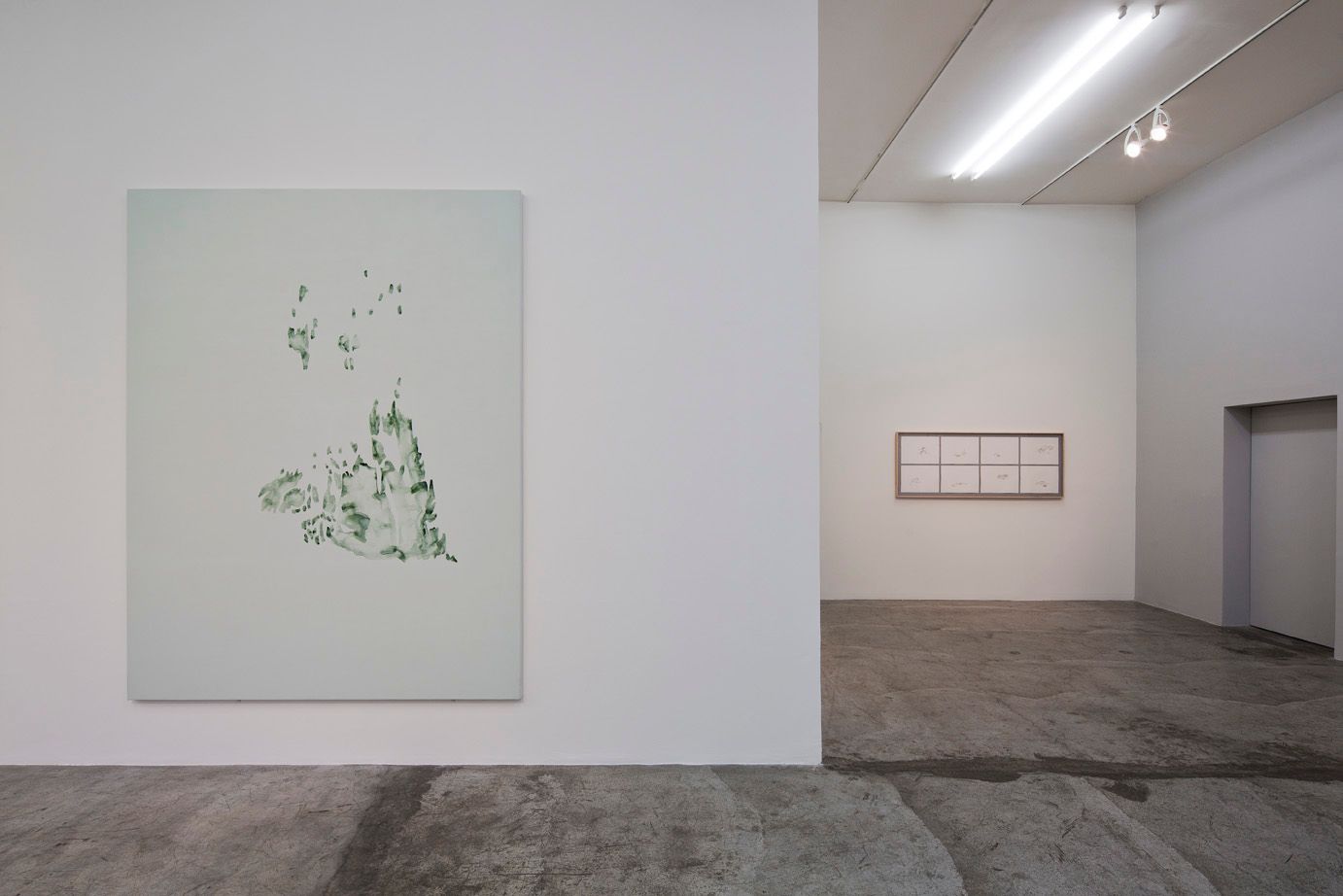 The hidden ecosystem with its wealth of organisms is another aspect which the artist seeks to approach by reflecting on it. The delicate strokes of Lichens from Fluhalp are somehow reminiscent in form of the glaciers, but when looking at them carefully we soon realize that we are facing a different expression of the landscape. As if looking at the landscape under a magnifying glass, and realizing the similarities when glancing at the same scene from afar.

With Tree line two slopes Davos from below, the pine trees struggle to remain on the surface after having been covered by the white mantle of a violent avalanche, yields a series of abstract compositions charged with movement, where we see the pines on the hillside, and the channels the avalanches formed in between them. Ephemeral landscapes that the artist transfers to large canvases that at first sight resemble watercolors, through which we feel lifted atop the mountain watching the struggle of vegetation against the snow.

Looking up the word process in the dictionary we find definitions like "passing of time" or "action of going forward." Irene Kopelman is an artist of process, her method is process. It is that passing of time spent in touch with nature that takes shape on paper at the same pace as her understanding of it. Kopelman works with the landscape and its constant change, with its transfiguration over time, creating images in which she subtly combines colors, shapes and textures.

This body of work is the result of a residency at the Laurenz-Haus Foundation in Basel , Switzerland (October 2012-13), and subsequent trips to the region she made to continue the project. 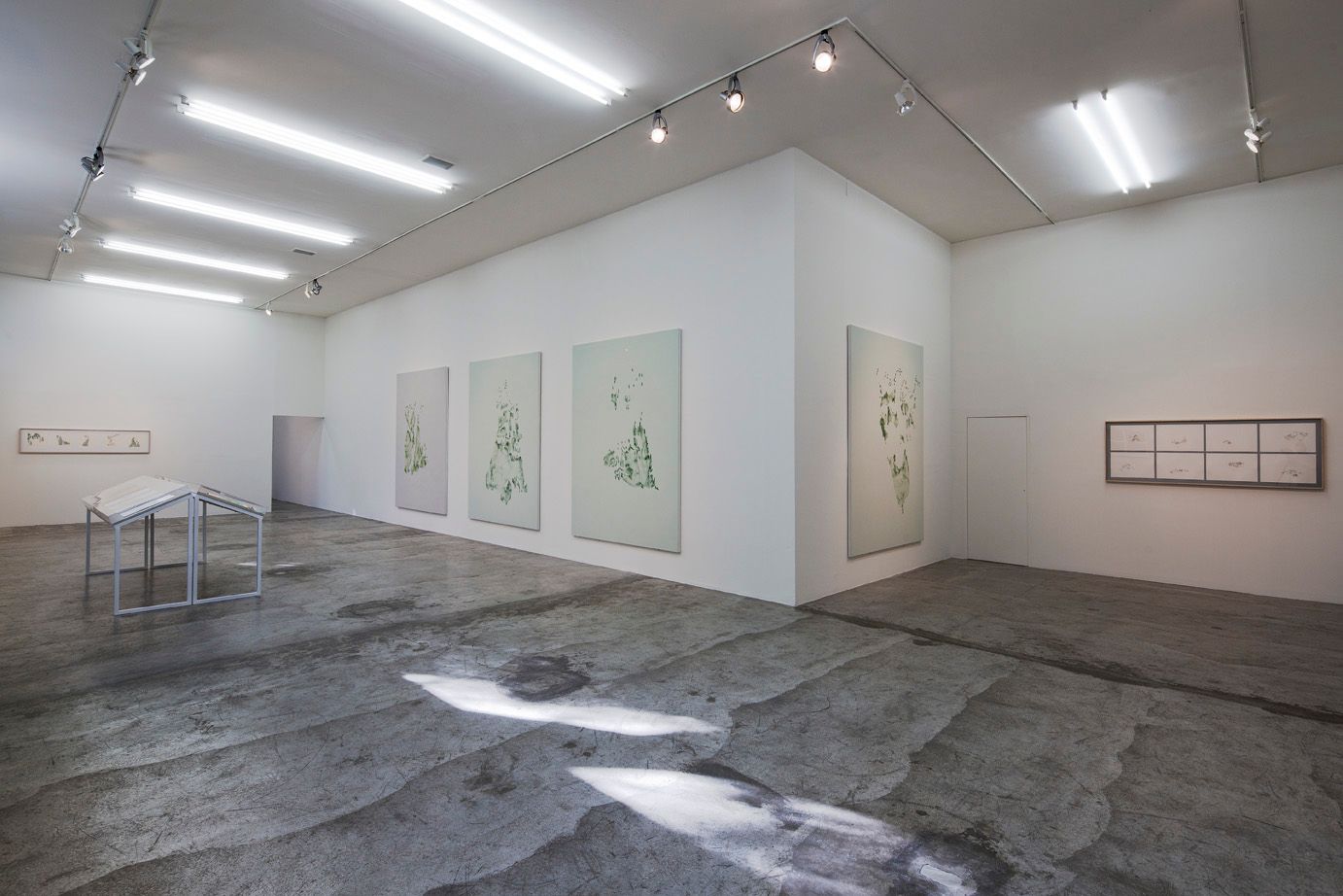 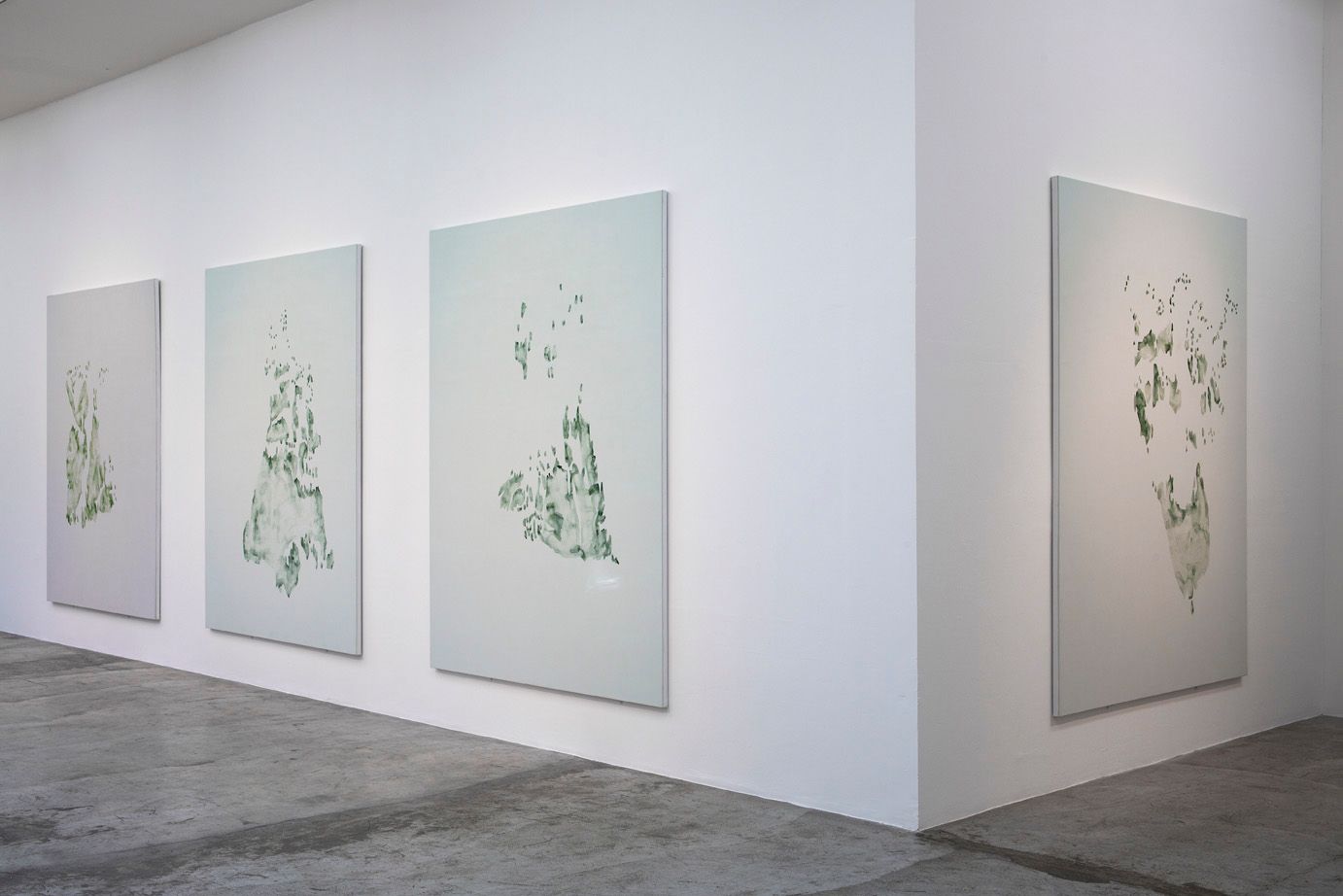 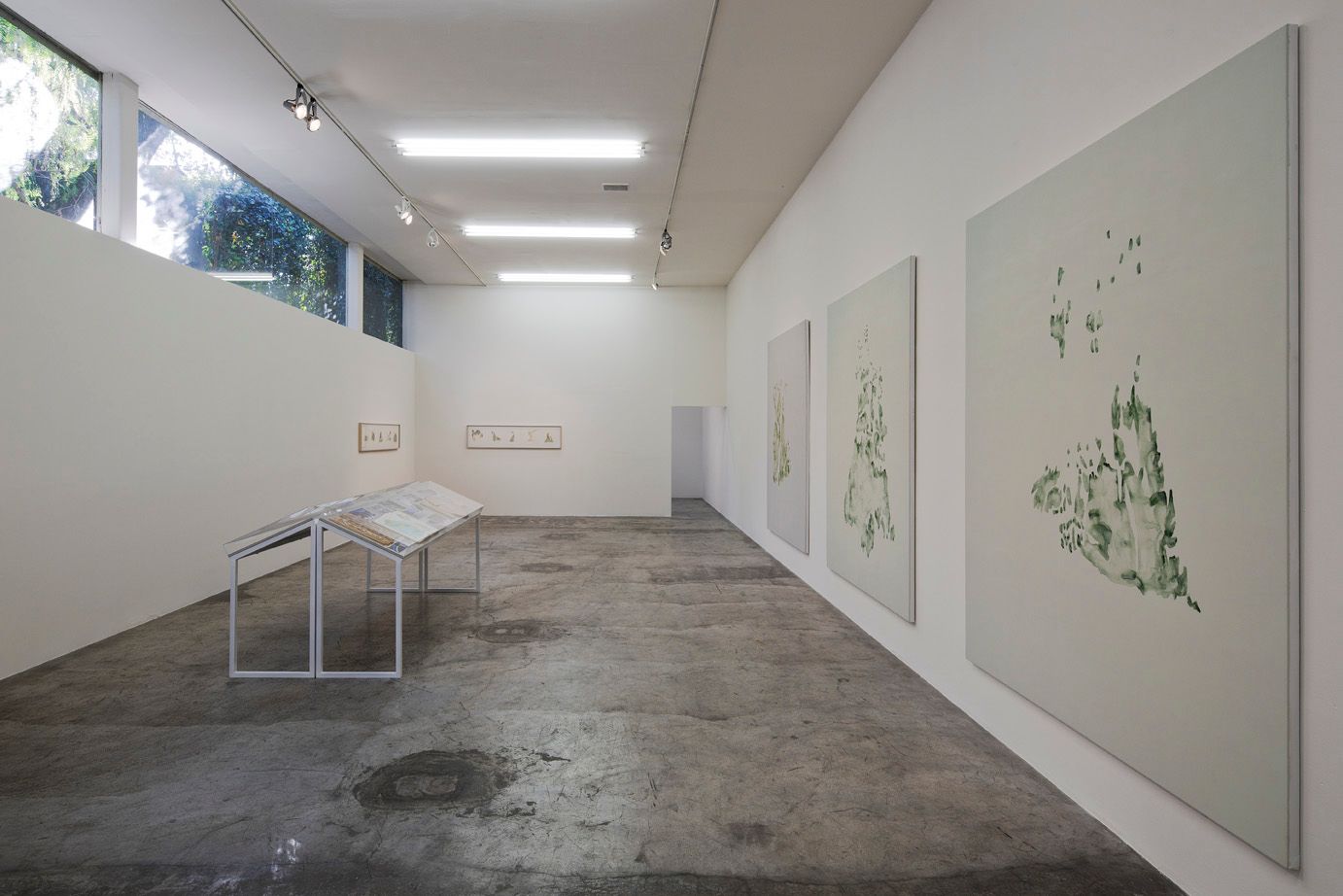 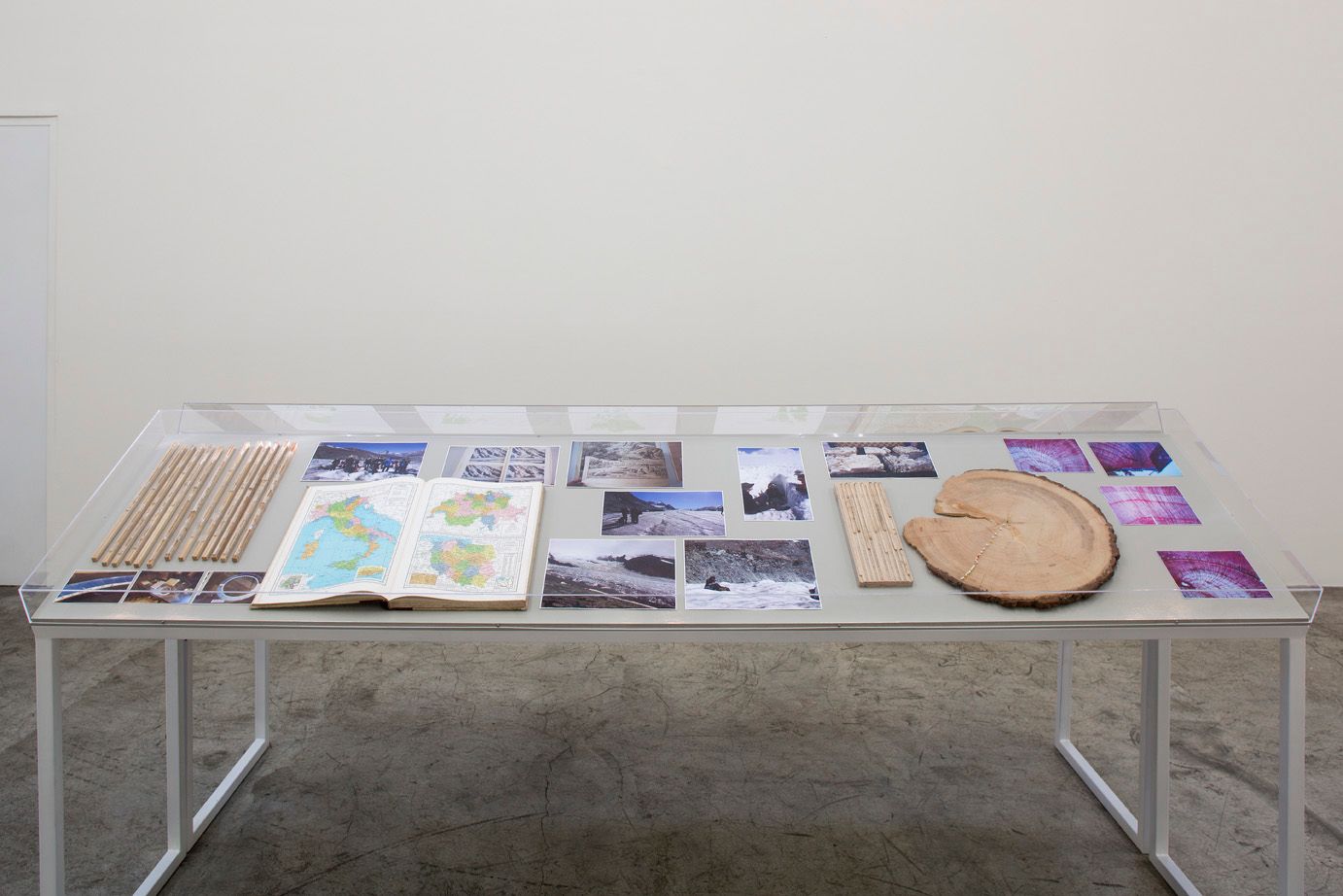 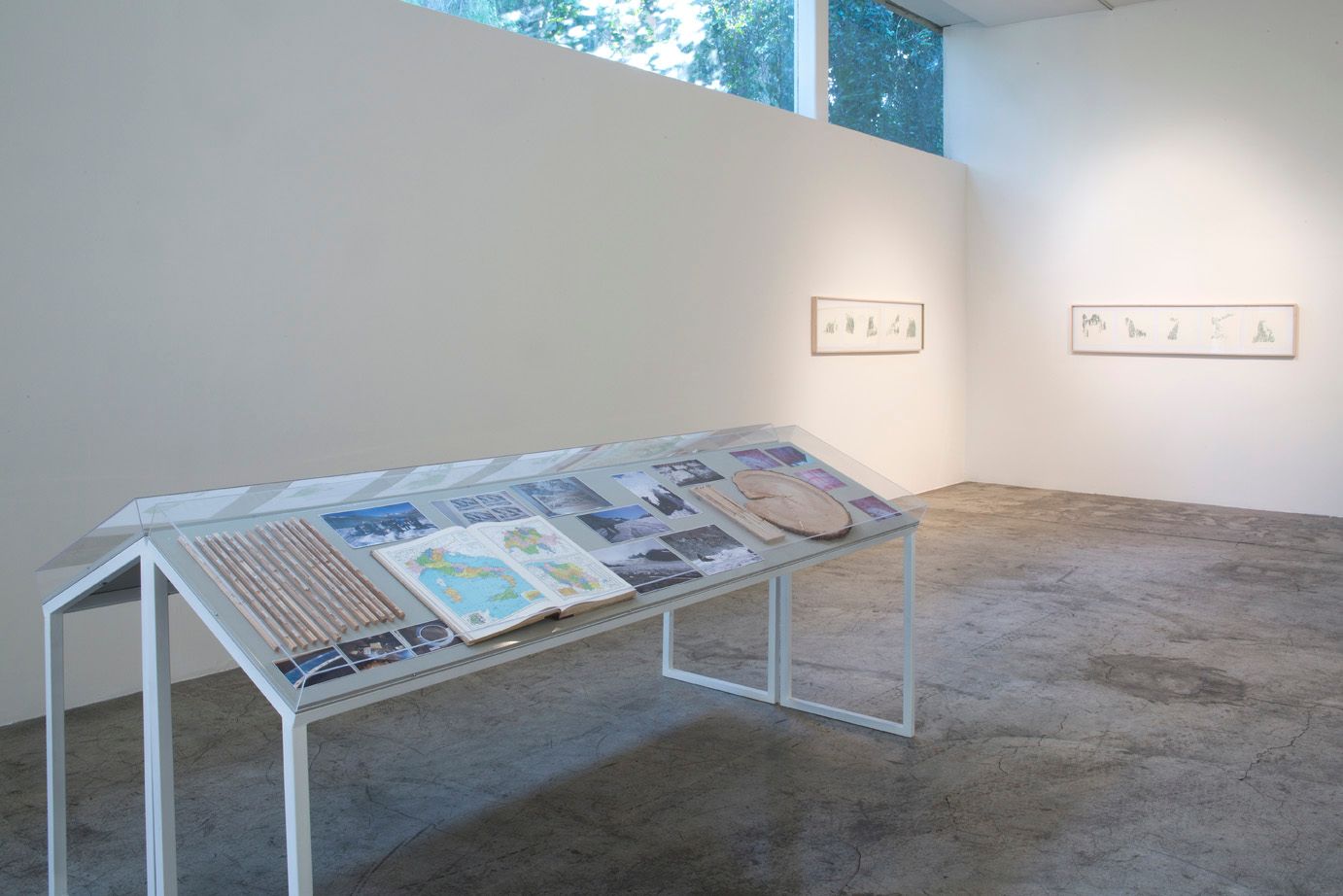 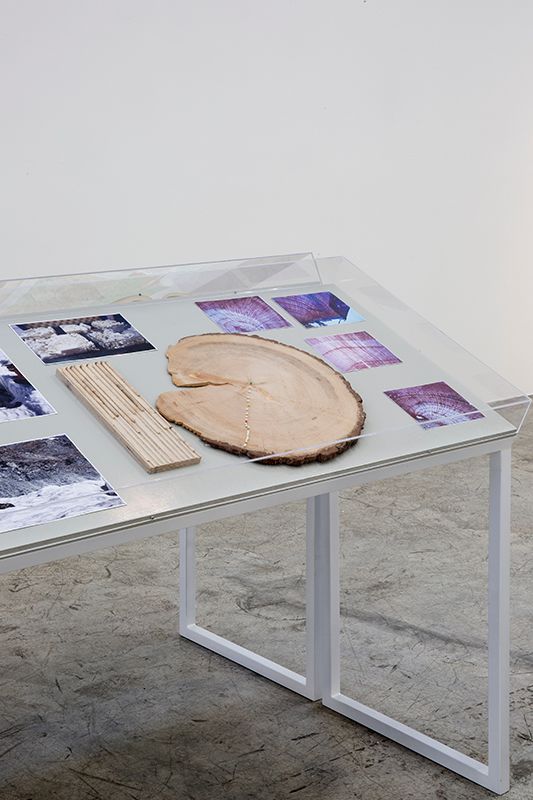 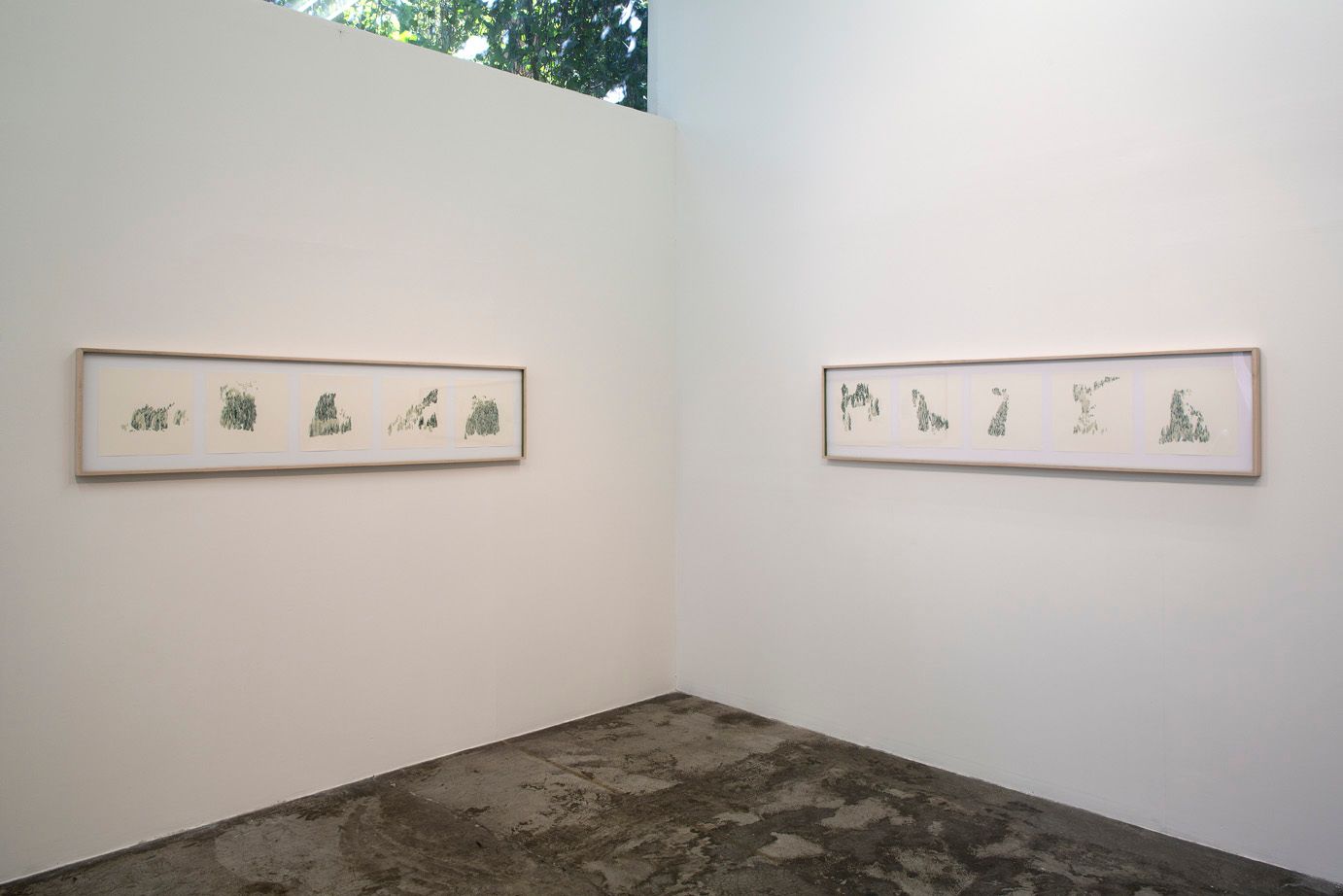 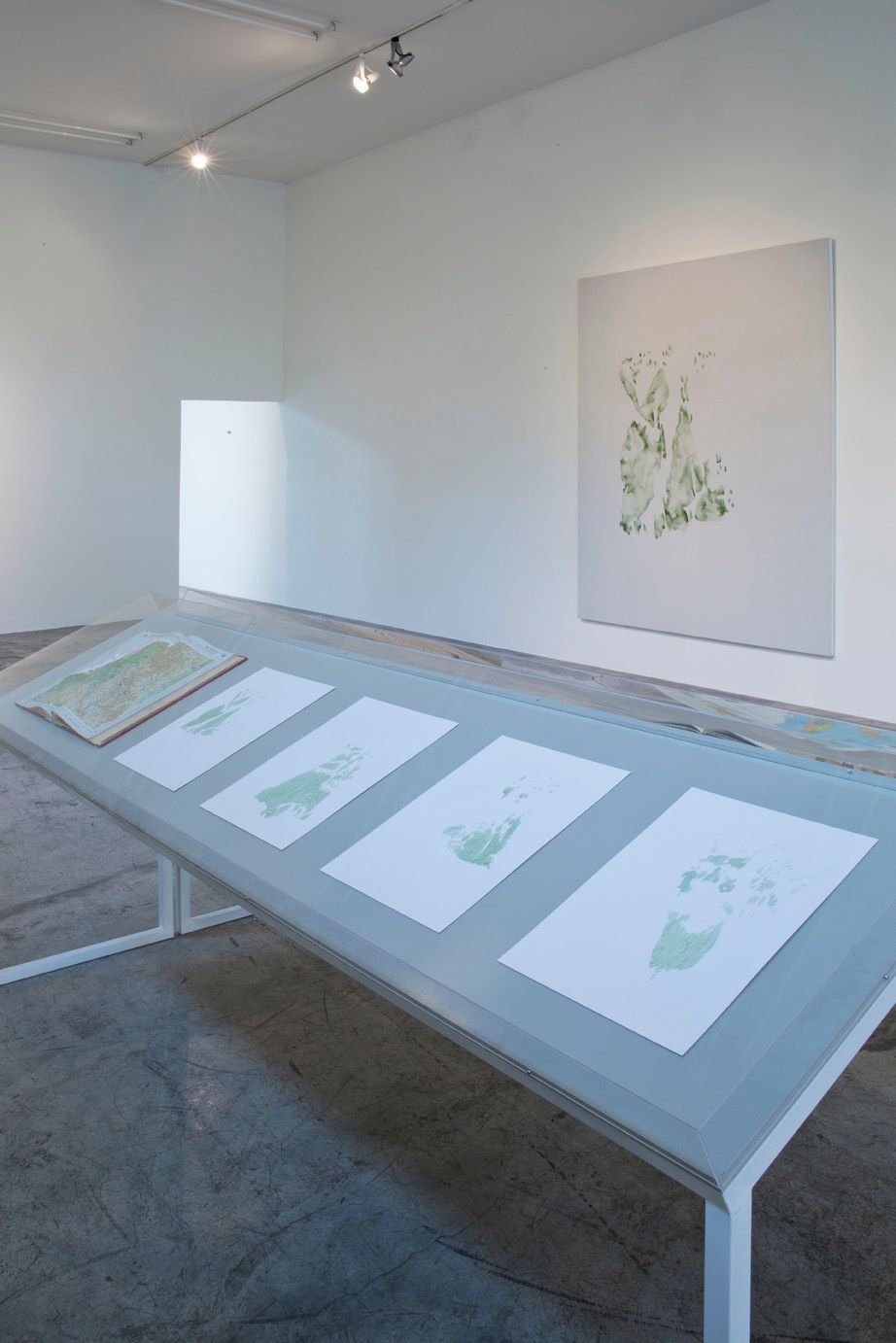 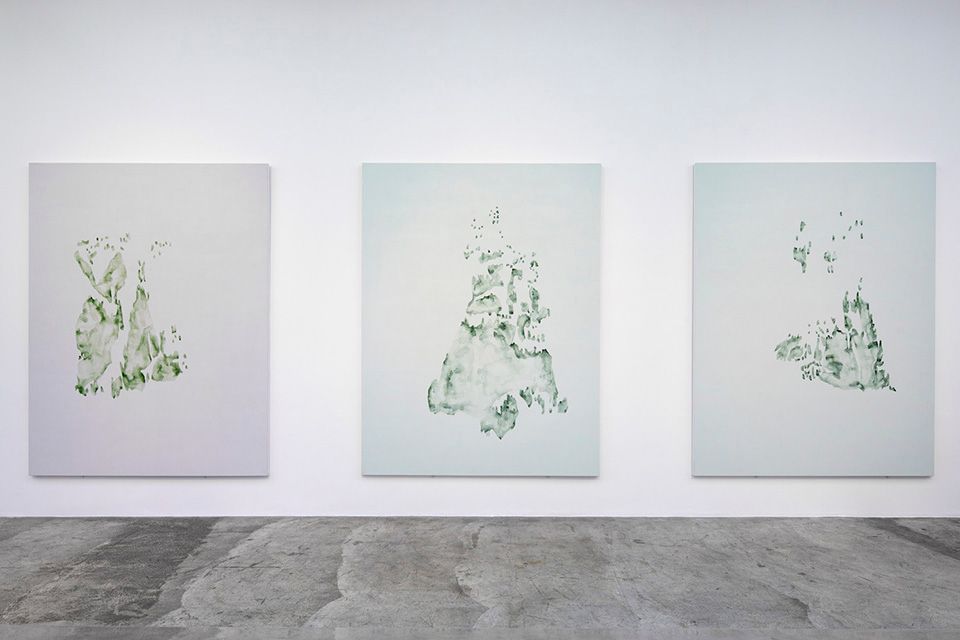