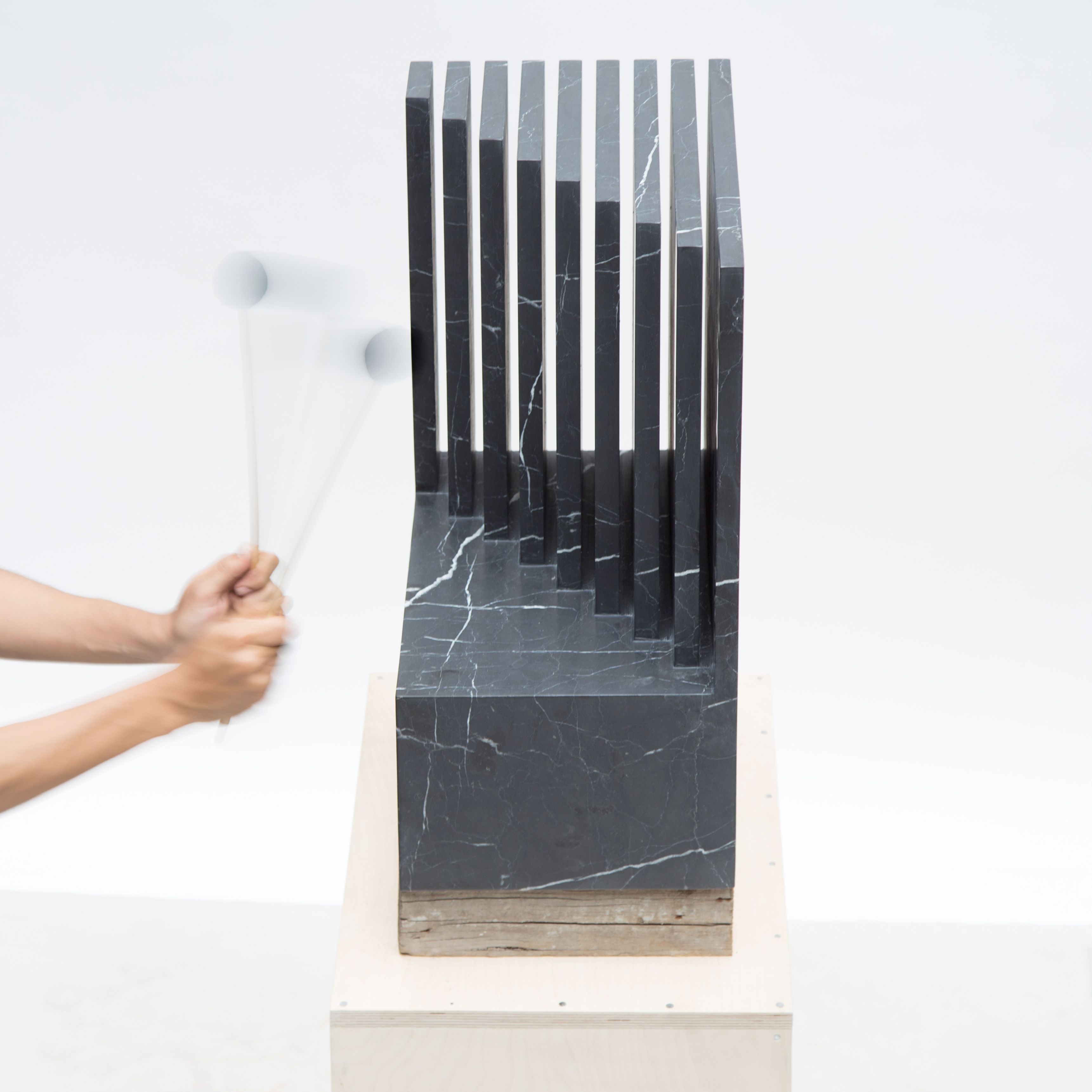 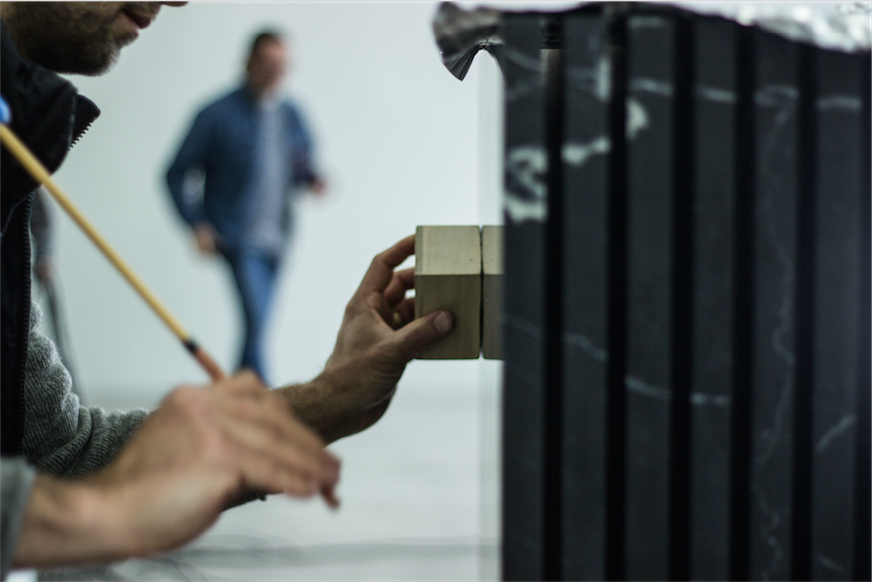 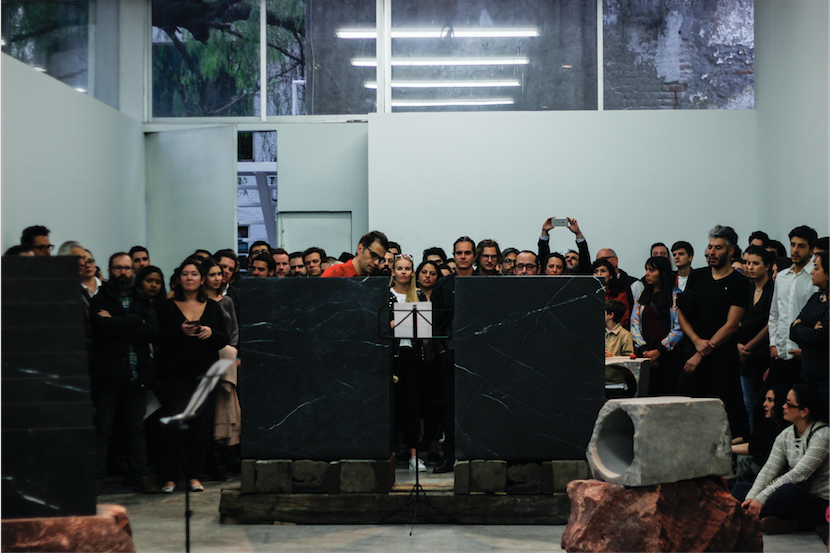 A lithophone is a percussion instrument made of stone. In particular, these instruments belong to the subgenre of the linguaphones (solid corbels that emerge from a central block). These are monolithic blocks with parallel cuts of various lengths and depths, which result in prisms that, when struck, produce different musical notes. Its presence is at the same time optical, haptic and acoustic, unlike any other musical instrument.

Lithophones are always an anomaly in the musical universe, being always different in their form and sound spectrum. Some of the pieces presented here are inspired by Aztec teponaxtles (a drum made from a hollow trunk). The other pieces obey a scheme of linear progressions where geometry manifests as a generator of space and sound vibration. Unlike other percussion instruments, it is difficult to imagine these pieces in a festive or even rhythmic context. The cavernous and ceremonial atmosphere they produce is closer to the hypnotic sounds used in meditation or improvisation.

Without establishing a hierarchy between stage and proscenium, its disposition in the room is akin to the Xenakis polytopes, in the way that the interpreters and the public will have to move. For this project, the Mexican percussion ensemble Tambuco will make a series of presentations in which they will play a composition made expressly by Ricardo Gallardo. The new record label graznido.tapes has inaugurated its catalog with the edition of 300 audiocassettes with the project ́s music.

It is not the first time that Pedro Reyes makes musical sculptures made with unexpected materials, as is the case of Disarm (2012), where he transformed firearms into instruments, or Satori (2016) where he worked with Balinese gongs percussed by mechanized drumsticks. Six years ago the sculptural practice of Reyes began to manifest itself in direct carvings on stone, and these two slopes; the sculpture in stone and the production of instruments, converge in this lithophones. 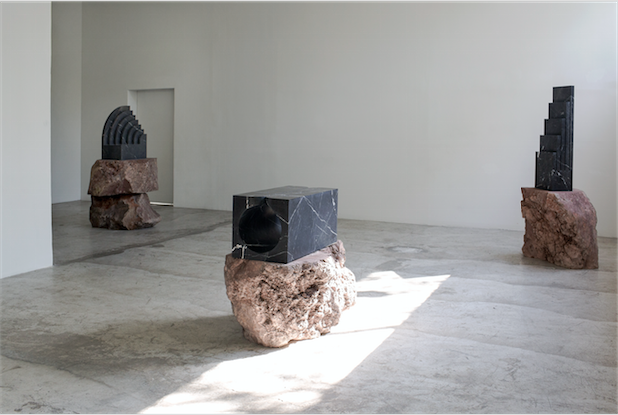 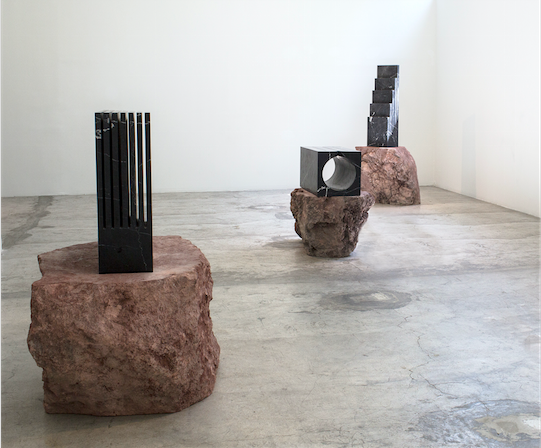 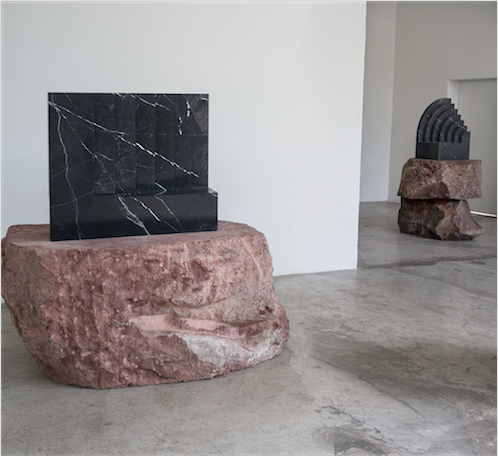 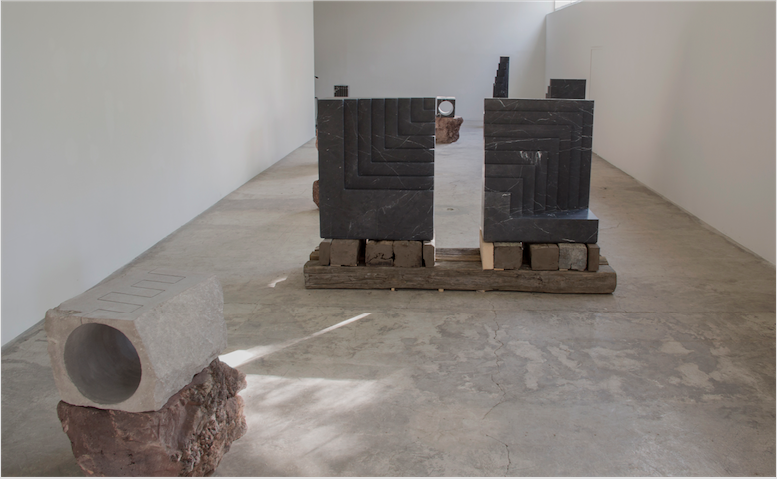 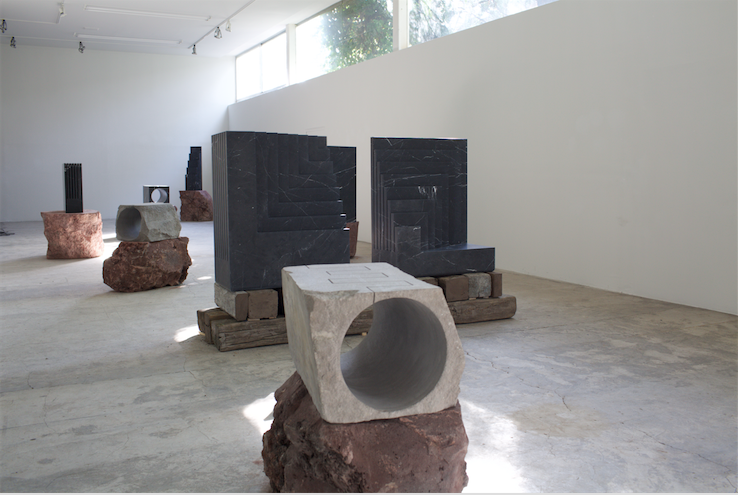 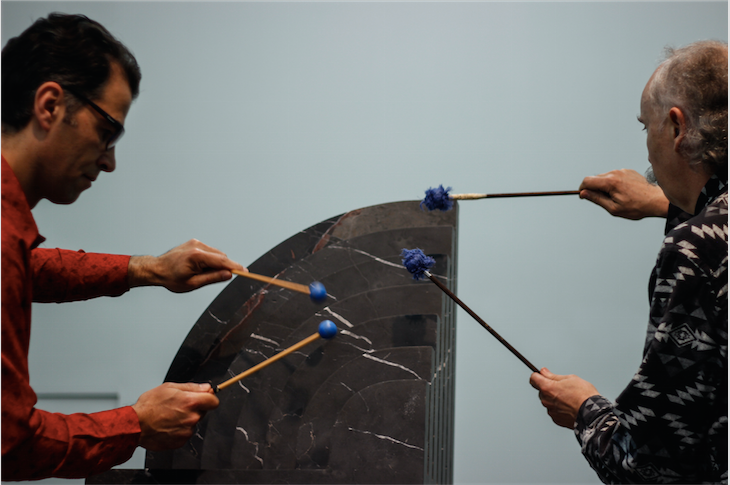 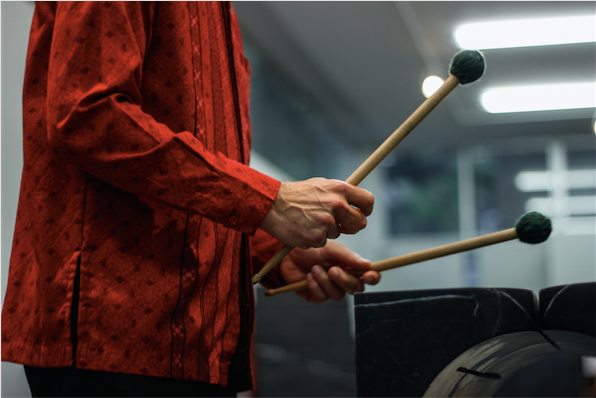