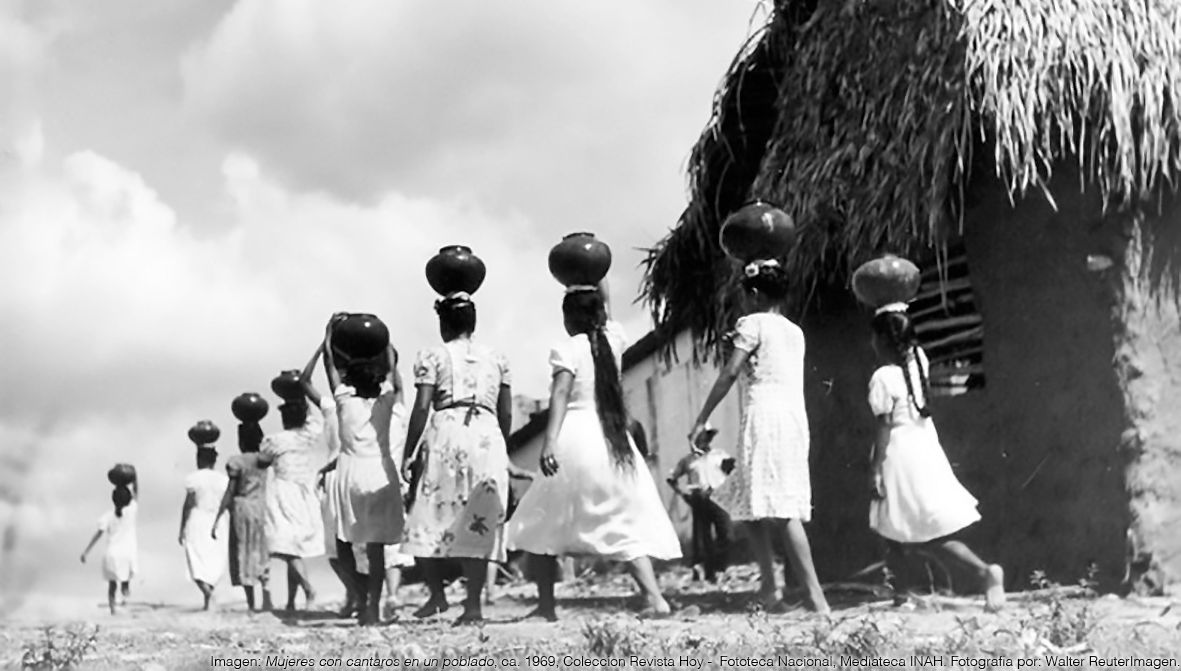 In recent years the work of Héctor Zamora has been characterized by actions that involve the participation of people: situations designed to happen in specific contexts from museums and galleries to public spaces where body and matter generate ephemeral sculptural moments that, most of the time, become installations. His work reveals issues linked to `site´ with all the social, political and historical implications this brings. Performatic strategies coupled with the plasticity of his merely sculptural works achieve an accumulation of energy of diverse intensities that activate formal and conceptual discourses around the idea of art as an event. The action takes place during the inauguration and consists of a set of 800 crude clay pots placed on the floor of the gallery and around it, 7 women dressed in black will take position. Once the performance begins, the women will walk at different rates above the vessels deforming them step by step, squeezing out the air they contain; transforming with their own weight the terracotta landscape that fills the space almost completely.

Movimientos emisores de existencia arises from a fascination of the iconic figure of a woman carrying a vessel on her head to transport water or food, which then unfolds into multiple possibilities of transporting almost anything in an ergonomic perfection that results extremely efficient, elegant and sensual. For several years Zamora has been collecting endless images of people from different periods and regions of the world carrying something in their heads, as a way of insisting in the image and an inquiry about the burden and strength that this represents. Being a task historically assigned to women in different cultures, the female figure becomes the focus of this action in which Zamora disrupts the order of things to place the vessel not on the head, but at the feet of these women. By inverting the equation what happens next is the creation of a 'common space' that points to the notion of collectivity as a possibility, but not as something given. 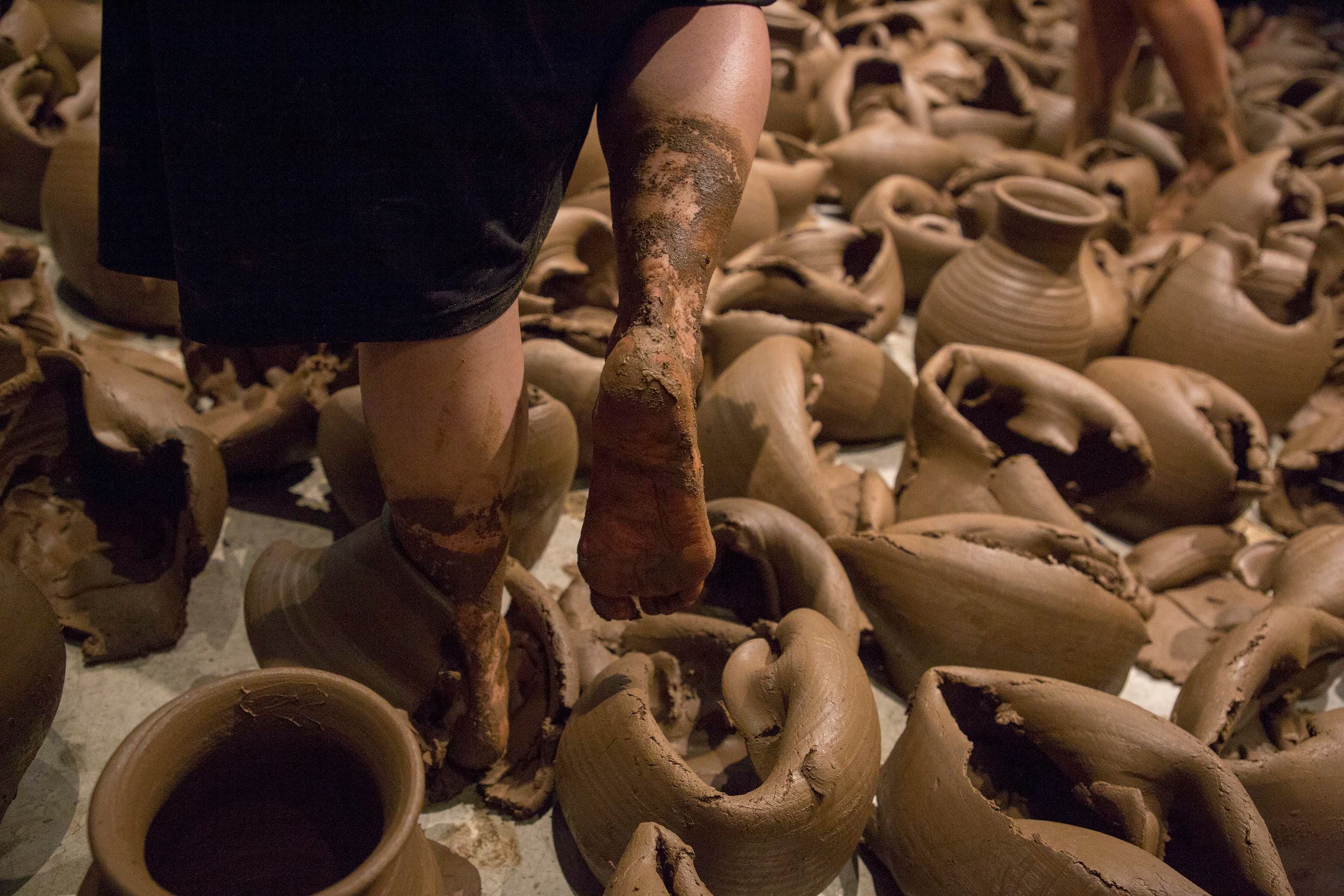 This type of clay vessels is used in several cultures, not only the western one with the hydraie from Ancient Greece -which is probably one of the most emblematic in art history -, but its form finds echoes in a multiplicity of places, including Mexico. In several regions of the country these vessels can be found in different shades and types of clay, and the tradition of carrying them on the head is the same. It is a highly cultured object, very present in the imaginary in such a way that its malleability within this situation or rather its disposition to be transformed operates on a symbolic level. The rigidity of the terracotta becomes flexible through the footsteps of these women who leave new shapes in their path, who exercise their weight and the freedom to decide how hard they step on them and even participate in a kind of playful catharsis as a whole.

From the perspective of its utilitarian function, vessels serve to carry something. Carried by women on the head, with care so that they do not fall, are like wombs destined to a functional reproductive sexuality. The act of stepping on these vessels is the expression of the power of will that is present through an organic movement that transforms them into vulvas, symbolizing a takeover, a vindication of pleasure and free sexuality. The recent manifestations of La Marea Verde as something that f-rom generation to generation- shape the present without patriarchy resonates in this interpretation. However, this is not the only interpretation. This work is affirmed from the question, not from the answers. Who are these women?

A fundamental characteristic of Zamora´s actions are the element of “loss of control” by allowing the work to develop organically, as an open system. Even when the artist gives precise instructions, there is a part of these actions that do not depend entirely on him but on the desires and involvement of each person who contributes his energy by participating in it and constructing it. In this way, the pieces from Zamora open spaces for multiple interpretations while launching very clearly a provocation that touches urgent and often thorny issues. Theirs is a vision of the social function of art that combines playfulness with critical thinking. In this sense, the political nature of the Movement that emits existence lies not in its content but in its ability to be 'political', that is, to intervene in the logic of the everyday, of conventions, of tradition, of patriarchy, of what we assume as immutable: to intervene in the distribution of roles in a community and of the forms of exclusion that operate within it, Jacques Rancière would say. 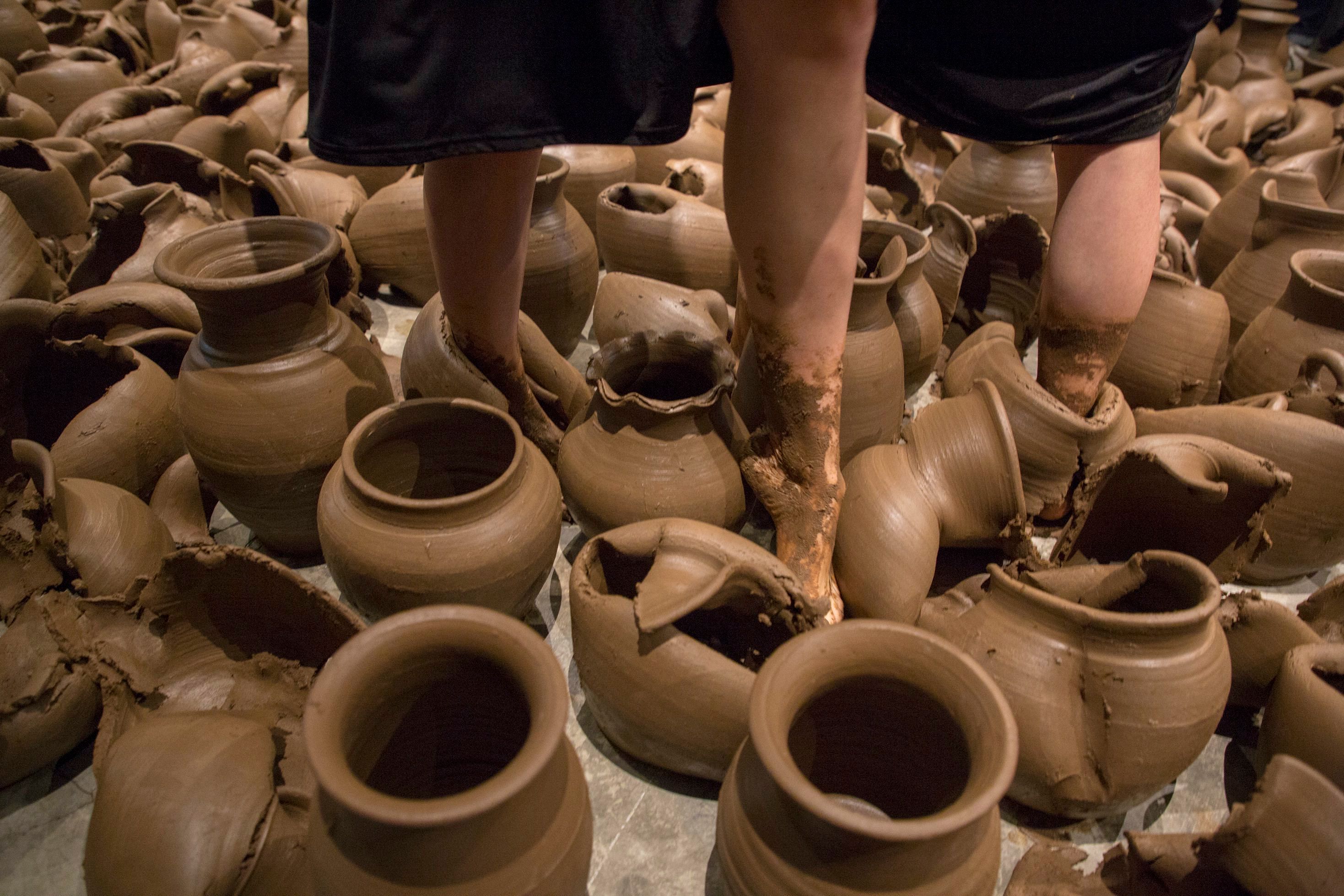 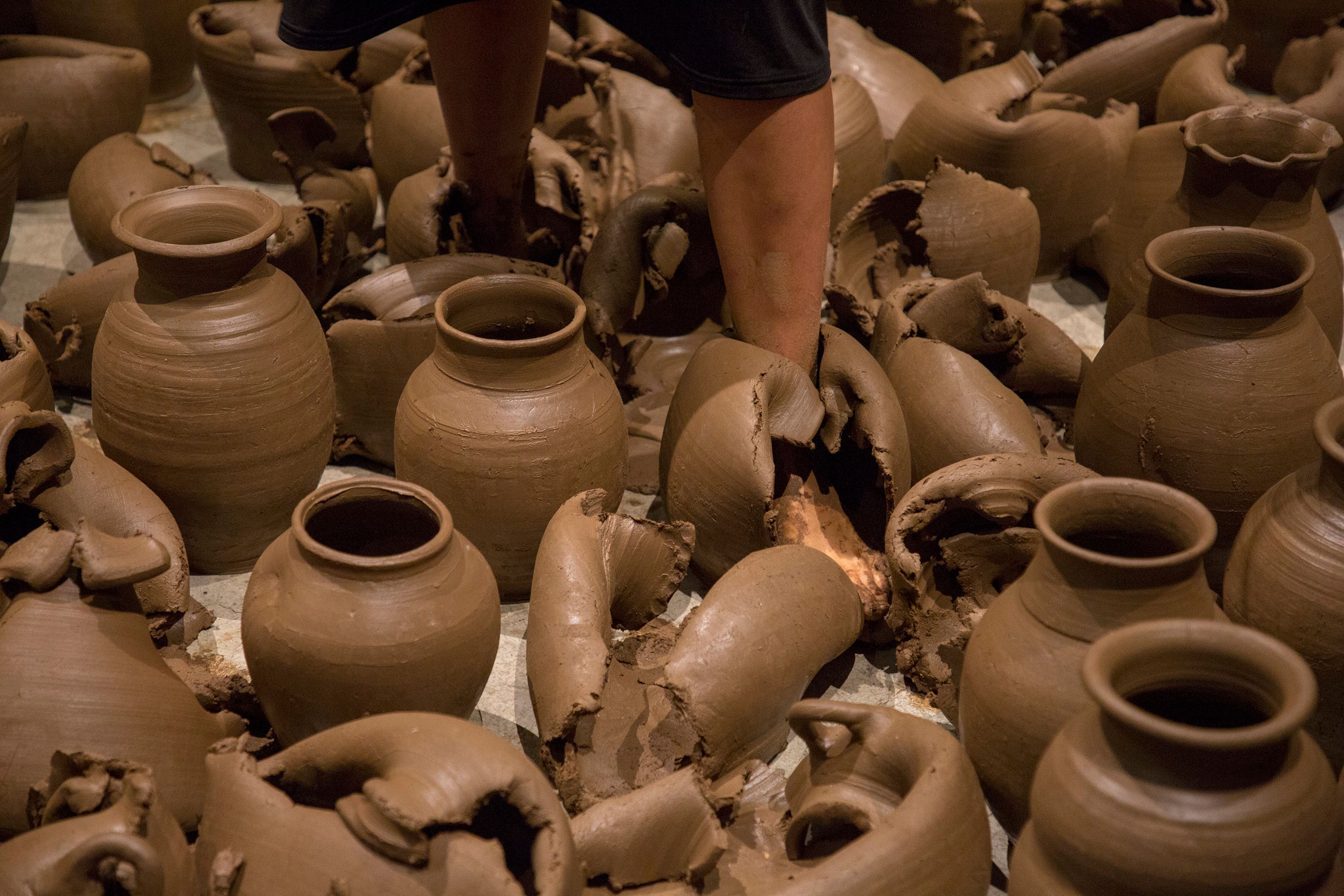 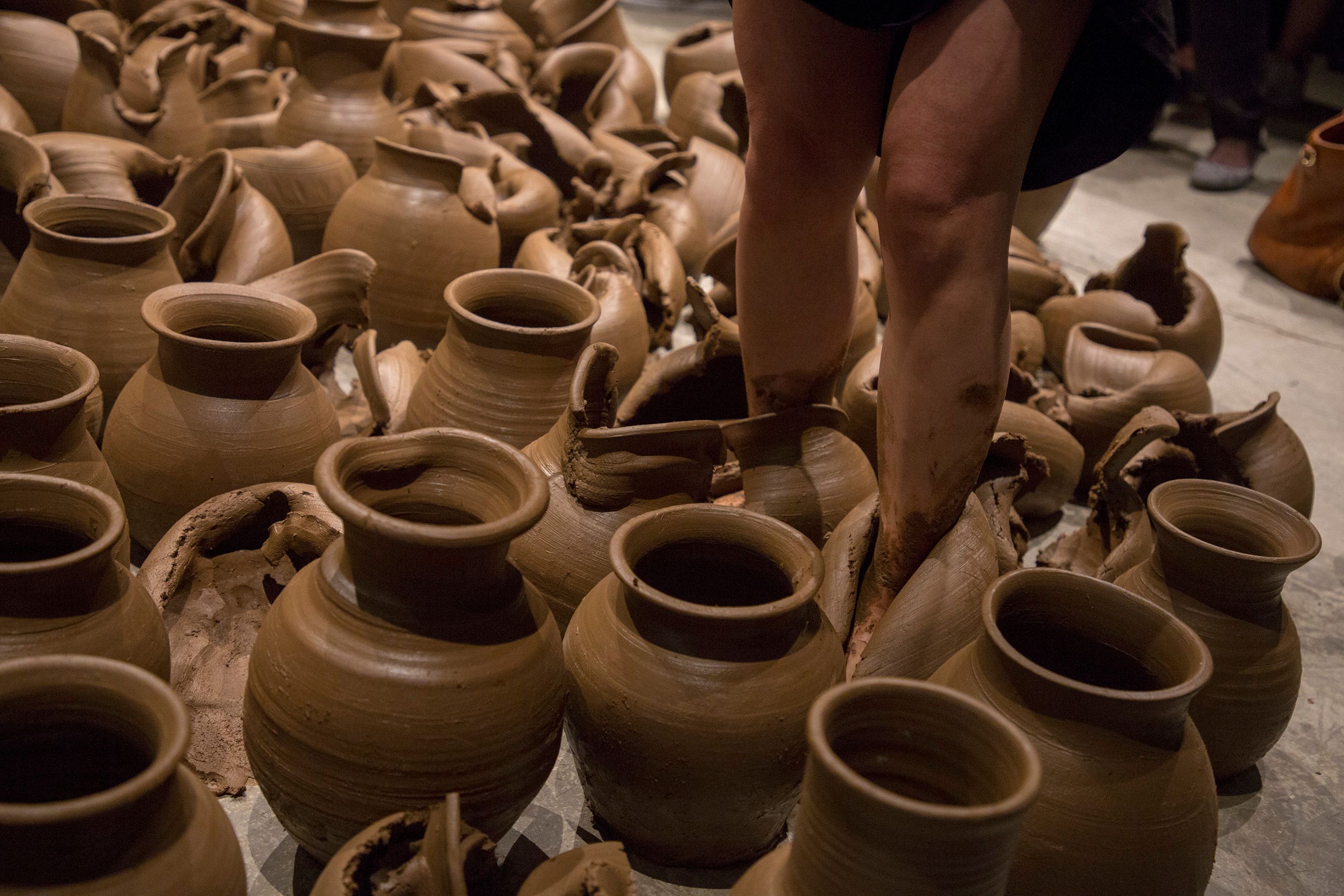 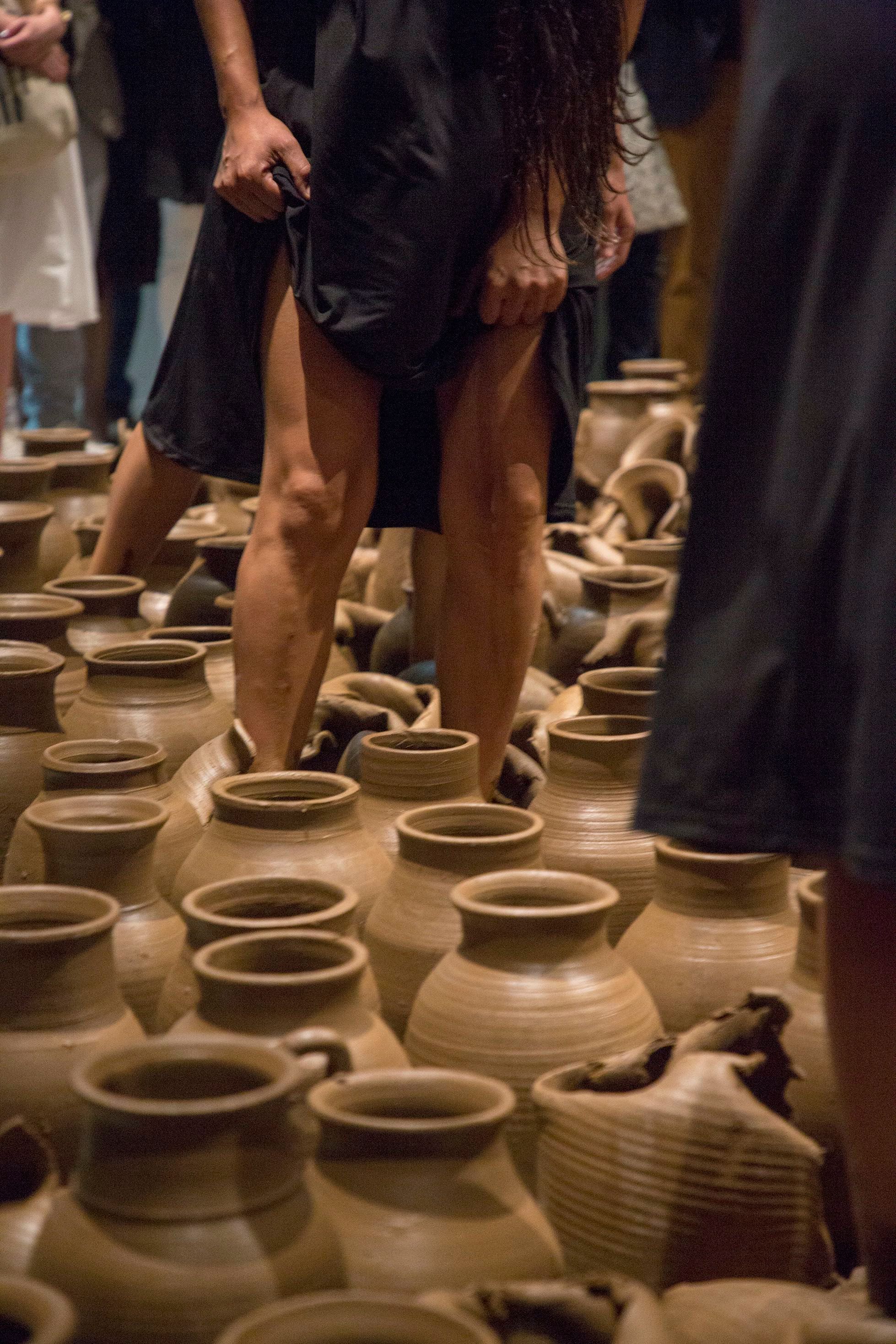 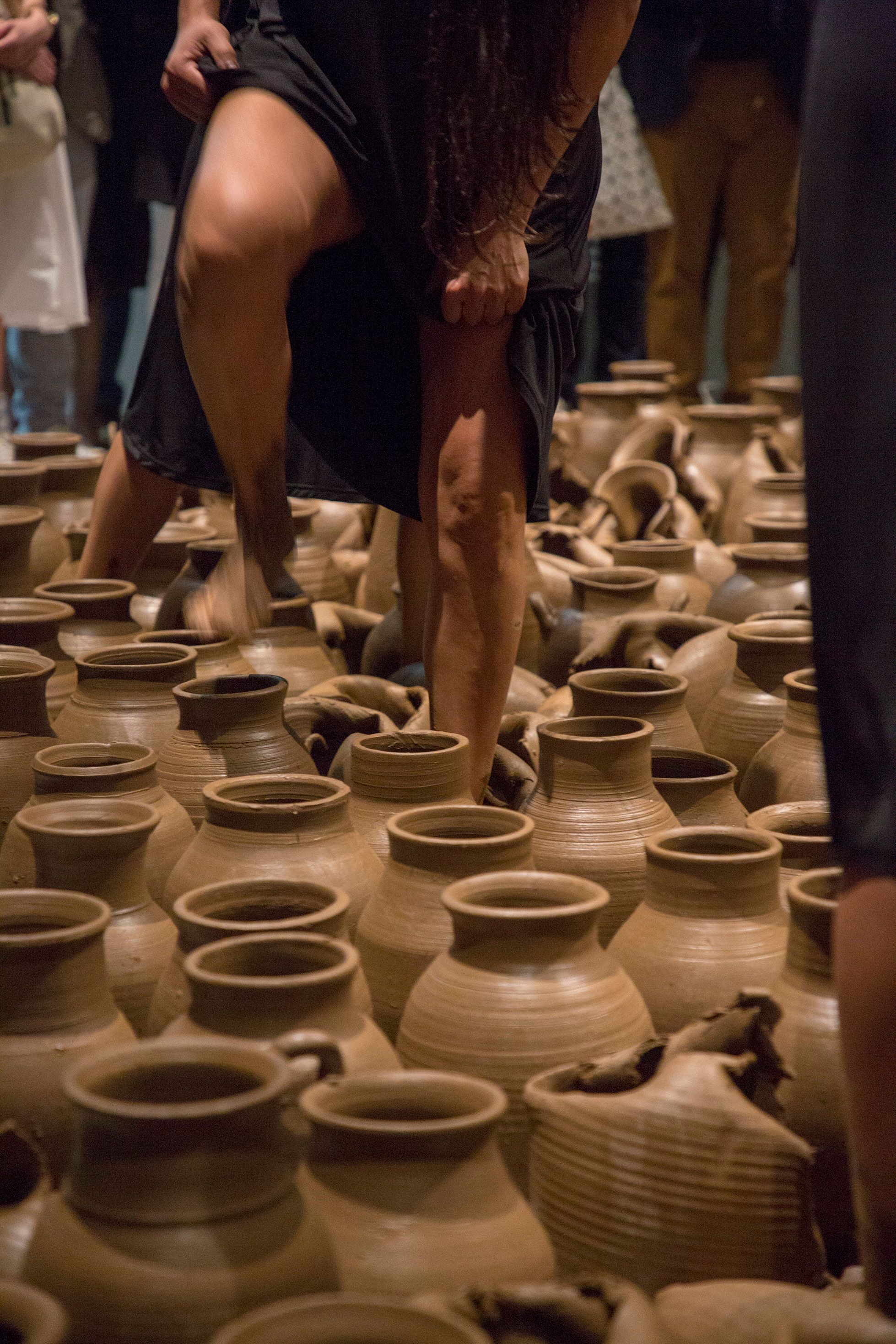 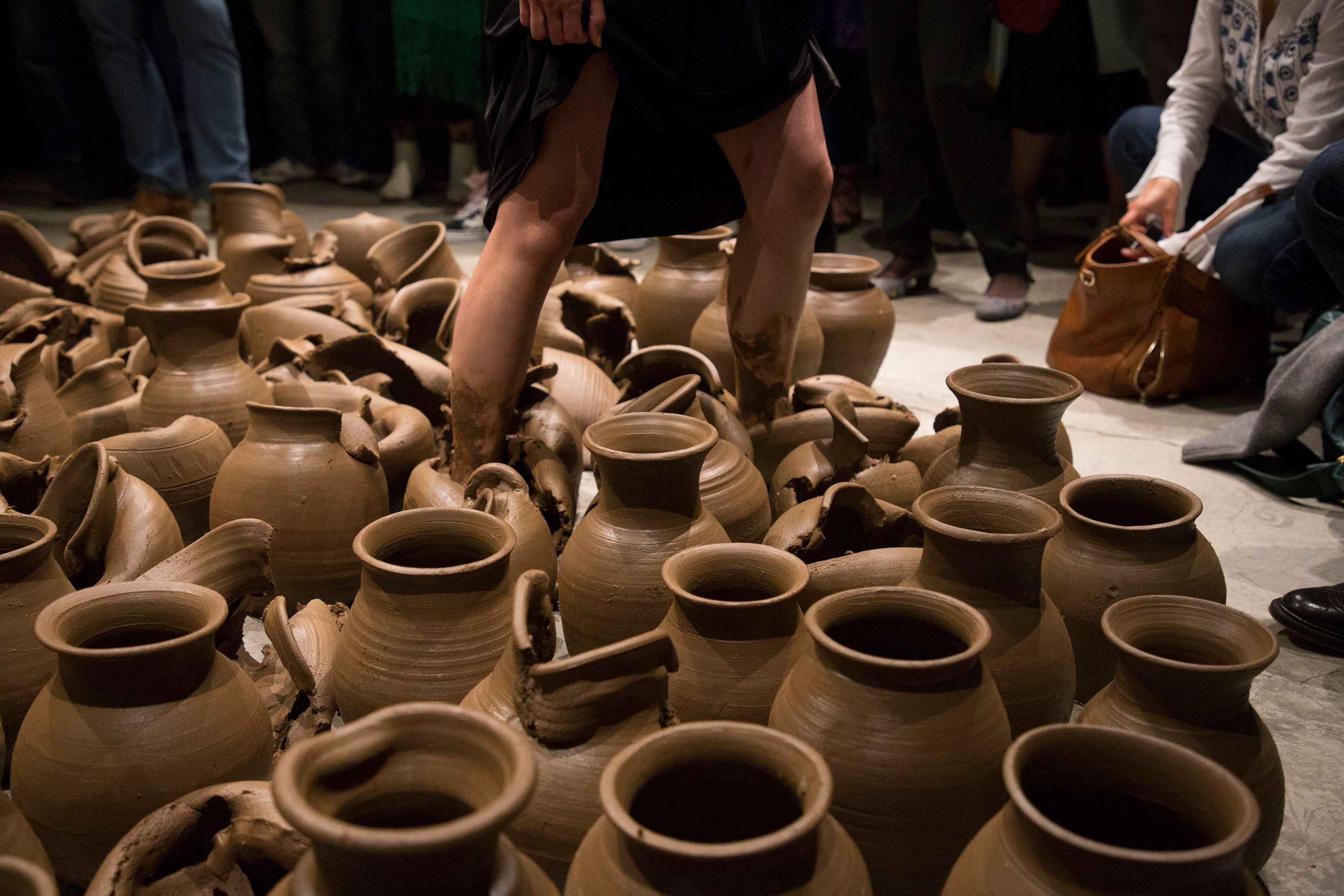 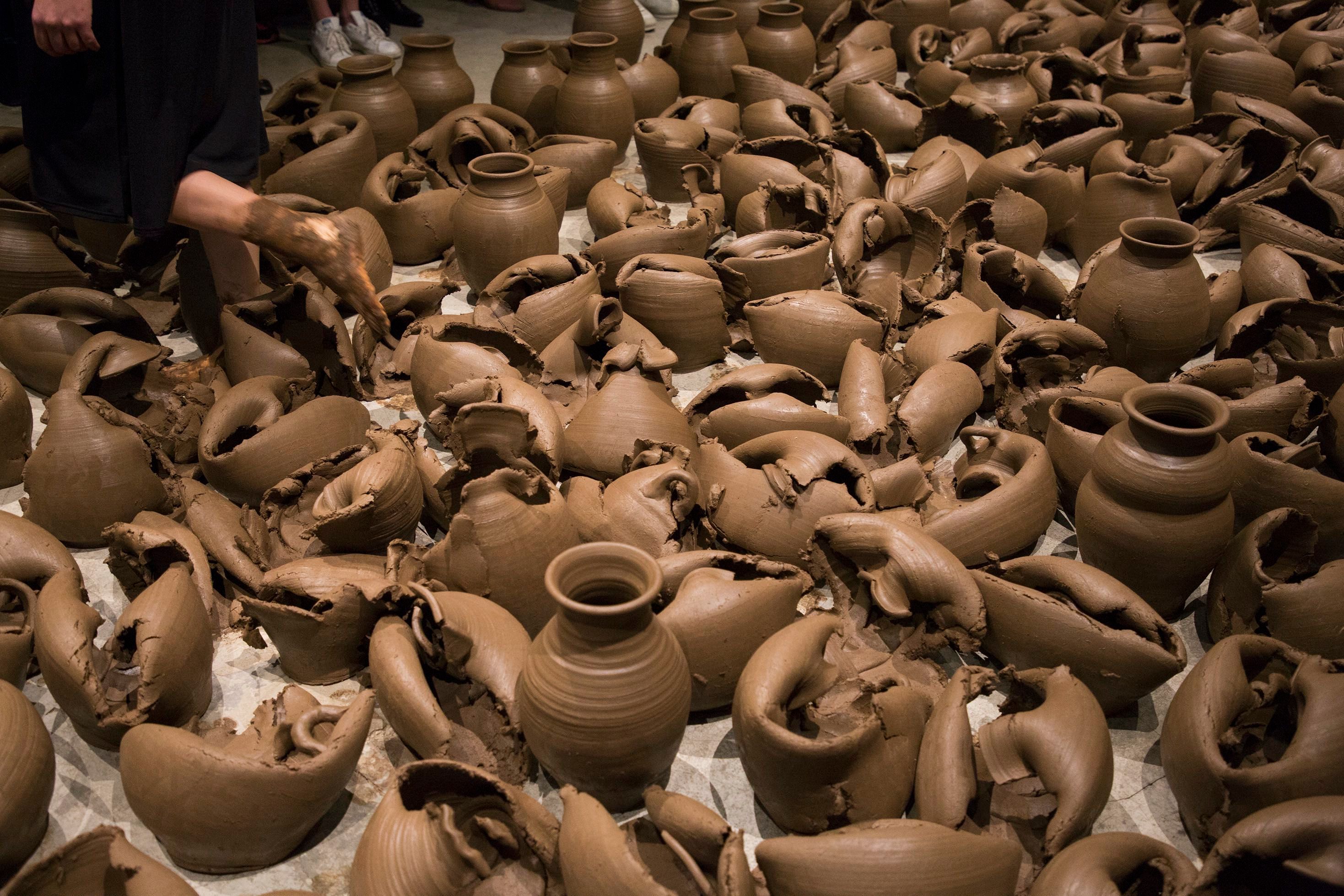 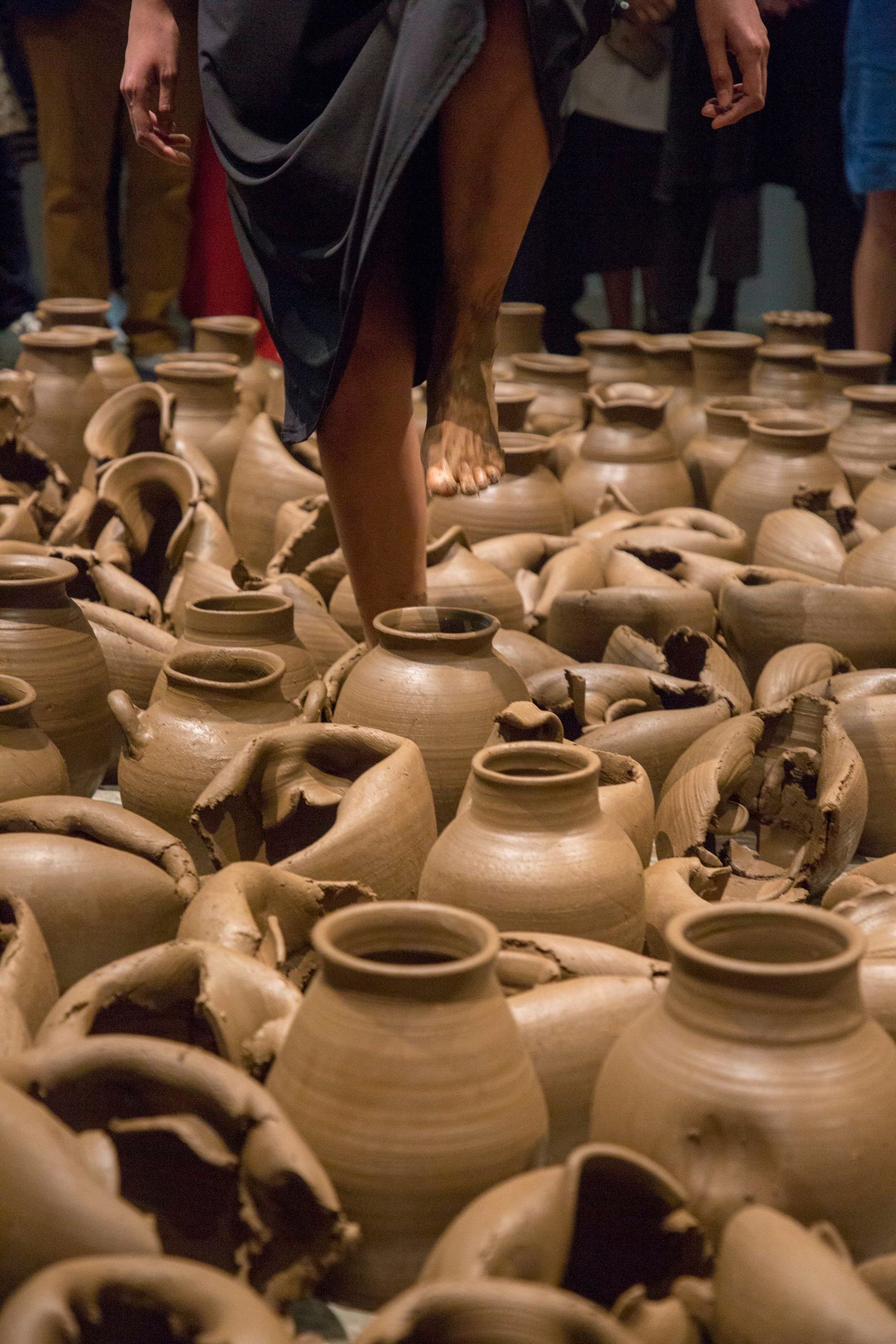 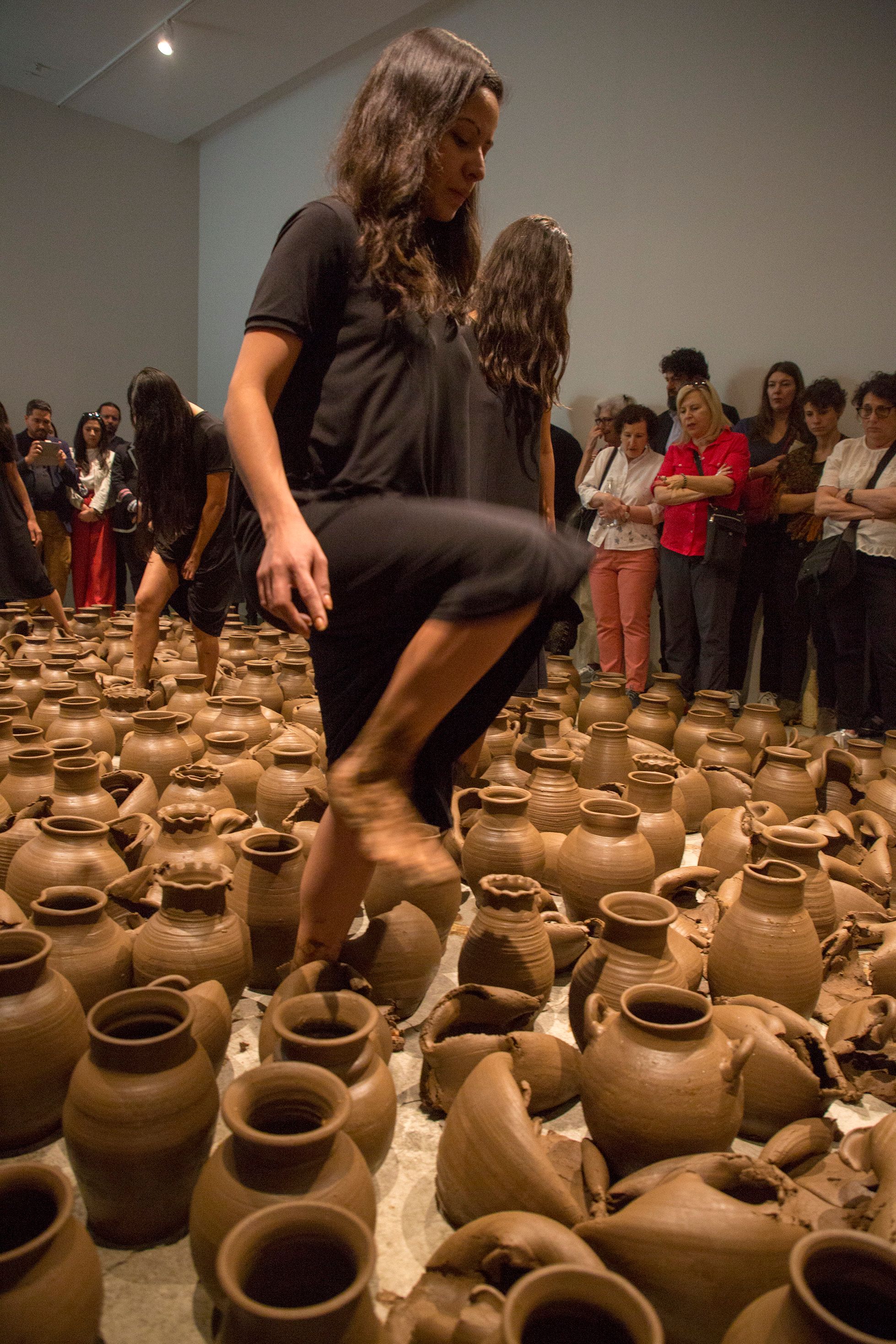 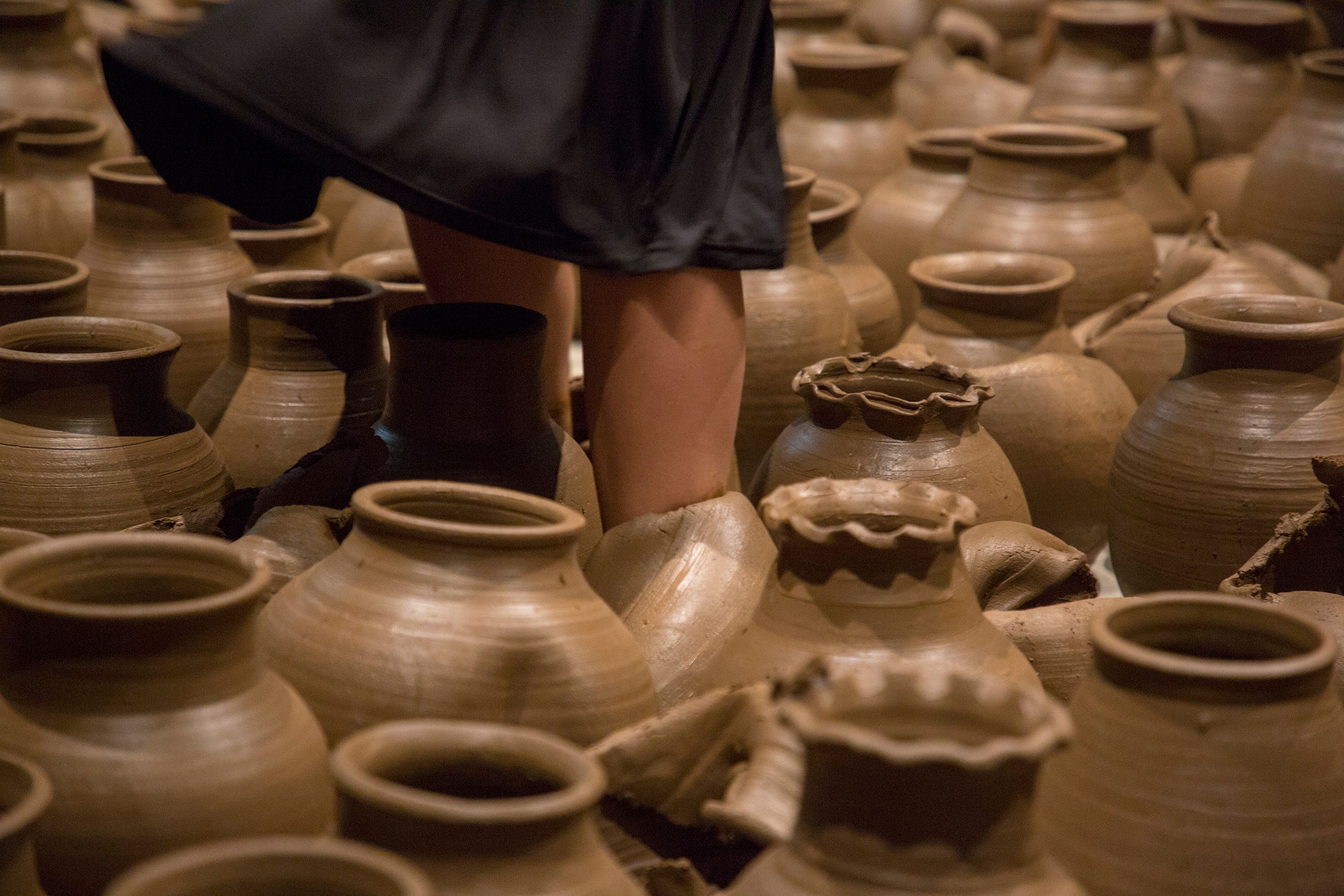 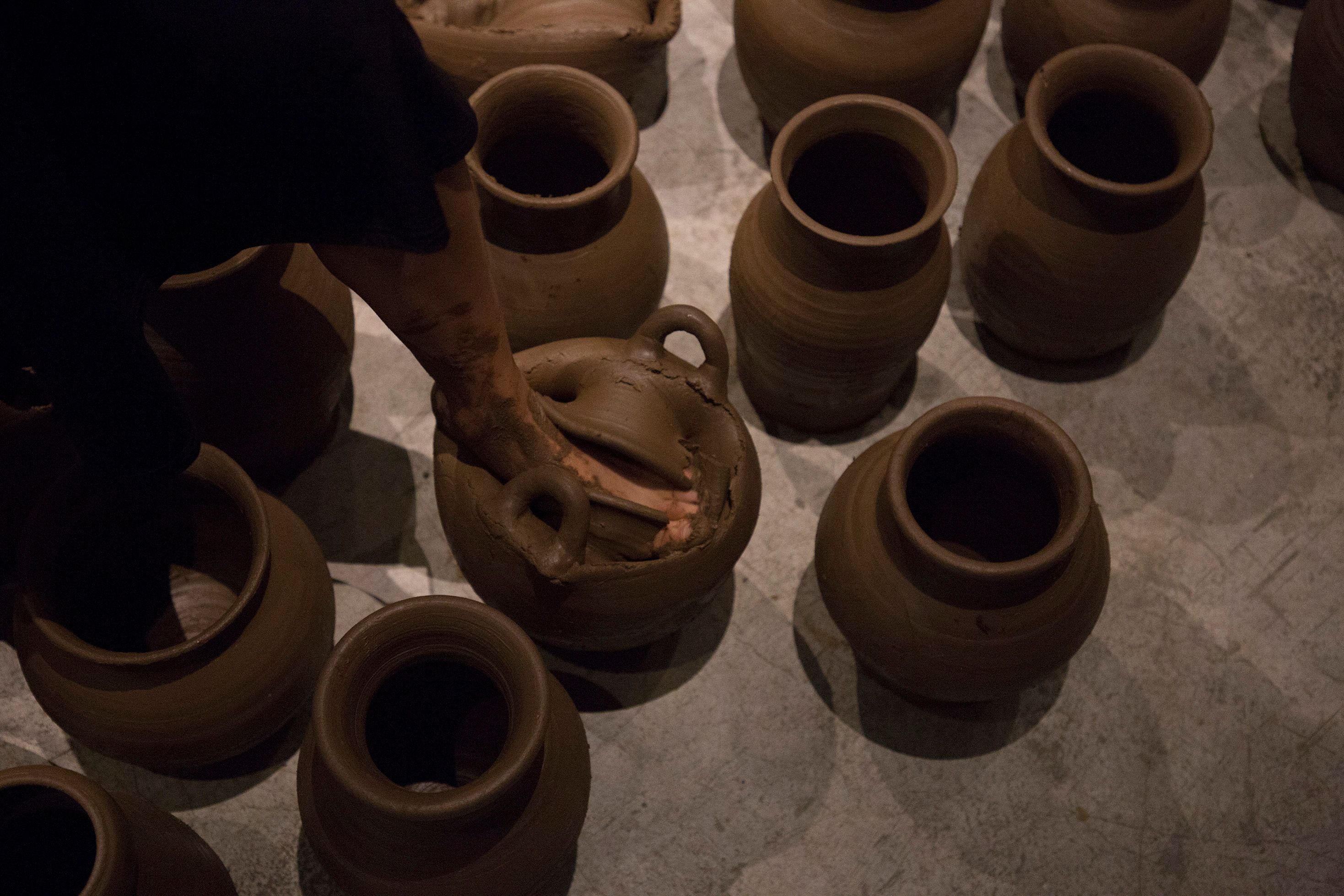 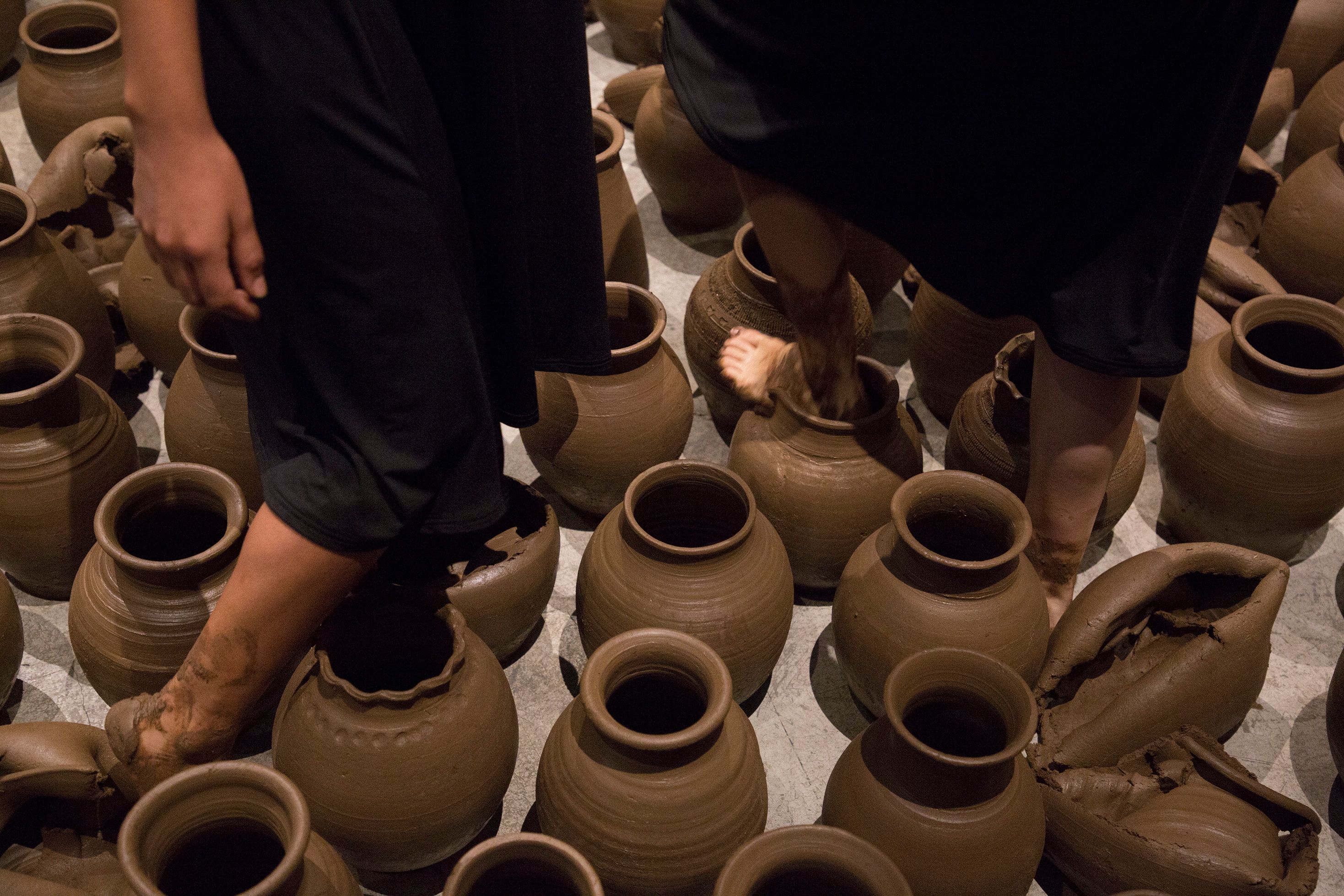 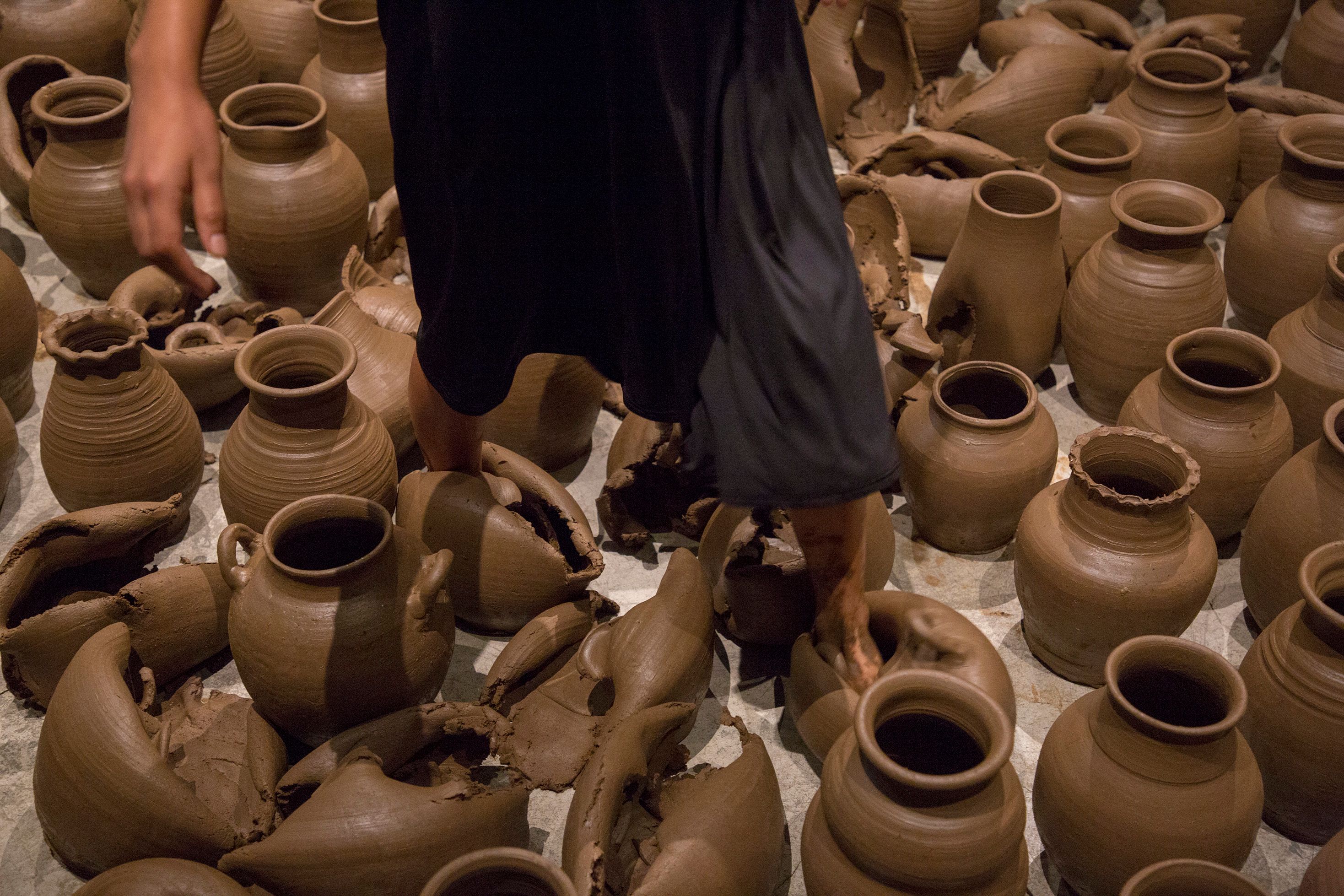 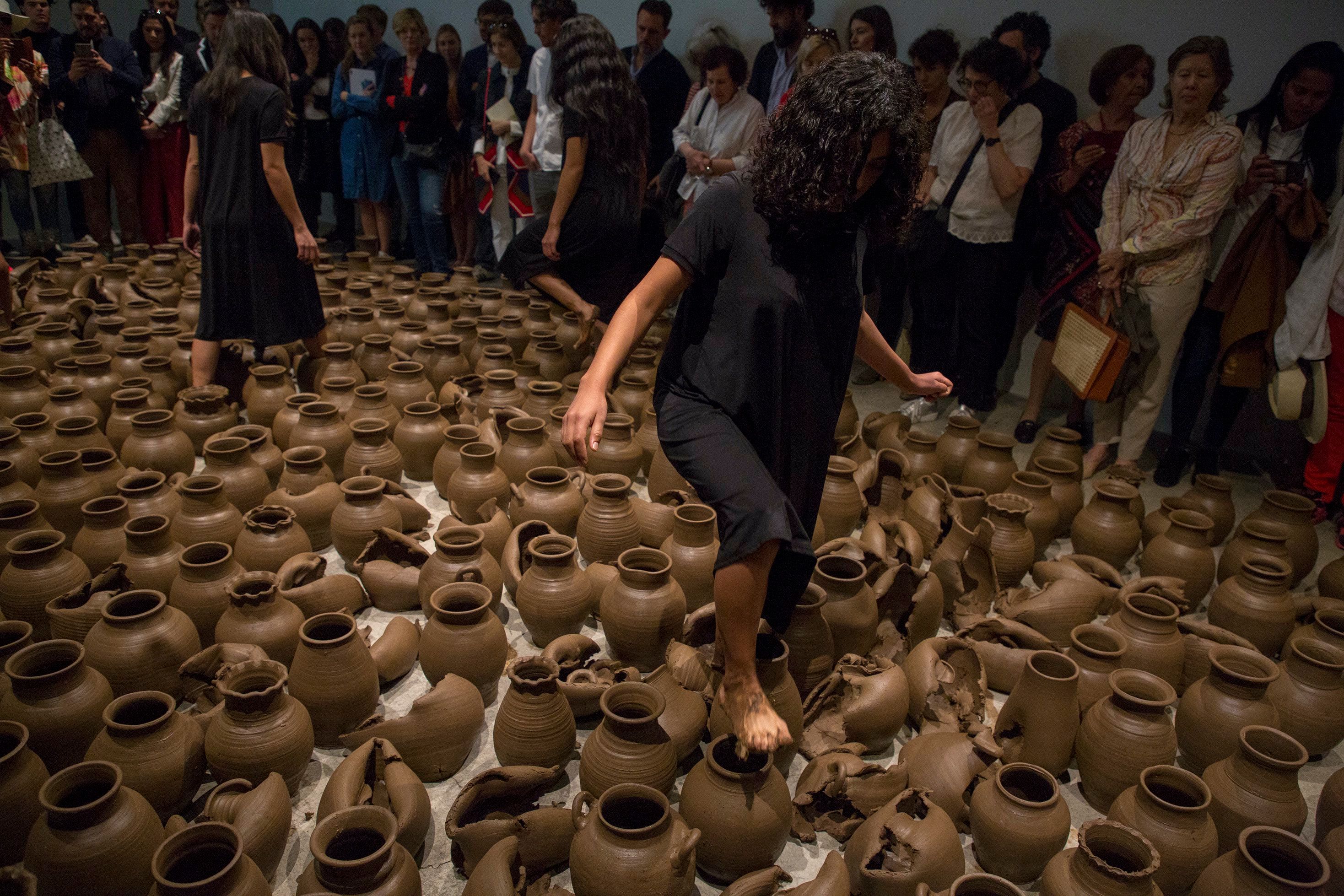 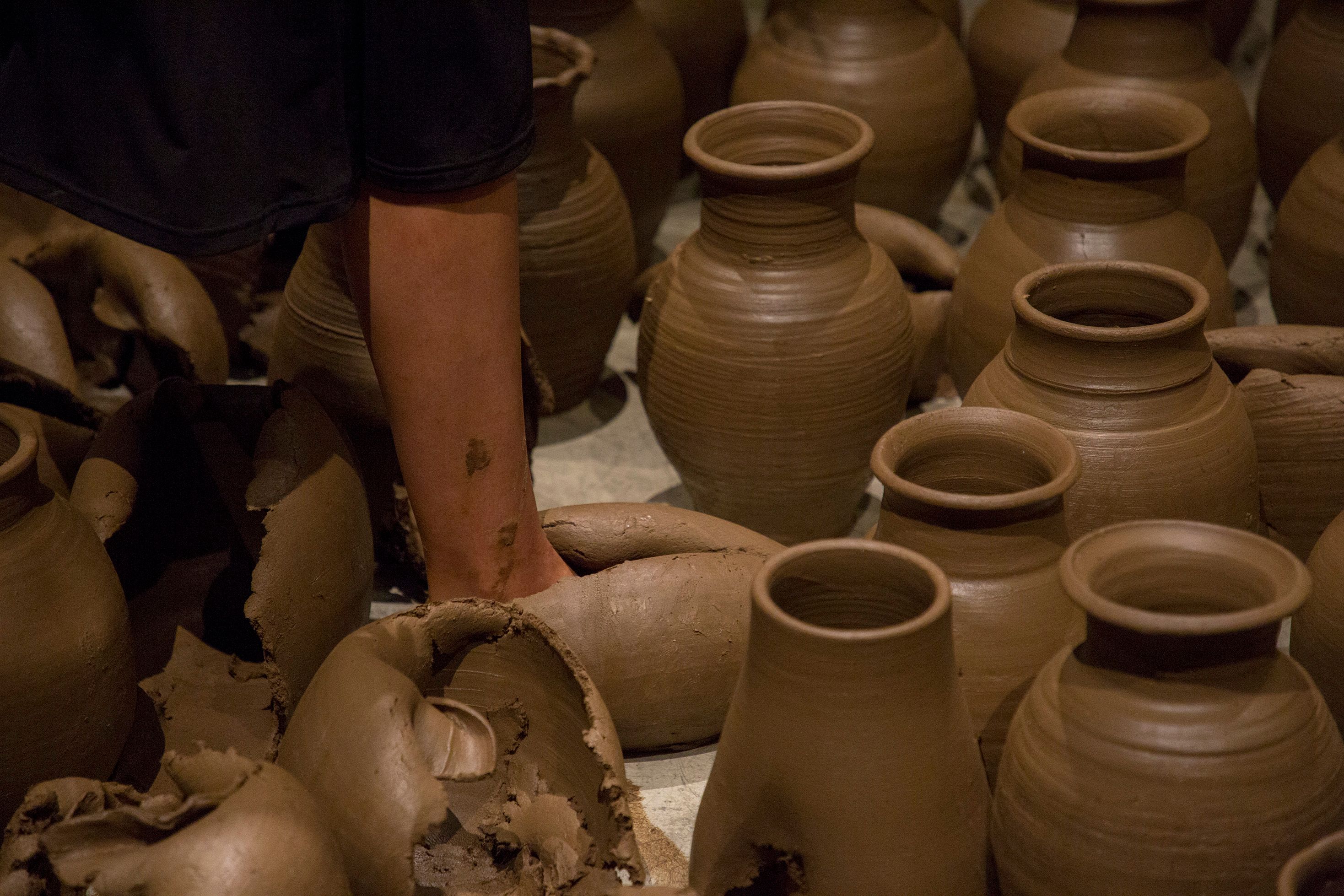 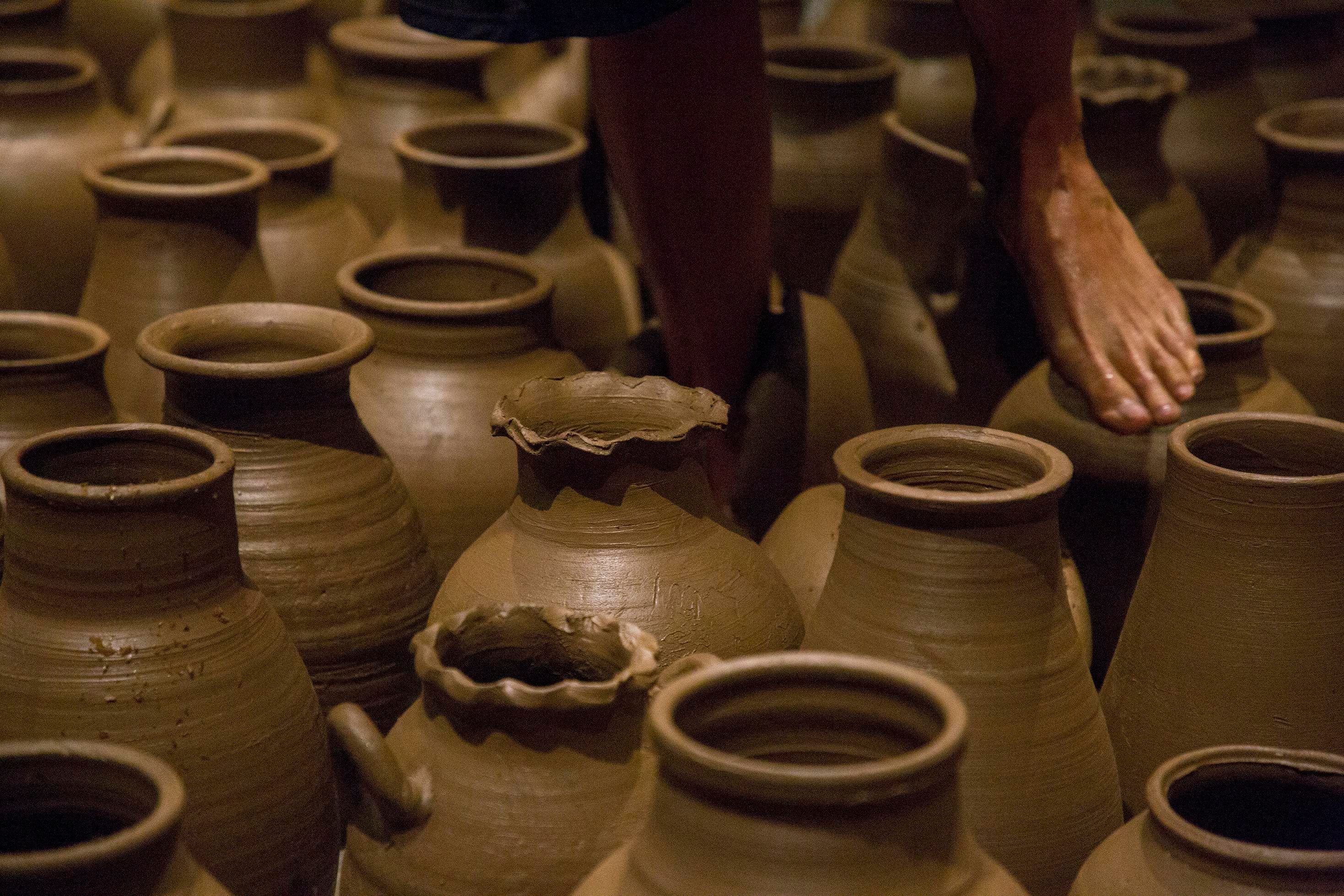 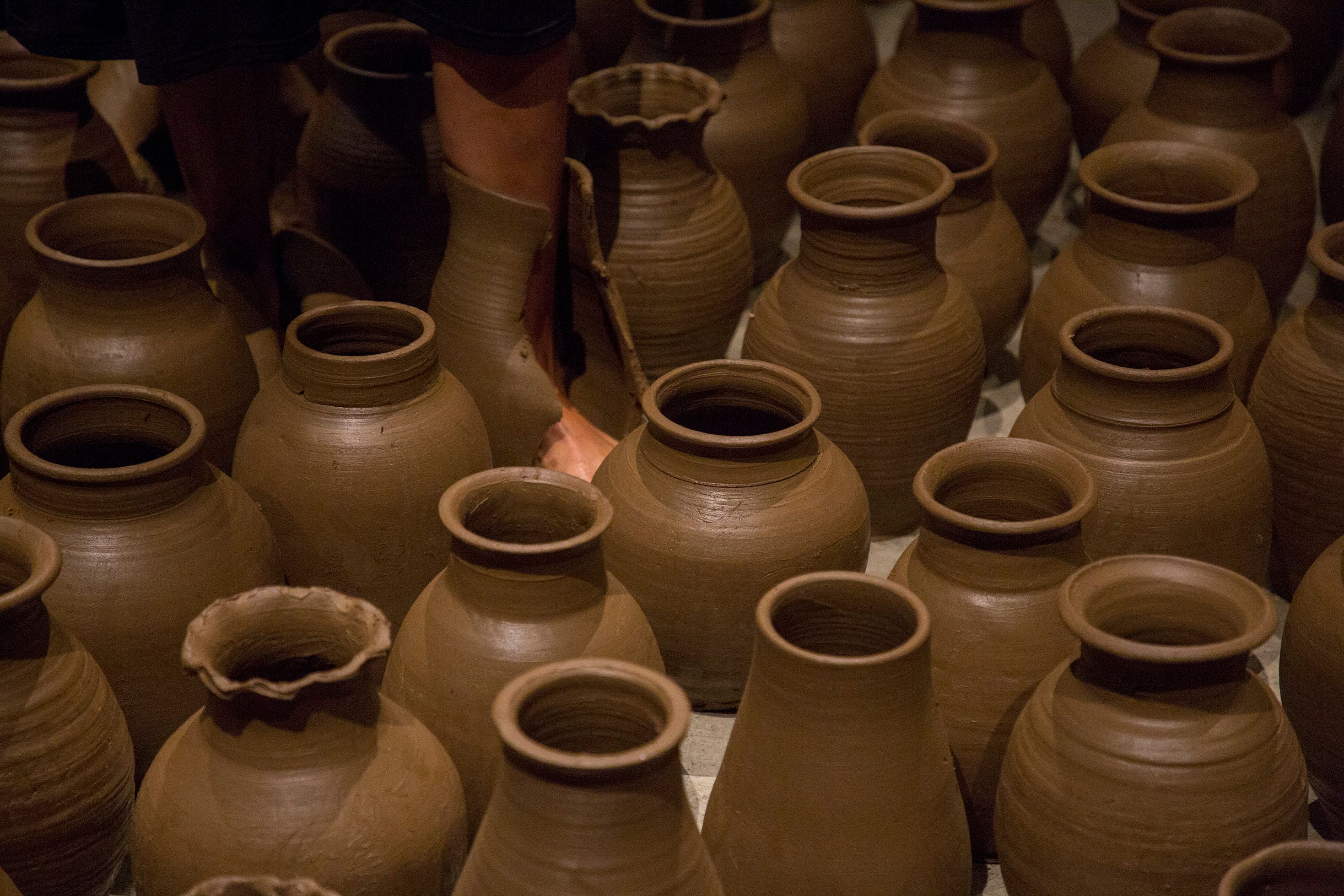 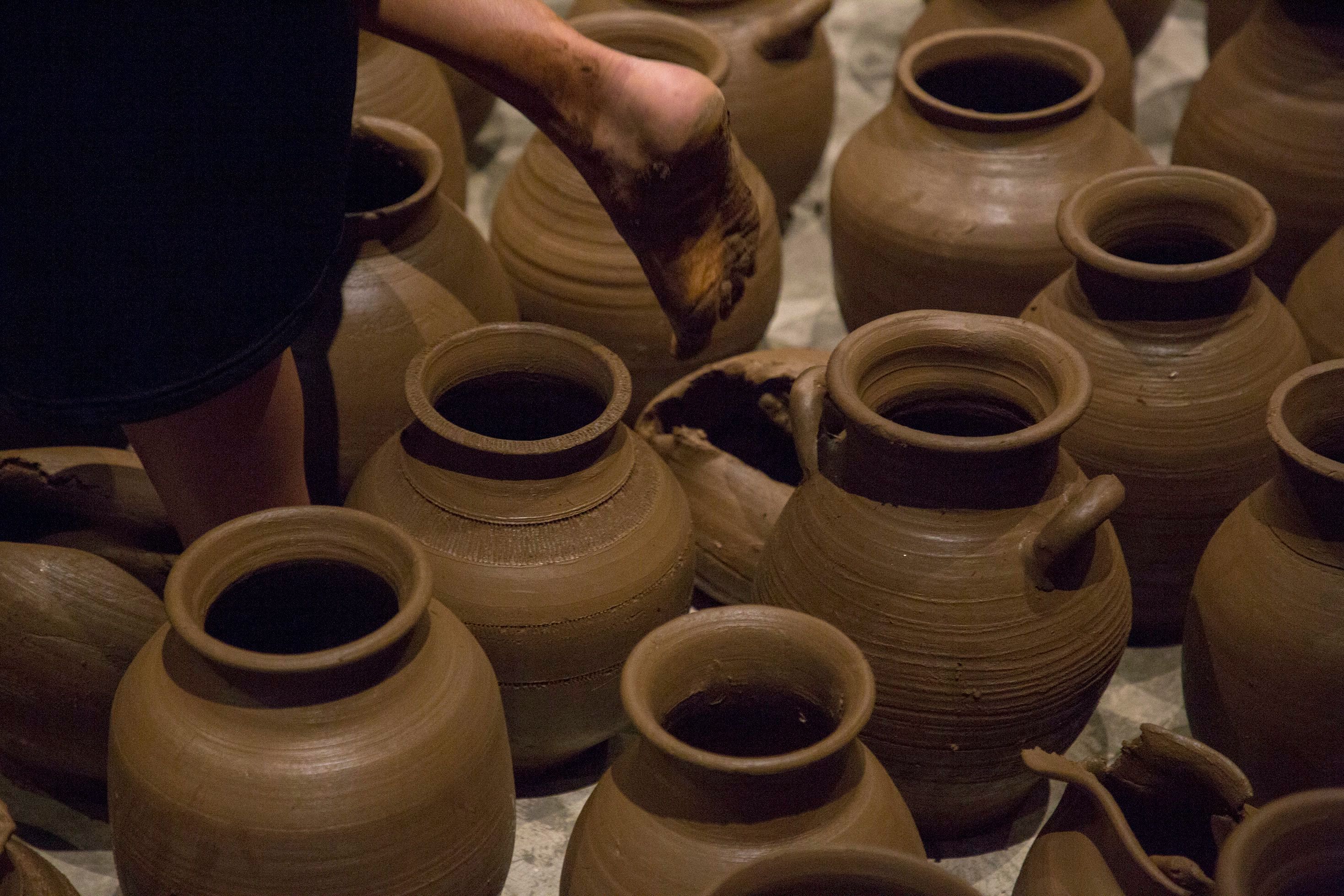 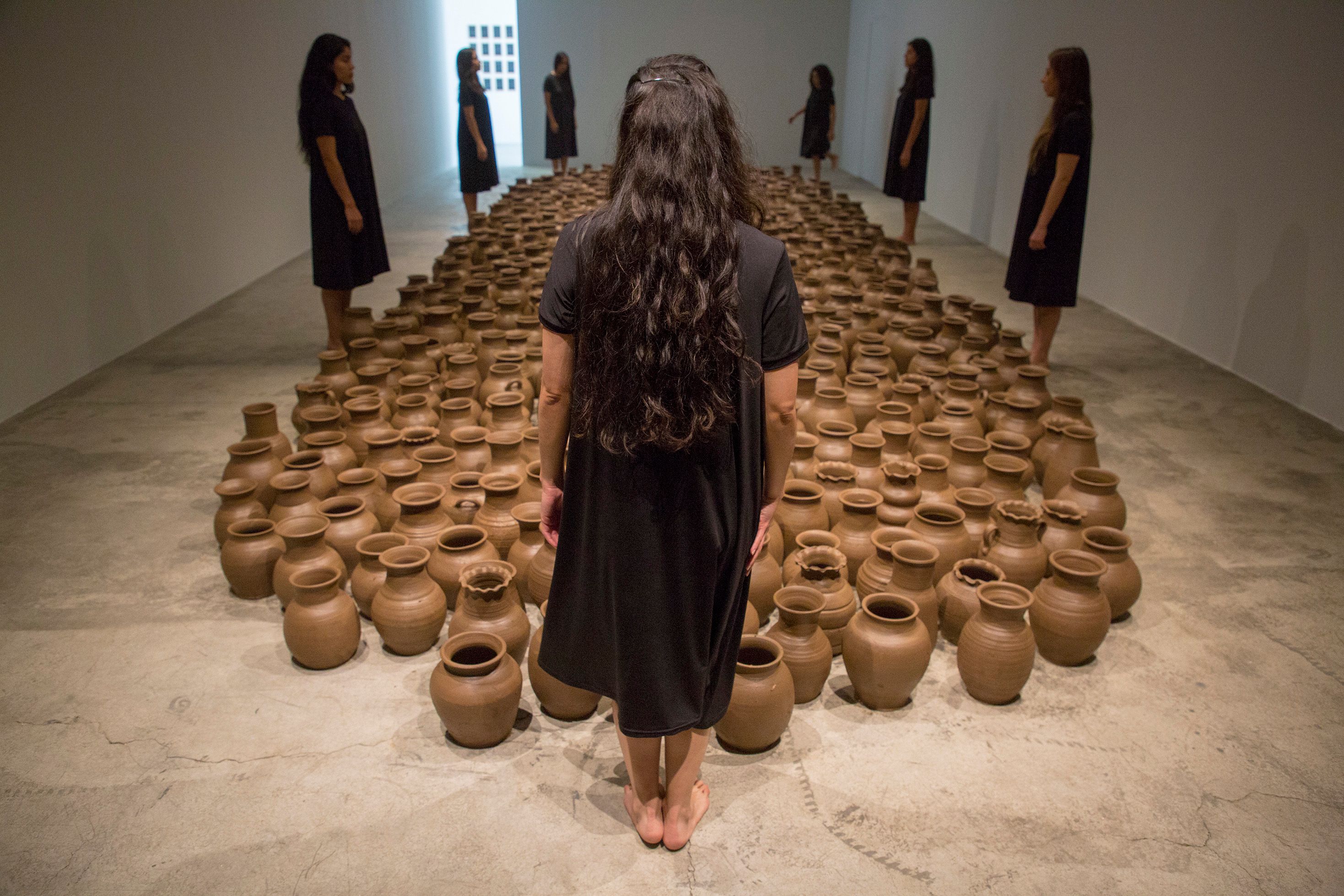 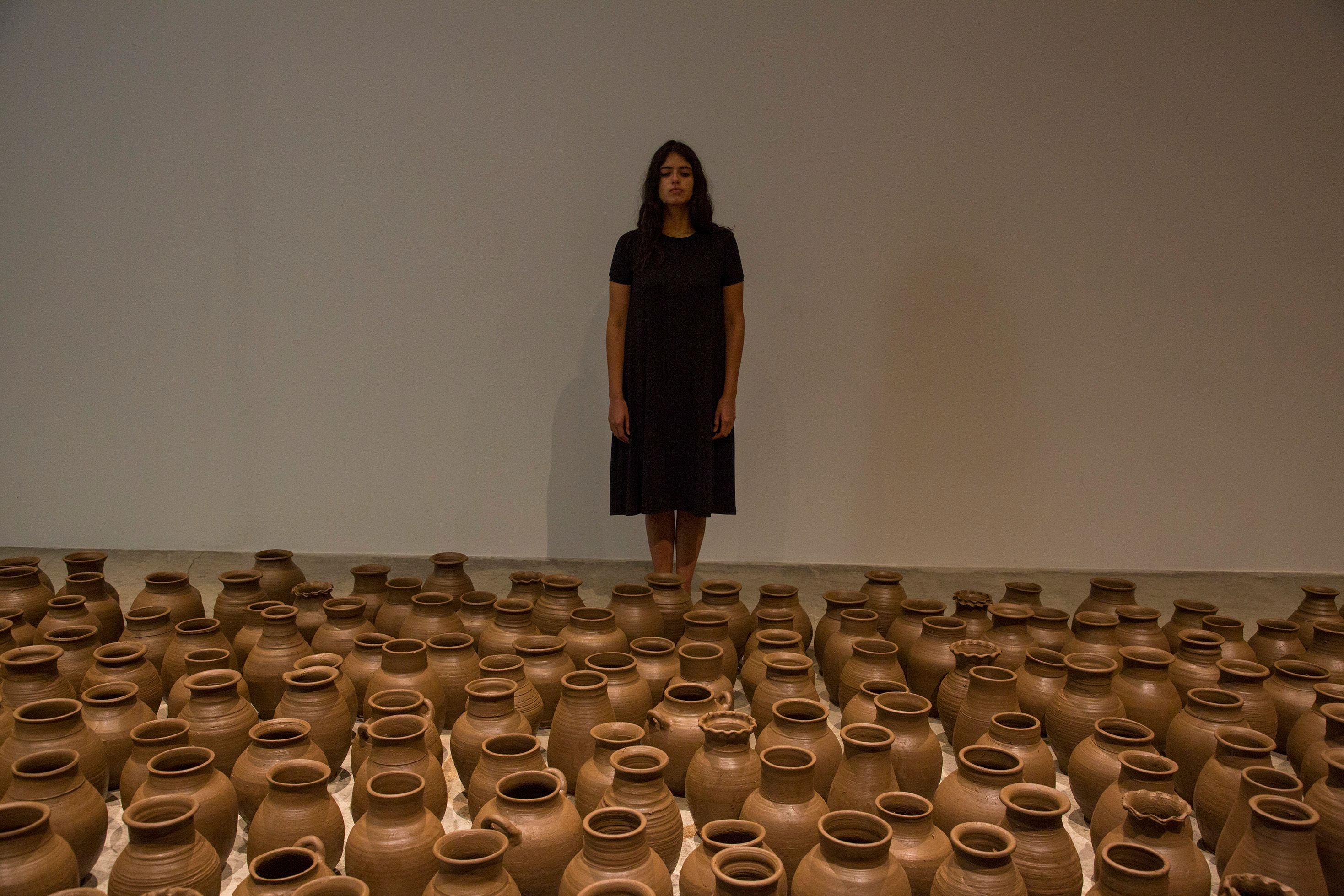 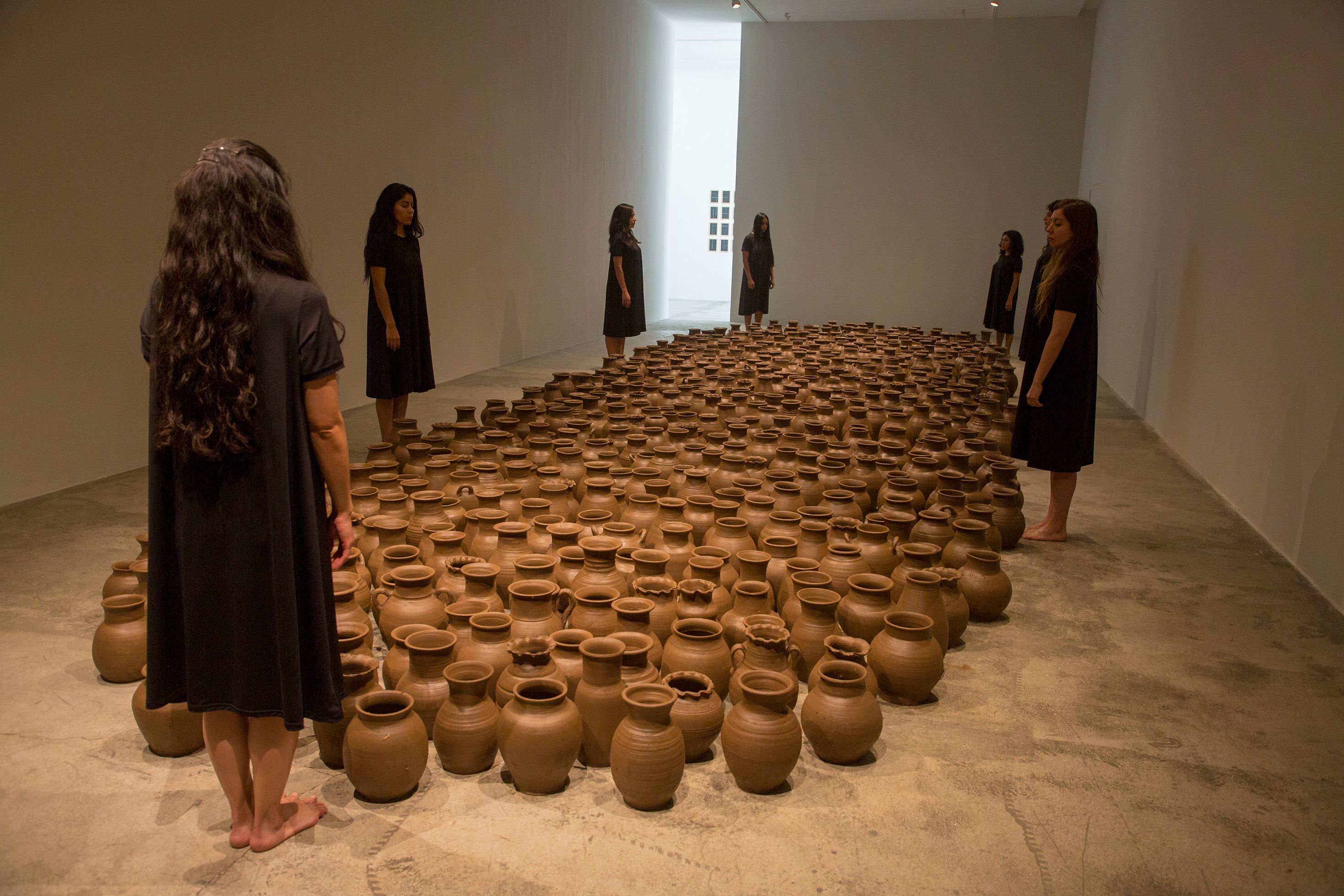