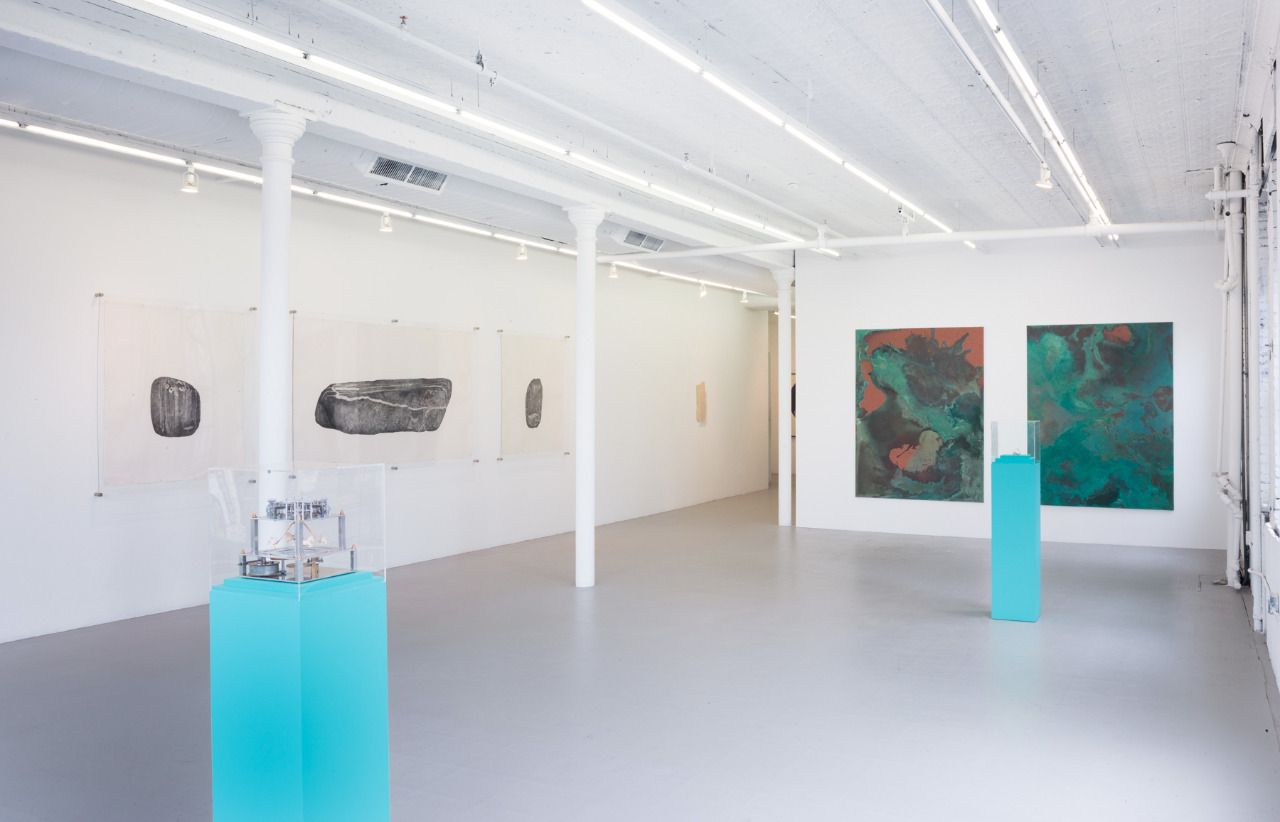 The title for this show comes from a short story by Jorge Luis Borges. The Argentine writer describes a sorcerer who has installed himself in the burnt-out ruins of the temple to an ancient fire god, where he attempts to dream a human life into being. Borges's story is a reflection on the conditions of consciousness and creativity, as well as on time and the changeful nature of the universe. Each of the artists shown here likewise engages these themes in complex, evocative ways.

Nicholas Mangan's A World Undone (2012), for example, combines the millisecond-long intervals into which video technology chops time with geological time scales of billions of years. In so doing, he helps to unseat, even if only fleetingly, the way we tend perceive time, both as a result of the capitalist world-system into which we were all born and, more profoundly, as a result of our biological makeup. In different ways, both Antonio Vega Macotela's Studies of Exhaustion: Study No. 3, The Flesh (2013) and Étienne Chambaud's Nameless (2014) reprise these themes. Vega Macotela mobilizes the resources of artistic production to return us to a crucial historical moment in the stitching-together of the world-system: namely, when heralds of early modern capitalism in Europe first encountered the untold wealth of the New World, and devised an apparatus that would enable that wealth to flow to Europe. With such mills of blood, the labor time of capital was introduced to the indigenous populations of the Americas. Meanwhile, Chambaud pursues the links between different biological beings, territoriality and meaning by staging chemical reactions on canvas. Using animal lures and oxidizable metals, he produces a set of visual traces that human spectators will be able to perceive.

Pablo Vargas Lugo and Gala Porras-Kim confront us with experiences of indecipherability on an intercultural scale. In Vargas Lugo's MS1131 (H) (Anamorphosis) (2014), Mayan calligraphy is transported through time and across media, thereby interposing additional layers of sense to be interpreted. The drawings in Porras-Kim's For Prospective Rock/Artifact Projection (2014) also engage with a pre-Hispanic writing system, but her attention is focused on the fuzzy line that separates geological processes of physical transformation from human ones. 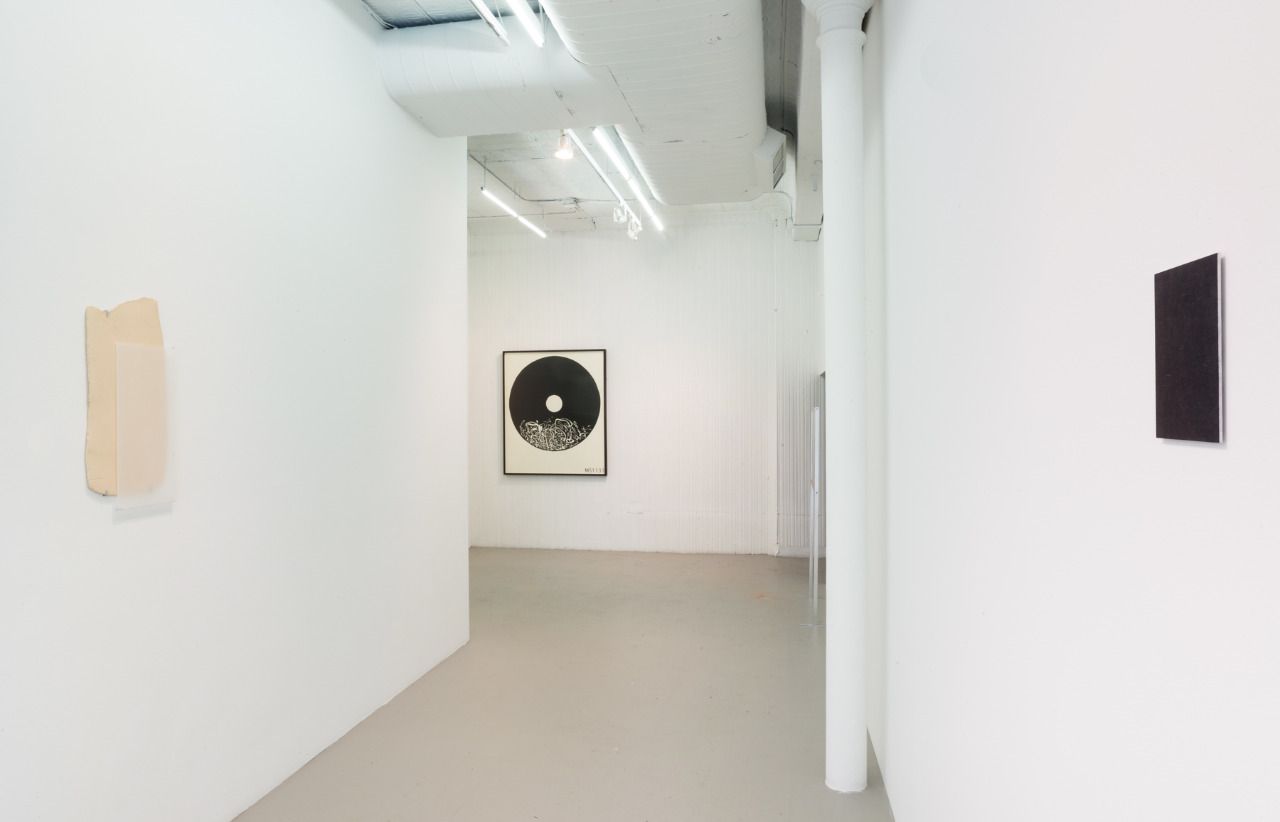 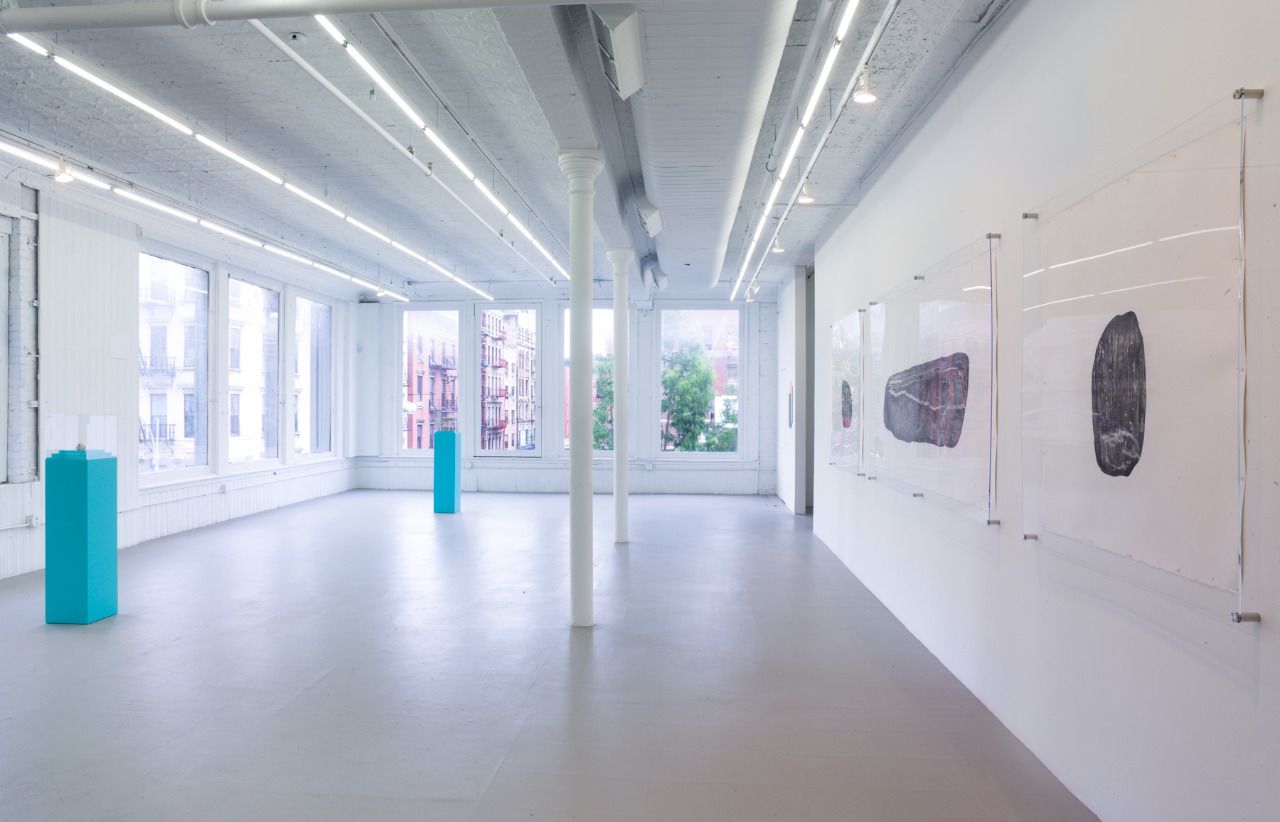 The final three pieces of the show take a more conceptual turn by reconfiguring our notions of space and time themselves. Distance, in Katinka Bock's Pacific — Atlantic (2016), is not a matter of comparing static geographical locations or of the actual extension between two points in space, but an intensive series realized through color and symmetry. Chambaud's SET (2017) takes the French poet Stéphane Mallarmé's famous affirmation that "a throw of the dice will never abolish chance" and pushes it even further by crystallizing such "throws" in static sculptural forms. Jerónimo Elespe's oil paintings on aluminum (2017) close the show by connecting the themes of chance, the layering of meaning, geological sedimentation, and disparate timescales. Built up, layer by layer, through a nonlinear process of accumulation, these paintings remind us of the inescapable fullness of time —not only on the Earth's timescale of billions of years, but on the more prosaic scale of days, weeks and months. 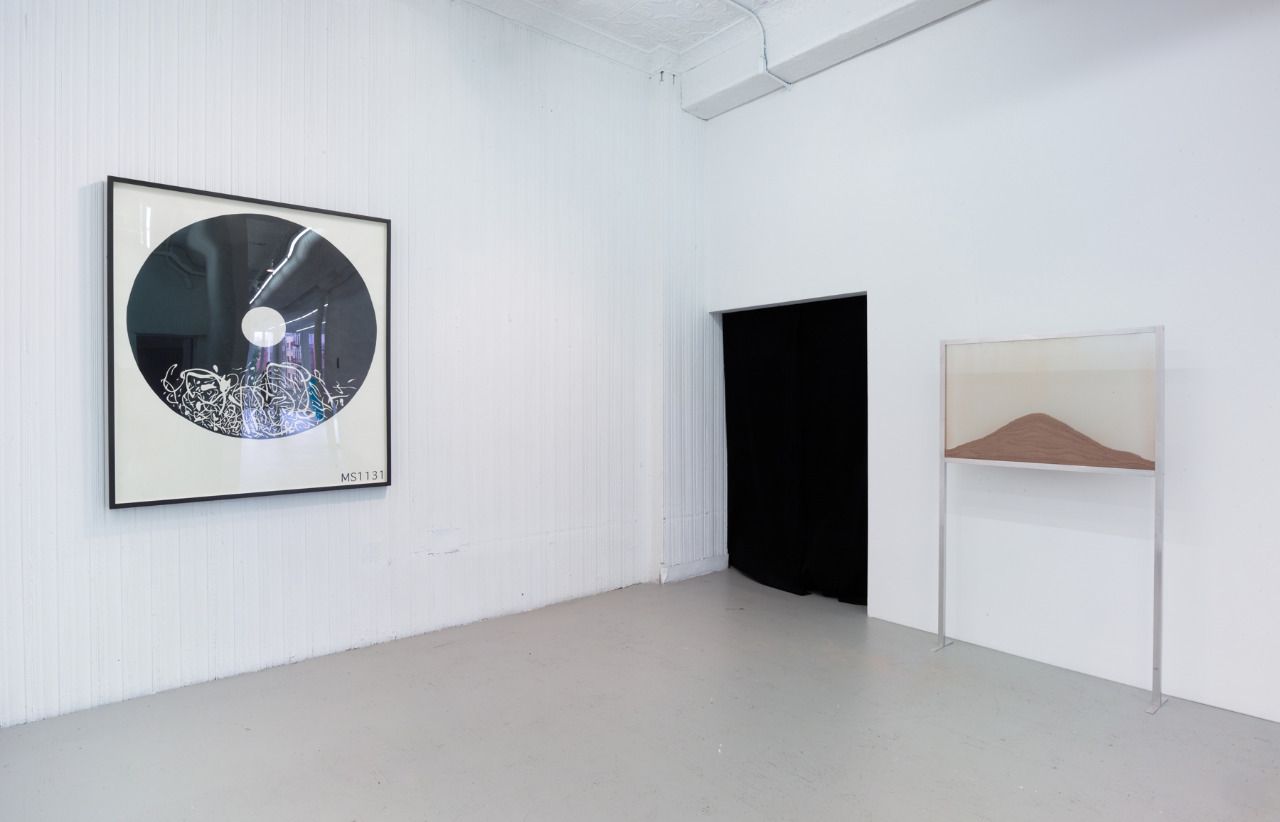 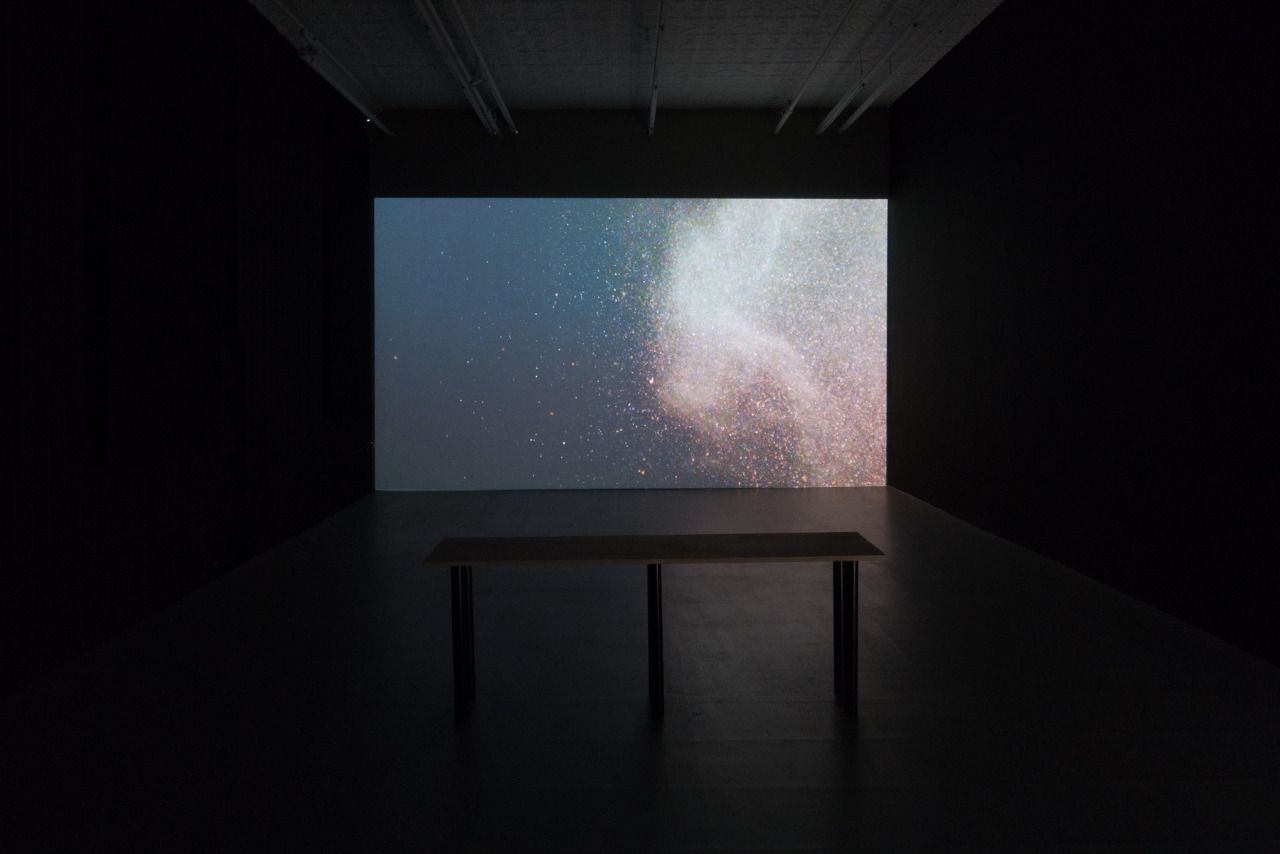 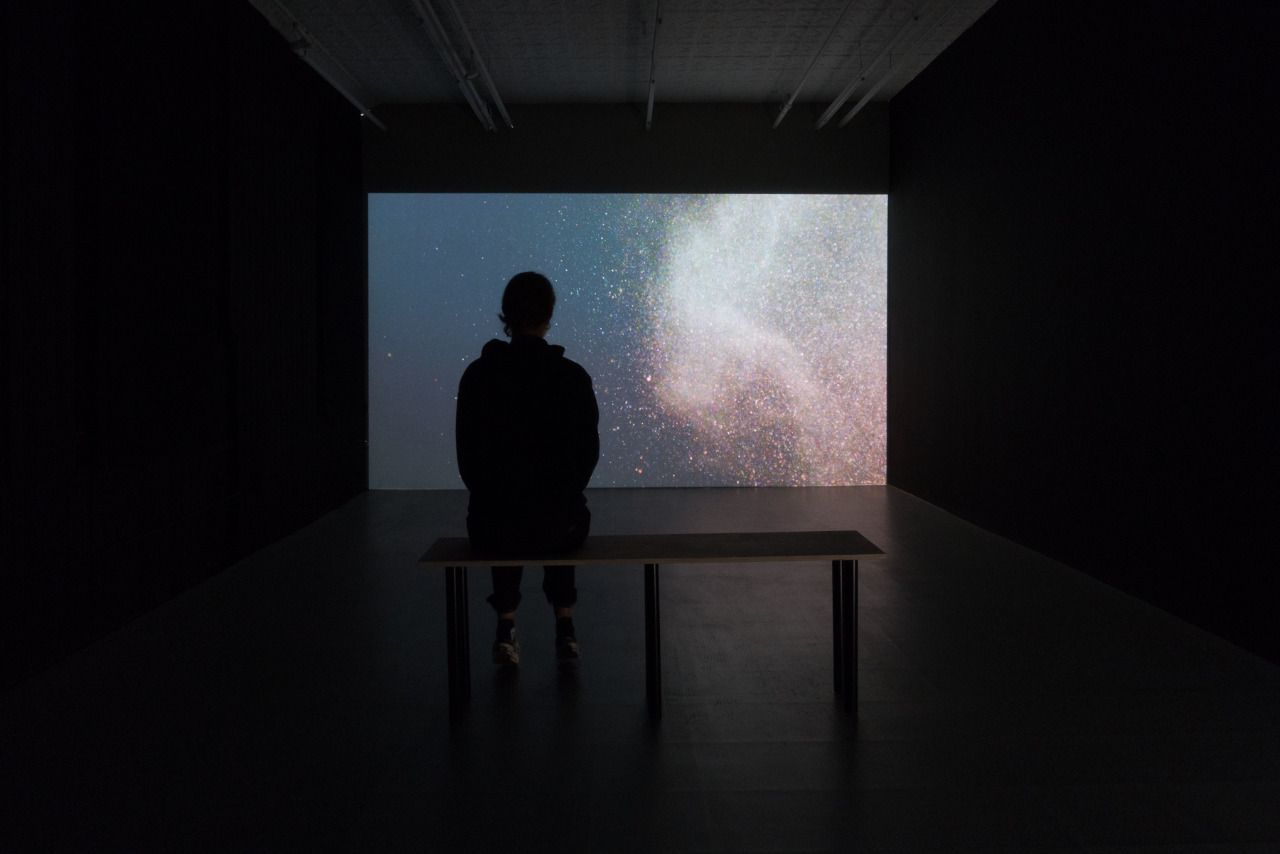 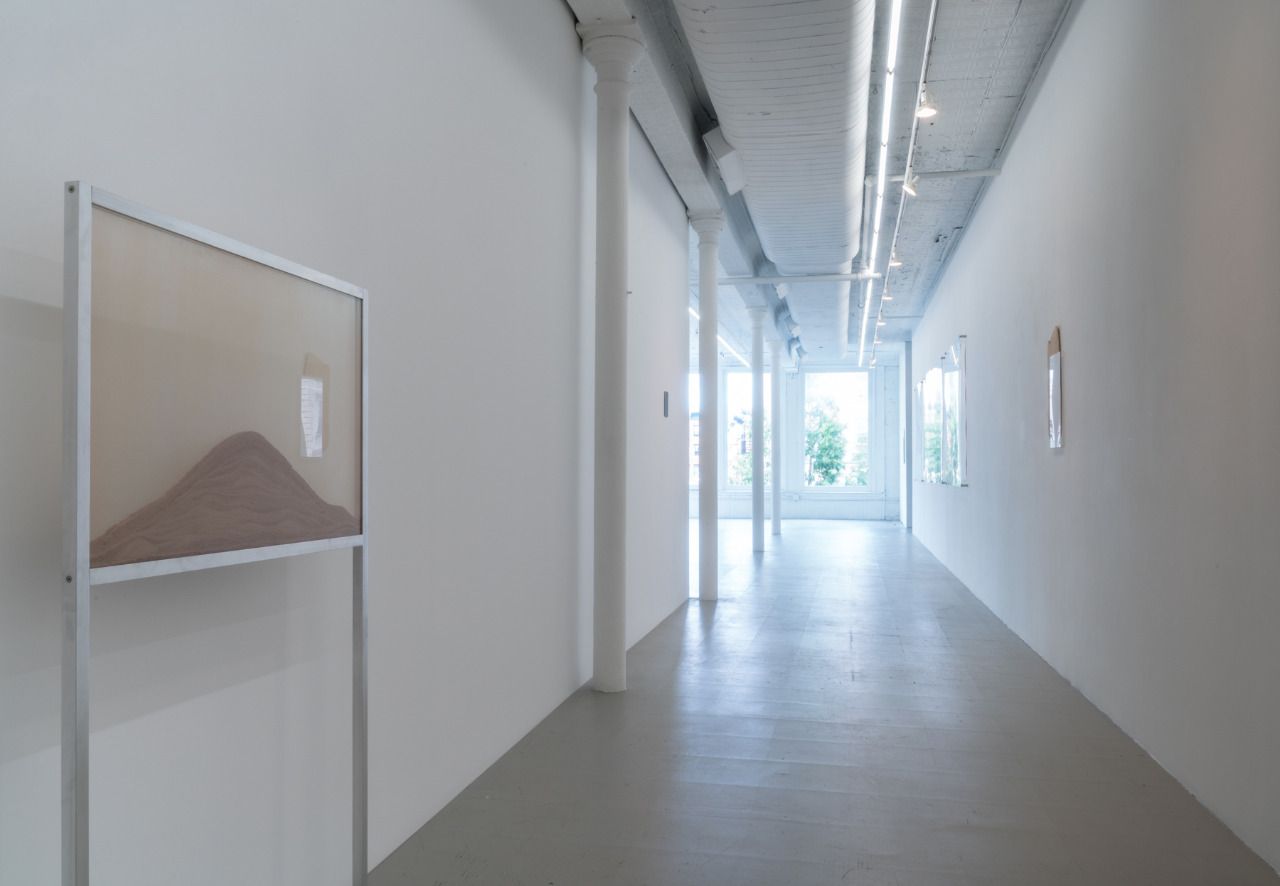 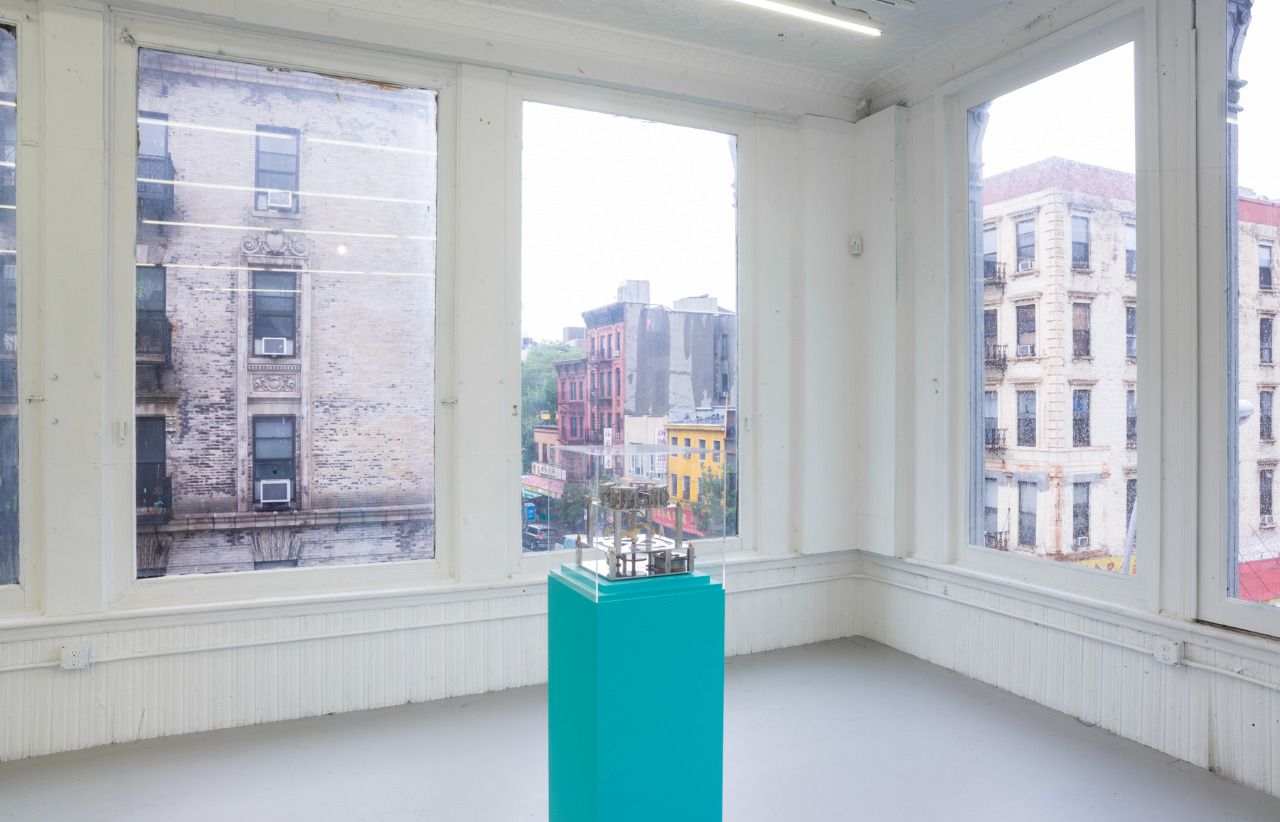 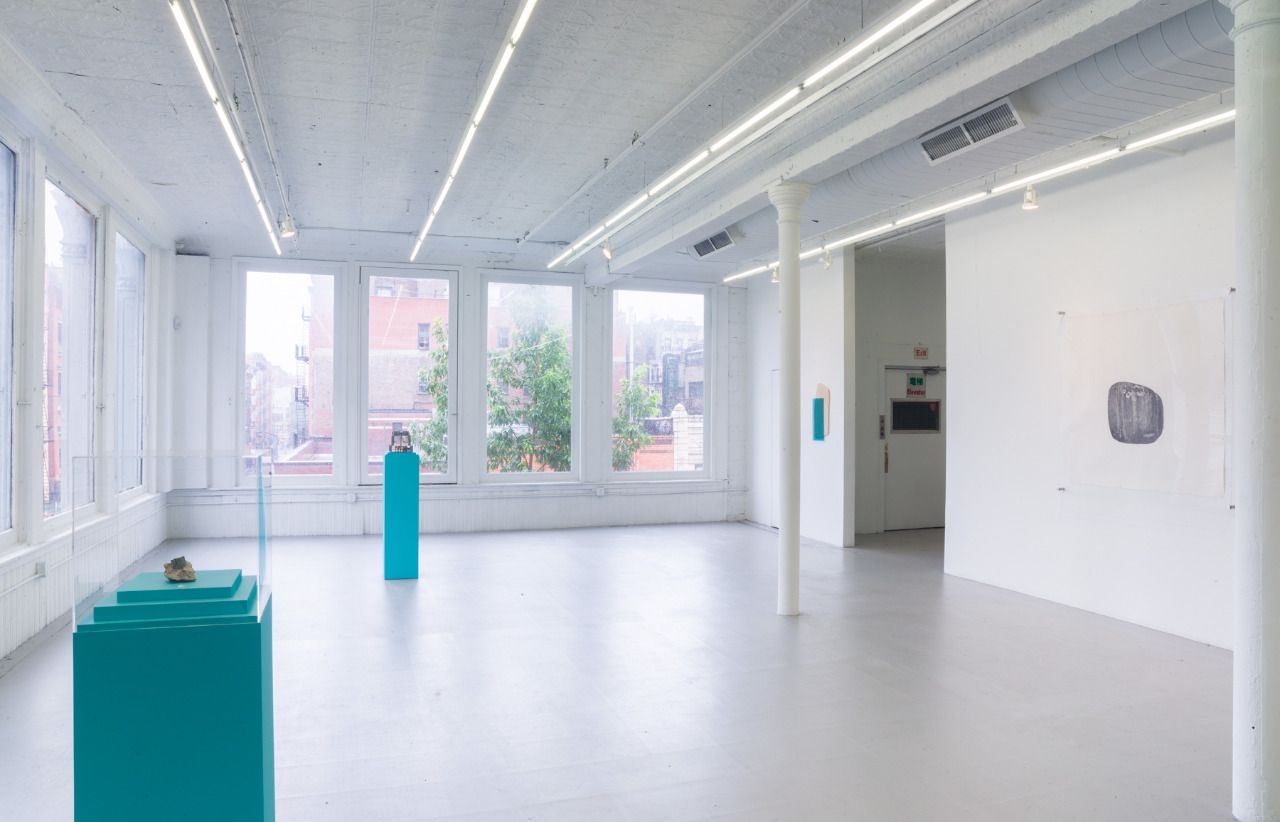 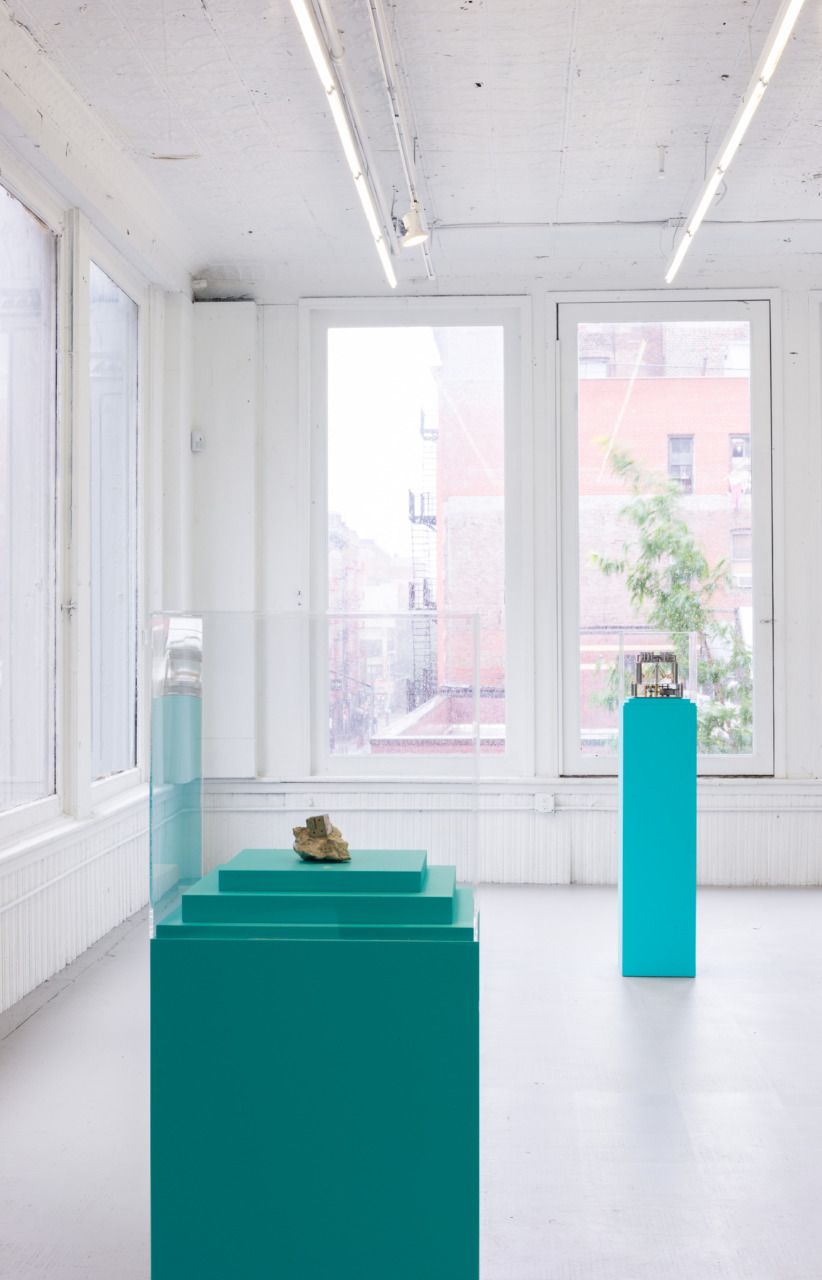 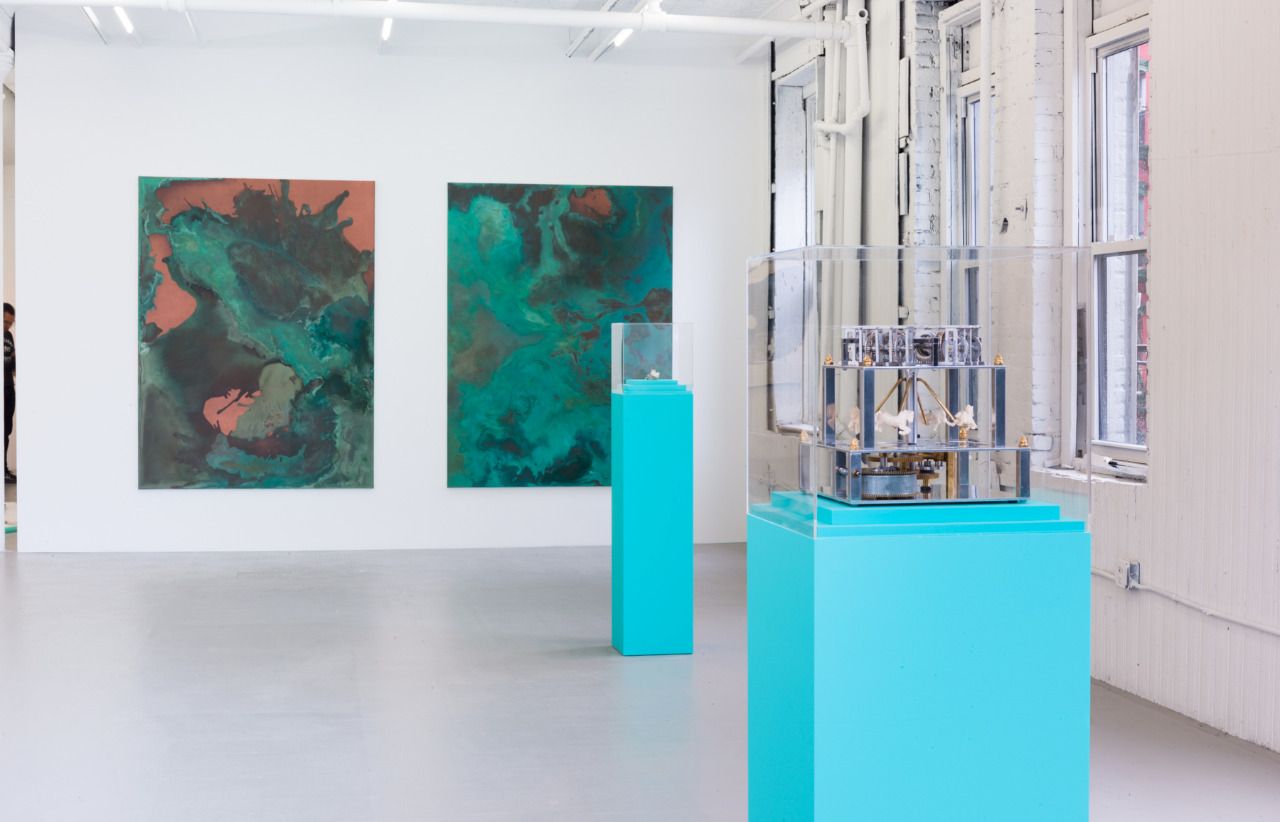 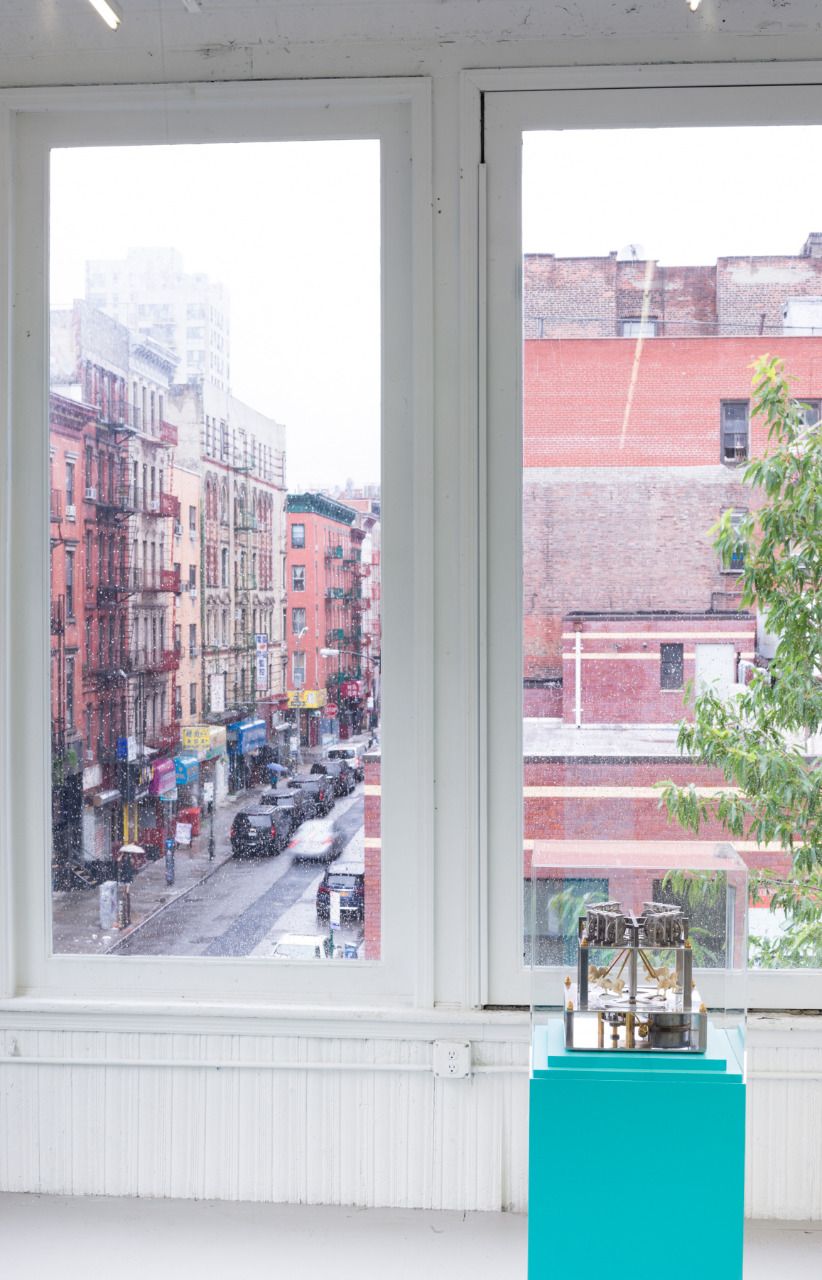 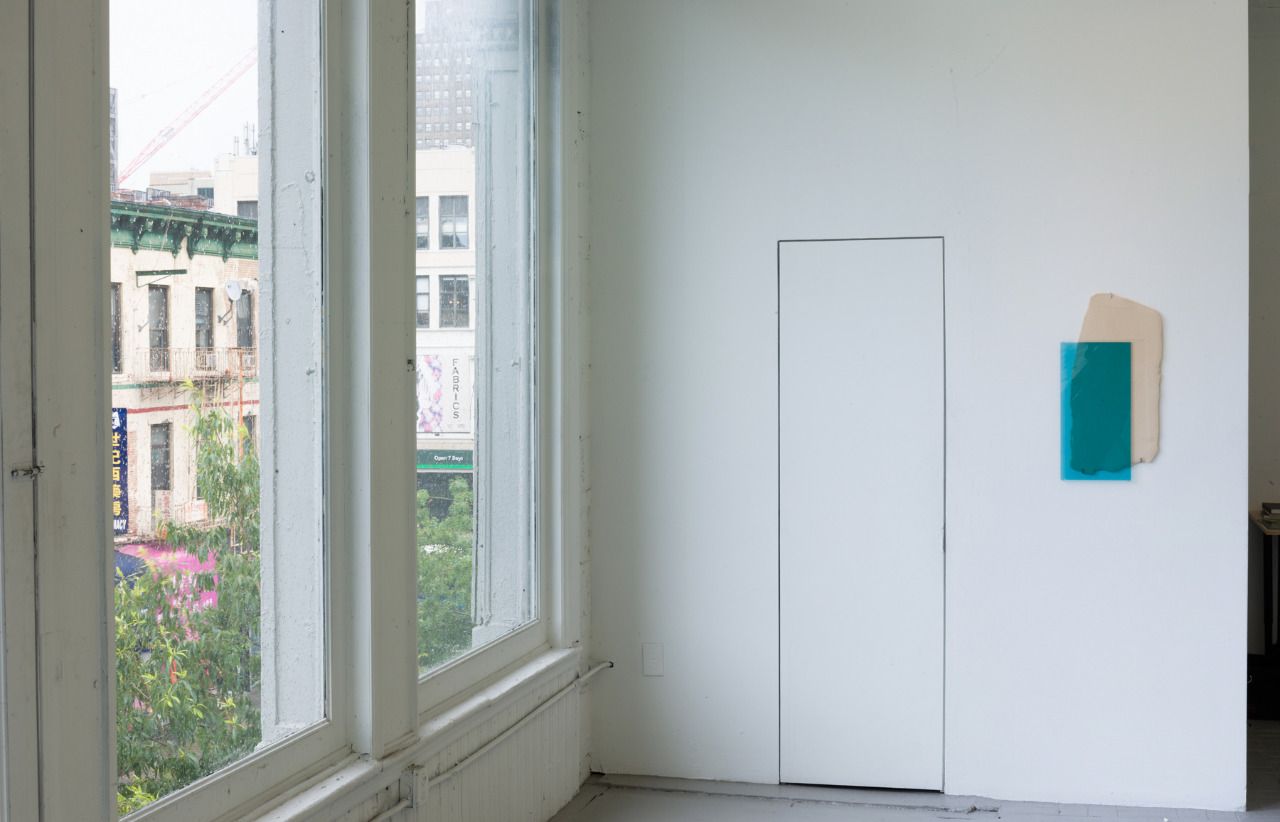 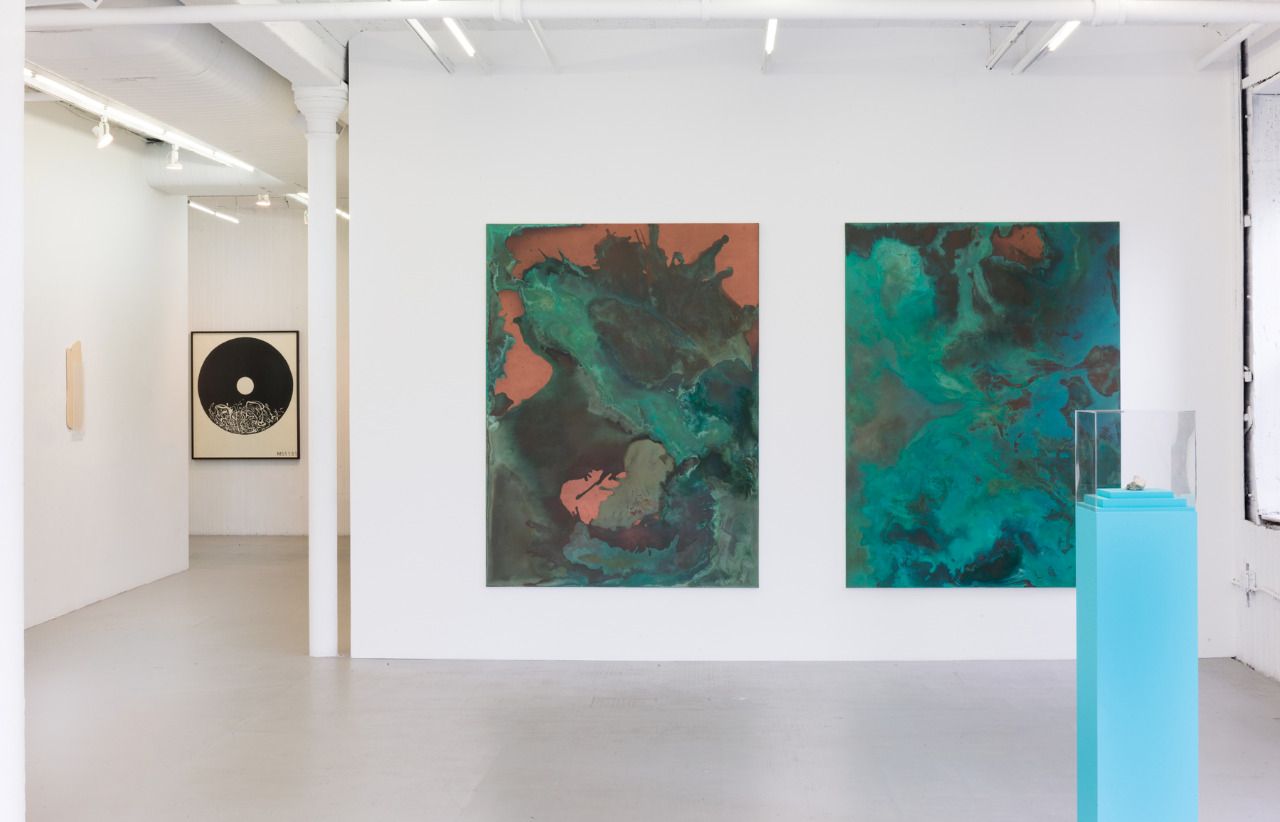 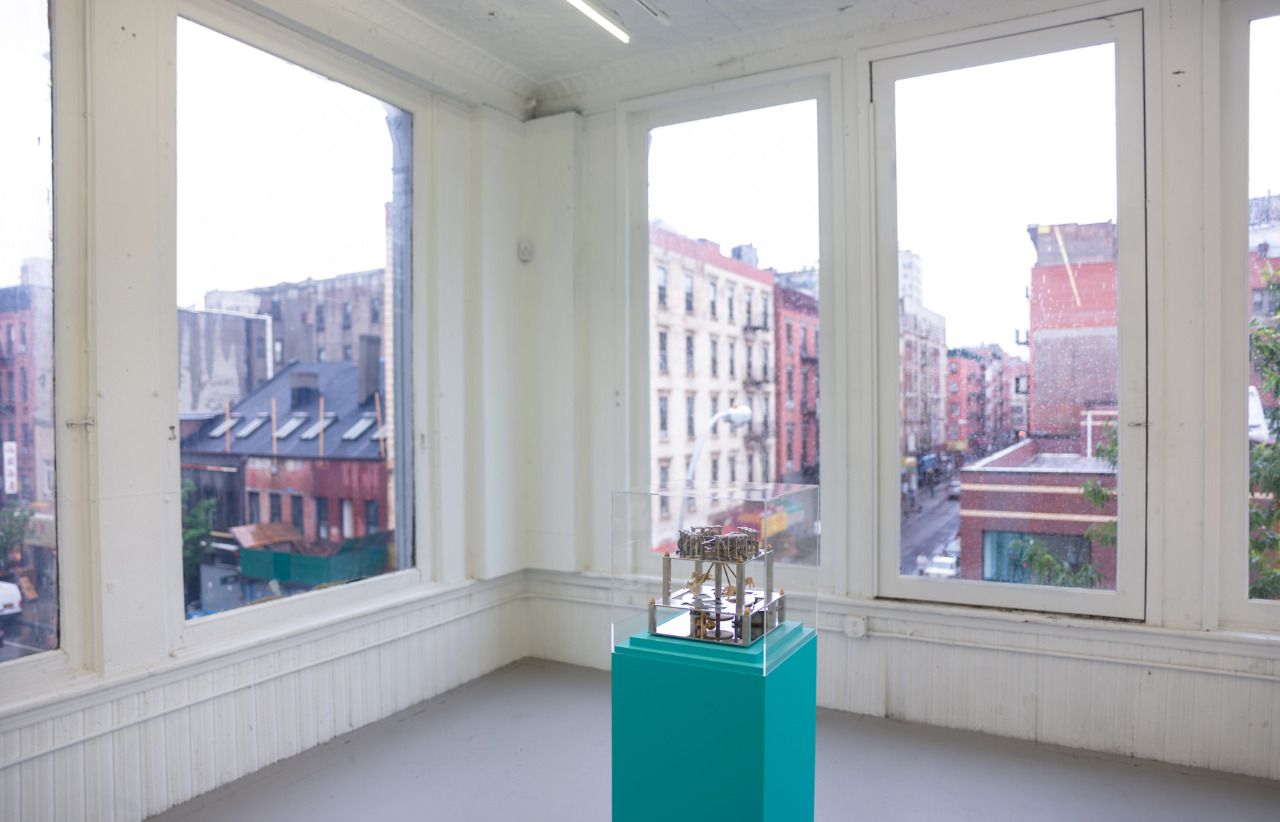