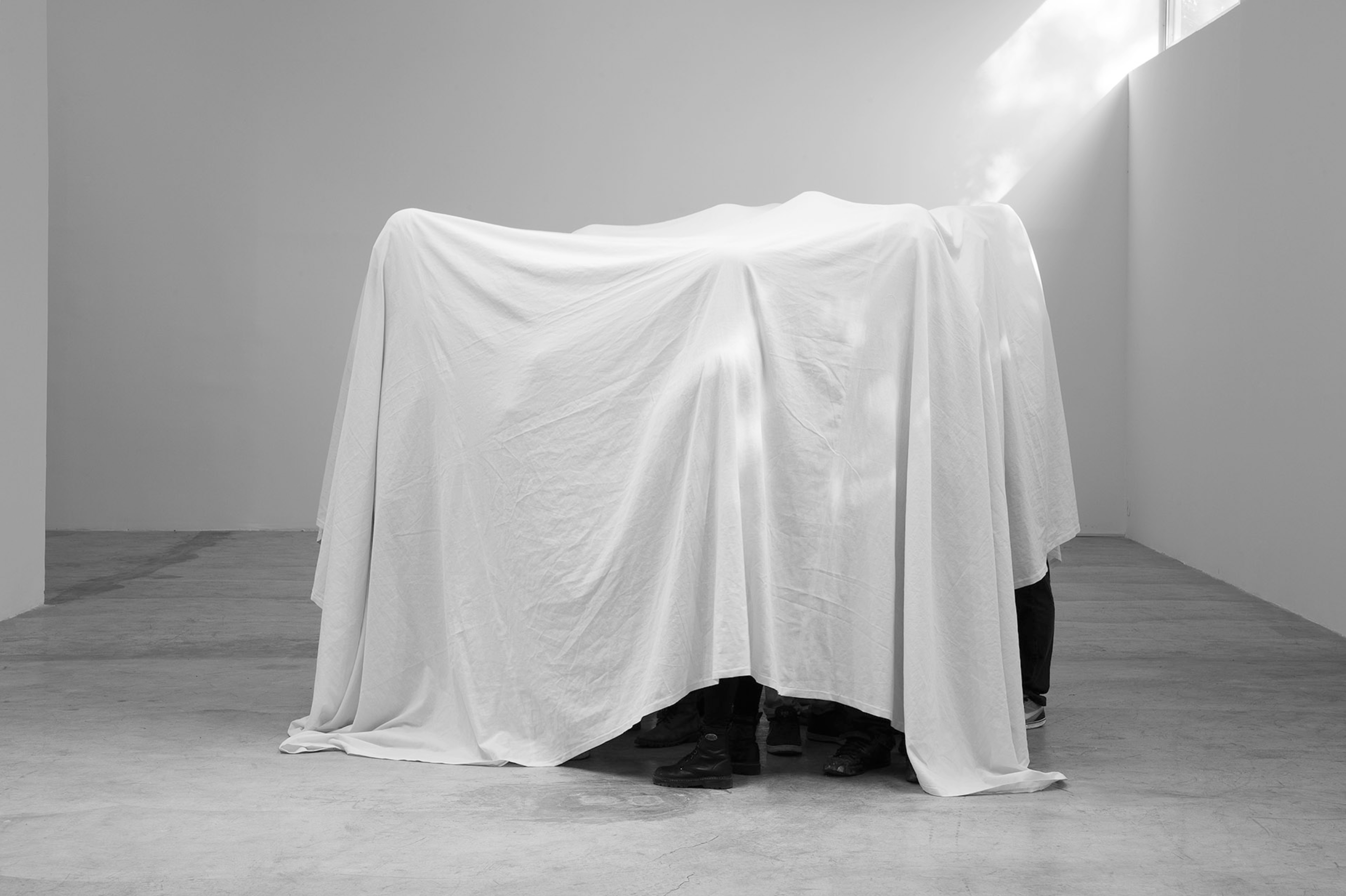 LABOR is proud to exhibit La lona, Santiago Sierra's (Madrid, 1966) first show as an artist represented by the gallery, and who since 2007 has not had a solo show in our country.

Sierra's work has been marked by the translation into the artistic practice of the inhuman aspects of the economic system, the corruption mechanisms and the exploitation of the individual. It connects different references with a straightforward reality to explore and represent the workplace, even articulating a critical stance facing the links of the art world and its agents. In the 90's, his projects were well known since they established negotiation systems with third parties to achieve actions ⎯generally occupying a public space⎯ in order to make evident the materialistic procedures related with the systemic violence of capitalism, and the labor conditions generated by it.

With these performances, and its documentation, the artist has focused the audience's experience toward daily brutality through the scenes that he represents which repeat the operations of power as strategy. The work presented in the exhibition takes shape from sculpture, documentation and photography.

Placa is a sculpture-object of melted bronze making reference on one side to the arbitrary cult mechanisms of effigies that are often made in a public space in Mexico, and on the other side, it locates spatially the distance from which the spectator is to the Official Residence of Los Pinos, the country's epicenter of power and political control.

La lona, favors the physical encounter between the piece and the spectator, people coming from different contexts create the sculpture. The formal configuration reminds us of a scene from Battleship Potemkin (Sergei Eisenstein, 1925) a film that described the epic first year of the Russian Revolution through the representation of power and its connection with the masses, the worker strikes and the Odessa rebellions.

The series of slides titled Estudio fotográfico de Tlatelolco (Tlatelolco's Photographic Study) was created in 2007. It pictures the abandonment and the waste of the Mexican institutional bureaucracy of the time, when the building that housed the Secretaría de Relaciones Exteriores (SRE) [Ministry of Foreign affairs] until 1968 was rescued and transformed into a cultural center.

Finally, Yunque shows an anvil, which belonged to a Mexican goldsmith's family during the Second World War and who used to make flagships for the militia. Once again, the plaque duplicates the forms of homage in the public space, but with a sentence coming from colloquial language referring to situations where survival becomes the essential element. 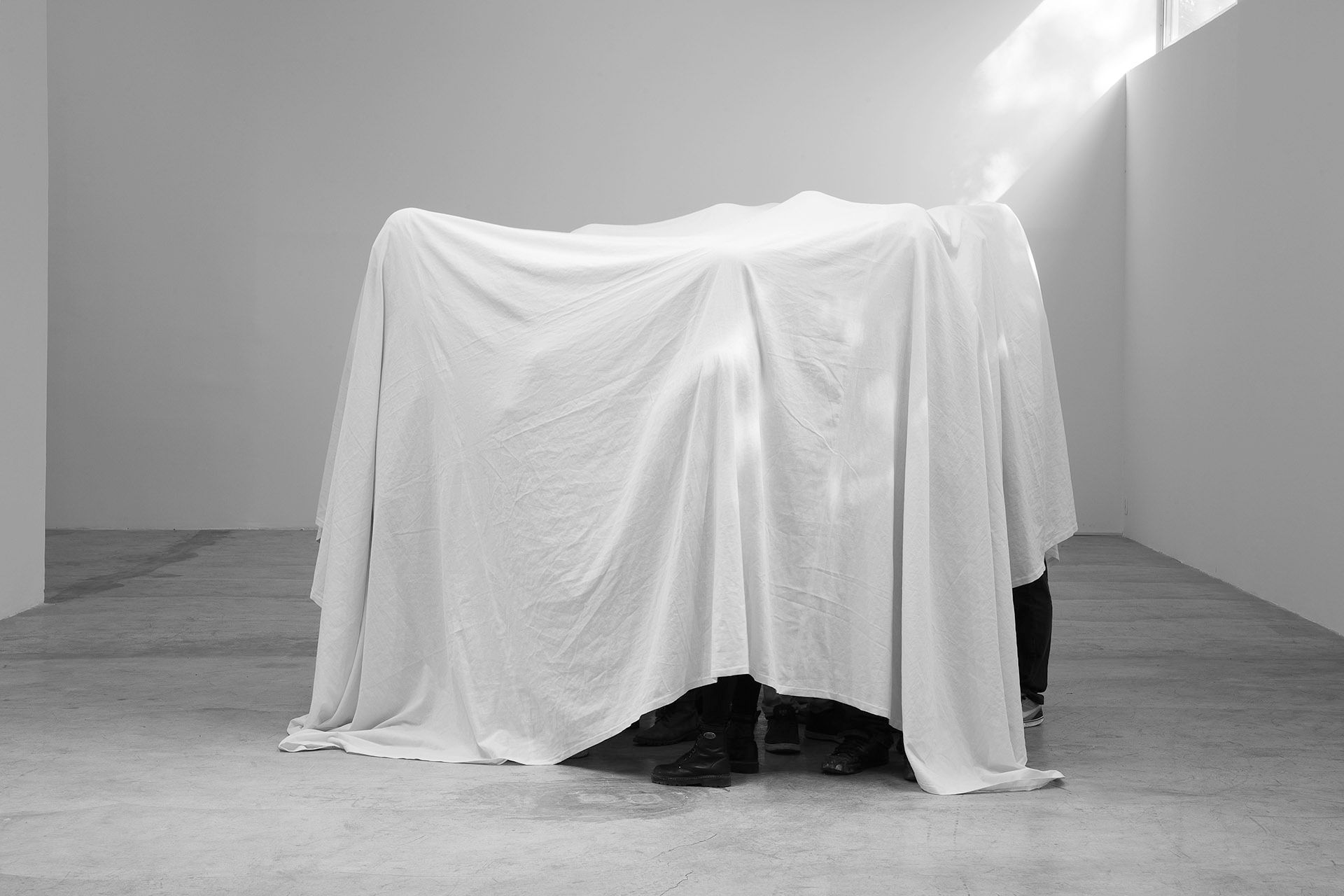 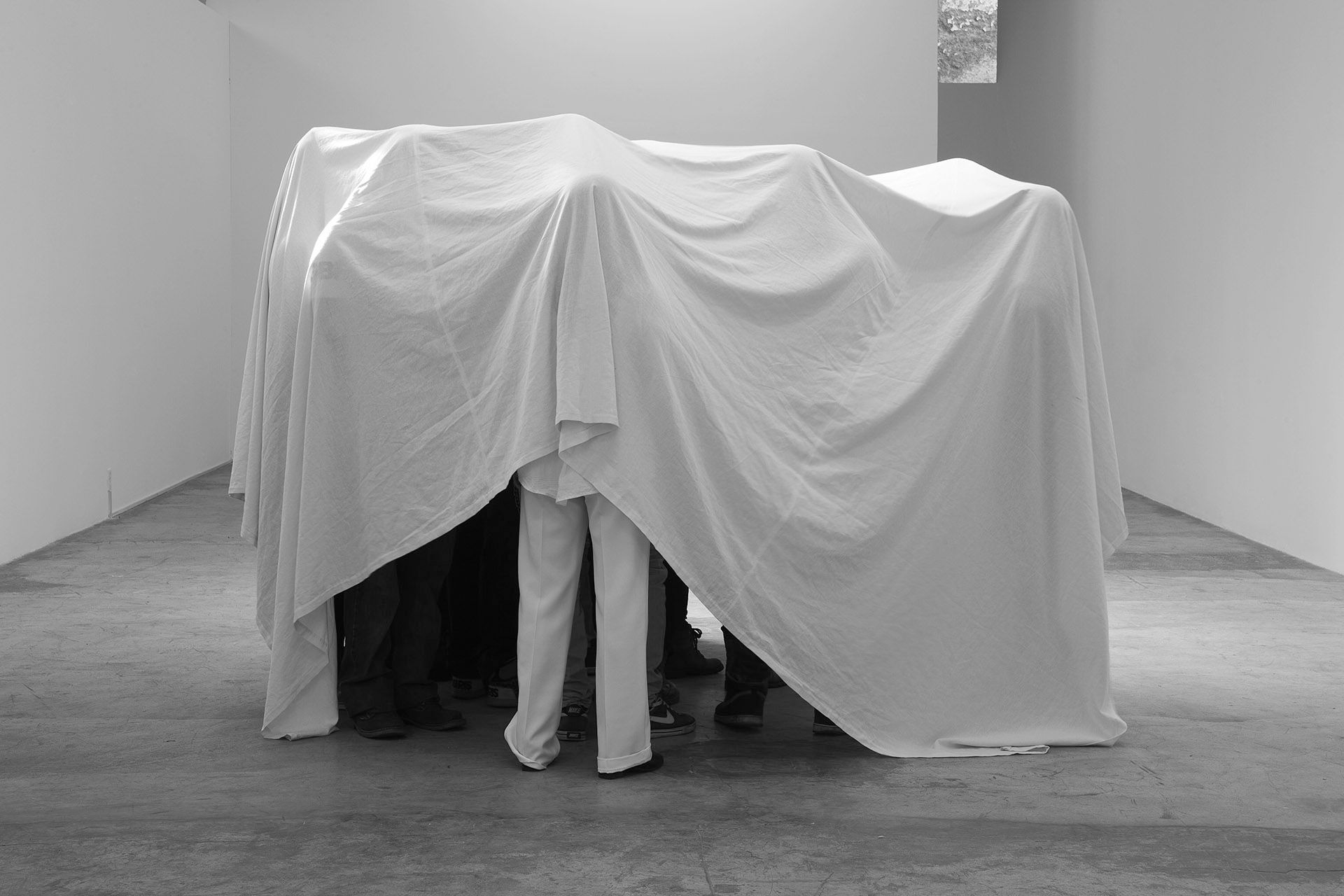