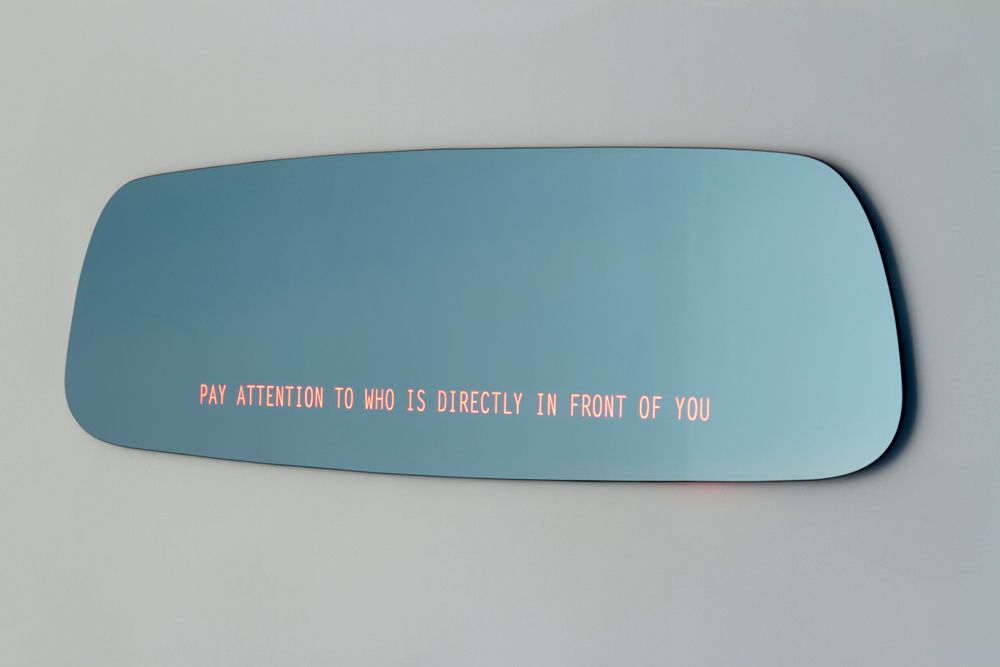 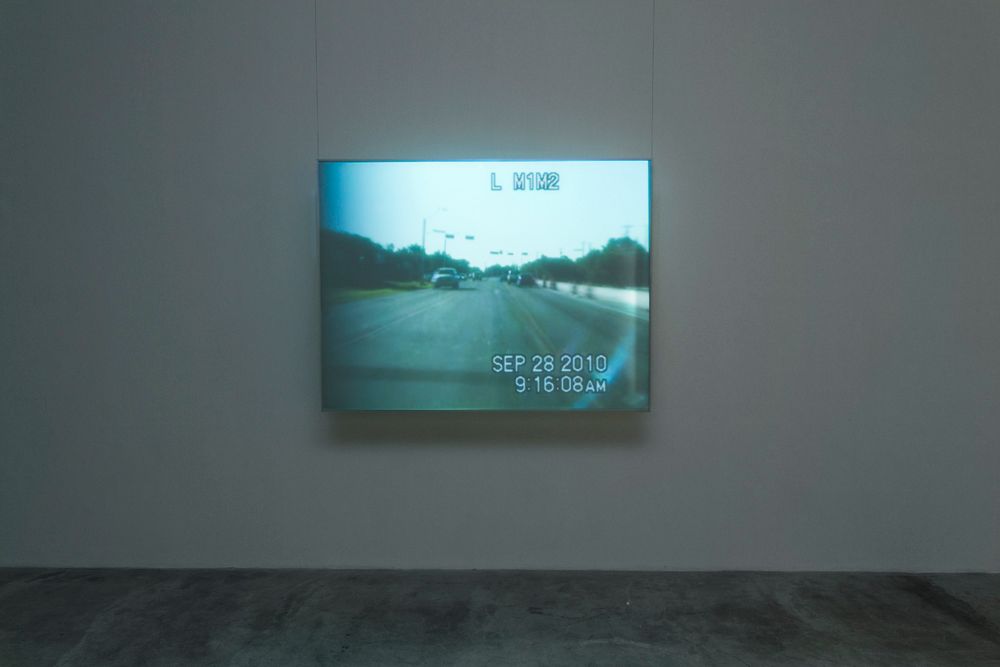 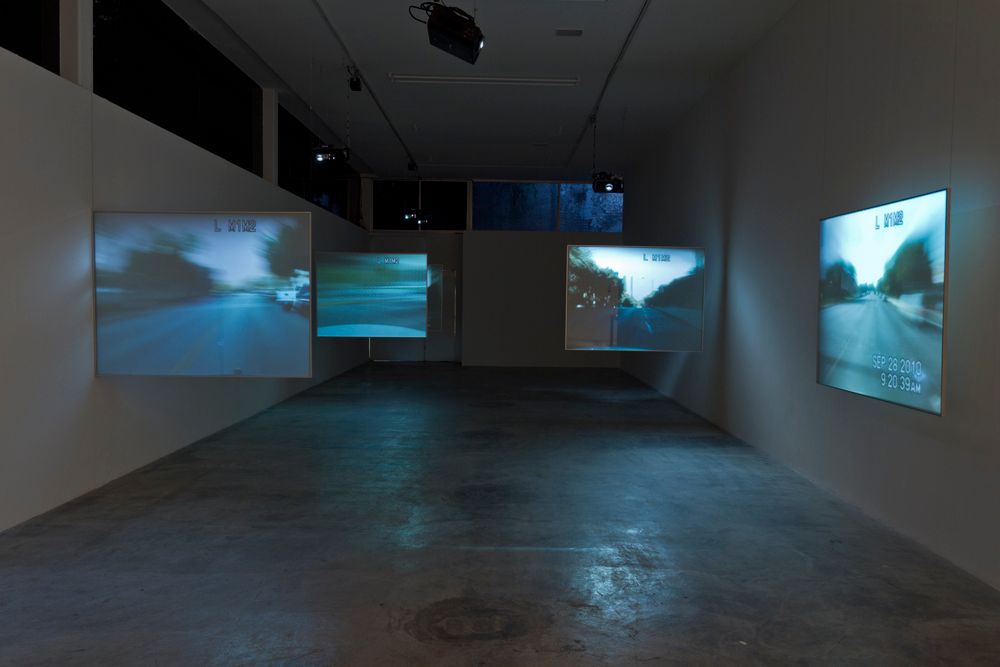 Faust 24 evokes an atmosphere of a distressed search, delimited by the dash-cam surveillance recordings of five patrol cars that responded to an emergency call of a school shooter at the University of Texas in late 2010. The perpetrator, a math major named Colton Tooley, wearing a ski mask and armed with an AK47, walked through campus firing shots into the air and ground. Harming no one other than himself, Tooley, ended his route by taking his own life in the Comparative Literature and Poetry section of the Perry-Castañeda Library.

The motives behind the spectacle Tooley created and his suicide are unknown. The enigma opens up the intuitive possibilities of the dramatic text that Magid wrote, based directly on her transcriptions of the police footage and related 911 calls, which the artist obtained with an Open Records Request to the UT Police Department. The book, Tooley, A Tragedy, is shown alongside an abridged facsimile of Goethe’s drama, Faust. Both texts are open to page 24, the moment within each narrative where suicide is either confirmed or seemingly imminent. The monologue in which Faust, alone in his library, prepares to drink a phial of poison can be heard on the headphones hanging over the desk.

It is possible to look through the book Tooley, A Tragedy, as well as its Spanish translation, with the help of Labor’s staff.

Faust is one of the universal ciphers for doubt and death, a poetic work that Magid has adopted in recent projects as a way of gaining insight into recent public shootings in the US.

Jill Magid lives and works in New York. Her work “is incisive in its poetic questioning of the ethics of human behavior and the hidden political structures of society. Her intelligent conceptual strategies engage the viewer in an absorbing aesthetic and intellectual experience that turns conventional assumptions of power, secrecy, control and social space inside out.” (Chrissie Isles, 2010).

We thank Laboratorio de Arte Alameda for their help in the installation of this exhibition. 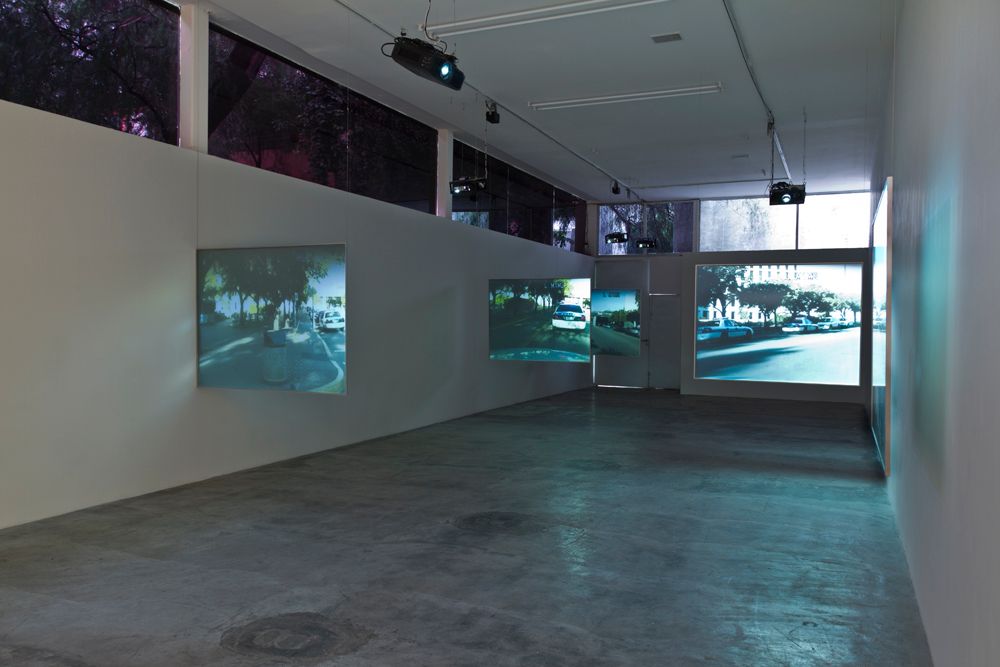 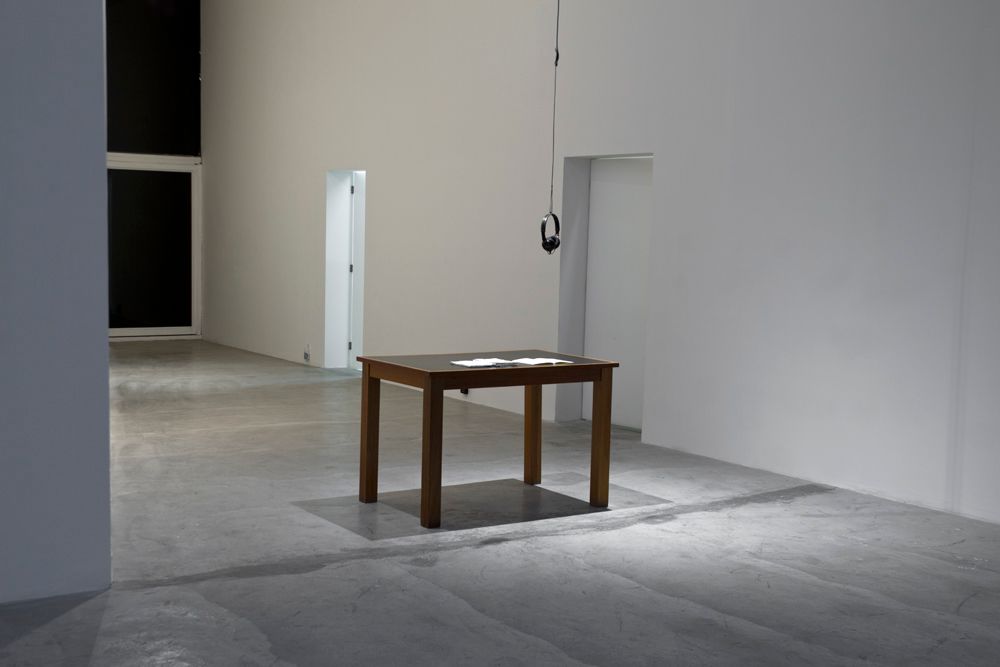 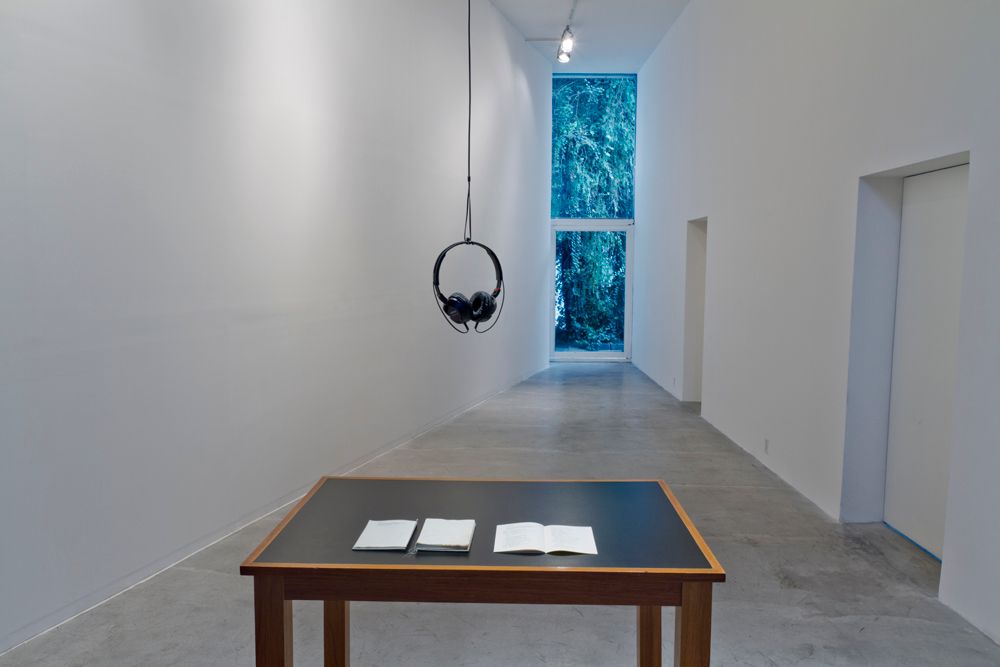 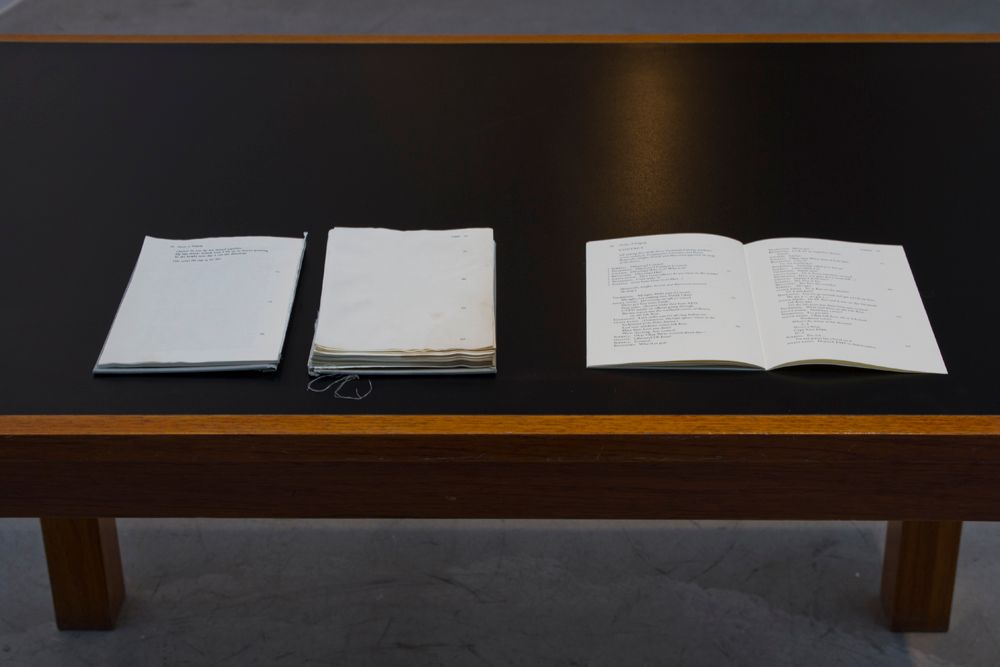 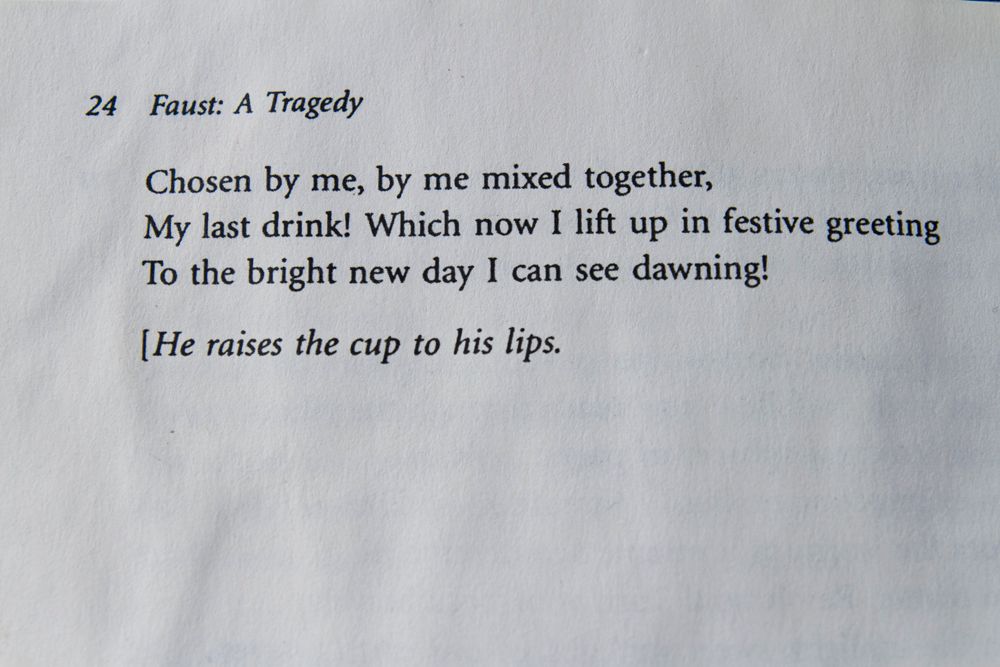 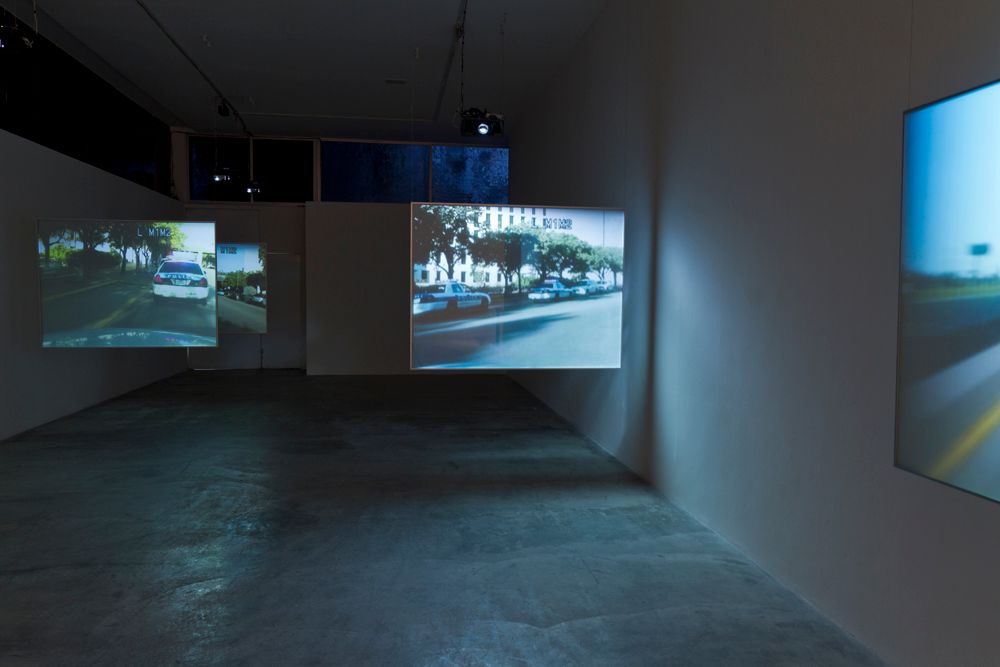 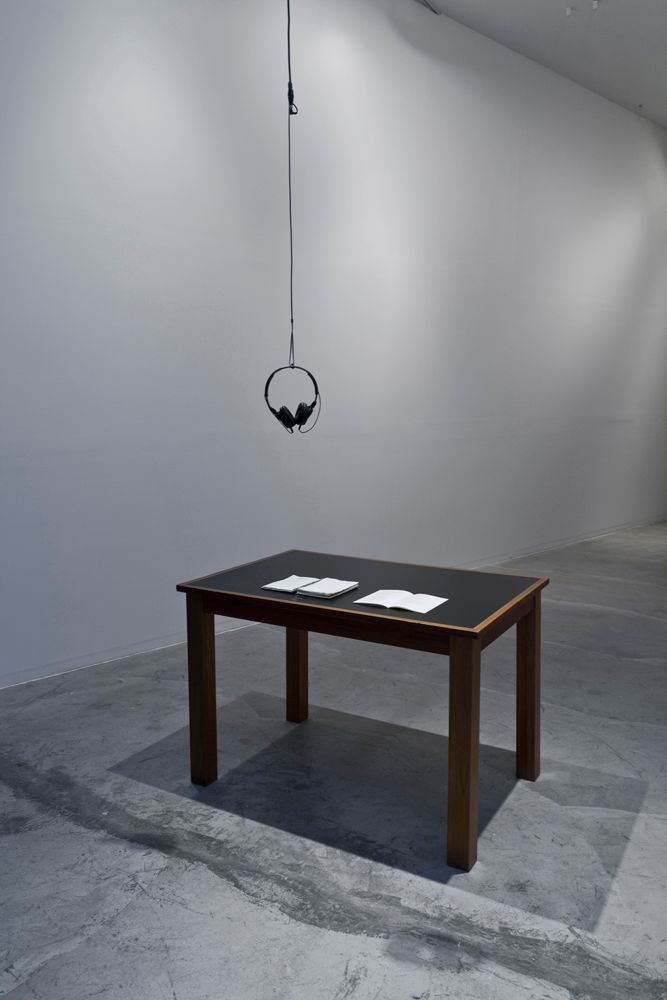 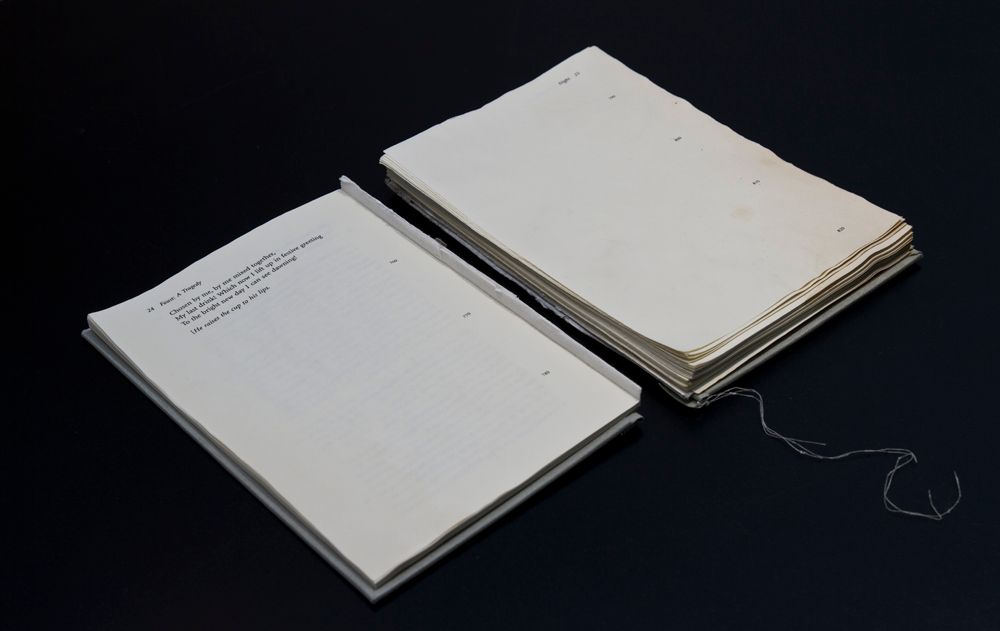 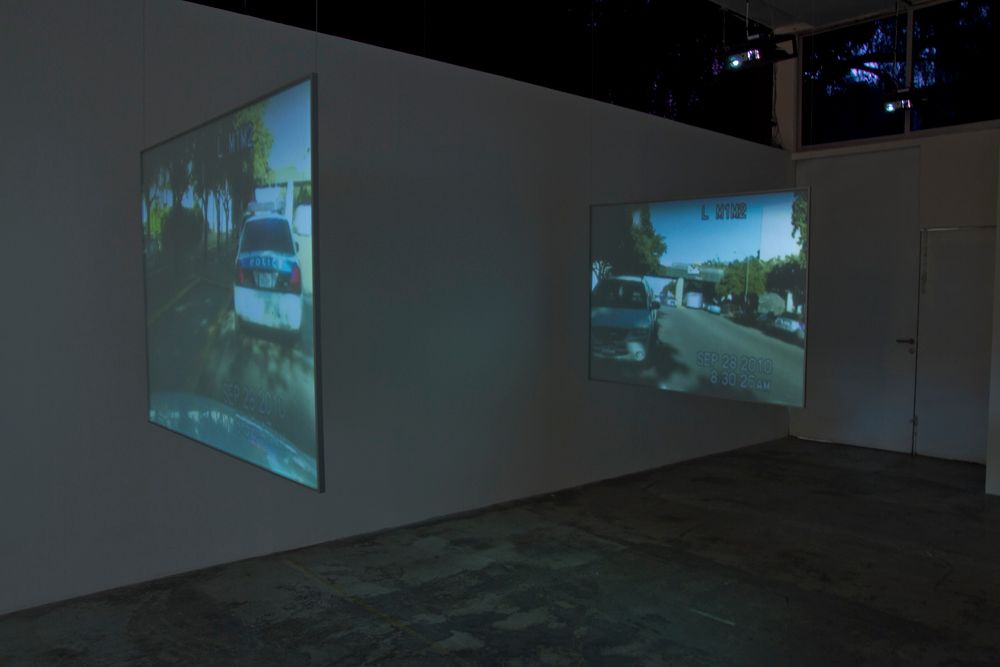 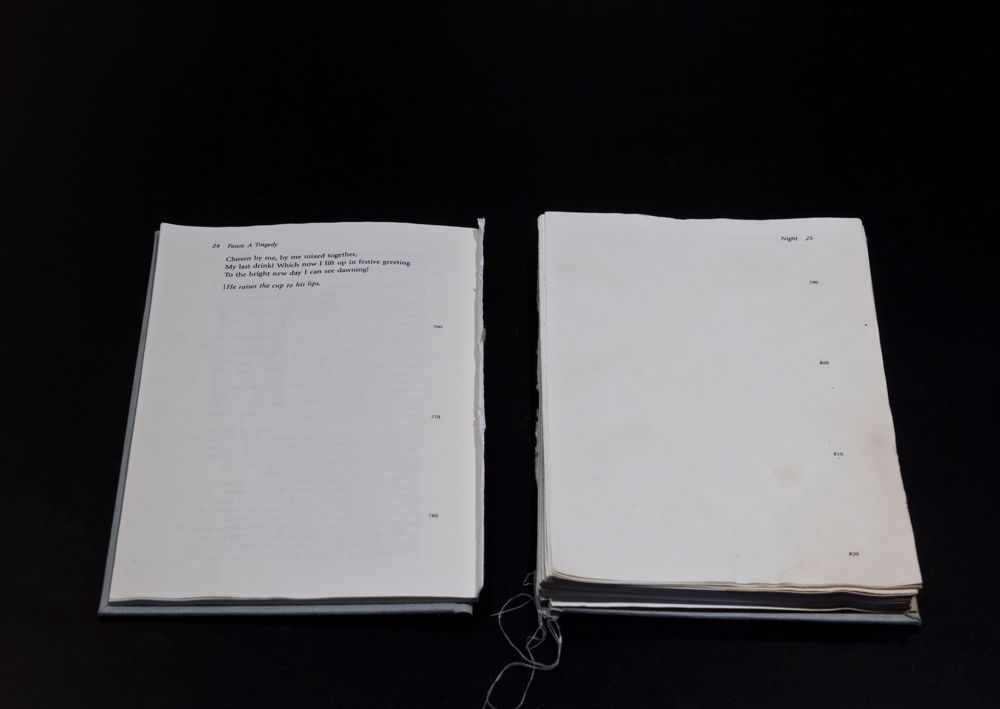