LABOR is pleased to announce the first exhibition of Yuri Pattison in Mexico, crisis cast. Pattison's work explores the multiple relationships between visual cultures, space, communication technologies and the circulation of information.
Pattison uses digital technology to investigate the political and social ramifications of the rapid development of technology and the depth of visual culture in the Internet age. His physical works take advantage of the space outside the web to explore the notions of open communication and the flexibility of labor borders in the modern workspace. The artist creates complex scenarios to construct narratives with fictitious scripts that lean towards the theory of conspiracy and the Science fiction.
In public solitude (crisis cast), Yuri Pattison explores the impact of contemporary technologies on discourses of personal and national security. The advance of high-resolution imaging, social networking and nanotechnology have transformed the ways in which governments and private entities attempt to address anxieties generated by high profile incidents of terrorism and the endless flood of information that ensues from such events. The expanded news cycle created by web-based broadcasting platforms has created an environment in which unitary narratives about events have been replaced by an often overwhelming multiplicity of perspectives and opinions. In such an information ecology, the chasm Jean Baudrillard identified between “information” and “meaning” has grown exponentially. Into this rupture have poured an endless parade of civilian journalists, social media influencers, as well as charlatans seeking to exploit points of information arbitrage.

If terror is an aesthetic event, so then is the prevention of terror. The increasing ubiquity of security cameras in public spaces is accompanied by an aesthetics of security involving numerous practically useless “security” procedures being performed because they create a nebulous atmosphere of safety. The relentless documentation of public spaces and security procedures has created a similar surfeit of imagery and discursive fracturing. Conspiracy theories surrounding disaster preparedness videos involving governments and private contractors have become as prevalent as the images themselves.
The question of how risk and security are understood is one of the oldest in modern political thought. To model risk, one must have some conception of what is placed at risk, this is often a highly materialized process.

Pattison’s works seek to make visible the vectors of these decisions. In the work that lends its title to the exhibition, Pattison collaborated with a private security firm called CrisisCast to visualize both the visual dimensions of disaster preparedness and the underlying technical infrastructure. Pattison commissioned CrisisCast to produce the preparedness scenario featured in the public solitude video. The firm’s founders use their background as theatre-makers to devise plausible scenarios in which “crises” could emerge. 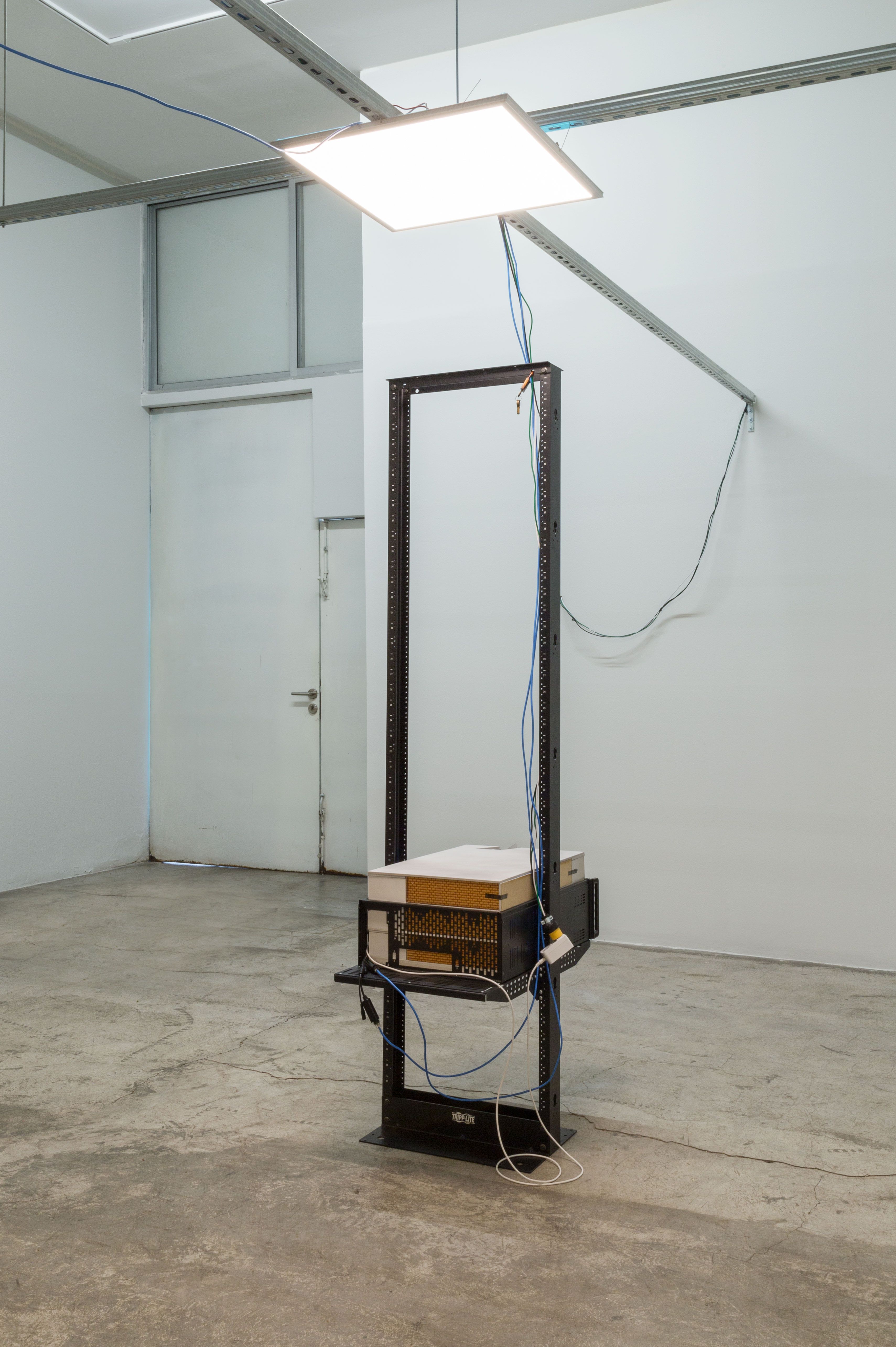 The work Pattison commissioned features the firm’s performers - some of whom are erstwhile security professionals - traversing a simulated airport. Shot from multiple perspectives, the video referencing the disjoint, ostensibly neutral gaze of CCTV cameras, Tower II integrates the viewers into the spectacle of pseudo-security, displaying a live feed of the gallery spliced into the video footage housed in a server rack. Tower II evokes the material architecture that lies beneath notions like the “the Cloud”.
The cameras installed in the gallery are articulated to pan, zoom, and tilt according to automated settings, creating unique “non-human” perspectives on the space.

The work, Tower I, included within the Tower II server rack, consists of an emptied server case wherein a miniaturized 3-D model of the “airport” featured in public solitude is positioned, complete with miniature working security cameras reproducing the view inside the modeled space.

The gallery’s infrastructure is included in this process as well, integrating the cabling and lighting for the show within a Unistrut grid installed overhead. The gallery’s lighting structure will also be modified to create lights themselves constitute a work entitled always golden hour somewhere, an ongoing piece Pattison conceived which is designed to mimic the color and light patterns of solar cycle within a circuit of preprogrammed interruptions. Evolved from the lighting schemes used in locations like casinos - where a controlled environment and heavy surveillance are combined to produce a form of carceral entertainment - the work also seeks to reify the global, even galactic, discourses brought to bear on the appurtenances of our contemporary “surveillosphere”. 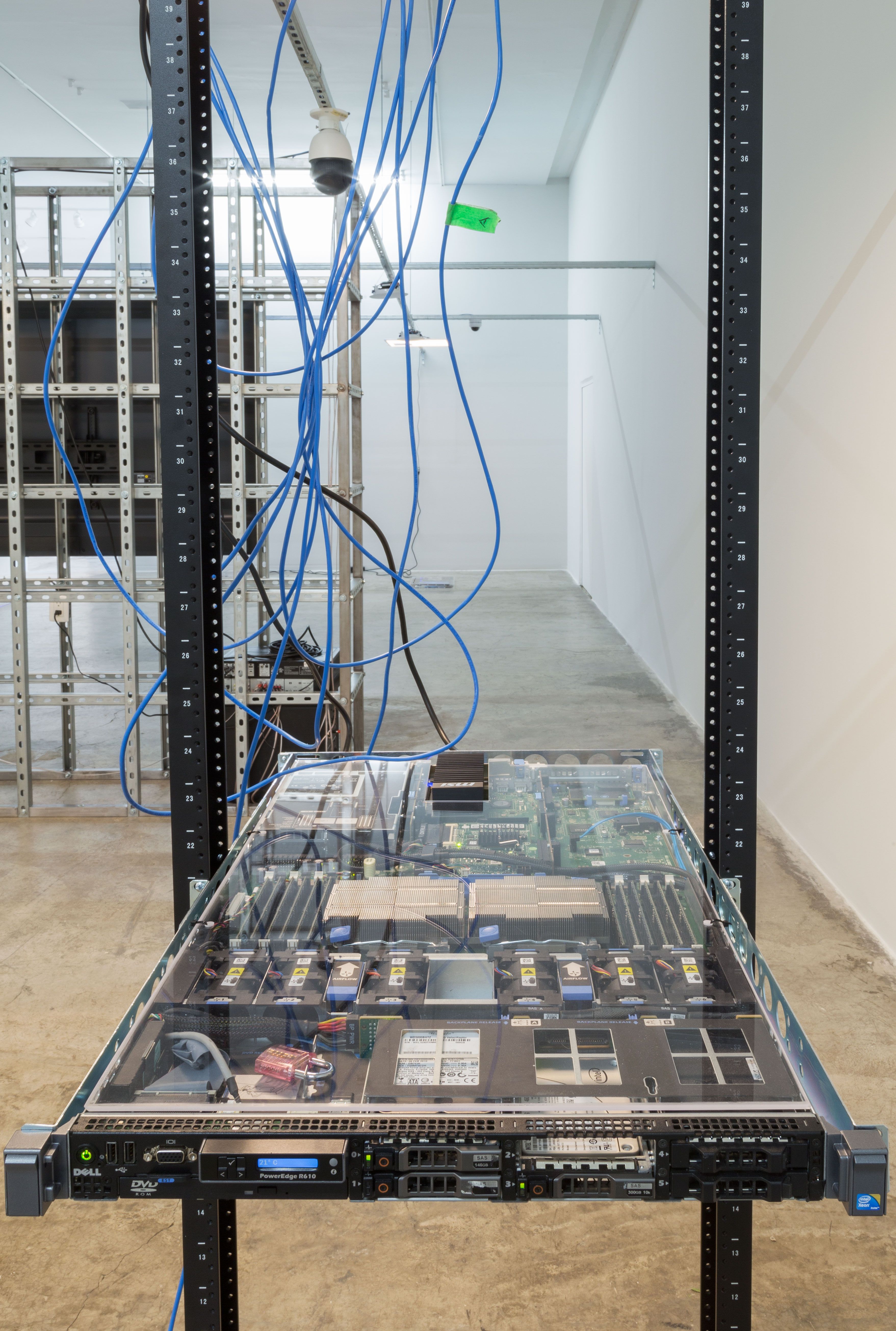 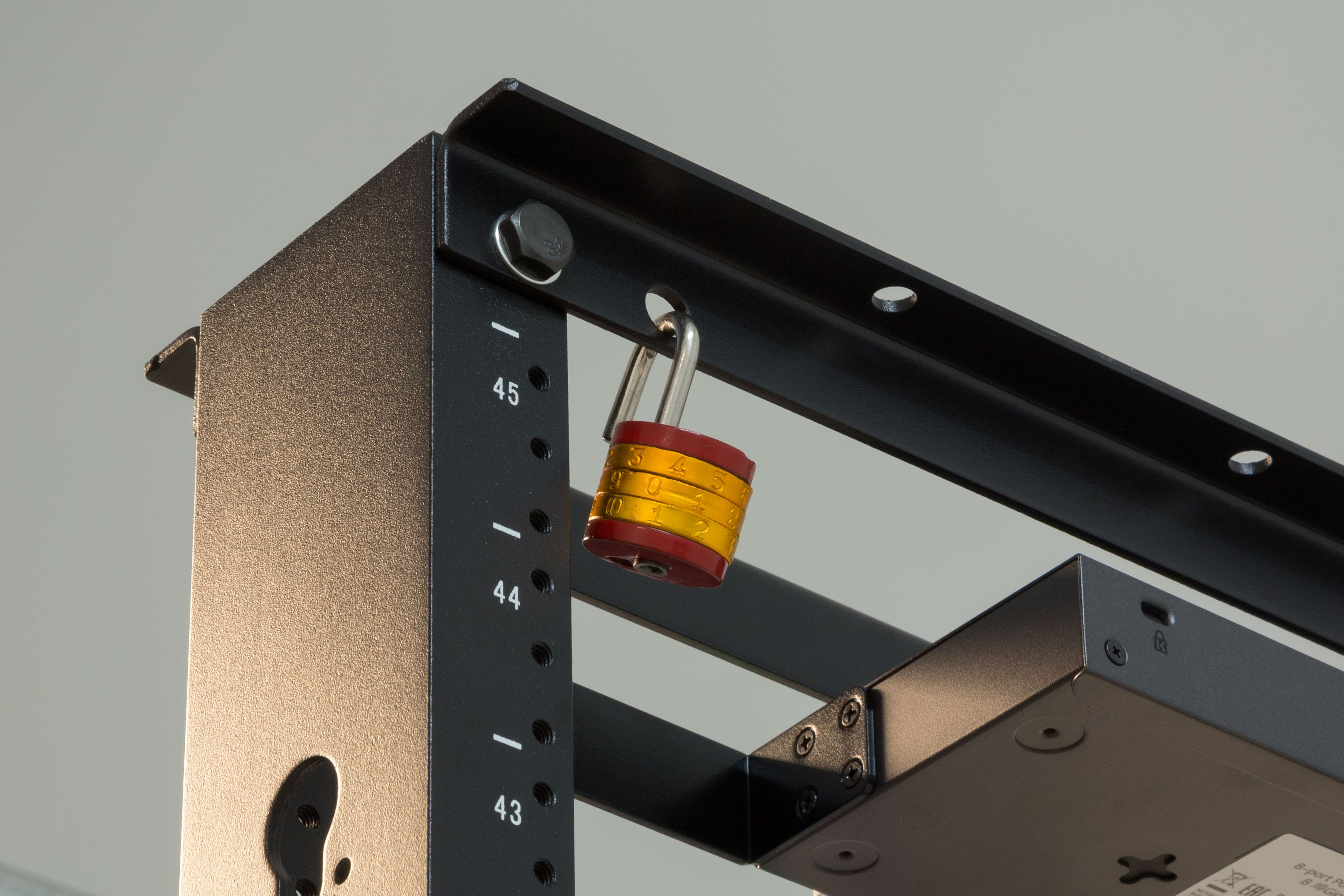 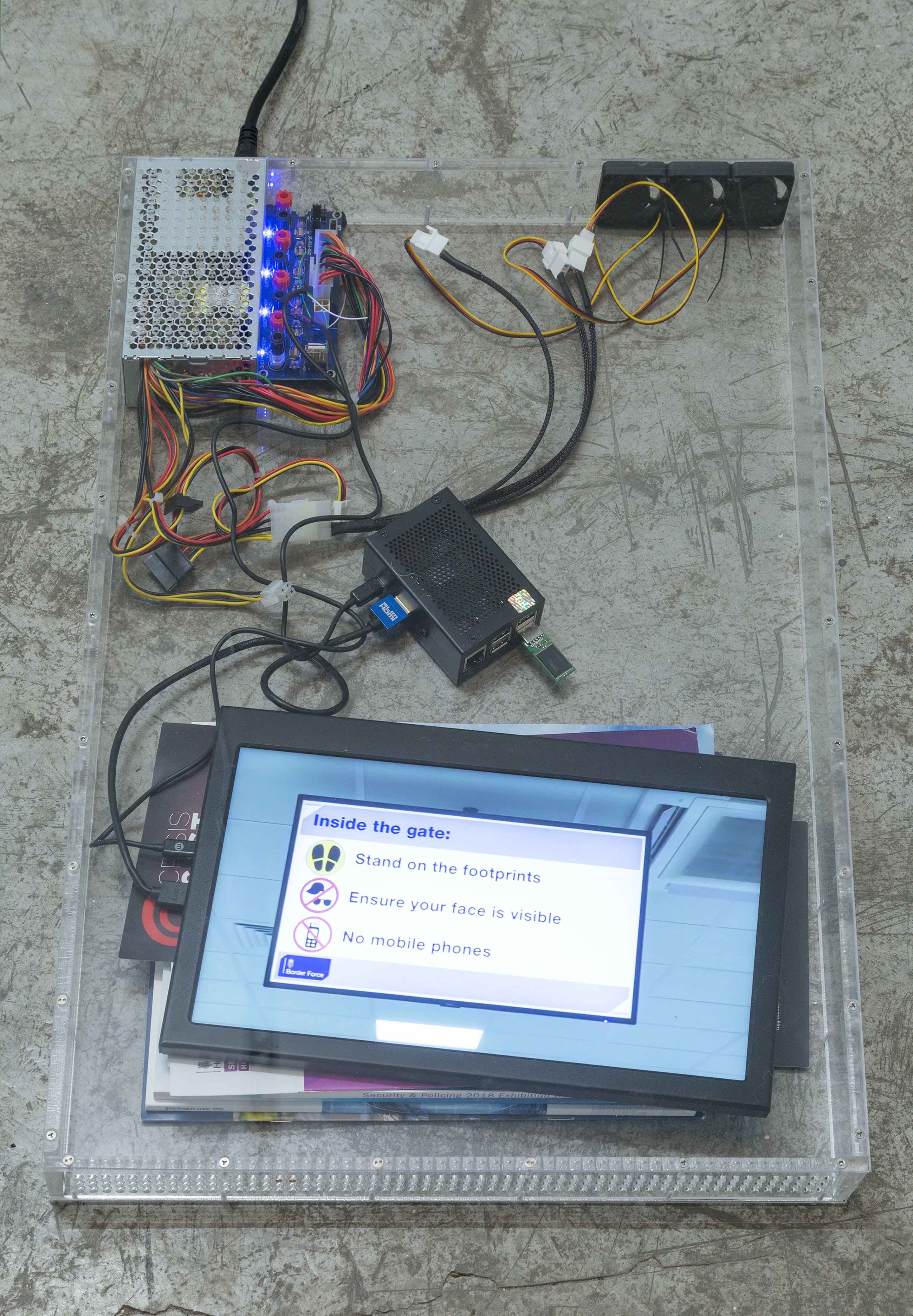