Labor presents American Artist’s first exhibition in Mexico, Black Gooey Universe which redefines how we think about race in the digital age by exploring the history of computer technology. Beginning with their name -which is not a name, but rather a declaration of intentions: to subvert the stereotypes of the generic American artist from blackness, and to question what it means to be an Artist. An American Artist.

American Artist’s practice arises from multiple contexts: the sociopoetics of Black radicalism, where mass revolutionary movements are fused with philosophical improvisations, as seen in the work of Black conceptual artists such as David Hammons; And the use of software as criticism, by questioning the biases embedded in computer technology, following scholars Simone Browne and Ruha Benjamin.The emergence of Artist’s critical artistic practice has coincided with the rise of the Black Lives Matter movement, which has made it impossible to ignore racially-motivated police abuse. A struggle that finds common ground and dialogue with the efforts for liberty held throughout Latin America.

For this exhibition, Artist continues their research into the development of the Graphical User Interface (GUI), which is what we use to communicate with a computer, and which is also how we come across most information these days. The most compelling part being that, before the 70s, computer screens were black, but now, when you open a new document or begin a search online, the background is typically white. It wasn’t always like that. In the CRT monitors, crucial to computers before the 90s, the screens appeared black, and white or green forms were inscribed by cathode rays. The early white gooey of the Apple Lisa was an artificial backdrop for corporate productivity, an entire plane of rapidly blinking white within the black CRT monitor space, sustained by a continuous energy draw, representative of the wasteful impetus of capitalism. 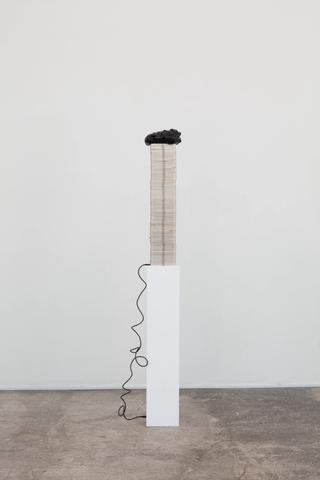 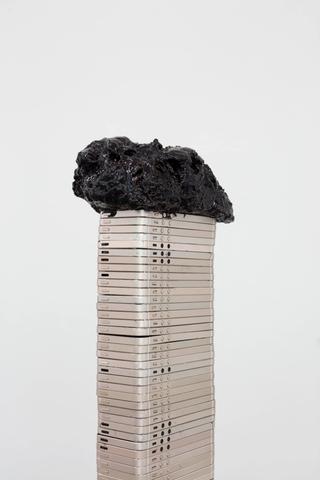 Through their practice, American Artist proposes to ponder on the ideological assertion of whiteness as neutral. Their work rejects the finish-fetish aesthetic that commonly accompanies digital technology in the age of Web 2.0. American Artist further contextualizes the black screen as a metaphor for Blackness in their essay “Black Gooey Universe” published in unbag. They mention that “black gooey is antithetical to the values of the white screen”; they relate this inquiry to Fred Moten’s theories about race. Anti-blackness, Artist suggests, exists equally in the iPhones we use daily and the sets of politics we use to guide our lives.

What if that transition from the black screen to the white screen had never happened? Or what would it have meant for the original black interface to continue to evolve? And how does this challenge the values we are constantly negotiating within computer technology? This is what American Artists’ video and sculpture pieces are trying to represent: the redefinition of values that are in contrast with everything we associate with our current digital environment. 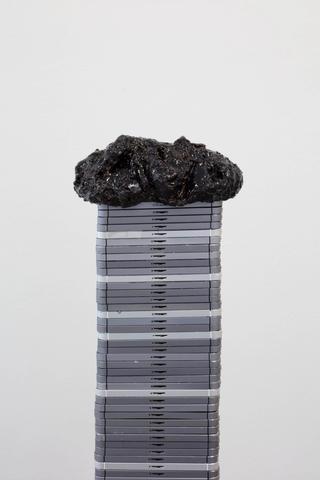 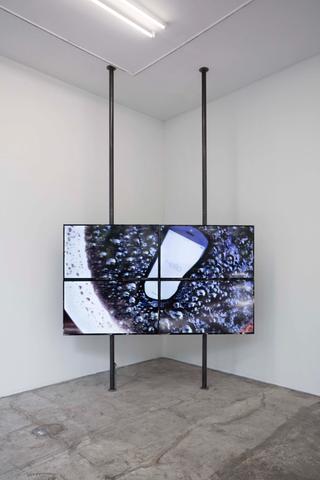