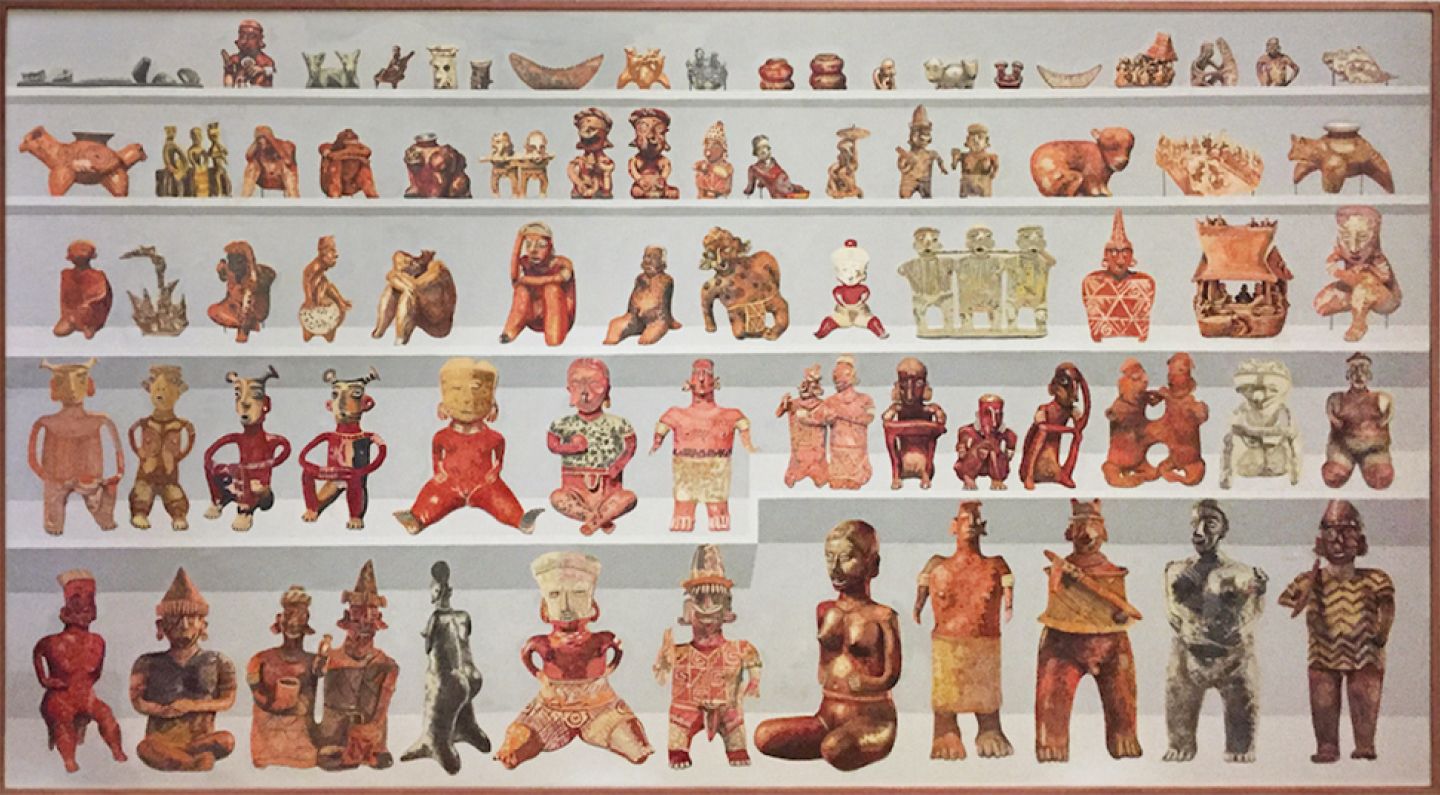 An Index and Its Settings (Un índice y sus entornos) 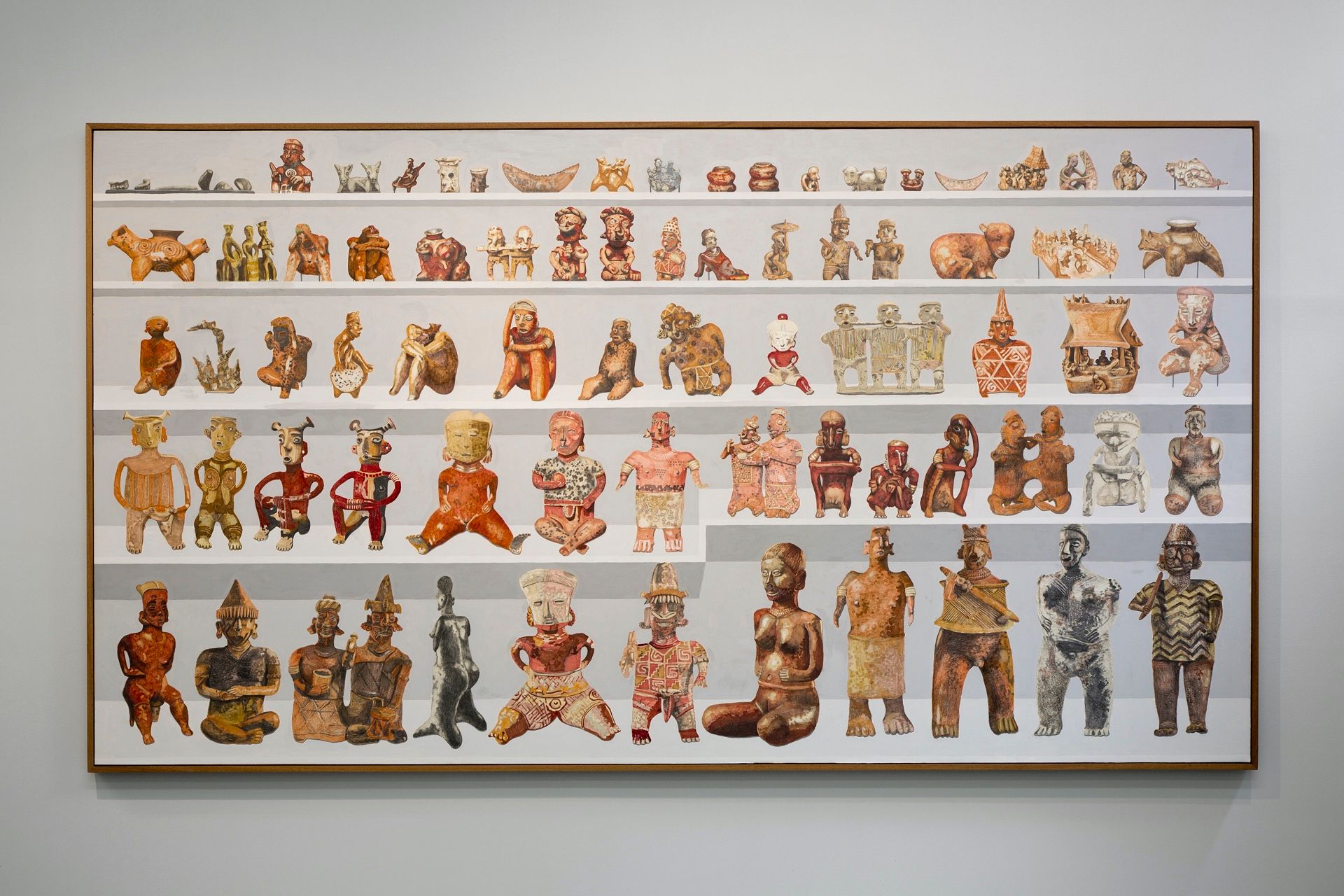 Gala Porras-Kim's work analyzes and questions the way in which we acquire knowledge, as well it considers the potential of the artistic object to function as an epistemological tool outside its traditional context in art history. This interest comes from a research-based practice, which aims to consider how intangible things (sounds, language, history, etc.) have been represented through different methodologies in the fields of linguistics, historiography, and conservation.

An index and its settings presented at LABOR, is the second in a three-part research project based on the Proctor Stafford collection, a compilation of 235 ancient ceramic burial figurines and vessels (approximately 200 BCE - CE 500) from Colima, Nayarit, and Jalisco on Mexico’s Pacific Coast, at the Los Angeles County Museum of Art (LACMA). The project is divided into these three states, and addresses the naming stipulations, its provenance, and the histories we can construct from the information available accordingly.

The first part deals with the naming conventions of the collection, and the relationships between private ownership and public institutions, as seen through the building and validation by the institution of Proctor Stafford’s legacy though these antiquities. The second part refers to the known contexts in which the ceramics are known or projected to be found and the provenance it has acquired since then, The third part is about the stories that these objects can tell us from themselves. 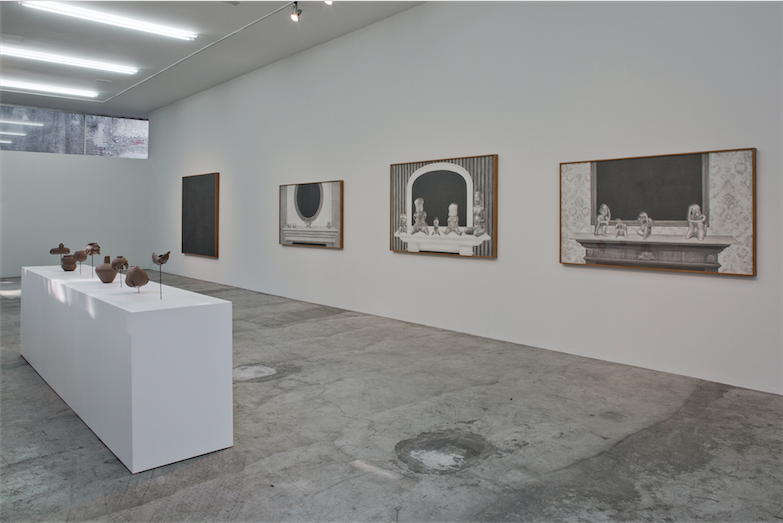 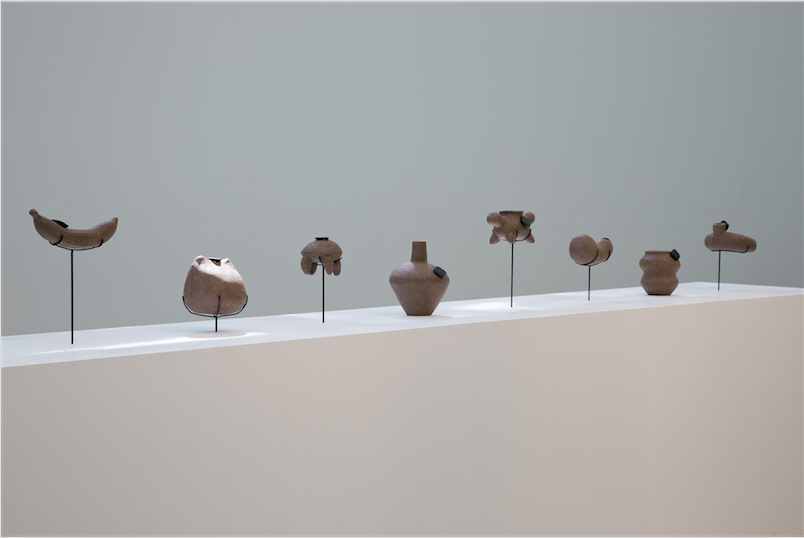 78 west Mexico ceramics in a grave is a photorealistic graphite drawing on paper of the original setting of these funerary objects, an underground grave. Other works such as 4 multi-headed animals on a mantel, 4 figures with their hands raised on a mantel, and 5 seated nudes on a mantel also refer to the grave and are projected settings by Proctor Stafford who claimed in an interview with a LACMA curator that before being in the museum's collection, the pieces were used to decorate mantels, becoming decorative objects, losing their primary function.

78 west Mexico ceramics from the LACMA collection: Nayarit Index is a large format drawing that shows an alternative index made by the artist in which formal attributes of the antiquities are emphasized, showing us the aesthetic characteristics of a geographic and cultural area. For this work, the artist indexed the ceramics by size, since their formal qualities are the only things we can be factual about.

Future artifacts after west Mexico ceramics: The Los Angeles Index, 7-14 are objects based on the objects in the collection. The lack of information about the provenance of the objects before Proctor Stafford collected them is one of the largest questions. These new pieces, unlike those of the museum collection, will generate, with an embedded GPS, their own history being always locatable. 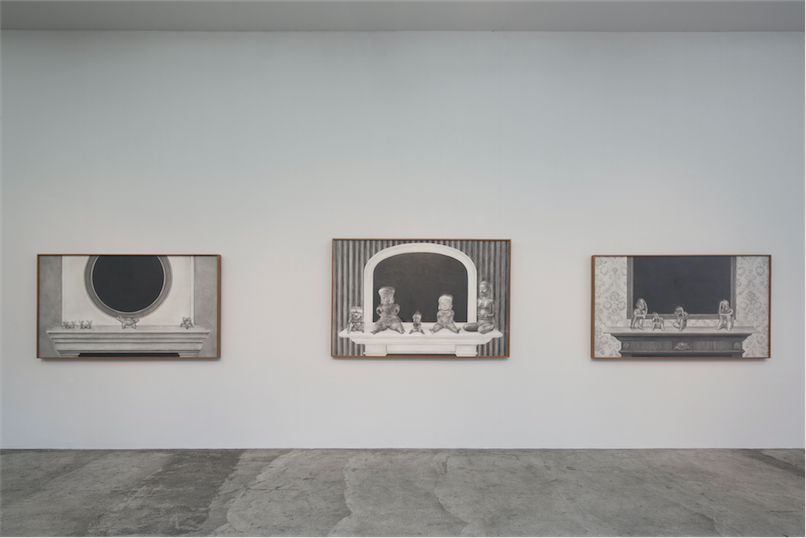 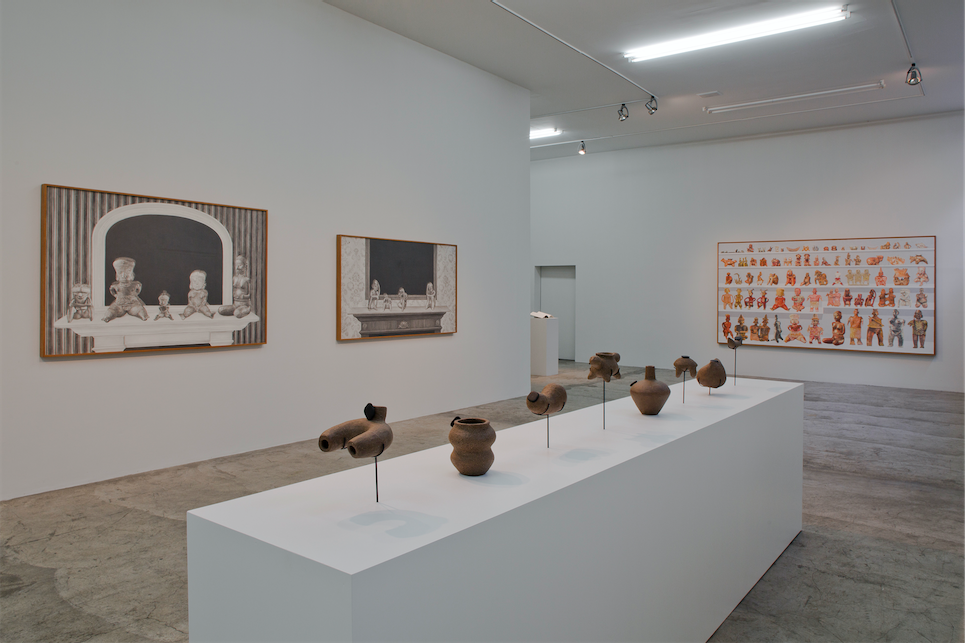