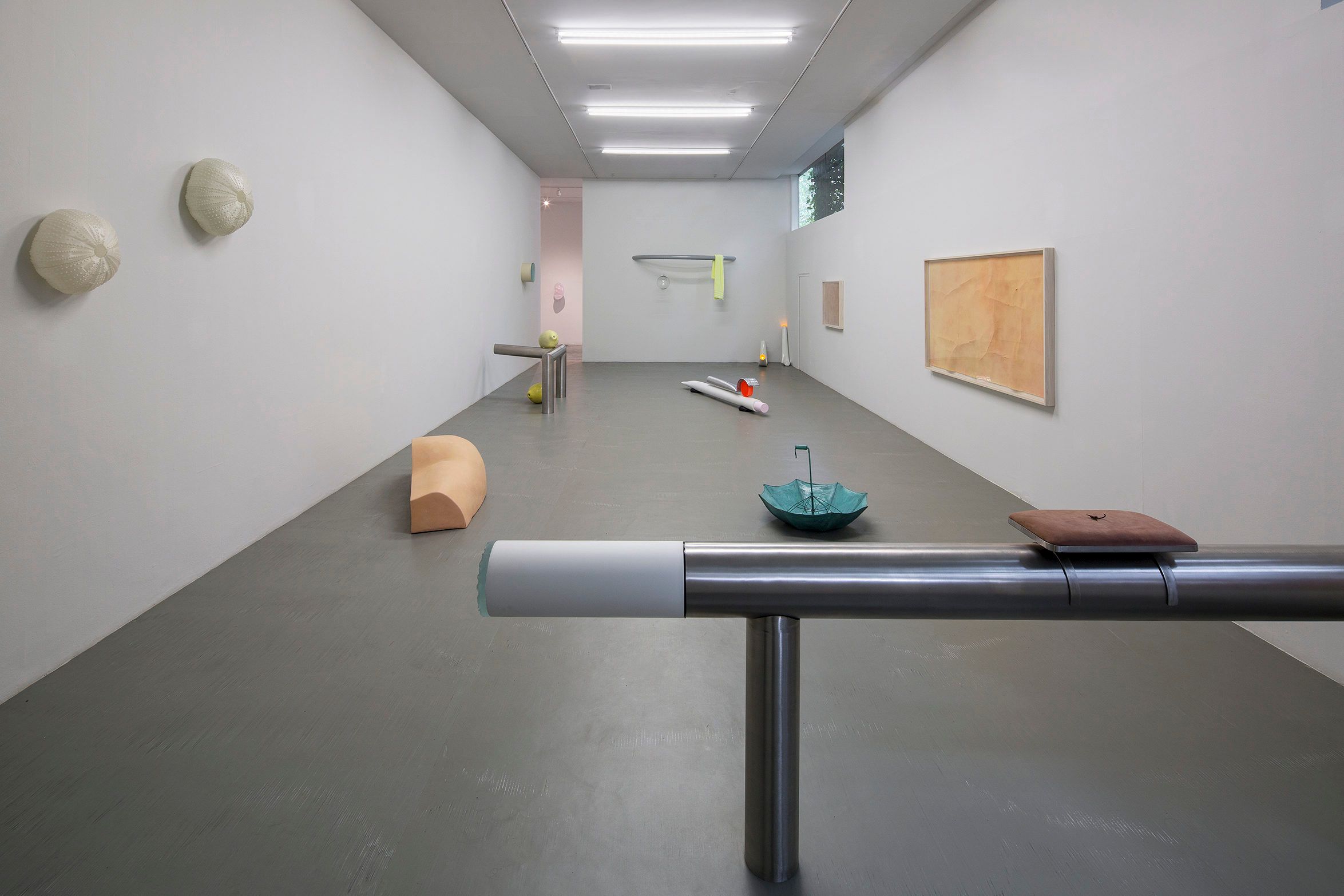 Since the beginning of the 2000’s, Guillaume Leblon has explored the expanded field of sculpture. Through his diverse practice, ranging from sculpture and site-specific installations to film and performance, and his astute manipulation of the built environment, Leblon has acquired a prominent position in the contemporary art world.

Leblon’s oeuvre sketches an intriguing world that shifts between abstraction and figuration while questioning the ceaseless tension between materiality and immateriality, appearance and disappearance, creation and destruction. Leblon manipulates shapes and segments borrowed from the everyday, including natural, domestic, autobiographical and architectural habitats so as to evoke the uncanny and ephemeral and to affect as well as stimulate spatial and temporal perceptions.

Although Leblon’s objects are designed as conceptual structures, they often function on a poetic level. In his universe, the familiar grows unfamiliar and immediately recognizable references turn emblematic and metaphorical. In so doing, he avoids intellectual determinism and encourages multiple readings based on personal experiences.

Leblon first show in Mexico is called AEROSOL. The title comes from the inherent structure of this material: the suspension of fine solid or liquid particles in gas, smoke or fog that mist the atmosphere and flood the space, not a void but the cohesive force that constructs the materiality of the show. 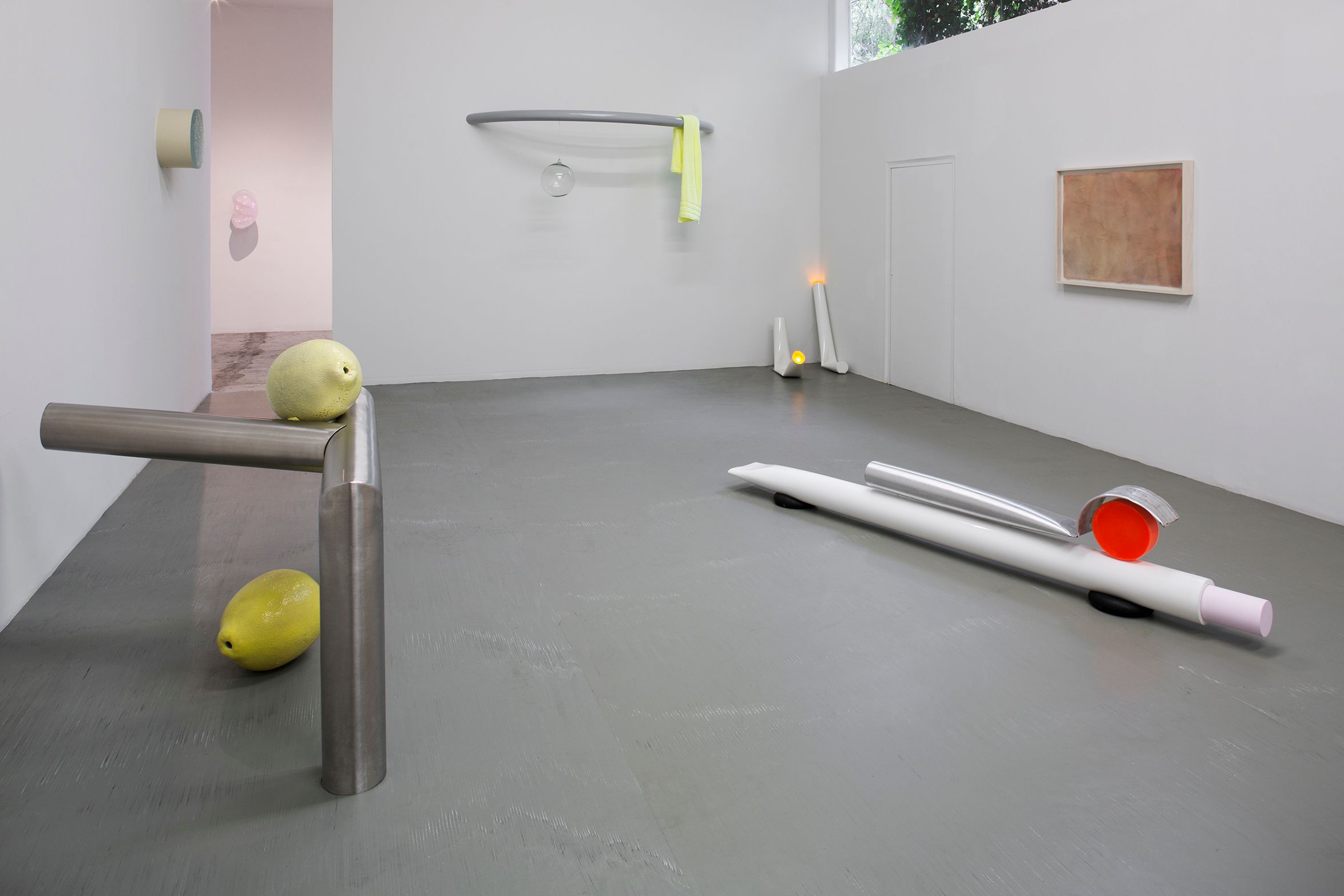 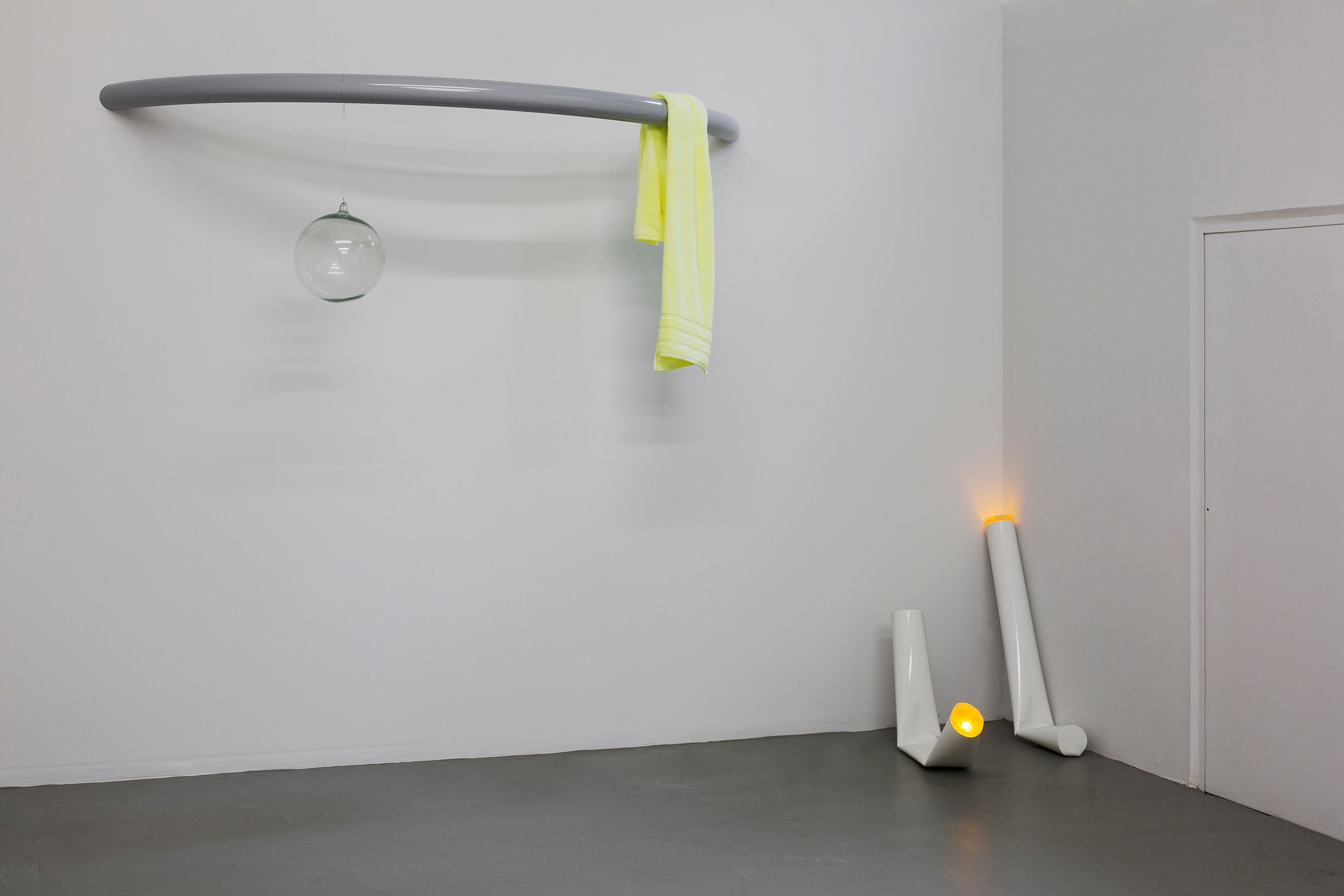 Sensuality charged with a humorous undertone of deviant voyeurism and even slight pervert allusions, we have a chance to conceive that the body absorbs everything around it, reminding us of our primal instincts like oral fixation, breathing, breastfeeding and mating. Our organism transports the absorbed particles and transforms them, meaning that everything that is outside our body crosses us and affects us. The installation works like a living organism, full of objects where time converges and the evanescent and tangible merge. With a strong and seductive material presence the artist allows these symbols to tell new stories.

Inhalation is the first act of the living body, and the last act before death. Each one we take distributes the body with information / particles that we sponge up and transform incessantly.

A series of drawings depicting atmospheric elements, like pollution or humidity, made from dry pastels where in the process of making the artist submerges in clouds of its residues and explores the different layers that the ambience produces within a landscape. Combining the same range of colors in different order, the results are a variation of shades variating from human flesh to wild cherry tones.

The presence of a layered shell or jellyfish in the gallery, whose transparency and texture reminds us of the morphing intangibility, the appearance and disappearance of subtle light, like a night-table lamp that portrays our humanity as being held in the backburner for posterior and ulterior motives.

The relationship within a color system and pipelines, provide AEROSOL with the imaginary of how body and sculpture are crossed, as well as how we embrace with our bodies the anatomy and ergonomics in design with new technologies for inhalation and the intimate relations we create, like mouth to vape or a discarded wet towel in a bathroom. 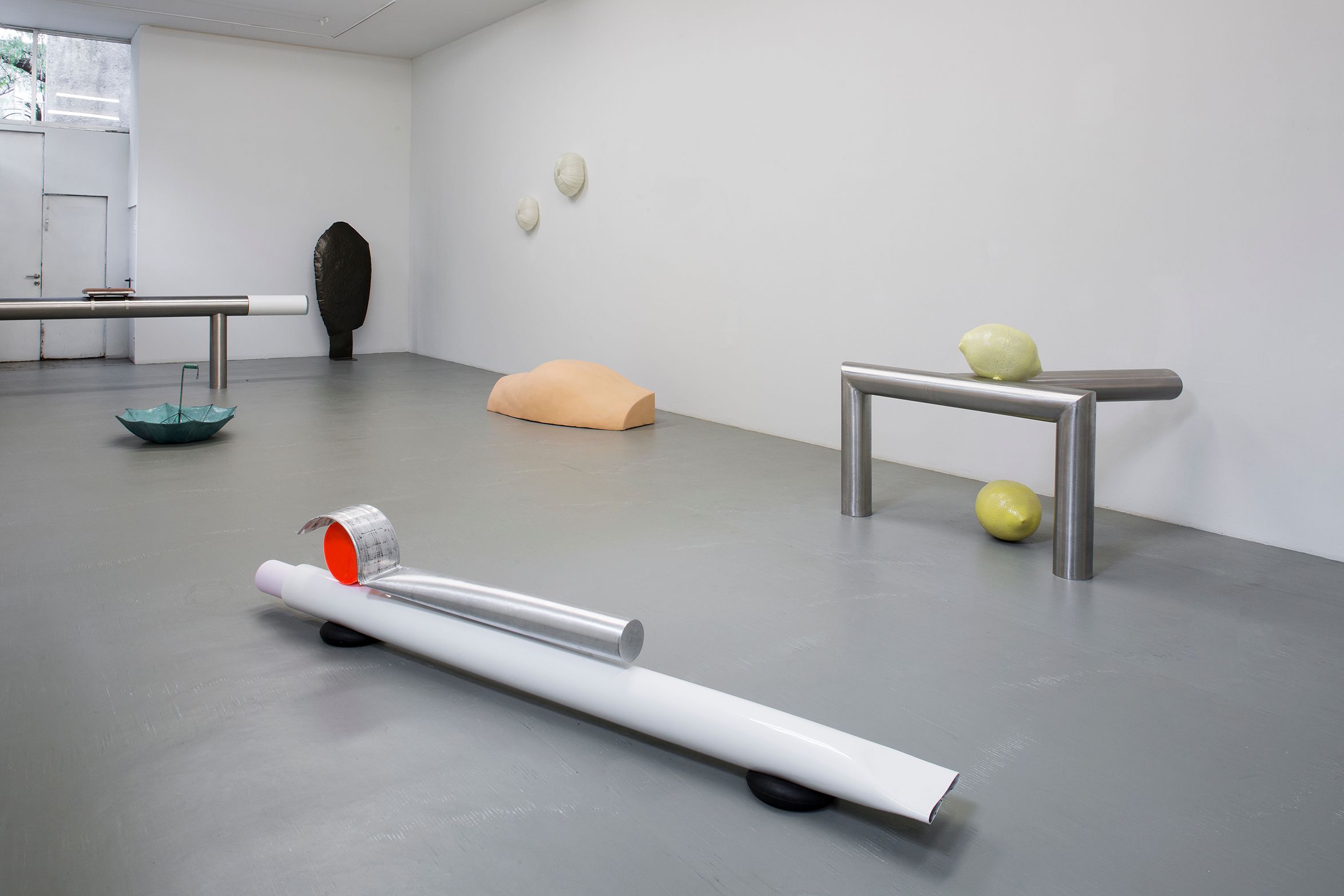 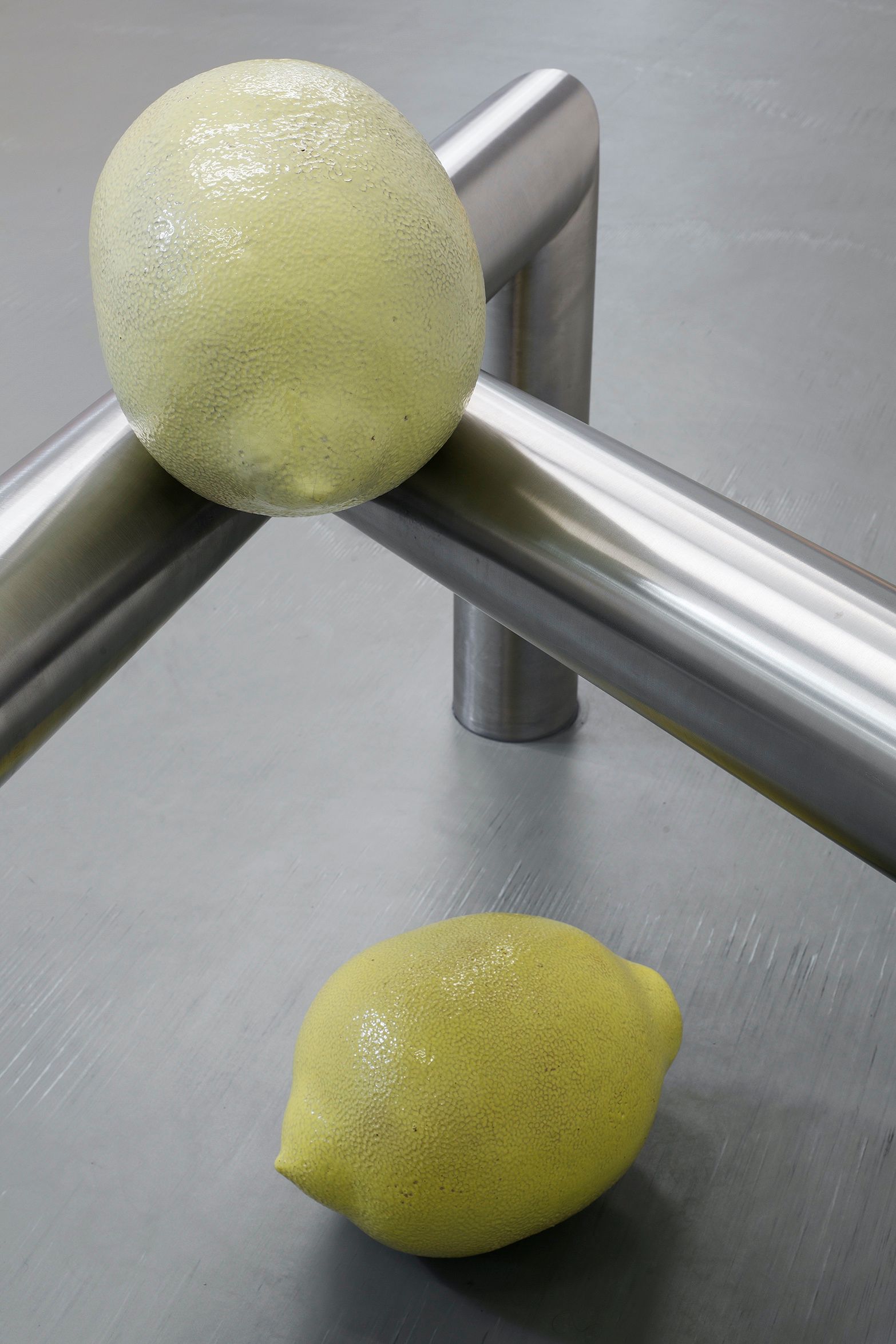 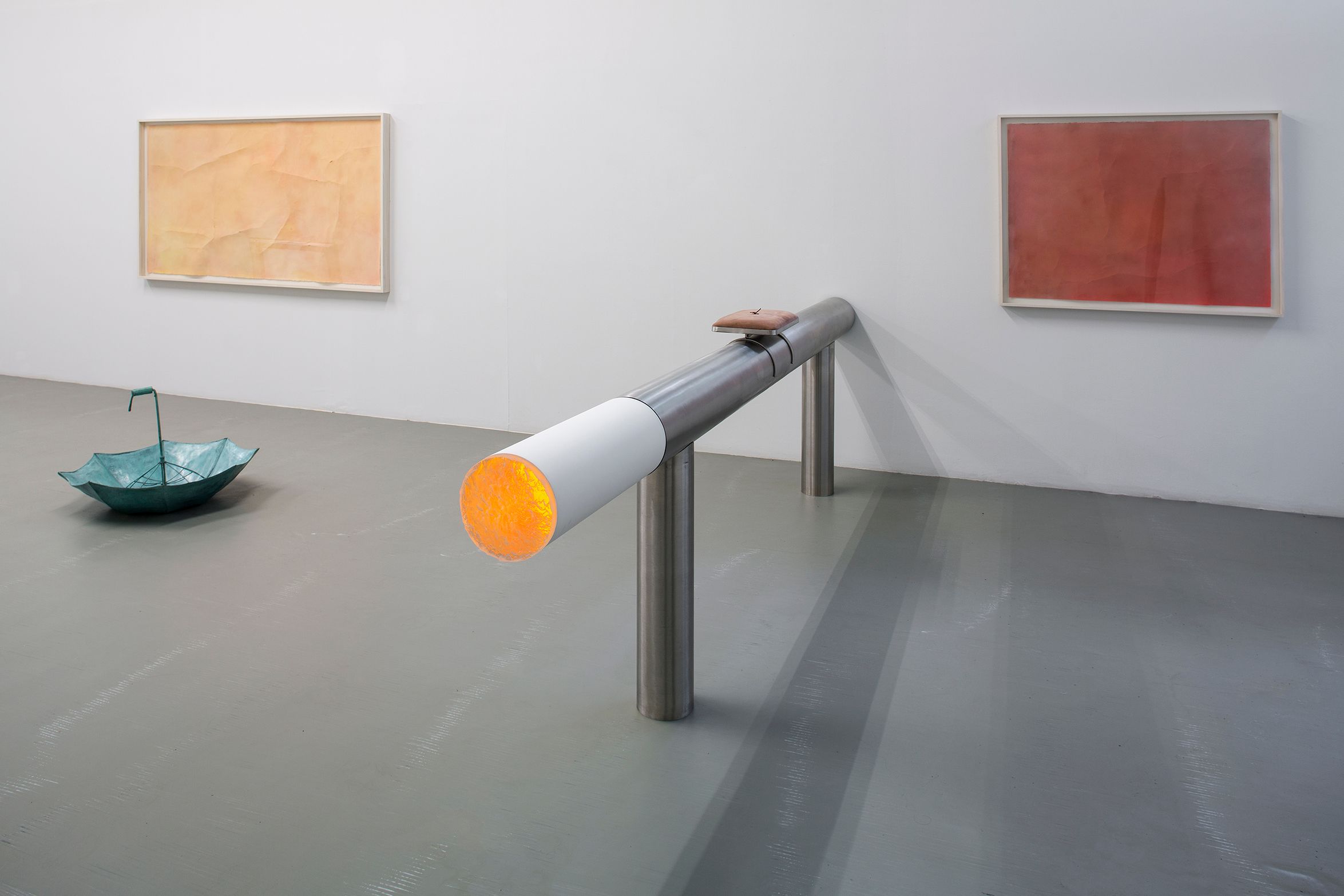 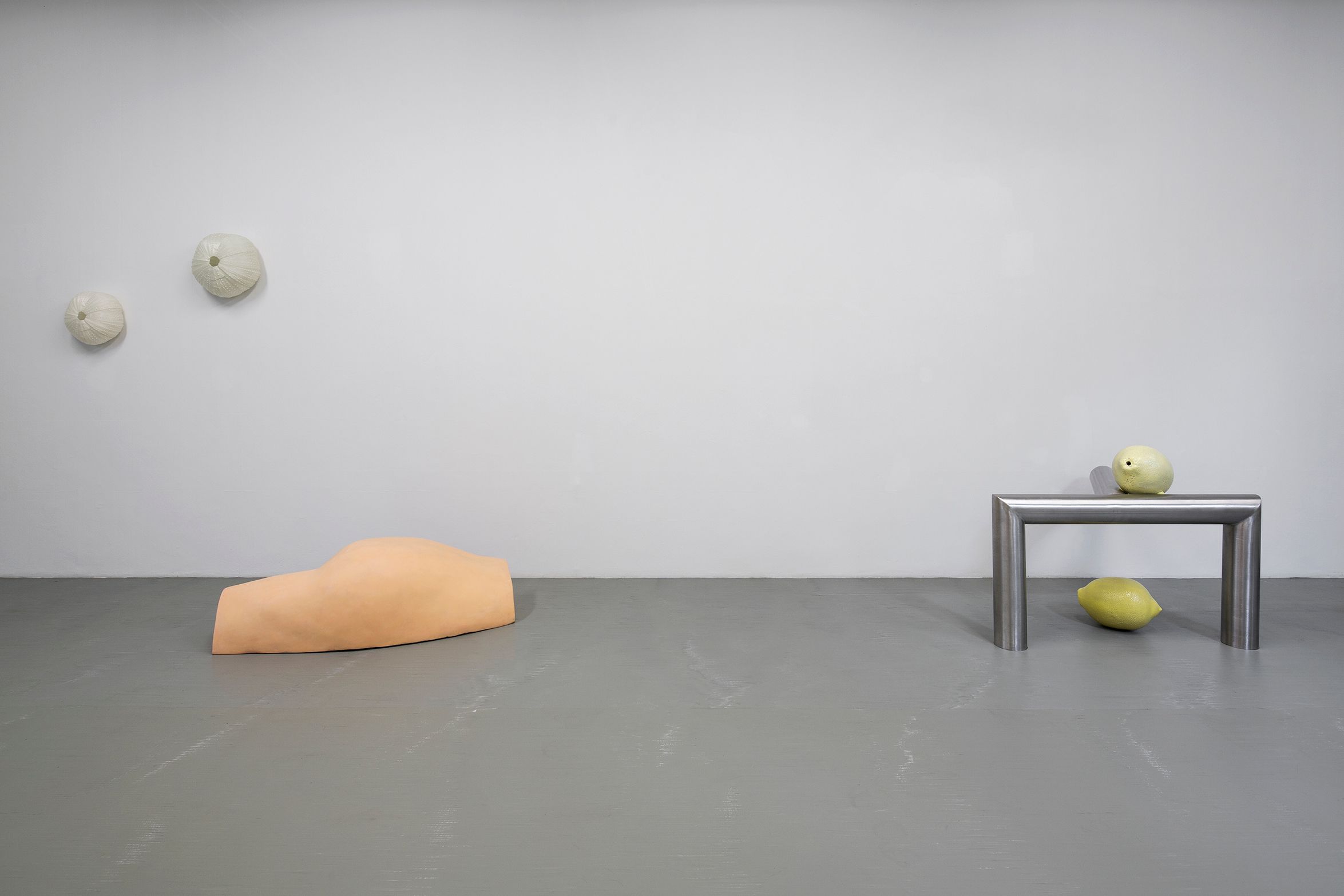 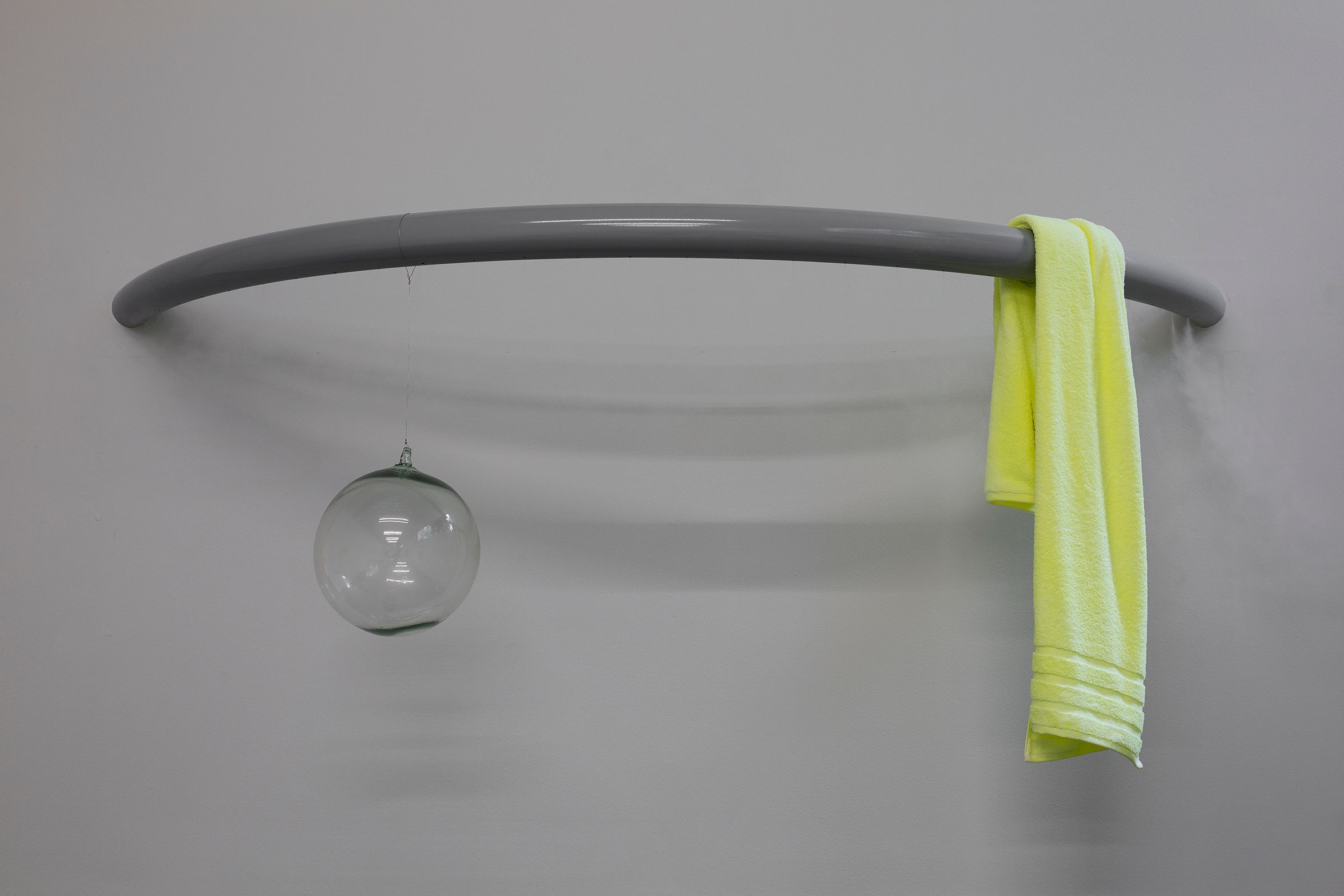 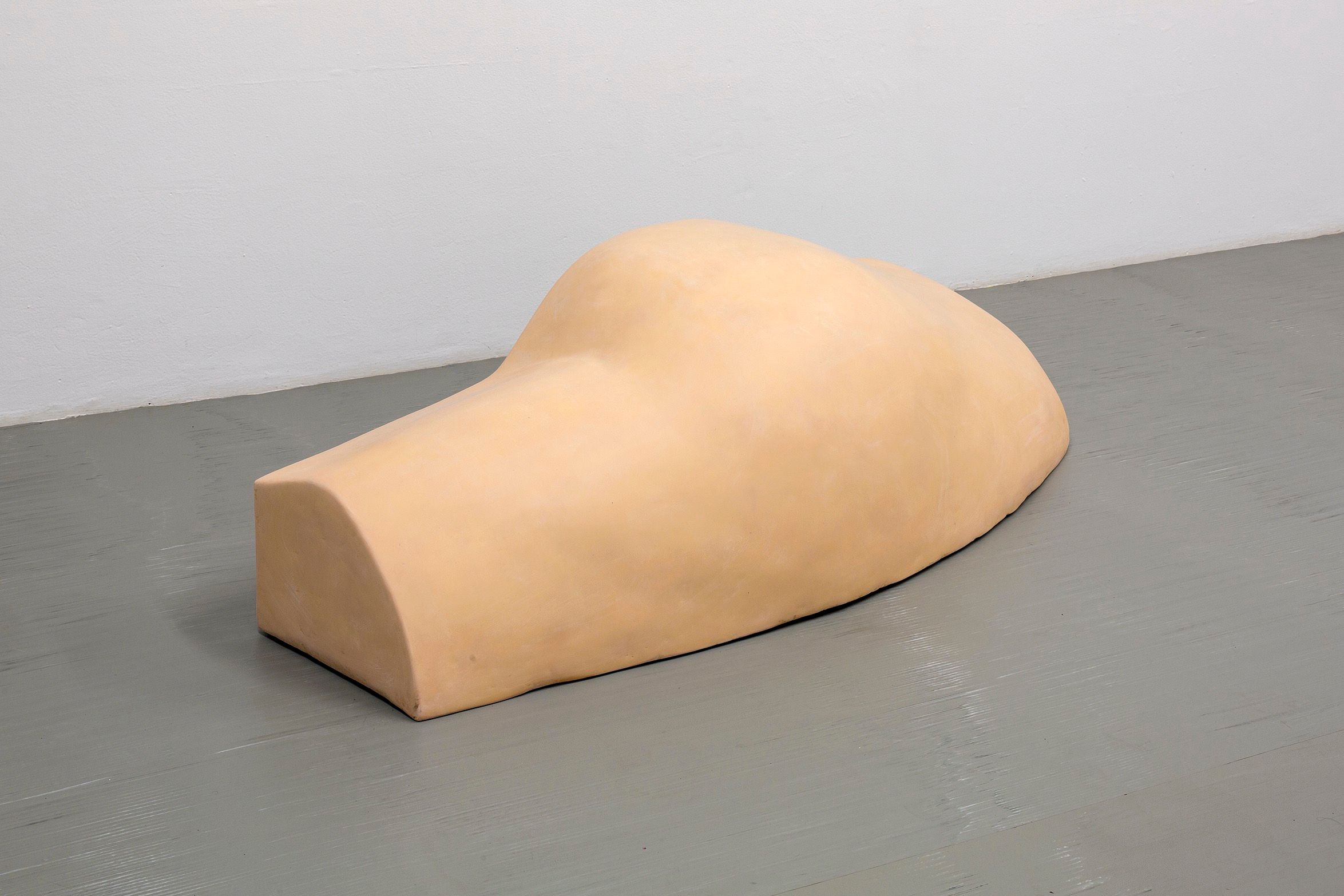 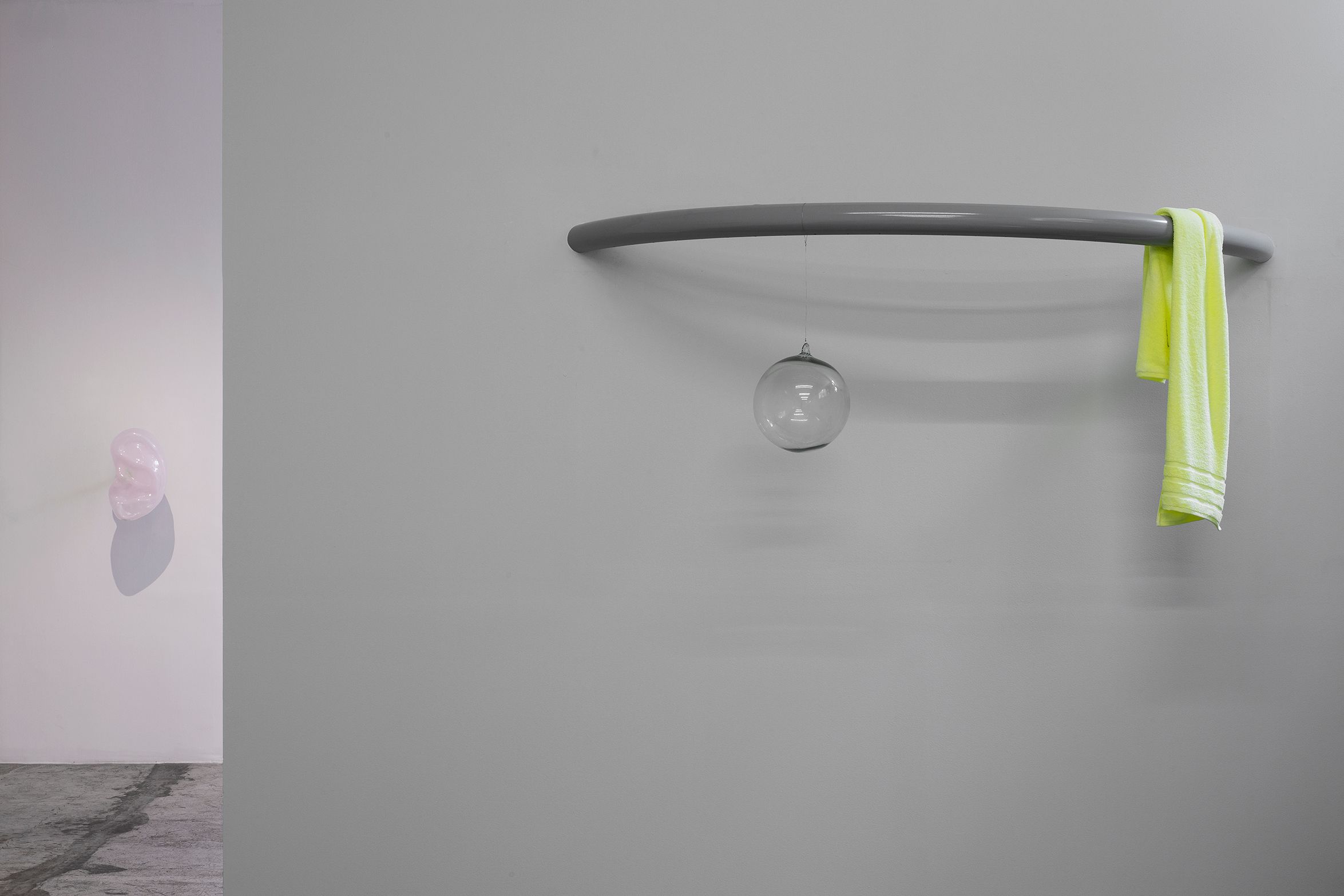 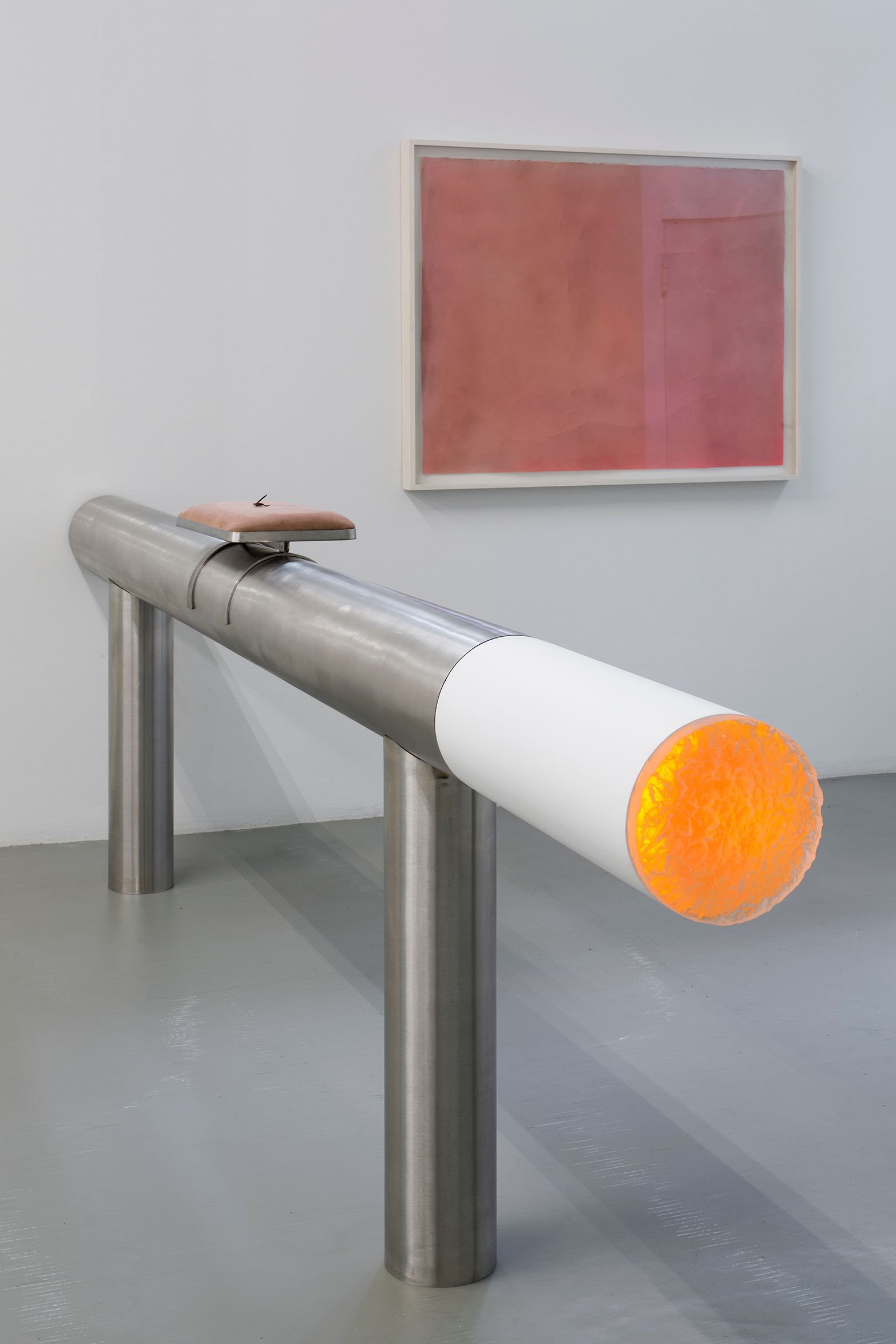 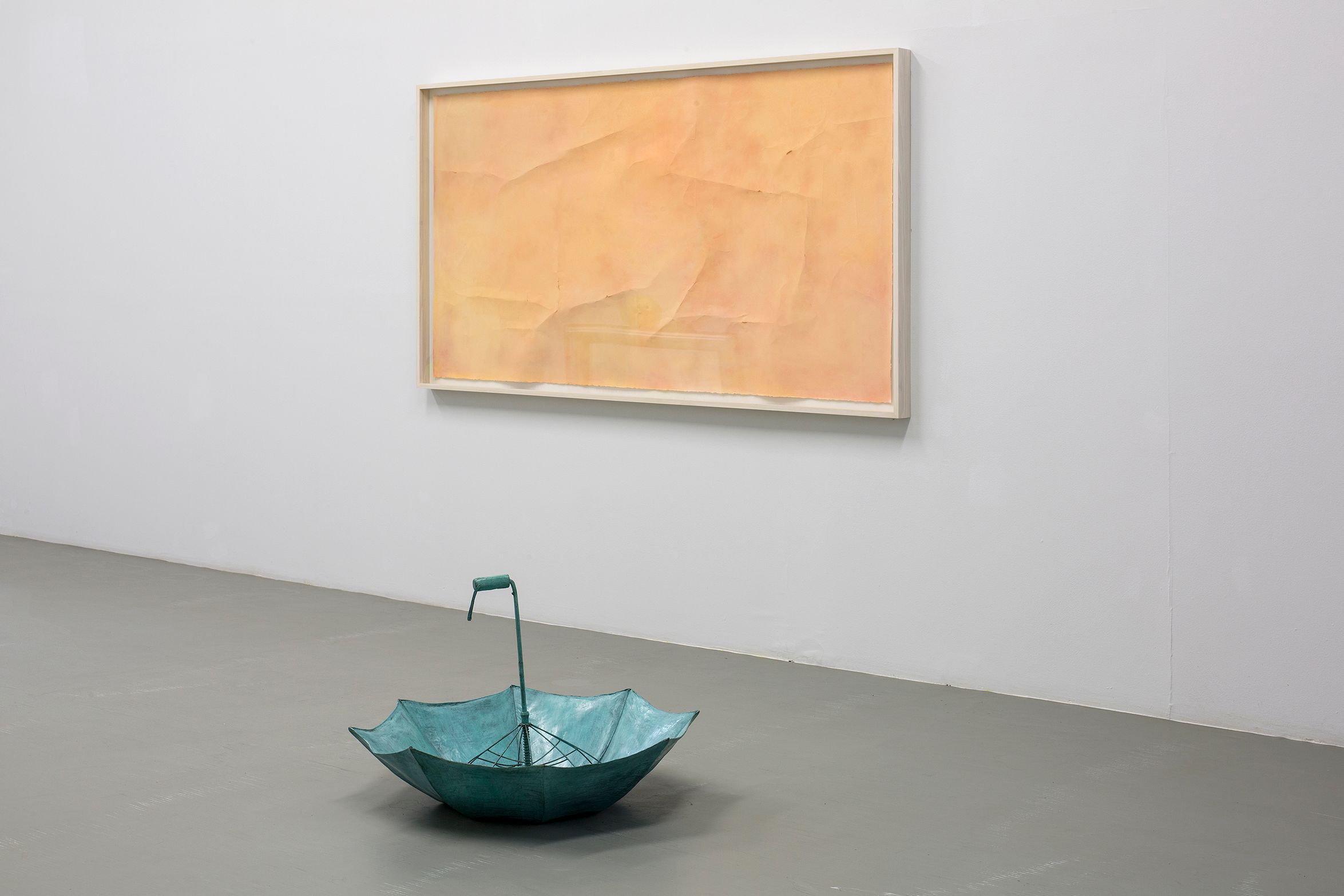