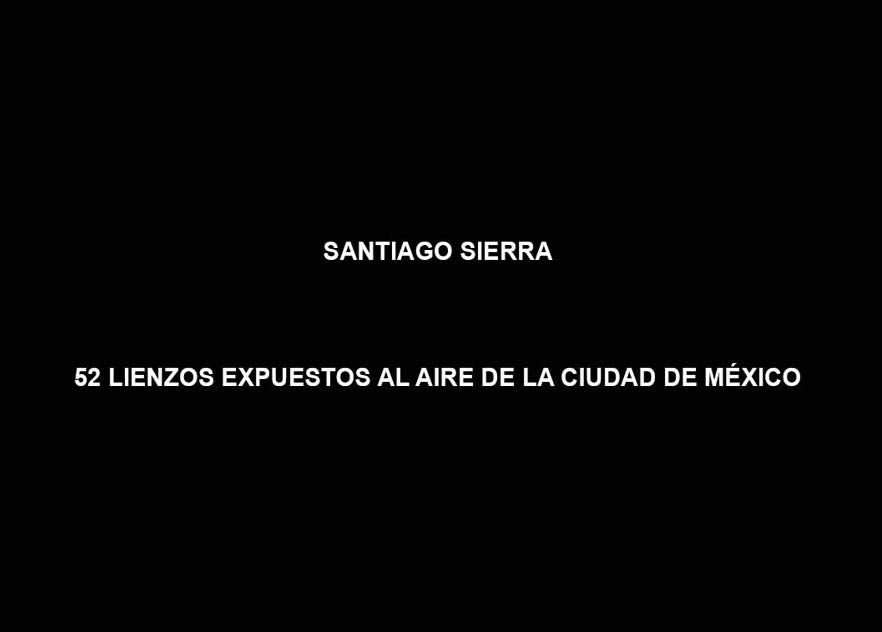 Indebted to the premises of minimalism and conceptualism, Santiago Sierra (Madrid, 1966) has produced a body of work shaped through sculpture, documentation, public acts, film projects, and photography to reveal the perversity of power and the capitalist system. Through his work, Sierra forces the spectator to experience the brutal nature of reality in light of the scenes he recreates; his strategy is to repeat the power operations that he himself criticizes.

52 lienzos expuestos al aire de la Ciudad de México is composed of 52 canvases with an adhesive that were located reposing on the floor ready to receive whatever the environment might bring. Every week during a year, one canvas was removed, and taken to a conservationist to seal the contaminants captured by these witnesses of the precipitous decline of air conditions in Mexico City’s notoriously polluted environment. —A blight that earned the capital the dubious distinction of most polluted megacity on the planet in 1992*.

52 lienzos expuestos al aire de la Ciudad de México not only refers to Mexico, as the rest of the world’s urban areas and their associated congestion continues to expand, most countries are witnessing increases in airborne contaminants, from noxious gases such as nitrogen oxides and ozone to fine particulate matter such as dust, soot, and nanospheres of metals that penetrate deep into the human body.

Time being a crucial element of this equation, the piece brings a sentiment of urgency that supports the militant voices of our time.
The World Health Organization’s officials gathered blunt data in the same scientific manner as this oeuvre. Statistics show that polluted air is implicated in more than 7 million premature deaths per year, visually this piece manifests this process. 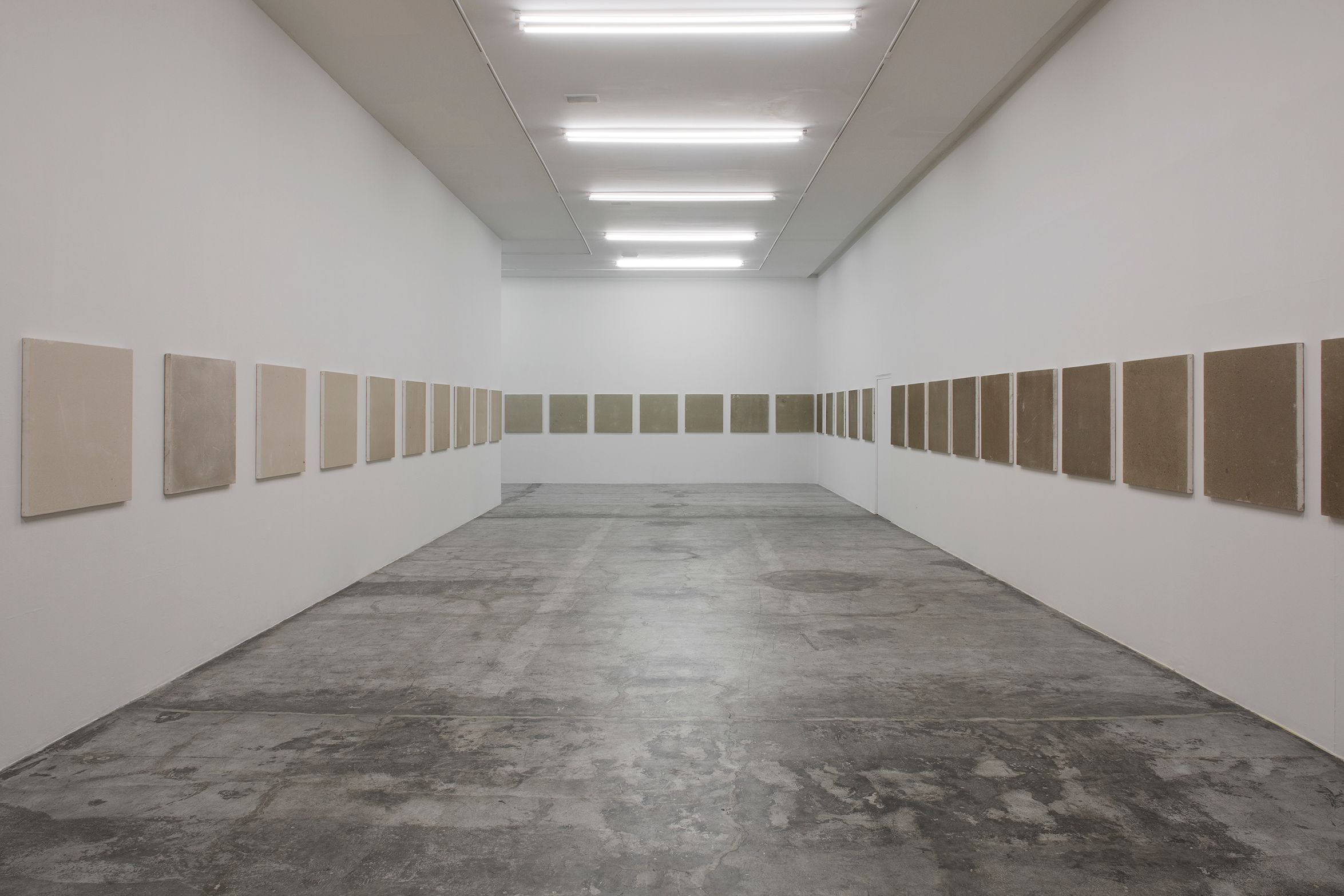 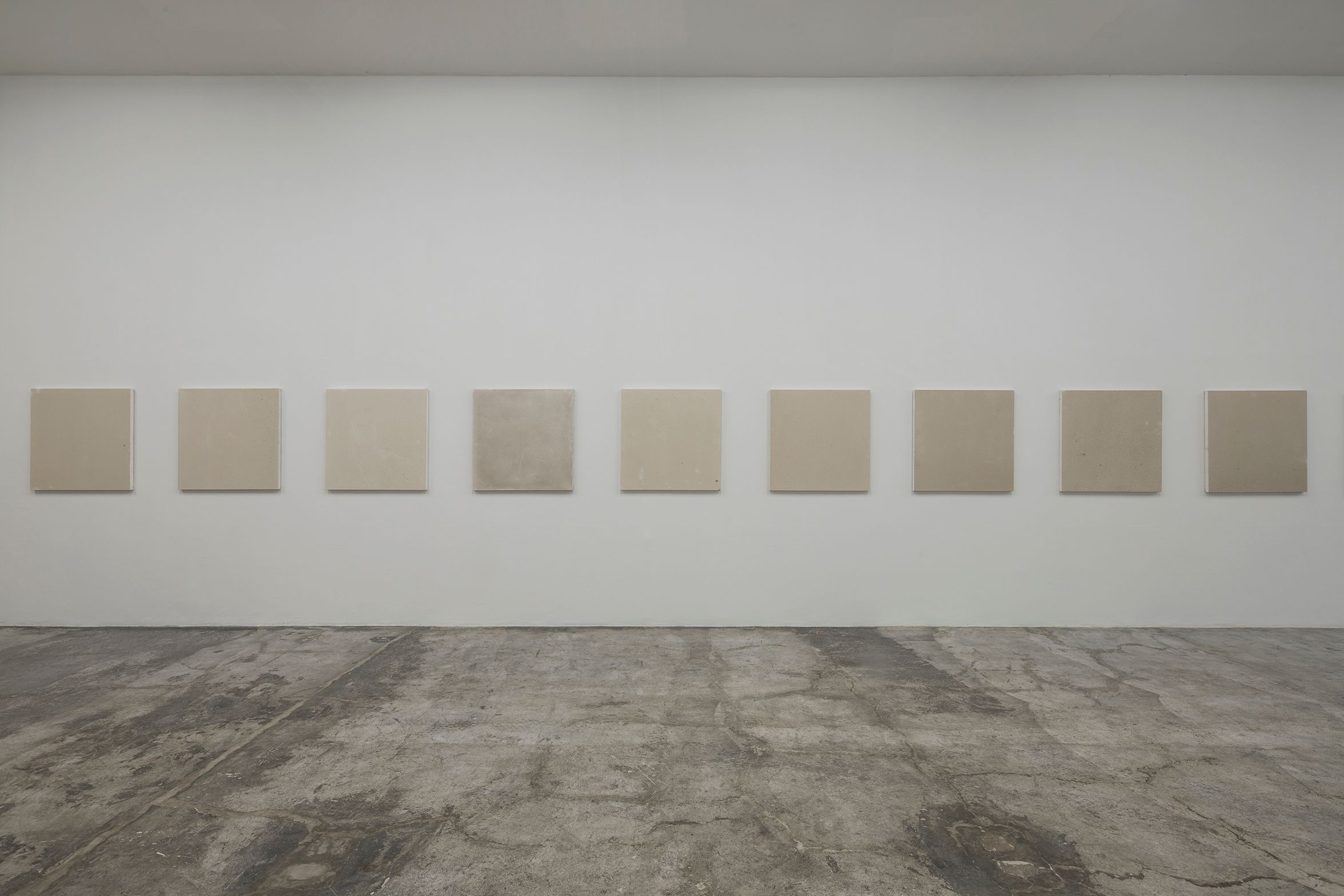 Analyses realized at laboratories to a canvas exposed to Mexico City´s air during 52 weeks, gave results of 150 UFC/cm2 of coliform bacilli (fecal matter) this is 50% over the limits of pollution considered risky (100 UFC/cm2), causing severe health damages, even polluting street food, causing: gastroenteritis, breathing problems, conjunctivitis, just to mention some of hundreds of diseases caused by these.
The normative is not homogeneous or rigorous enough, the government has very lax allowed maximum limits, even if compared with those of the World Health Organization from 2005. The WHO considers that the concentration of fine particles should not pass the 40 micrograms per cubic meter, while the Mexican regulation considers the limit to be 57 micrograms per cubic meter. We have norms that exceed the WHO limits in 1200%.
52 lienzos expuestos al aire de la Ciudad de México is a subtle gradient transition that smudges the whole gallery space, with each canvas increasingly speaking louder about the notorious decay of our values and our priorities, and the embarrassing negligence of our system, where debasement and corruption is the legacy for our own species.
Art being one of the few agents that can foster truth and change, Santiago Sierra´s body of work is a testament of our time.
We thank Laboratorios Olarte and Akle for their support. 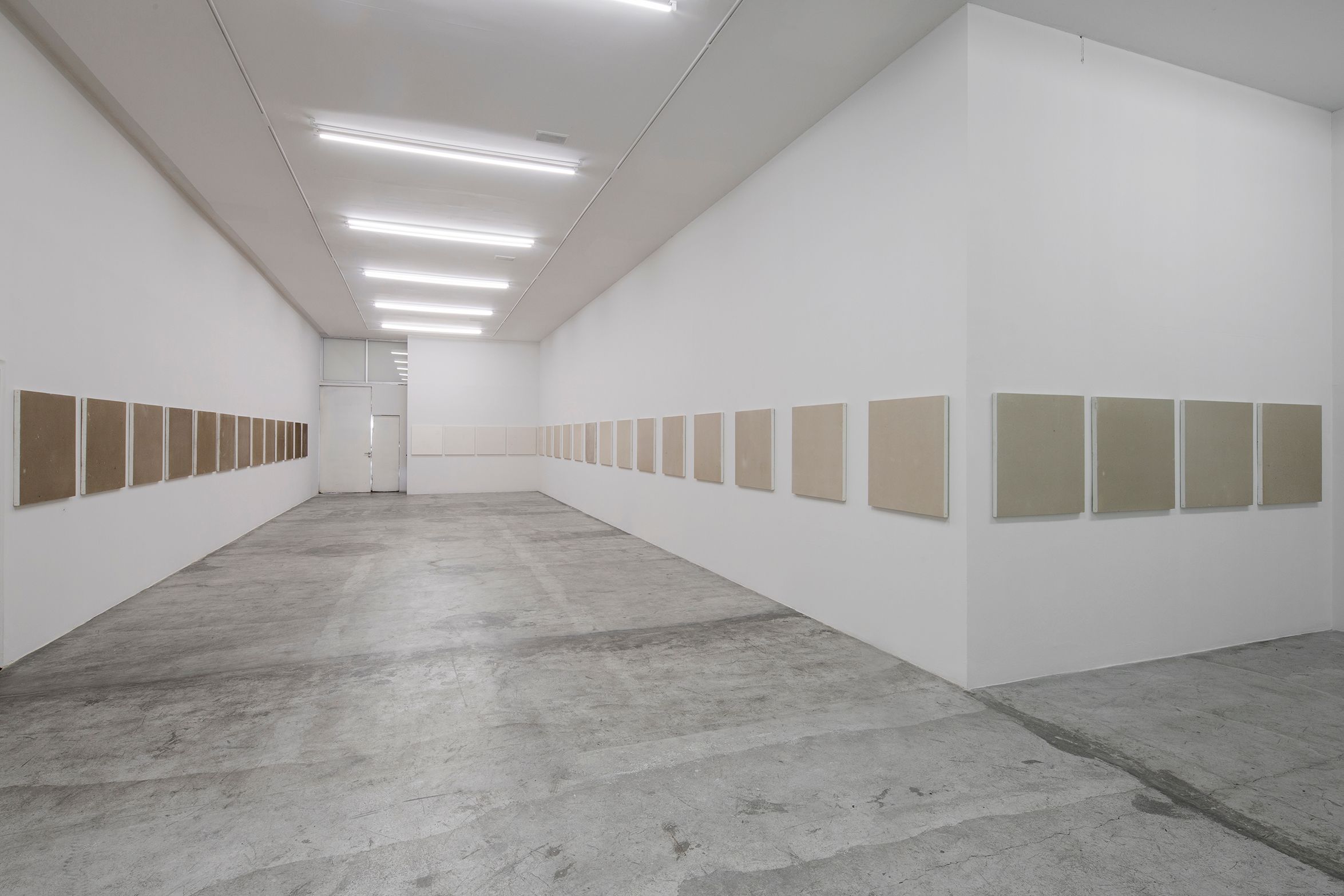 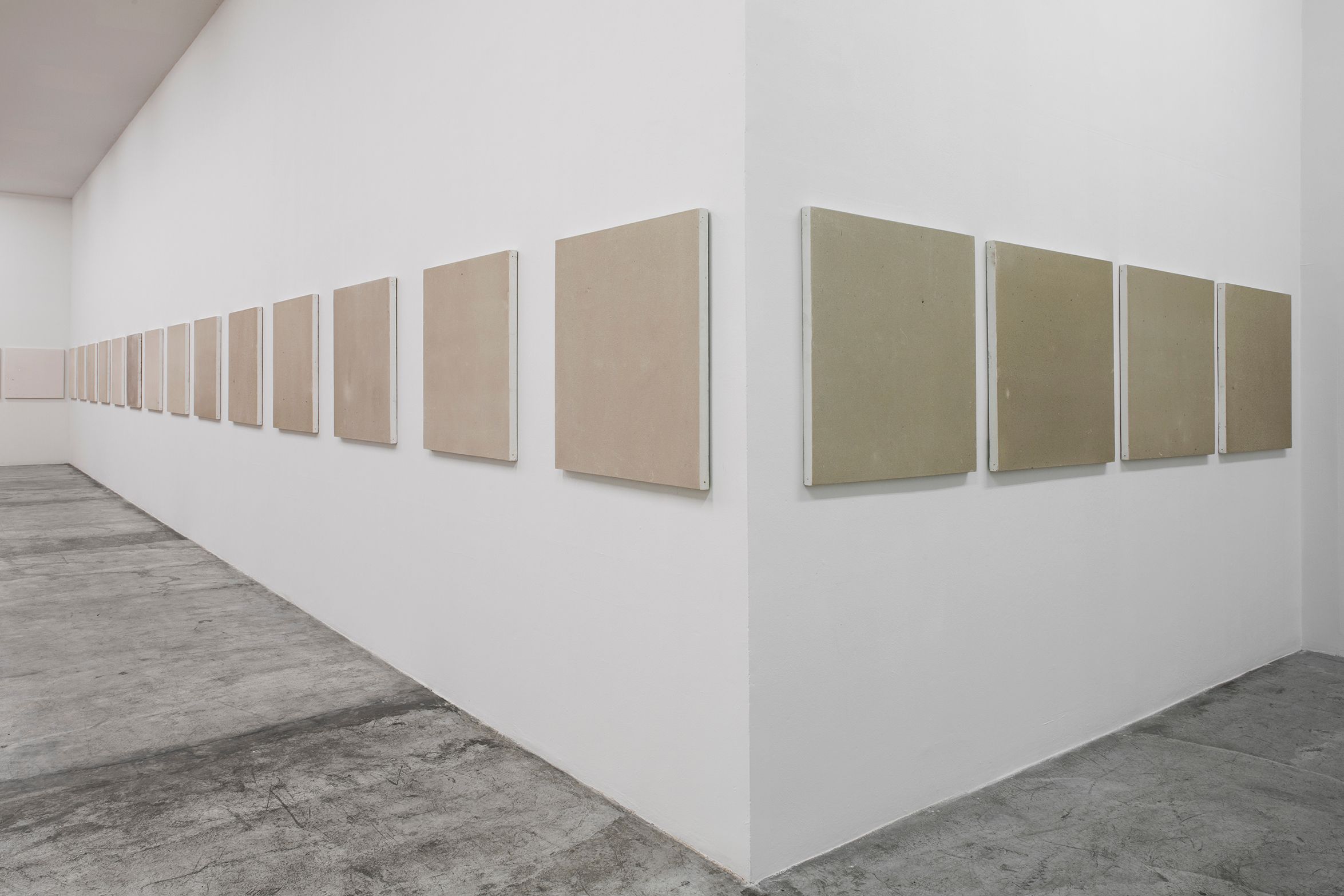 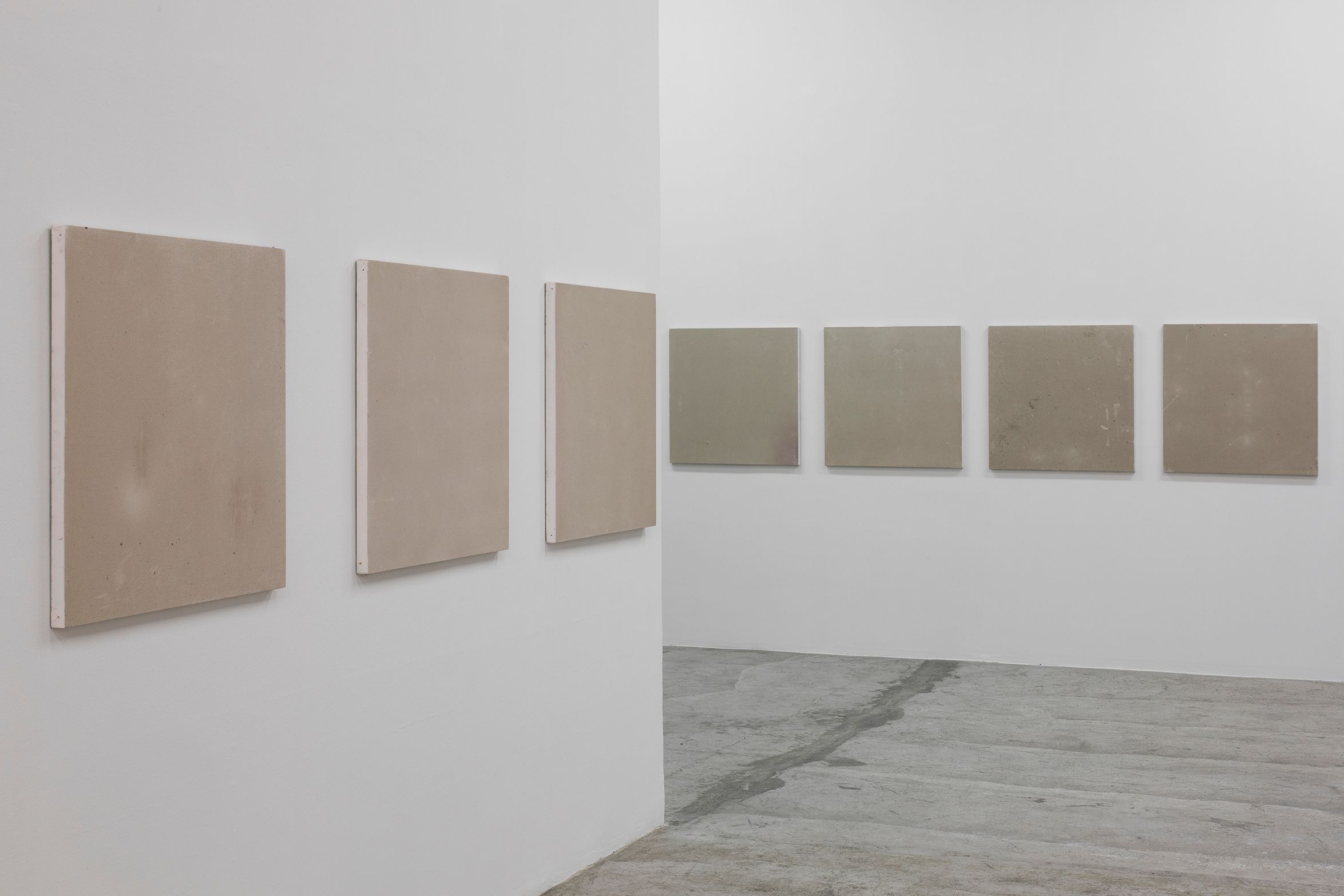 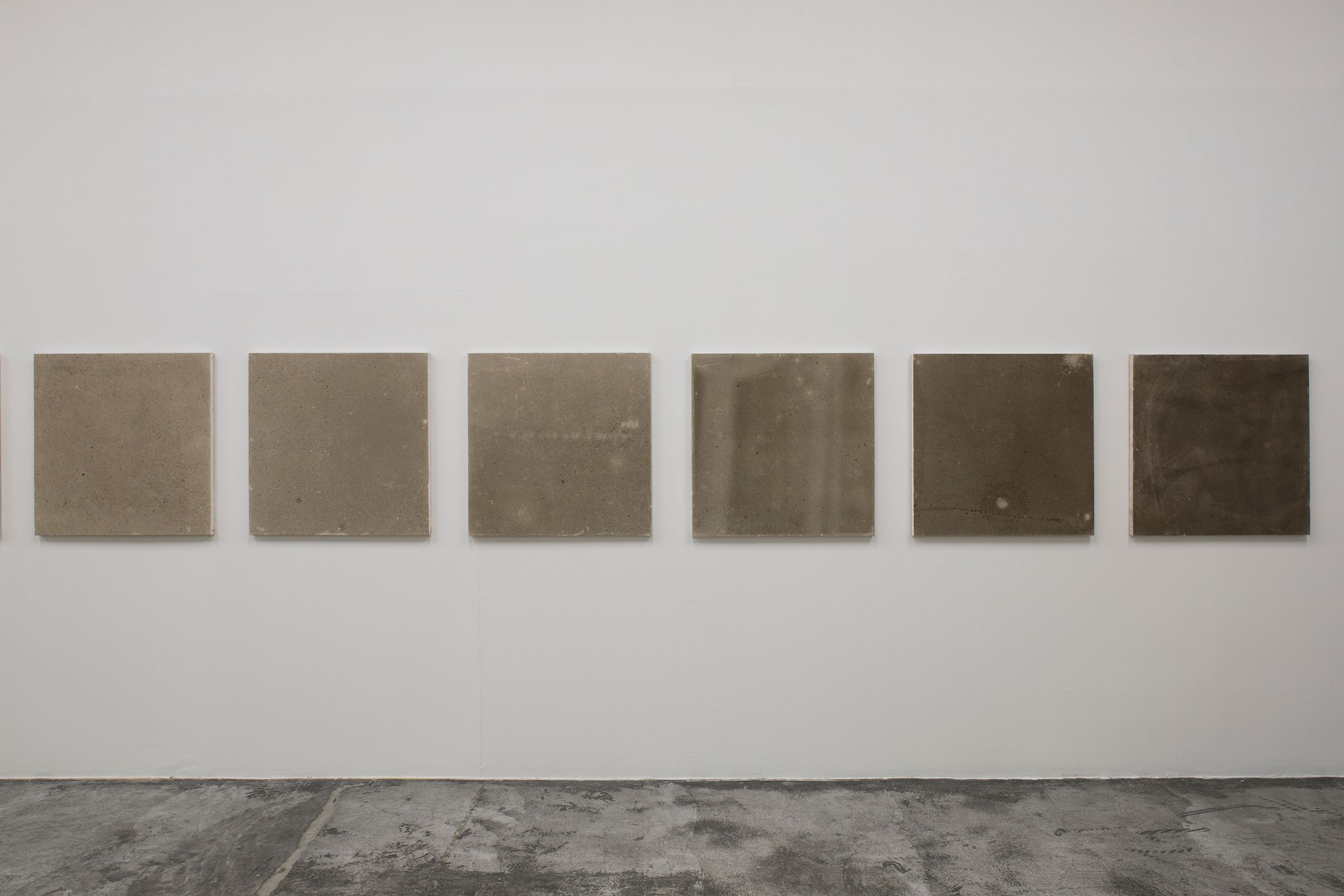 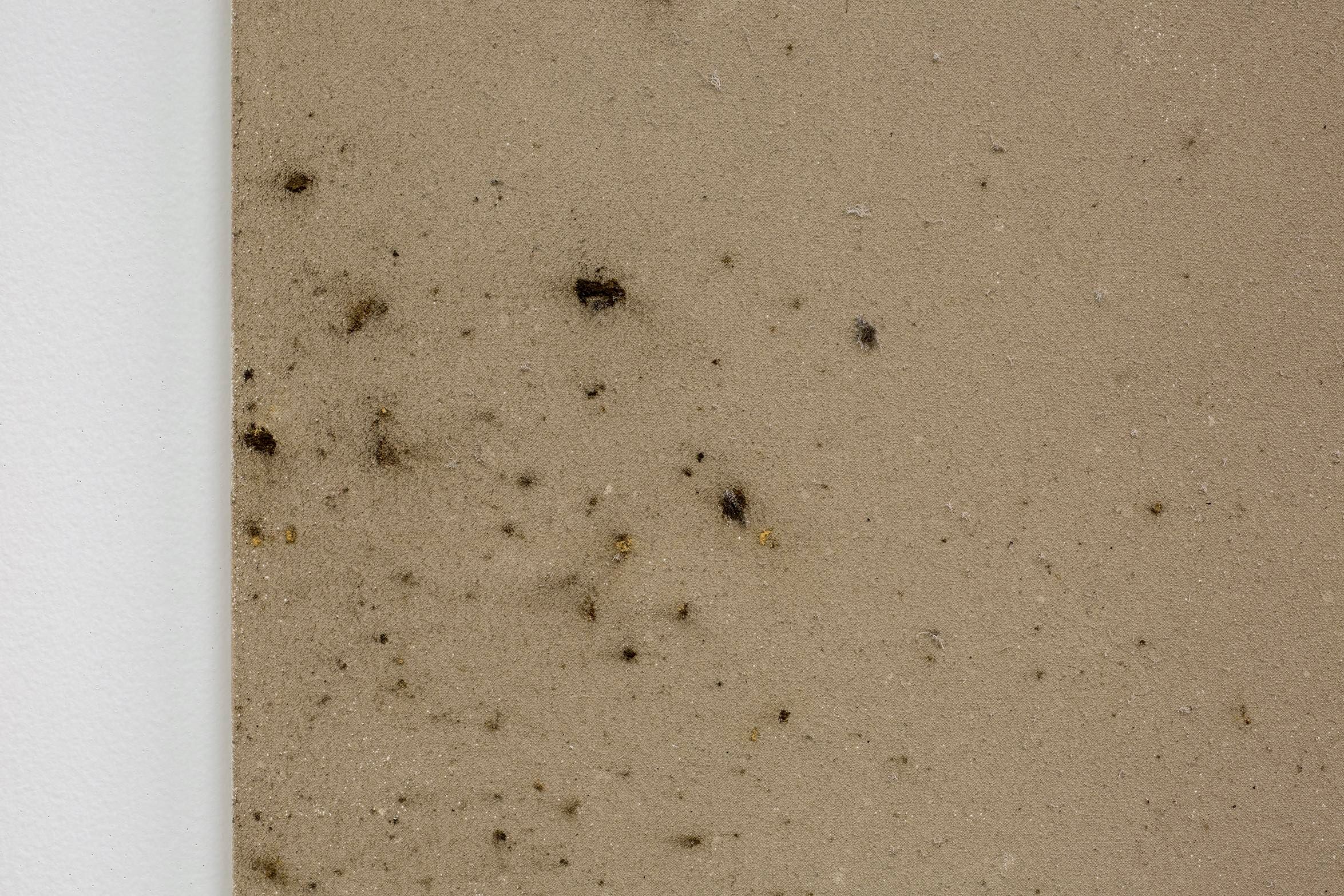